The M4 is a new range-topping version of our reigning Coupé of the Year, but is it better than its arch-rival from Mercedes' AMG performance division...

With 503bhp and a bold new look, the M4 is certainly brawnier and brasher than before. But is it the new performance car benchmark?

The C63 is one of the most rounded and downright entertaining performance cars currently on sale. In other words, it will take some beating.

What do modern performance cars and video games have in common? No, it’s not arcade-like handling or synthetic engine noise, but the fact that they’re rarely perfect right out of the gate. The first-generation BMW M4, for example, felt far from polished when it was launched; in fact, its somewhat spiky handling balance made it rather intimidating to drive near the limit.

It took a number of revisions (or as gamers would put it, patches), including the creation of a sharper Competition model, before the M4 delivered the handling finesse that it had originally promised. And that brings us to the all-new BMW M4 you see before you. 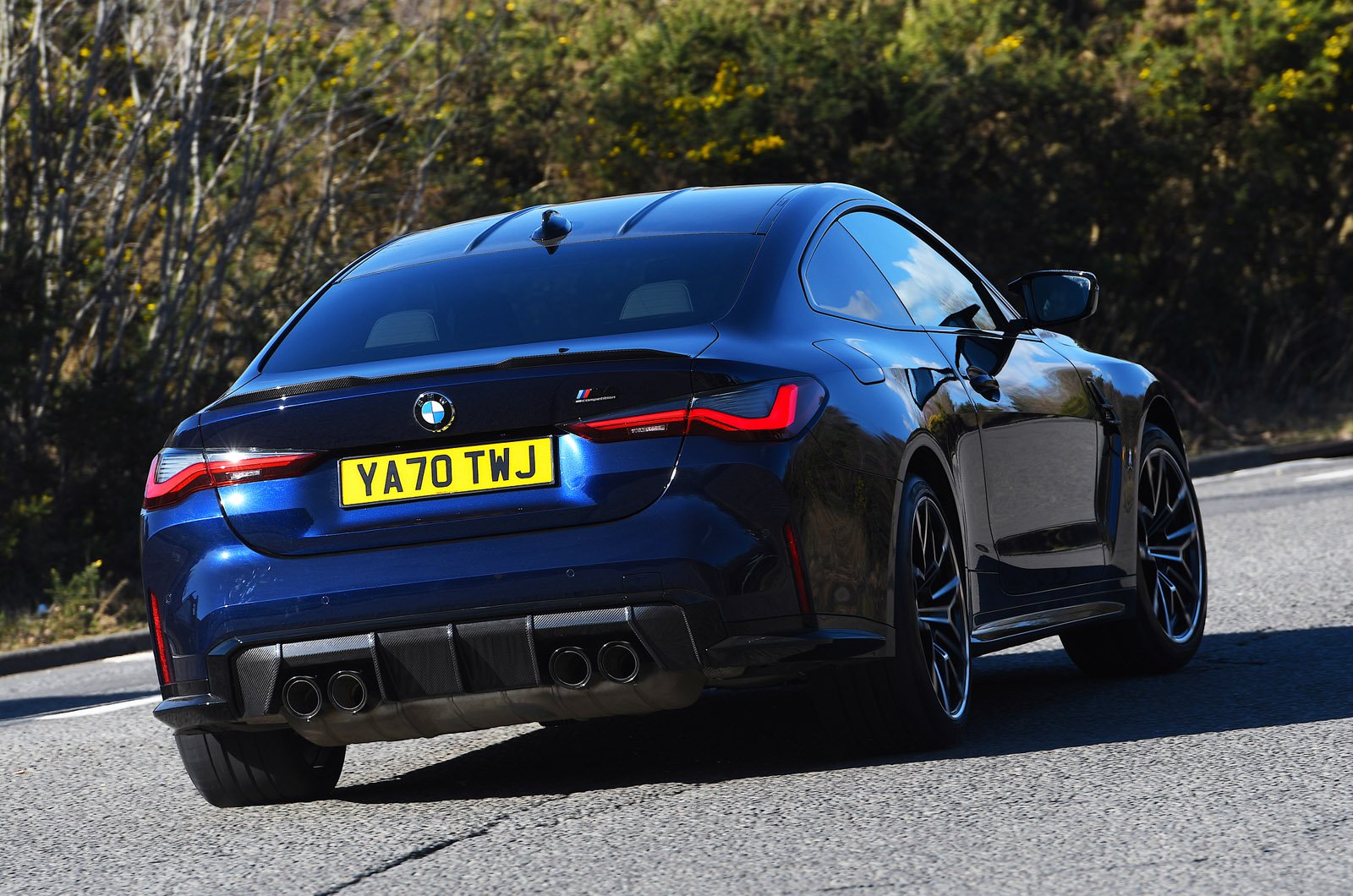 Rather than forcing you to wait for an M4 Competition to arrive, this time BMW is giving it to UK buyers as the default spec. That means an all-new 503bhp twin-turbocharged 3.0-litre petrol engine under the bonnet (the base model, not offered on these shores, has 473bhp), with power routed to the rear wheels via an eight-speed automatic gearbox.

The deep well of power is managed by a 10-stage traction control system, while adaptive suspension, M performance brakes (more fade-resistant carbon ceramic brakes are an option) and a traction-enhancing electronic limited-slip differential are fitted in an effort to ensure that the M4 corners just as well as it goes. In other words, it’s packed with driver-centric tech. But will it all work in unison, or will the car need debugging like before?

To help us find out, we’ve lined up its key rival: the Mercedes-AMG C63 S Coupé. This has now been on sale for more than half a decade, but the engineers at AMG have used that time wisely, tweaking and fettling the C63 to make it one of the most rounded and downright entertaining performance cars on sale. In other words, it’s the perfect litmus test for the new M4. 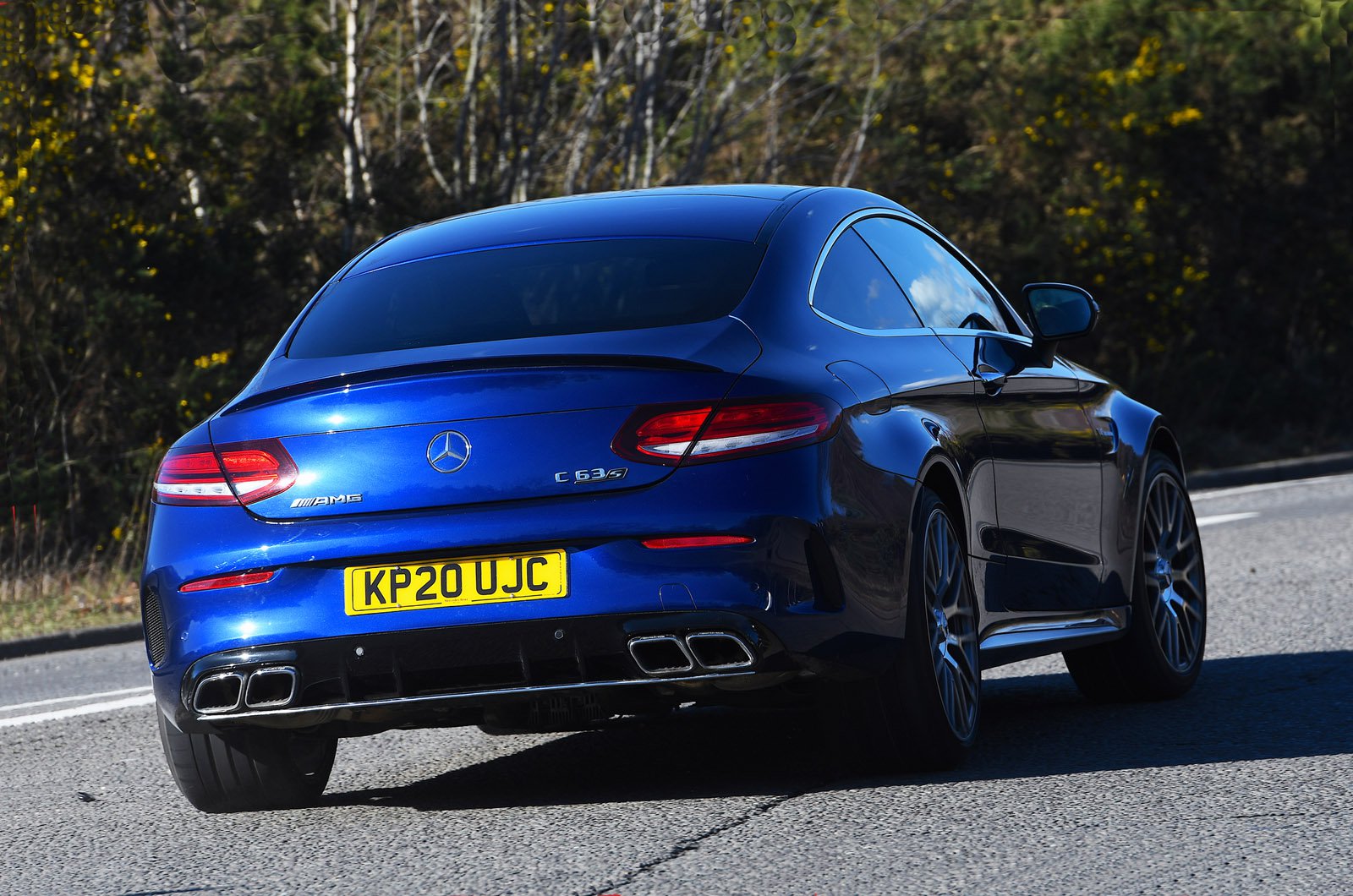 Getting a rear-wheel drive performance car with more than 500bhp off the line as quickly as possible might sound hard, but thanks to the wonders of launch control, even the most ham-fisted of drivers can make a near-perfect getaway in the M4. With the system engaged, barely a single horsepower is wasted; the car simply hunkers down and fires you from rest to 60mph in just 3.8sec. In other words, you get a lot of speed with very little drama.

Our test C63 hadn’t yet reached the break-in point (1000 miles, to be exact) at which its launch control system is unlocked. So instead, we simply turned off the traction control and launched it the old-fashioned way – moderating the amount of wheelspin with our right foot. Surprisingly, getting the C63 off the line cleanly still wasn’t a problem, but no matter how many times we tried, we simply couldn’t get the car’s nine-speed auto gearbox to change gear smoothly from first to second (a problem we’ve experienced in other C63s). This foiled our attempts at a perfect start, and 0-60mph took 0.7sec longer than in the M4. 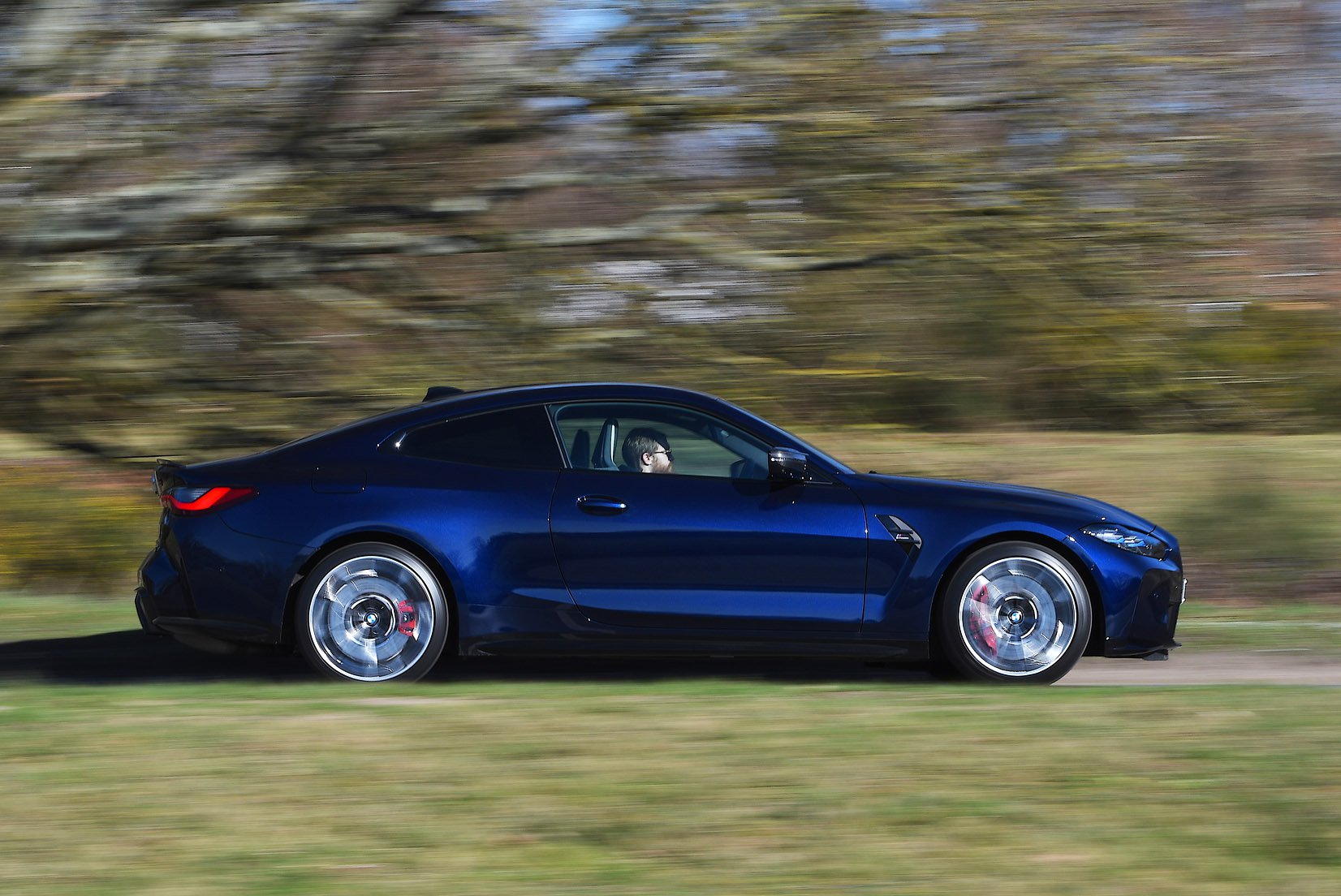 On the move the story is much the same. With superior traction and a faster-shifting gearbox, the M4 is 0.5sec quicker from 30-70mph (2.8sec versus 3.3sec). However, in truth, you don't really feel this performance advantage from behind the wheel. Instead, the most obvious difference between these two when you put your foot down is in the noise they make; with its guttural V8 engine note, even small bursts of acceleration in the C63 are wonderfully theatrical, whereas the M4’s straight-six sounds comparatively flat.

Further differences present themselves when you reach a twisty stretch of road. The C63 gives you confidence almost immediately; its feelsome steering, pliant suspension and progressive brakes let you know exactly how much grip you have underfoot. So, despite its huge reserves of power, you quickly find yourself throwing the C63 into corners like you might a hot hatch, with the V8 engine’s linear and approachable delivery helping you to accurately adjust your line with the accelerator pedal.

The M4, by contrast, takes some time to key into. With its quicker steering, sharper brakes and higher grip levels you have to chip away at its limits before you feel truly confident to grab it by the scruff of the neck. Happily, once you get there, you’ll find a handling balance that is surprisingly progressive, but there is no doubt that you have to push harder in the M4 before things get exciting – not ideal for a car designed primarily for road use. 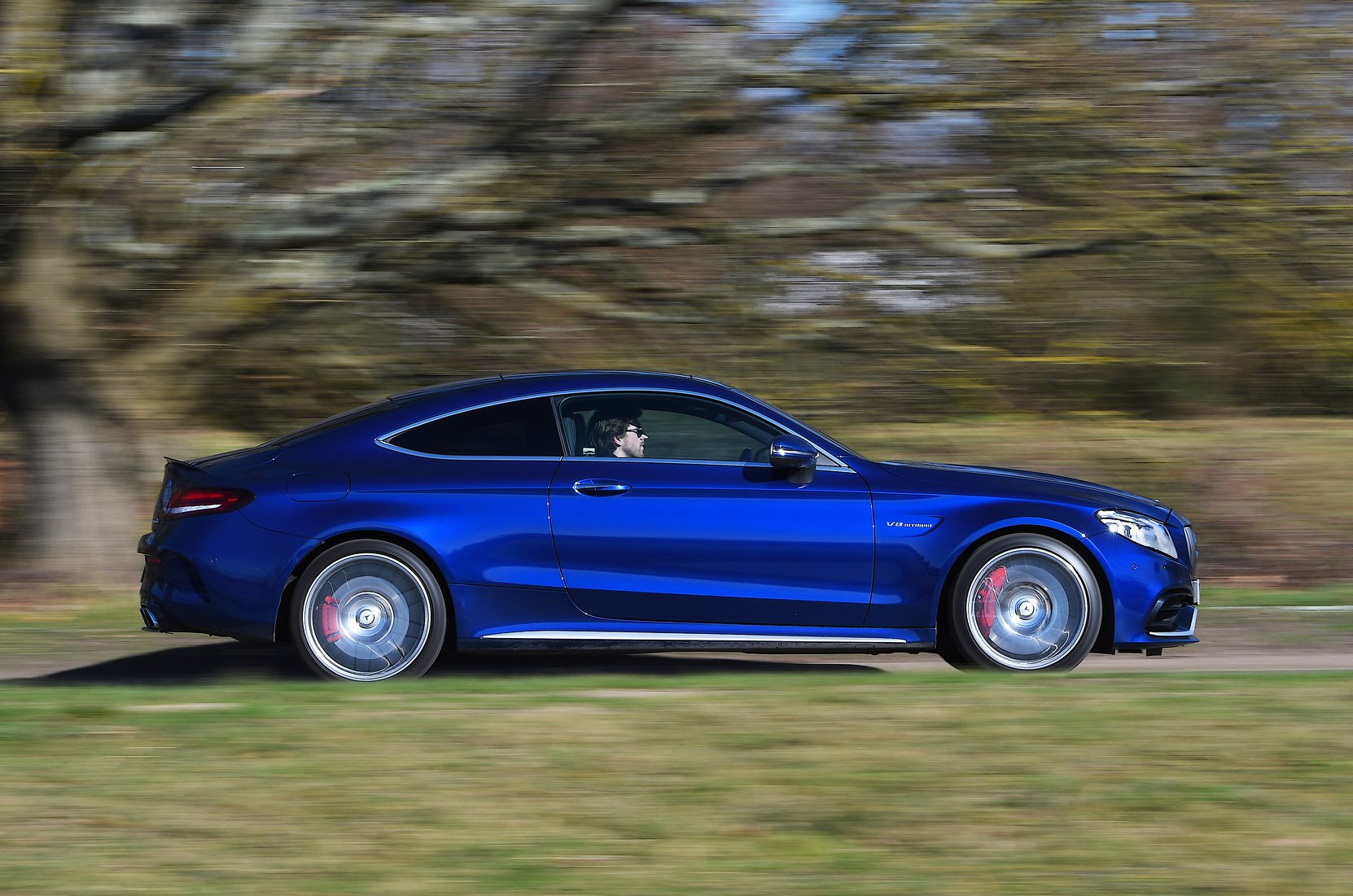 Speaking of which, the attributes that make the M4 so fantastic on track (namely its quick steering and sensitive brakes) count against it around town, where it can be tricky to drive smoothly. And while the C63’s suspension might make a bit of a racket over broken bitumen, it actually delivers a fractionally more cosseting ride than the M4's.

Neither car is as hushed as the more comfort-focused Audi RS5 at motorway speeds; their wide tyres generate quite a bit of roar. However, at the same time, neither will leave you feeling knackered after a day at the wheel. 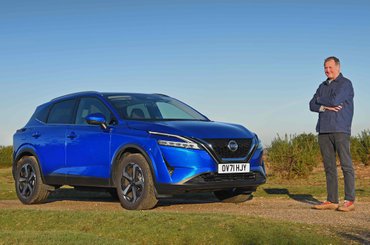