With some exterior styling tweaks and a revamped interior, can the facelifted Hyundai Tucson challenge the attractive Peugeot 3008 and our favourite sub-£30k family SUV, the Skoda Karoq?... 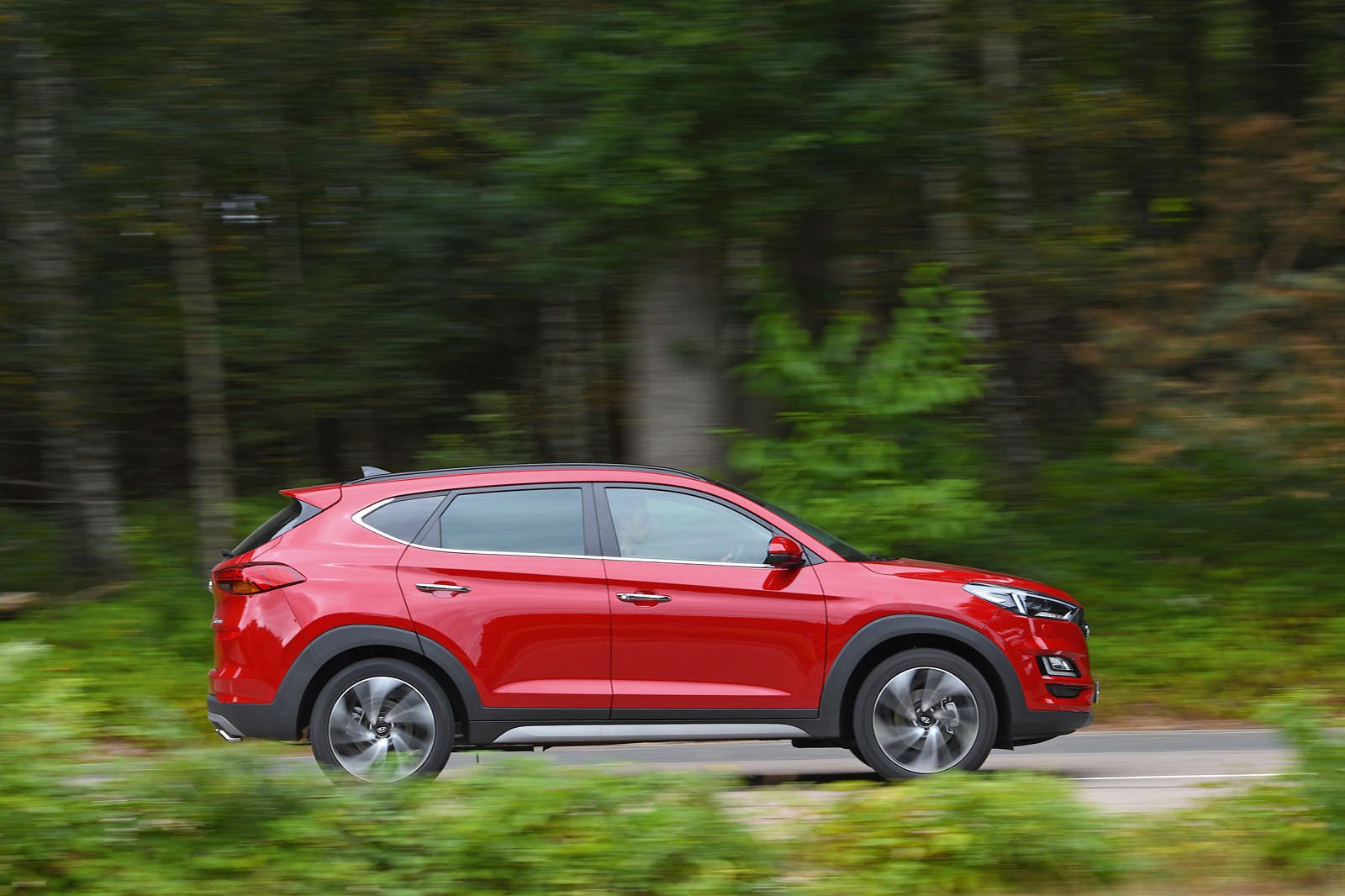 If you were to look at brochure prices alone, you might be put off by the Tucson; it’s the most expensive, priced at almost £2800 more than the Karoq. However, despite its facelift, the Tucson is not technically a ‘new’ car, since it’s been on sale since 2015. Therefore, if you’re prepared to haggle, or you use our New Car Buying service, you can get a discount of nearly £1400, bringing it closer to the price of the 3008.

That’s not bad for the most generously equipped car here. As standard, the Tucson is the only one with leather seats – and they’re heated not only in the front but in the back as well. Meanwhile, the 3008 is the only one without heated front seats or keyless entry and start.

However, factor in all the bills and the Tucson will work out the most expensive to own over three years, particularly since it’s predicted to depreciate the fastest. A big chunk of that extra cost will go on petrol; in our real-world tests, the Tucson managed only 29.2mpg – more than 8mpg lower than both the Karoq and 3008. 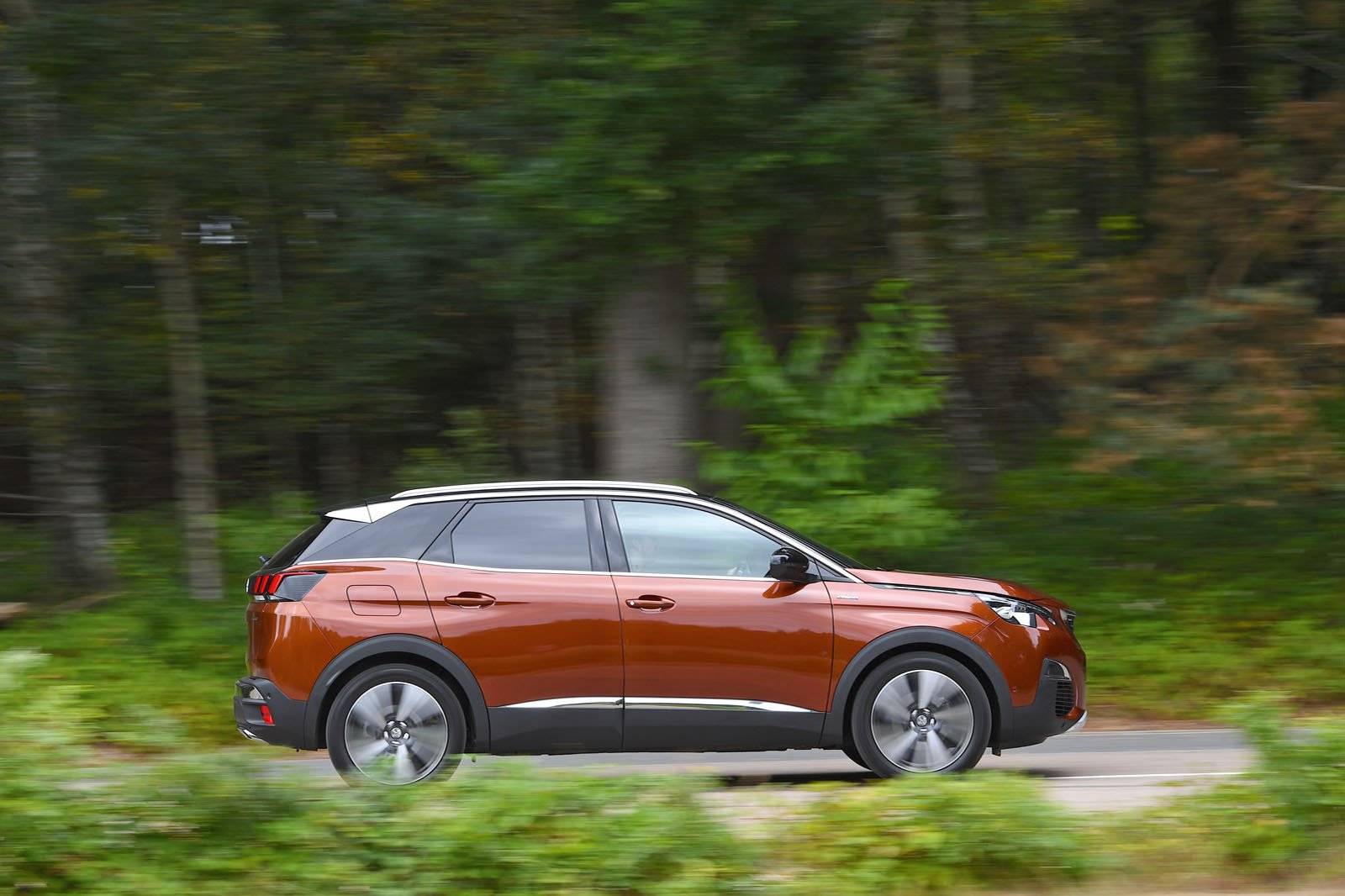 What if you fancy a Tucson as your company car? As you might expect from the SUV with the largest engine, the Tucson emits the most CO2 and this, combined with that lofty list price, means you’ll have to sacrifice around £3200 more of your salary over three years (if you’re in the 40% tax bracket) than if you’d chosen the Karoq. Surprisingly, the 3008 is fractionally more expensive to run as a company car than the Karoq, despite emitting less CO2.

All three gained five-star Euro NCAP safety ratings, but if you look closer, you’ll find that the 3008 outperformed the others for adult occupant crash protection. The Tucson scored the most points for protecting children in an accident, but that was under an older set of criteria (from 2015). Of the other two cars, the 3008 performed better. 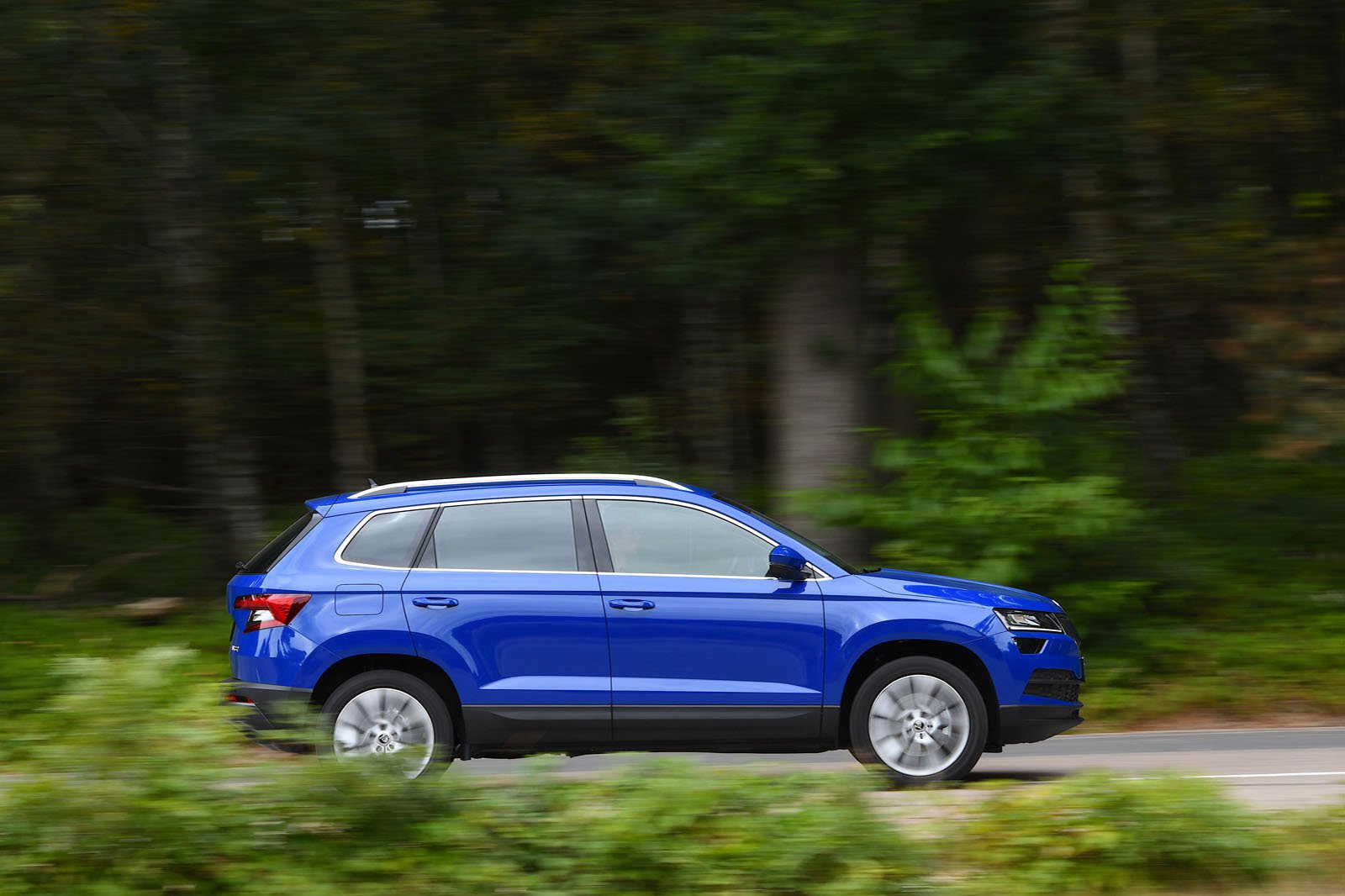 Automatic emergency braking and a driver attention alert system are standard on all three cars, while the 3008 and Tucson also feature blindspot detection, lane departure warning and lane-keeping assistance. Plus, the Tucson adds hill start assist, rear cross-traffic alert and a speed limit warning. It’s worth noting that while all three cars have Isofix child seat mounts on the outer rear seats, only the 3008 has one on the front passenger seat; this is a £35 option on the Karoq and isn’t available on the Tucson.