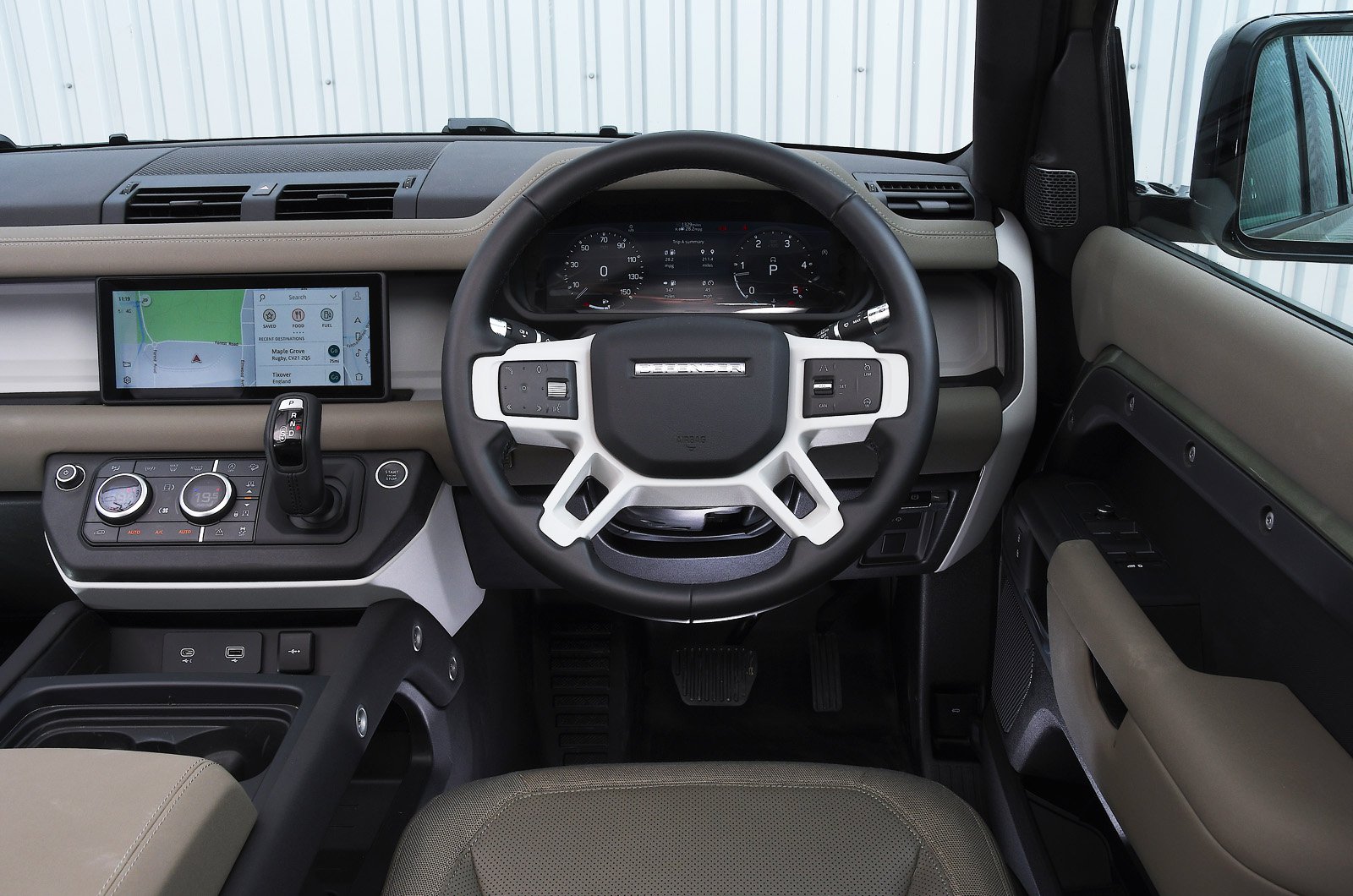 All three contenders have high driving positions, although the Defender feels like a crow’s nest compared with the mere stepladders that are the Wrangler and XC90. Still, the latter has full electric seat adjustment, including a memory function for the driver and, like the other two, adjustable lumbar support. The Defender comes with part-electric seats (backrest angle and lumbar), while the Wrangler’s are 100% manual.

The Wrangler’s seats are rather flat and unsupportive in corners (as are the Defender’s) and aren’t the most comfortable after a few hours on the road. Your wellbeing behind the wheel isn’t helped by a wide transmission tunnel that means there’s nowhere to rest your left foot. The Defender’s seats are less likely to send your bum to sleep, although the XC90’s firmer, more figure-hugging pews are comfiest and have the greatest range of adjustment. 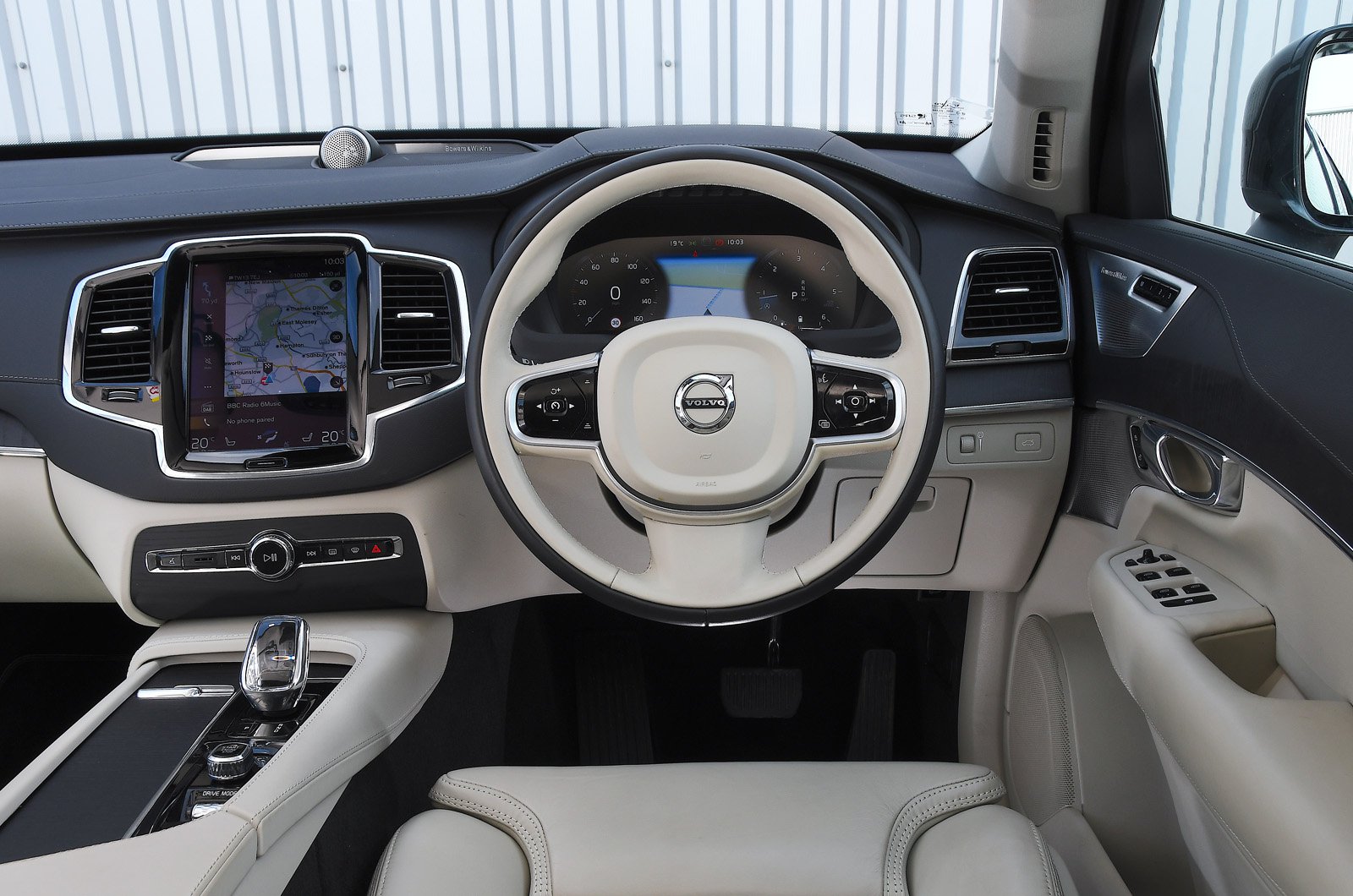 Both the XC90 and Defender come with fully digital instrument panels, while the Wrangler has a 7.0in screen flanked by a pair of analogue instrument dials. The Defender has the sharpest display with the most content options, although the Wrangler’s fuzzier display is still packed with information. The XC90’s offers little choice of content.

The Defender’s sheer size could make manoeuvring a bit tricky. Thankfully, it’s fairly easy to judge where the sides of the car are, and while it’s harder to know how close you are to something in front or behind, especially considering there’s a full-sized spare wheel on the tailgate, the Defender comes with parking sensors front and rear and is the only car here with a surround-view camera as standard. The XC90 also gets parking sensors all round, as well as a conventional rear-view camera, while the Wrangler has a camera and sensors for reversing only. Automatic LED headlights are standard on all three. 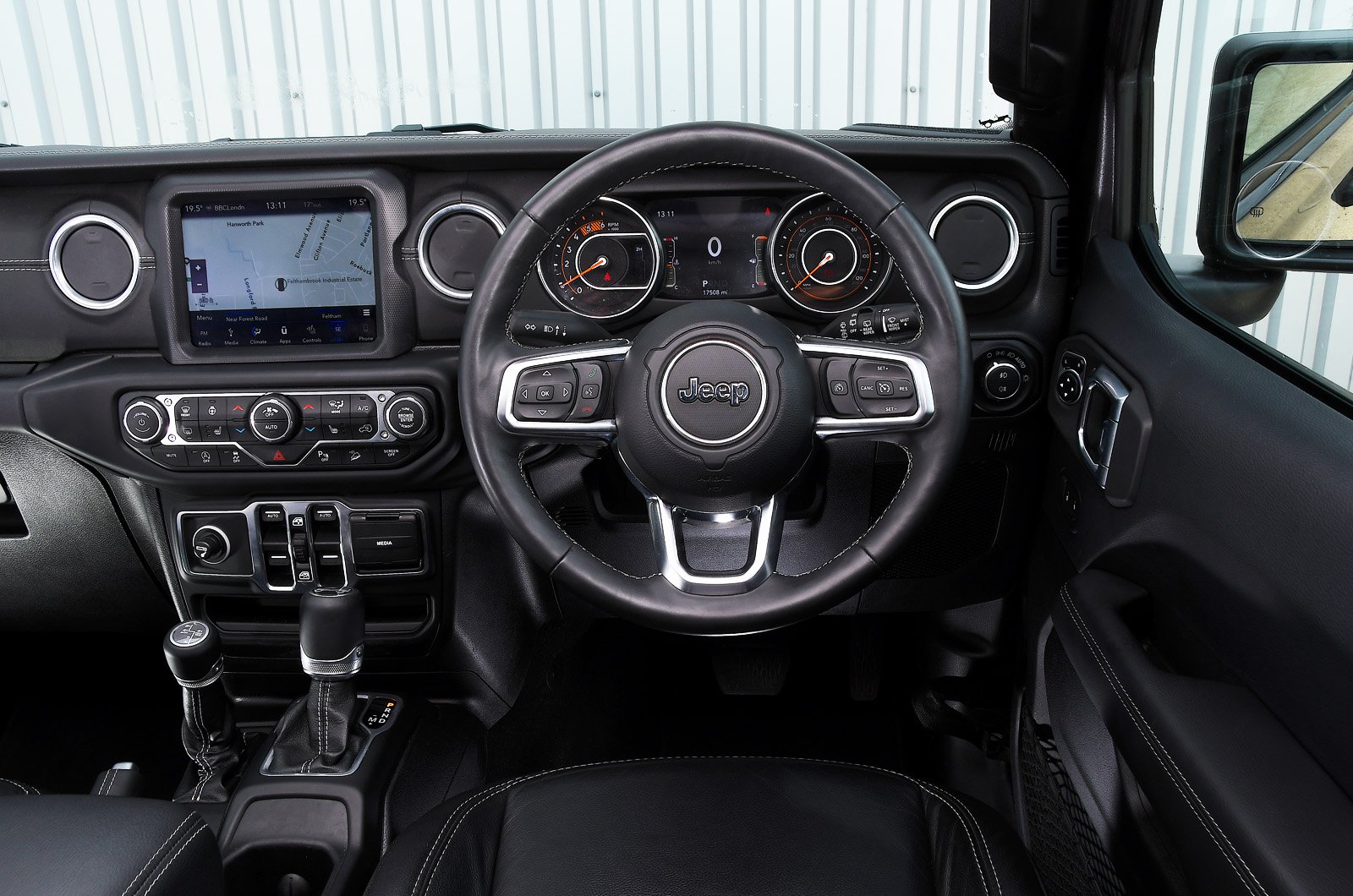 The XC90 is the most traditionally luxurious inside, thanks to plenty of plush-feeling plastics and lashings of chrome trim. It’s certainly a big step up from the Wrangler with its far more obvious hard plastics, which need to be durable enough to withstand regular exposure to the elements, given that you can fold down the car’s windscreen and remove the doors and roof.

The Defender manages to tread a confident path between the two. There’s a bit of squishy plastic on the dashboard, while the harder stuff is textured in such a way that it feels appropriately rugged rather than cheap. Everything feels reasonably well bolted together, too. 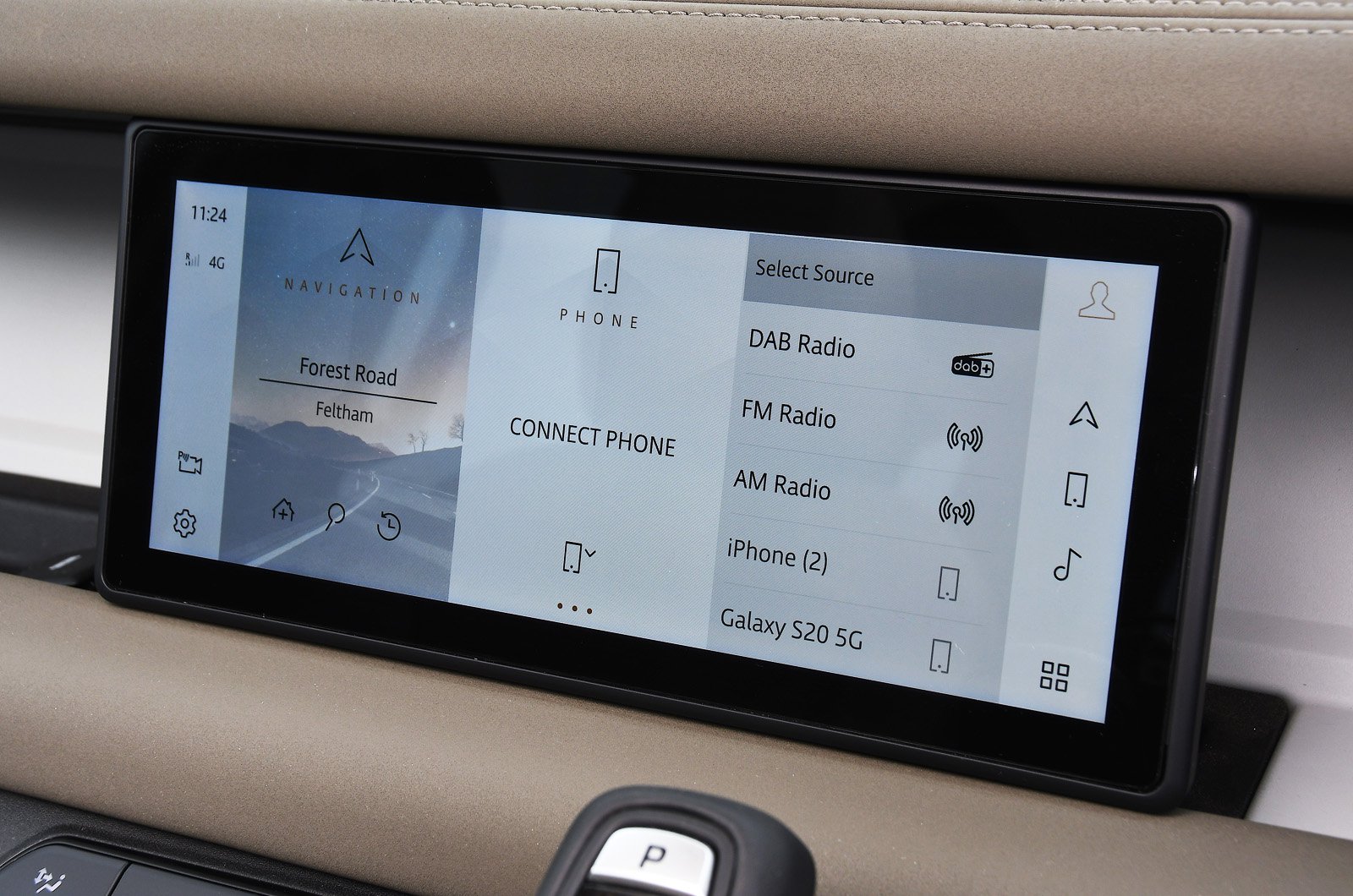 Land Rover's new ‘Pivi Pro’ infotainment system is standard in the Defender and is a huge step on from anything the brand has offered previously. It’s not only the biggest (10.0in) and sharpest screen here but also the most responsive to inputs. The menus are easy enough to comprehend and the home screen is customisable, so you can select the features you use the most and have them always showing. An upgraded sound system is available for £975, but it’s unnecessary. 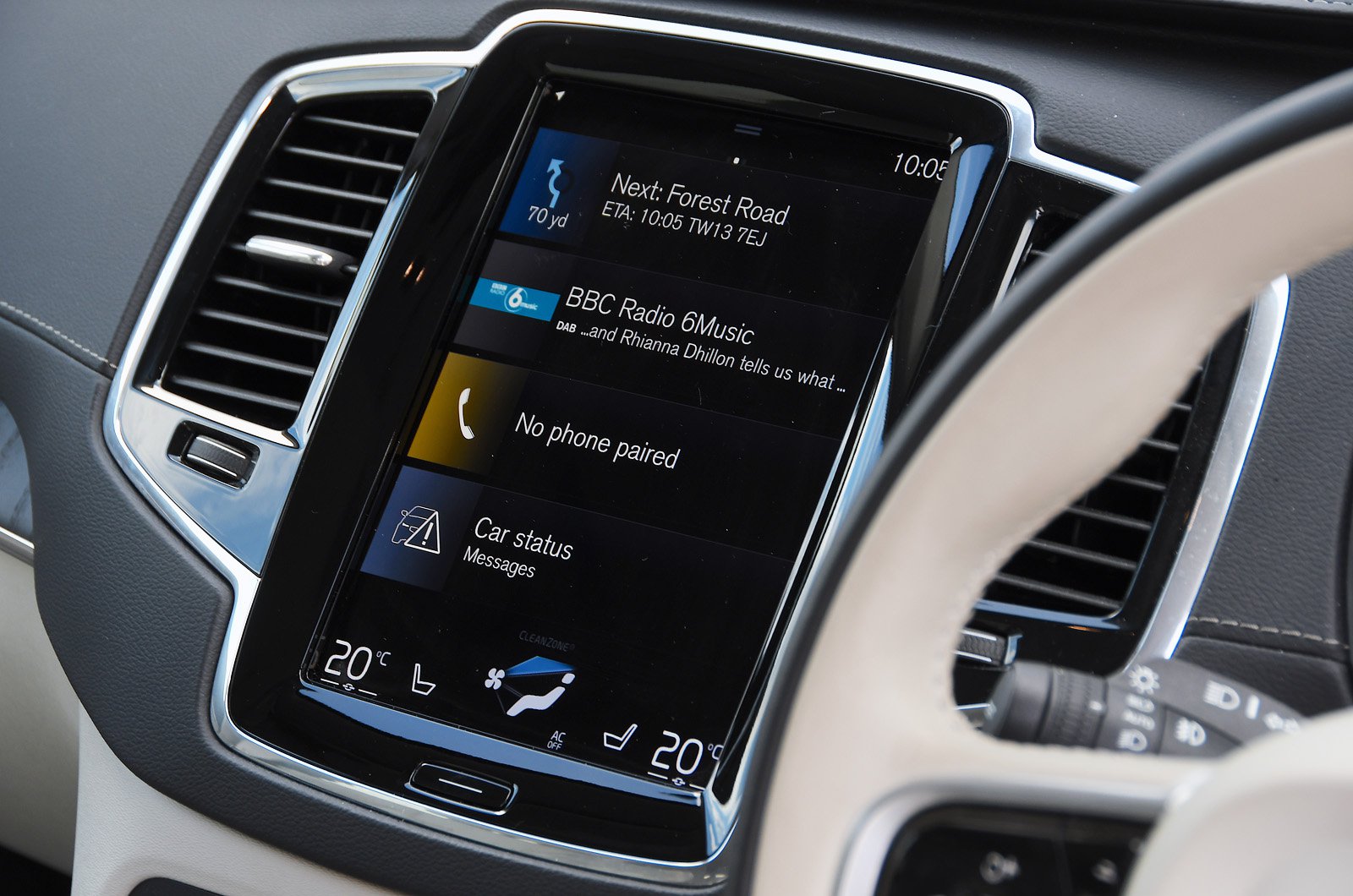 The XC90 does things a bit differently with its portrait-orientated 9.0in touchscreen. The graphics are starting to look a bit dated these days and some of the sub-menus are frightfully confusing, as is the page of random icons for everything from folding the rear headrests to altering the stability control. Sat-nav is standard, but you’ll have to pay extra for Apple CarPlay and Android Auto smartphone mirroring unless you upgrade the stereo. That’s rather disappointing. 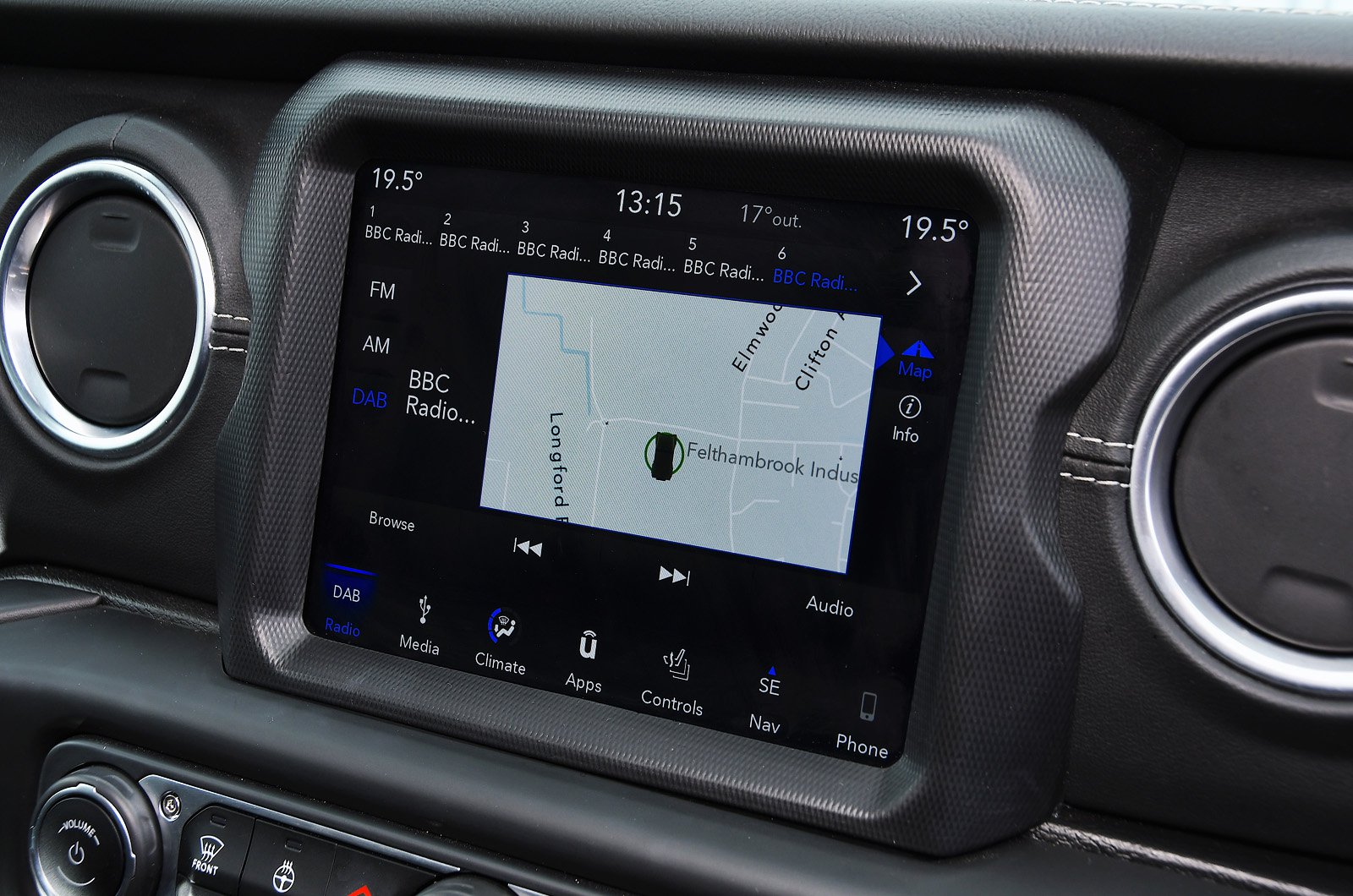 Although this is the smallest screen here, the system isn’t bad. Its graphics aren’t the sharpest, but it’s reasonably responsive to inputs and there’s a row of handy shortcut icons at the bottom of the screen, plus the menus are fairly easy to navigate. A punchy Alpine stereo with a subwoofer is standard, as is sat-nav and phone mirroring for Apple and Android devices. The screen also shows specific displays for off-roading that can be handy over rough terrain.