Renault's new Grand Scenic will go up against the Citroën C4 Picasso and Ford Galaxy when sales begin later this year...

This is the new Renault Grand Scenic. It’s a family-sized seven-seat MPV and a rival for the likes of the Citroën Grand C4 Picasso, Ford Galaxy and Seat Alhambra.

The current Grand Scenic has been on sale in the UK since its inception in 2004, so this second-generation model has been due for some time. At the Geneva motor show in March, Renault revealed its updated five-seat Scenic, so we knew then that similar changes were in the pipeline for the Grand Scenic. 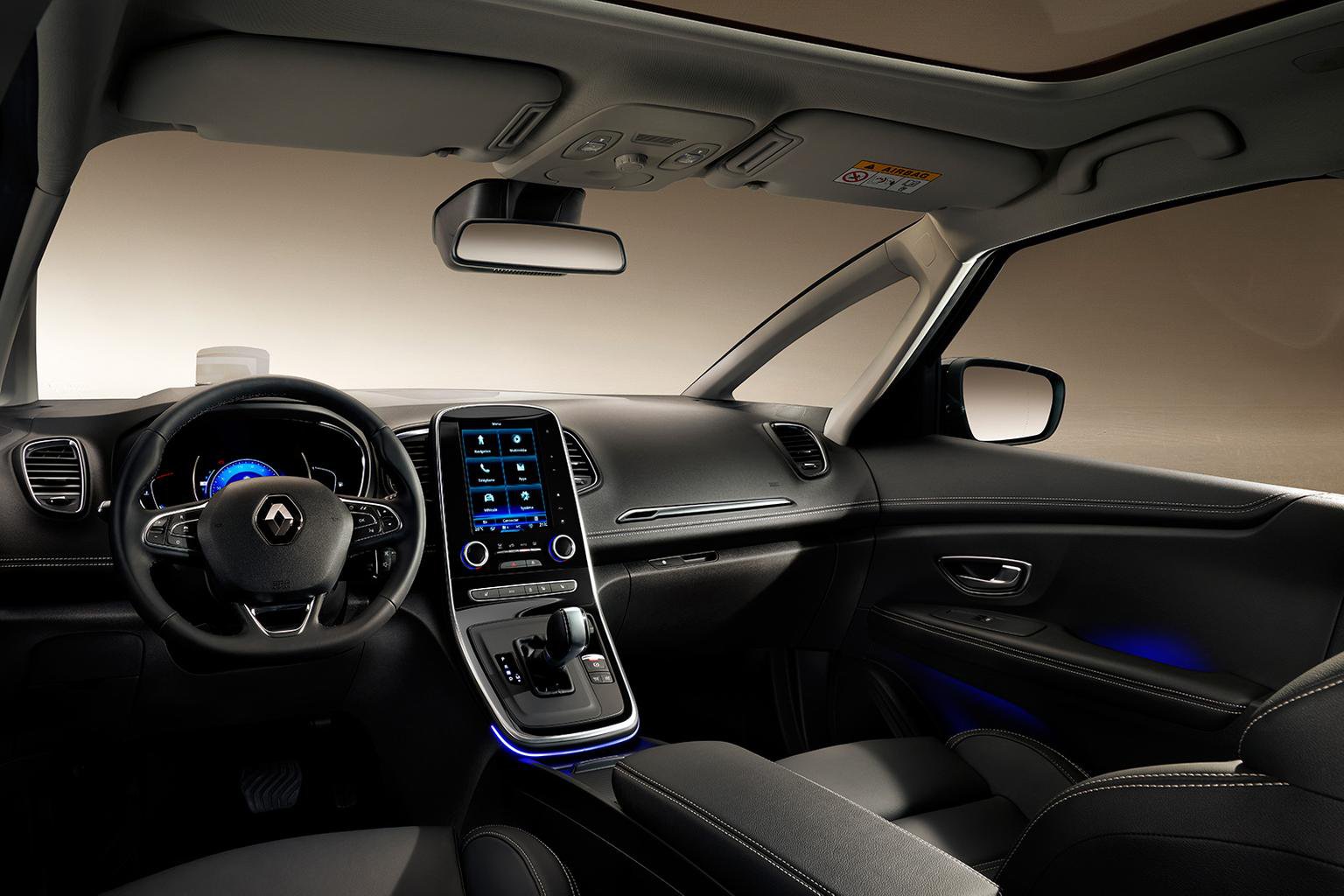 As expected, the Grand Scenic follows the Scenic in receiving chunky, SUV-like styling, larger alloy wheels and a sleeke roverall appearance than before. The new Grand Scenic is taller, longer and wider than the car it replaces and it sits higher off the ground – all of which means it should come with more passenger and storage space inside.

We didn’t have any complaints about the amount of space on offer in the current Grand Scenic, and this new version has 40 extra litres of load volume on offer. It’s fairly gargantuan inside, meaning you’ll have no trouble loading up the family and their belongings for trips out. 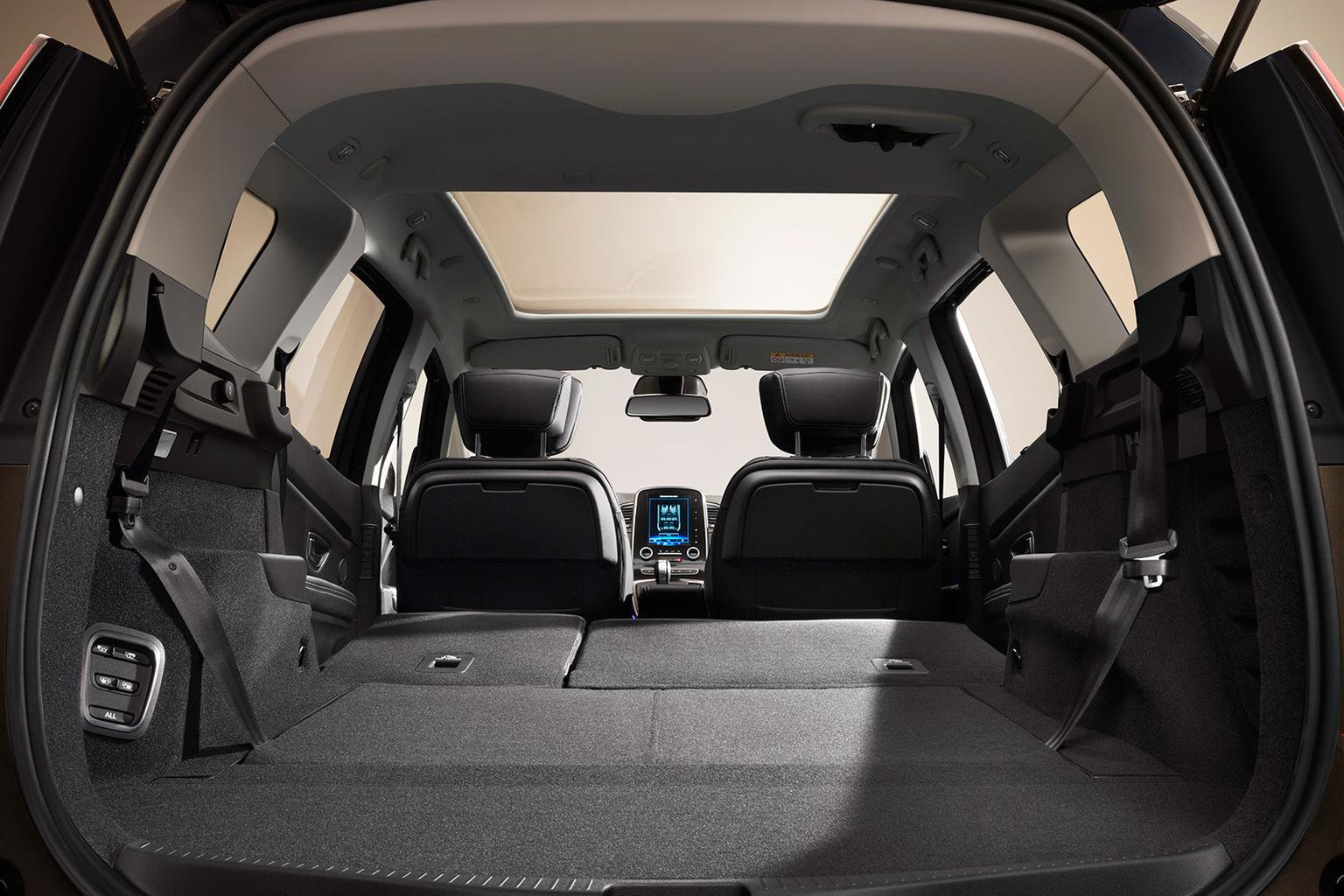 Among the new features Renault has fitted to the Grand Scenic is a ‘one-touch’ button for folding the rear-most pair of seats into the boot floor in order to create a flat loading surface.

The interior – which can be had in five and seven-seat forms – features a large 8.7in infotainment system through which most of the car's major functions are controlled. 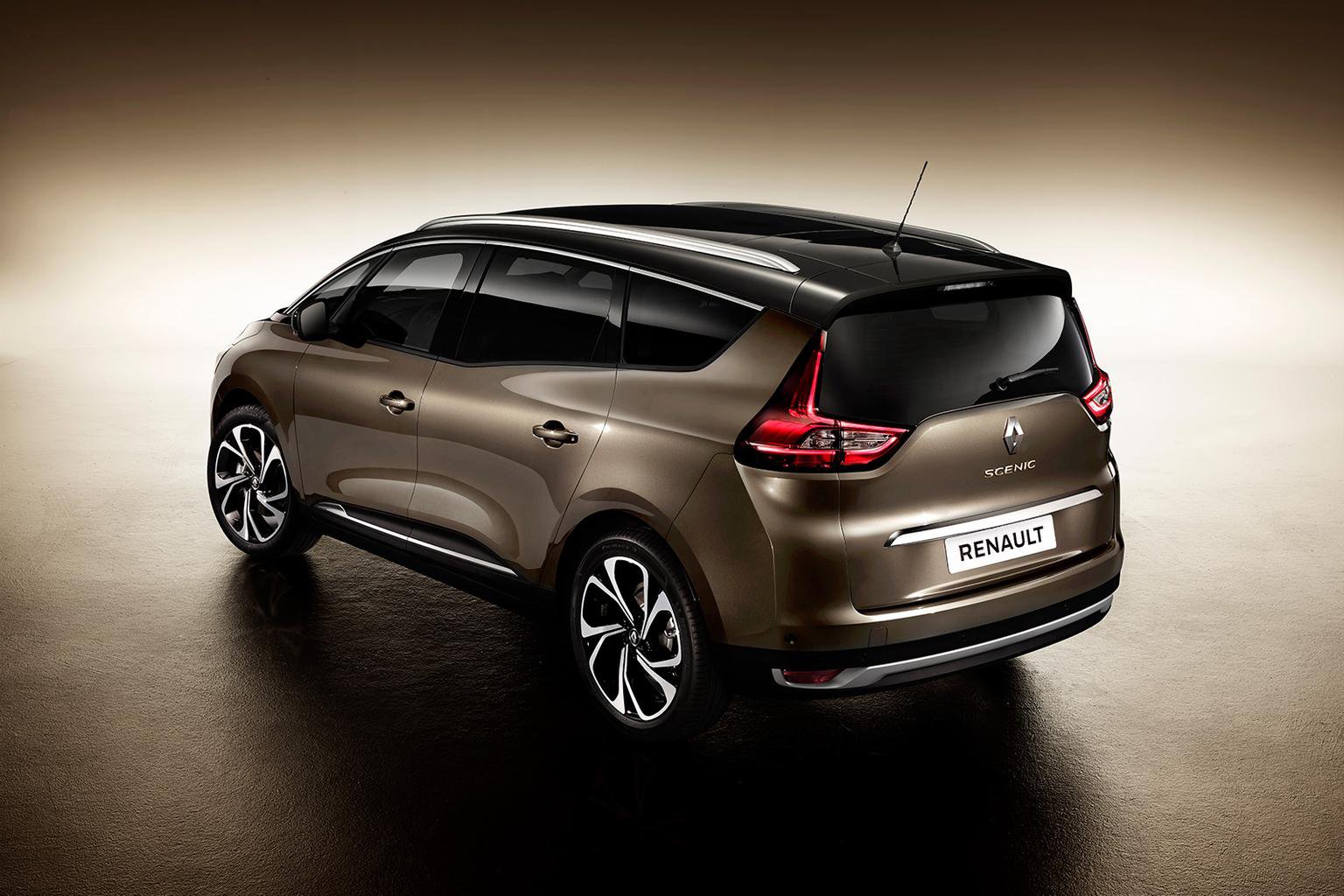 Engine options in the new Grand Scenic echo those on offer in the regular Scenic. There are four diesels to choose from, including an electrically assisted version, and two petrol options. UK buyers are expected to focus on the diesels. There's the choice of a six-speed manual or six-speed automatic gearbox, too.

The new Grand Scenic is expected to go on sale in the UK towards the end of this year. There’s no official word on pricing yet, but with the current car costing from £22,360, we’d expect a starting price of around £24,000.