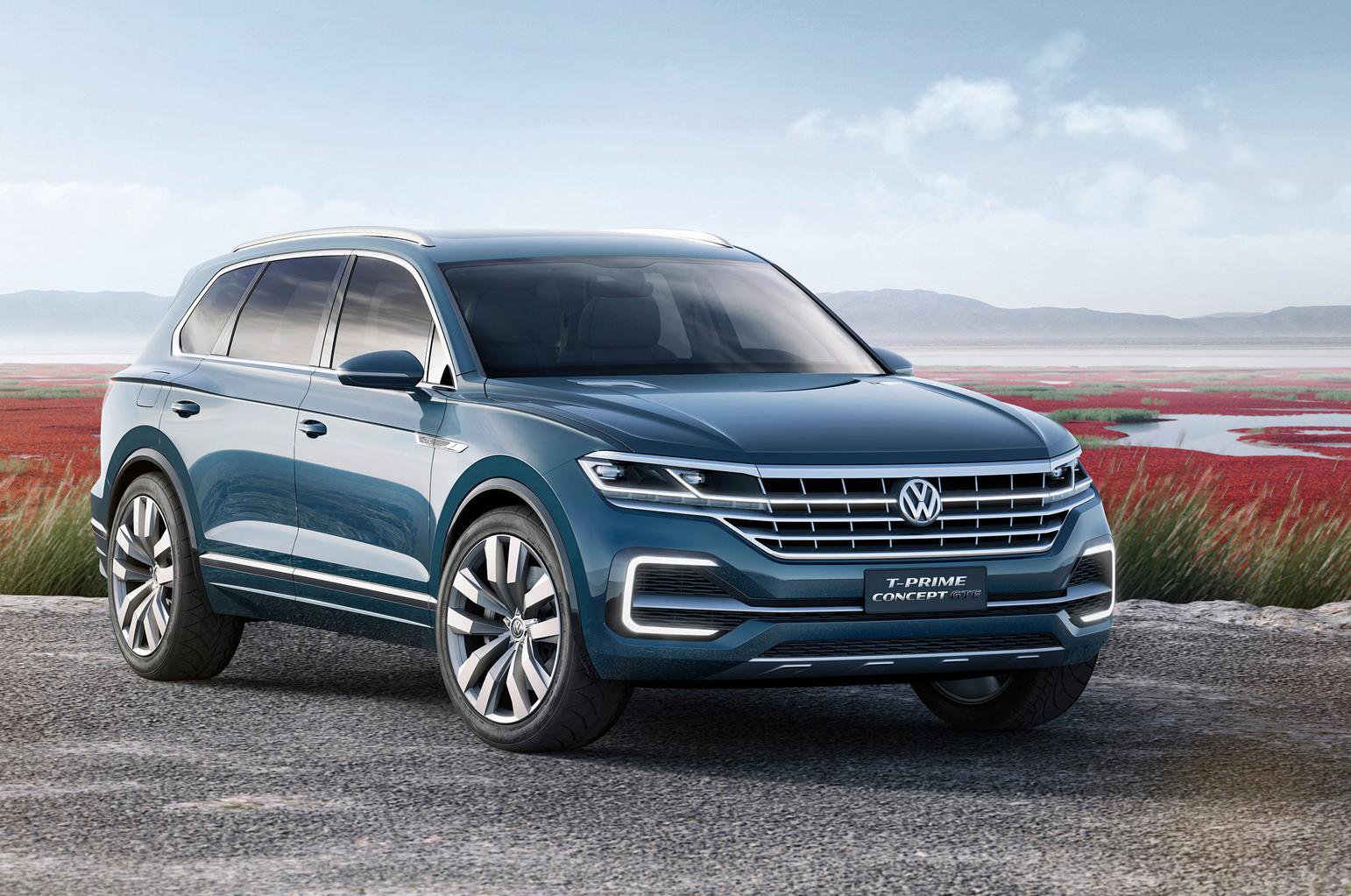 Volkswagen has unveiled a new concept car which closely previews the next-generation Touareg large SUV, which is due to go on sale within the next year.

Dubbed the T-Prime Concept GTE, Volkswagen says the car is a precursor to its next Touareg, which will be closely related to the Audi Q7 and Bentley Bentayga SUVs. 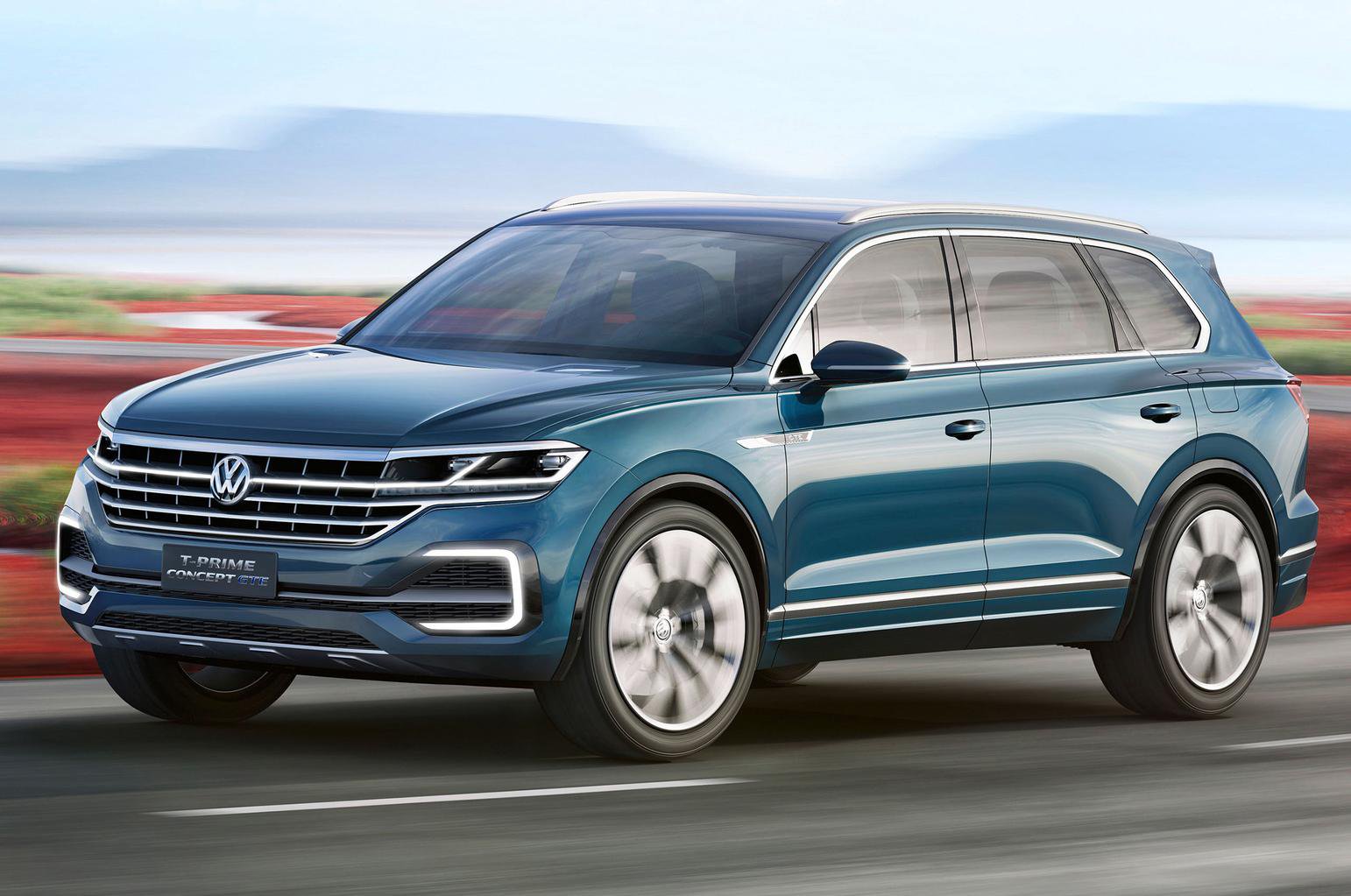 As hinted at by the concept, the five-door Touareg is likely to feature a heavily chromed front grille, large alloy wheels - the concept features 22in alloys - and larger dimensions than today's car. The T-Prime Concept GTE is significantly longer, wider and lower than the current Touareg, which has been on sale in the UK since 2011.

While the T-Prime concept car features individual seating for four inside, it's expected that the production Touraeg will follow the precedent set by Audi's Q7 in offering seven seats as standard, spread out over three rows.

The T-Prime concept features an all-digital instrument cluster - similar to the style already used in the latest Volkswagen and Audi models - which can show infotainment and navigation data directly in front of the driver. There's also a separate 15in infotainment screen in the center console. 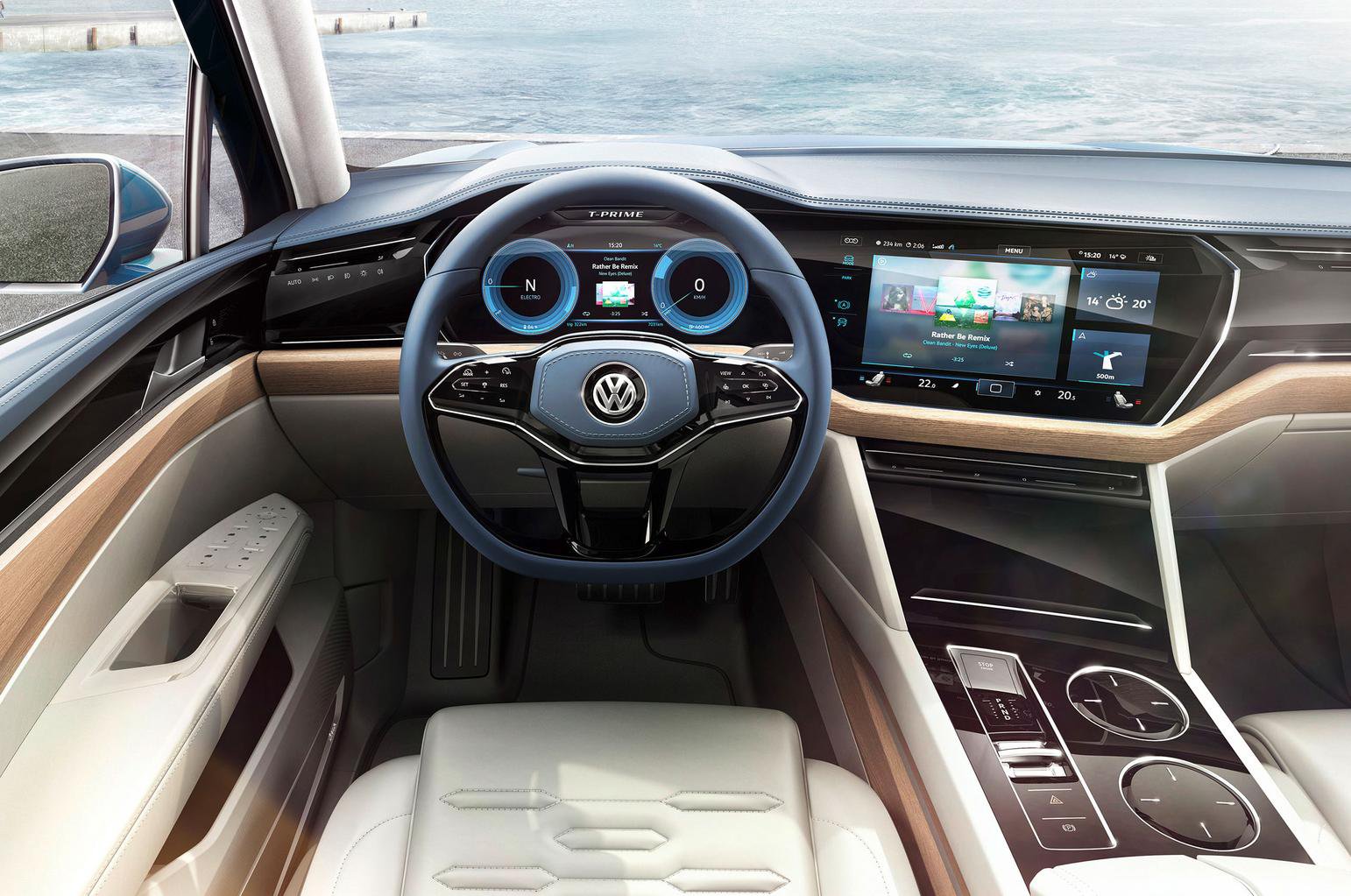 As this system handles most functions, the dashboard of the concept features very few buttons. As well as supporting touch inputs, the system also supports gesture controls. The steering wheel also includes new touch pads for navigating the car's menus.

As hinted at by its name, the four-wheel drive T-Prime Concept GTE is a plug-in hybrid. Its powertrain mixes a 2.0-litre petrol engine with an electric motor, which together produce a combined 376bhp and 516lb ft of torque. The concept is claimed to be capable of reaching 62mph in 6.0sec, with a top speed of 139mph. Volkswagen says the car can return up to 104.6mpg, with CO2 emissions of just 63g/km. 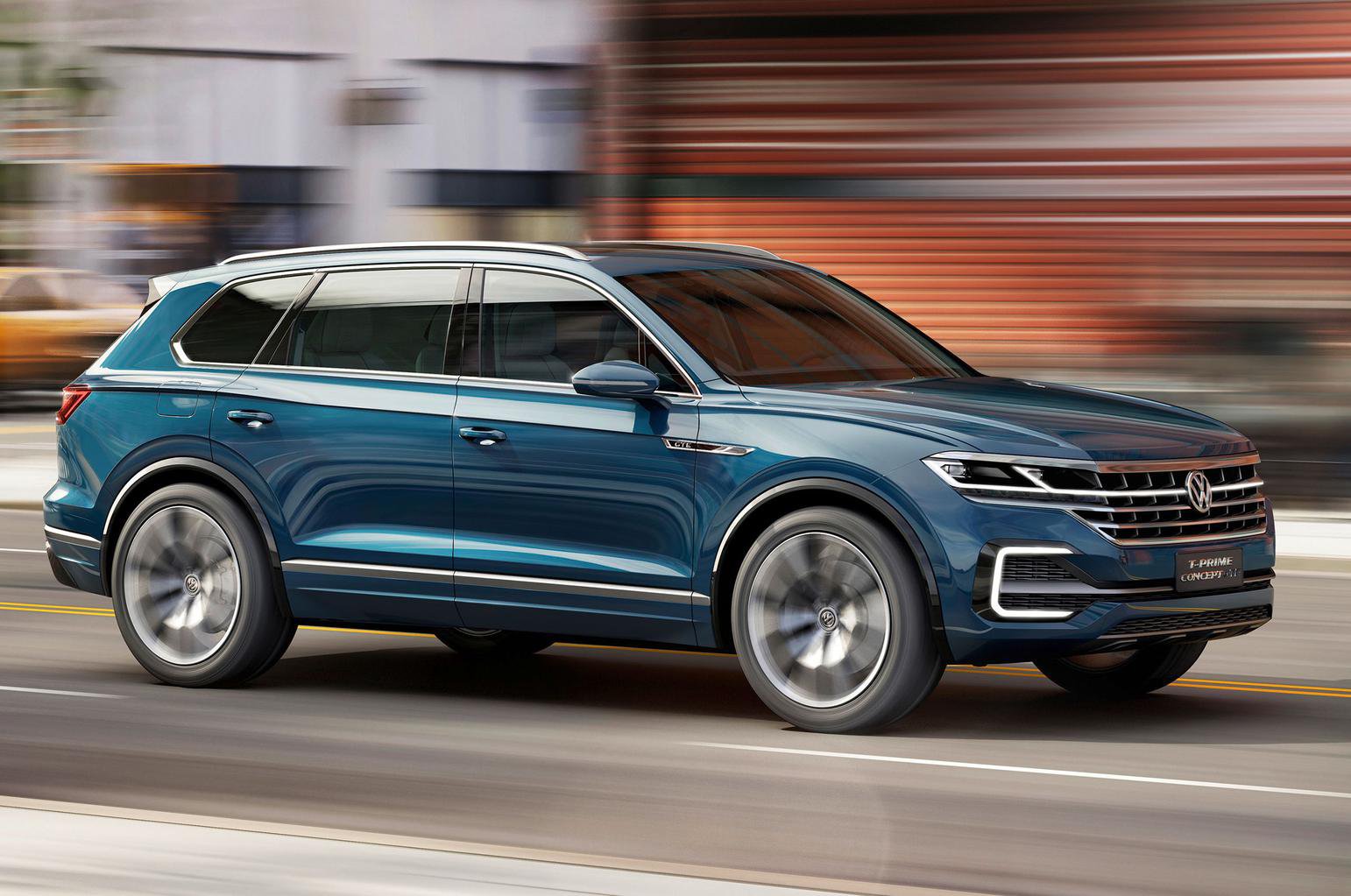 Like most plug-in hybrids, the concept can be charged up either via a mains socket or by a high-speed charger. The former can top up the car's battery in eight hours, while the latter can do the job in two and a half hours.

Drivers can choose from three driving modes - E-mode, which allows the concept to run on electric power alone for up to 31 miles, Hybrid mode for energy efficient driving, and GTE mode for more performance driving.