The new VW Tiguan has been assessed by our Reader Test Team. Find out what they made of the new small SUV... 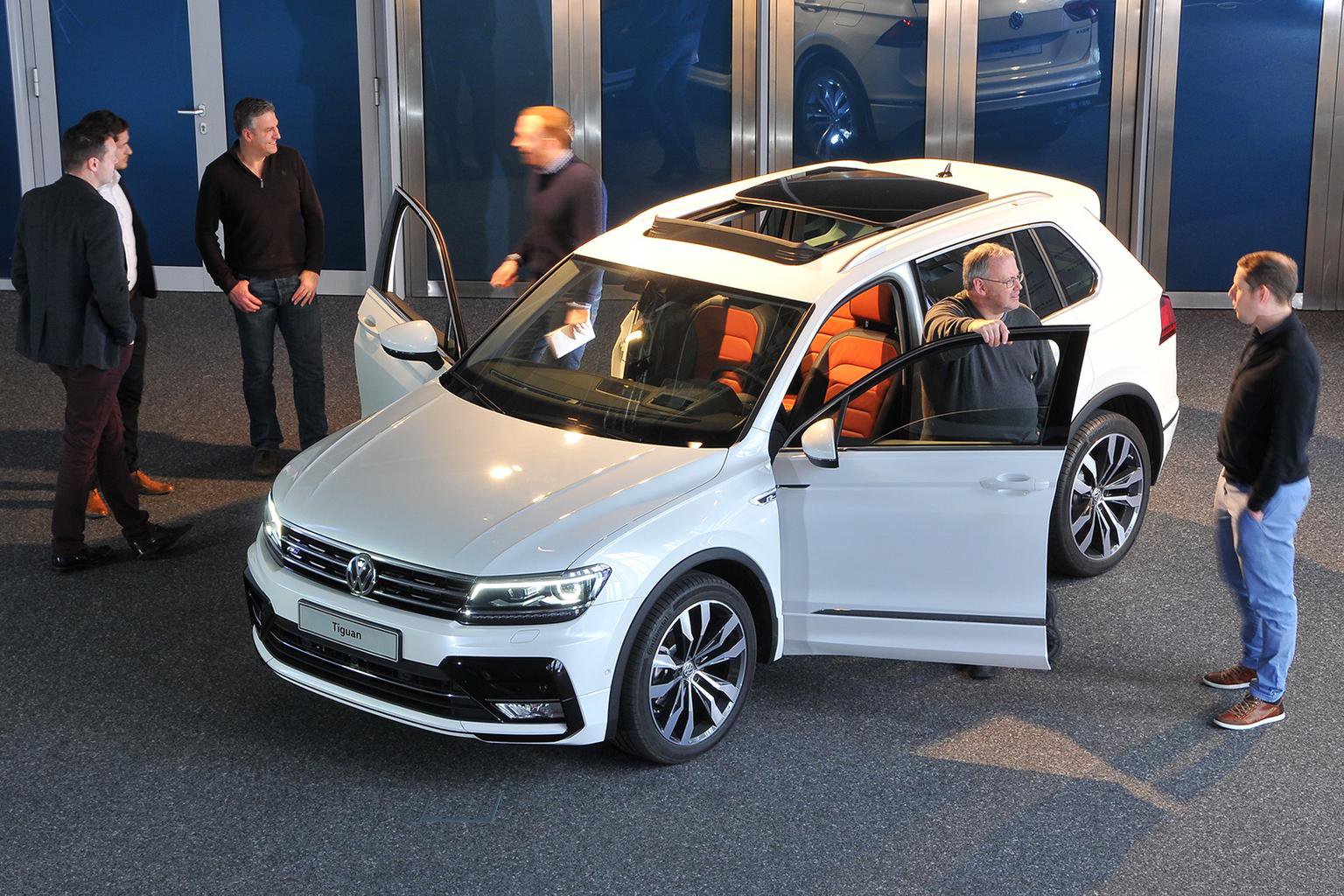 The new VW Tiguan is an important model for Volkswagen in the UK, with 10% of all Tiguans built sold to UK buyers. With the promise of improved driver dynamics, practicality and styling, Volkswagen hopes the new generation lives up to the success of the outgoing model.

In this crowded and hotly contested segment the VW’s rivals range from the affordable, class-leading Nissan Qashqai to premium products, such as the BMW X1, Audi Q3 and Mercedes-Benz GLA.

‘I think it’s a good refresh of the original car. Volkswagen has kept the good bits while improving the bits that needed some work. I’ve got the old one, so can see really clearly that this one goes above and beyond it.

‘The styling is much better, it’s more modern inside and out, and the updated navigation system is really good.

‘Certain practical elements seem more niggly than on the previous model, though. The rear seat folding mechanism is more complicated, and when the seat backs are folded they’re not completely flat. There aren’t quite as many handy little cubbyholes as in my Tiguan either.

‘I’d be very happy driving this vehicle in all circumstances – it’s a general-purpose car that feels like it’d excel in all weathers. The four-wheel-drive would make sure I make my 15-mile commute every time, even in difficult weather, and it’d be comfortable too, as the seats feel just as good as ever.

‘The dash layout feels more intuitive and refined. I’d say it’s on a par with the BMW X1, so to me it’s even better than an Audi Q3, and well ahead of the Nissan Qashqai.

‘The Tiguan might be more expensive than the Qashqai, but you can definitely see where the money’s going. I can’t wait to order mine.’

‘When I buy a car I like extremes – before the Mini Clubman I had a camper van and a Mercedes SLK. However, with one child already and another on the way, I need a family-friendly car, but one with a desirable image.

‘The new Tiguan is a definite improvement over the last one, it’s more sleek and squatter on its wheels. It looks great from the front and the back, and the interior is just as good as the outside.

‘The design is especially good on this the R-Line version - the alloys and aggressive, angular front end really set it apart from all of its rivals.

‘I can’t see anything on the inside that I don’t like. I know it’s a high-spec model, but everything looks like it’s meant to be there.

‘I wouldn’t go for the rear seat tray tables though, as they don’t look like they’ve been thought through and don’t seem compatible with a child’s car seat.

‘Rivals can’t match the image it gives off either - the Ford Kuga feels gimmicky, and the Mercedes and BMW are a bit showy. The Tiguan, like other Volkswagen models, has a more classy, timeless feel. It’s definitely worth investing in, provided it’s sensibly priced.’

‘I'm more interested in the Tiguan than I thought I would be. I liked the old model, but it didn’t have a premium brand feel so I would never have considered owning one. The new one looks much better; it's more striking and feels more upmarket.

‘Inside, the dashboard is functional and free from clutter, although some of the materials around the instrument binnacle are not as soft as you might expect. Everything you touch regularly feels good and looks the part, though.

‘There's loads of room in the cabin and the adjustable rear seat is a great practical feature. I can't imagine there would be any complaints about cramped rear seats from my teenage children.

‘Would I replace the Discovery with this? It might not be as big, but thanks to clever touches like the adjustable rear seat and lower boot floor, it's almost as practical and a worthy rival. I also wouldn't have any worries about the new Tiguan's off-road ability - it seems more than capable of handling anything I would throw at it.

The outgoing car was a rival to the Nissan Qashqai; the new Tiguan is a real step upmarket and feels like it should be compared to the Audi Q3 and BMW X1. I definitely wouldn't rule it out as a replacement for my Discovery.’

‘I’ve only had my Qashqai for a couple of months, so it’s great to come along and see how it compares to the new Tiguan.

‘Size-wise, the two are very similar, but you instantly notice that the Volkswagen feels much better built than the Nissan. Its sleeker, more aggressive styling also makes it feel more upmarket than my Qashqai.

‘The fit and finish of the interior is much better the boot is a decent size. I think the flat loading space would prove really useful and the ability to slide heavy items in over the low boot lip is a great feature. The false floor robs some space, but not enough to worry about.

‘I've got a five-month old daughter, so the sliding rear seats would definitely come in handy. The rear space could grow with her. We could position the rear seats fully forward now that she's in a rear-facing car seat and benefit from more boot space, and move them back when she starts needing more room.

‘Another smart feature is the infotainment system. The touchscreen is responsive and the rear-view camera is fantastic.

‘My only complaints are that the dashboard is not the most exciting bit of design, and that the new Tiguan wasn't on sale when I was looking for a small SUV.'

Read all about the new VW Tiguan

Read our first drive review of the new VW Tiguan