The latest Renault Scénic people-carrier is big on style and technology, but is it practical, too? We've got six months to find out...

by
What Car? team
Car deals
View all deals

The fourth-generation Renault Scénic was born out of the existential crisis currently afflicting all MPVs: the SUV. Put simply, when such cars began to flood the market – we’re talking about the likes of the Volkswagen Tiguan and Nissan Qashqai here – they offered similar levels of the practicality to the traditional MPV but looked more athletic and featured the raised driving position that the British public seems to crave. In recent years, SUVs sales have duly exploded, while the time-honoured MPV has had a torrid time of it.

Renault’s answer was to create a halfway house. As such, the latest Scénic has a higher floor than its former MPV classmates and its design is clearly more lithe and muscular. Renault's claim is that there has been no trade-off in practicality, but 18,000 miles have given us enough opportunity to conclude otherwise. 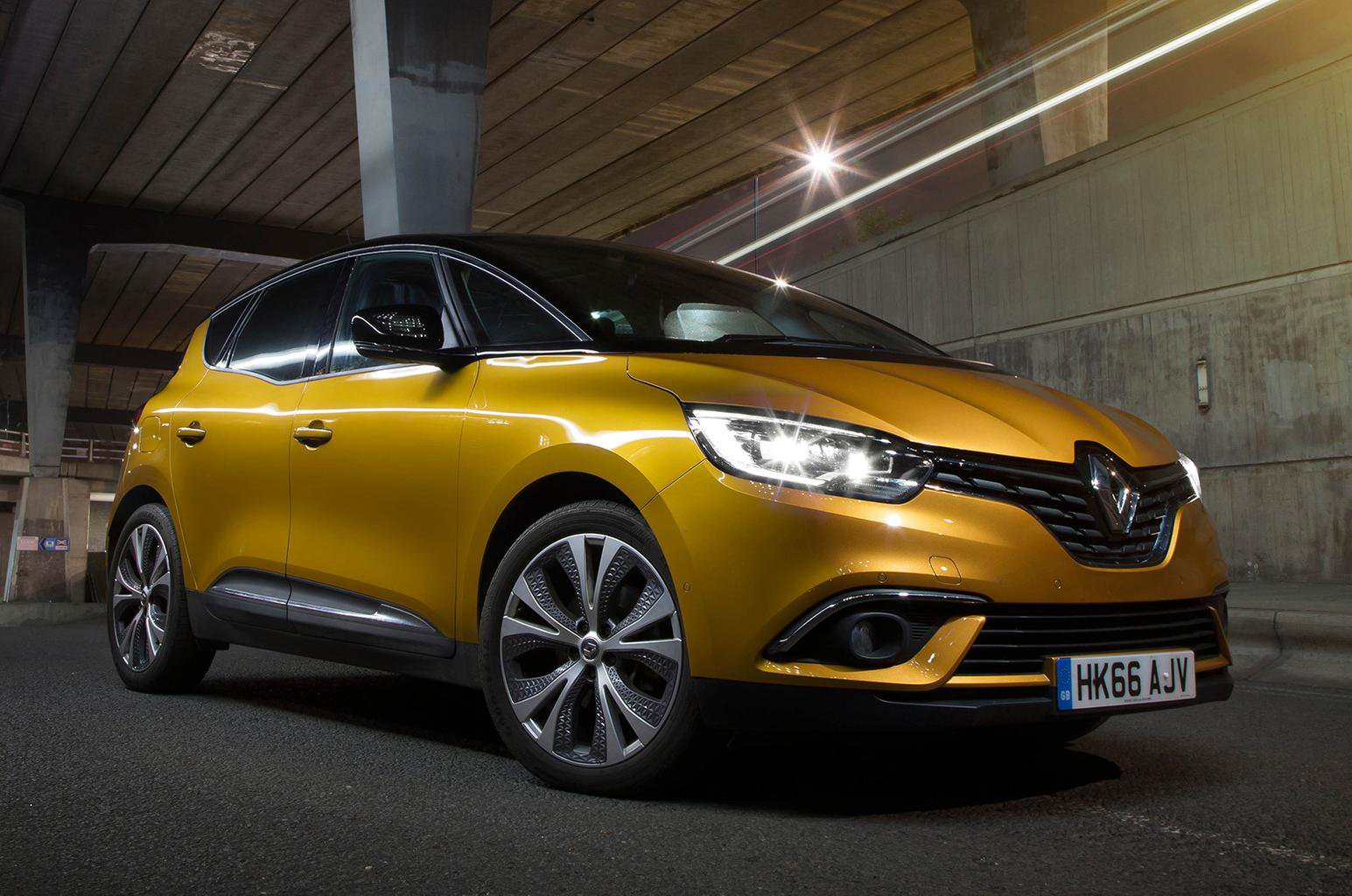 While the raised floor gives the driver a commanding view of the road, it means rear-seat passengers can struggle for head and leg room. Boot space is excellent, being able to carry endless photographic equipment, but that’ll be of little consolation to uncomfortable passengers.

The adjustability of the load space is a real perk when loading bulkier, awkward items (bicycles et cetera). The rear seats fold flat at the touch of a button, leaving you with a flat surface to slide everything in. The rear seats are also on runners, so should you need extra room in the boot, you can simply slide them forward. However, doing so will lead to any adults in the back having their knees pushed into the tables installed on the backs of the front seats.

That’s the main bit of bad news out of the way. Indeed, there are more reasons why we’ll miss this new interpretation of the family vehicle than not.

The 1.5-litre dCi is the least powerful diesel engine in the range, but it develops good torque for effortless progress most of the time. Certainly, trips from the London down the New Forest and up to the Lake District have been dispatched with surprising ease, and even on the motorway there have been precious few occasions where I’ve wanted for more power.

Fuel economy hasn’t matched the claim of 72.4mpg, but my taxing blend of urban commutes interspersed with mammoth-mileage photography excursions for the magazine have yielded 50.8mpg overall. That’s not bad when you consider just how much luggage – and, often, extra personnel – the Scénic has been lumbered with. The engine is, however, a touch unrefined when you’re travelling long distances.

That the Scénic’s ride refinement is one of its strong points became apparent to all who experienced it. Every model comes with concept-car-like 20in wheels. You’d imagine these would destroy the Scénic's ability to lap up road imperfections, but that’s not the case, thanks to the large sidewalls of the tyres. Yes, potholes and the like will send a ripple through the interior, but the way this car flows with the road was a highlight.

Just don’t push it too hard, because Renault has clearly scarified some body control in the process of giving the Scénic its ride suppleness. There’s quite a bit of body roll and not a vast amount of grip, either. 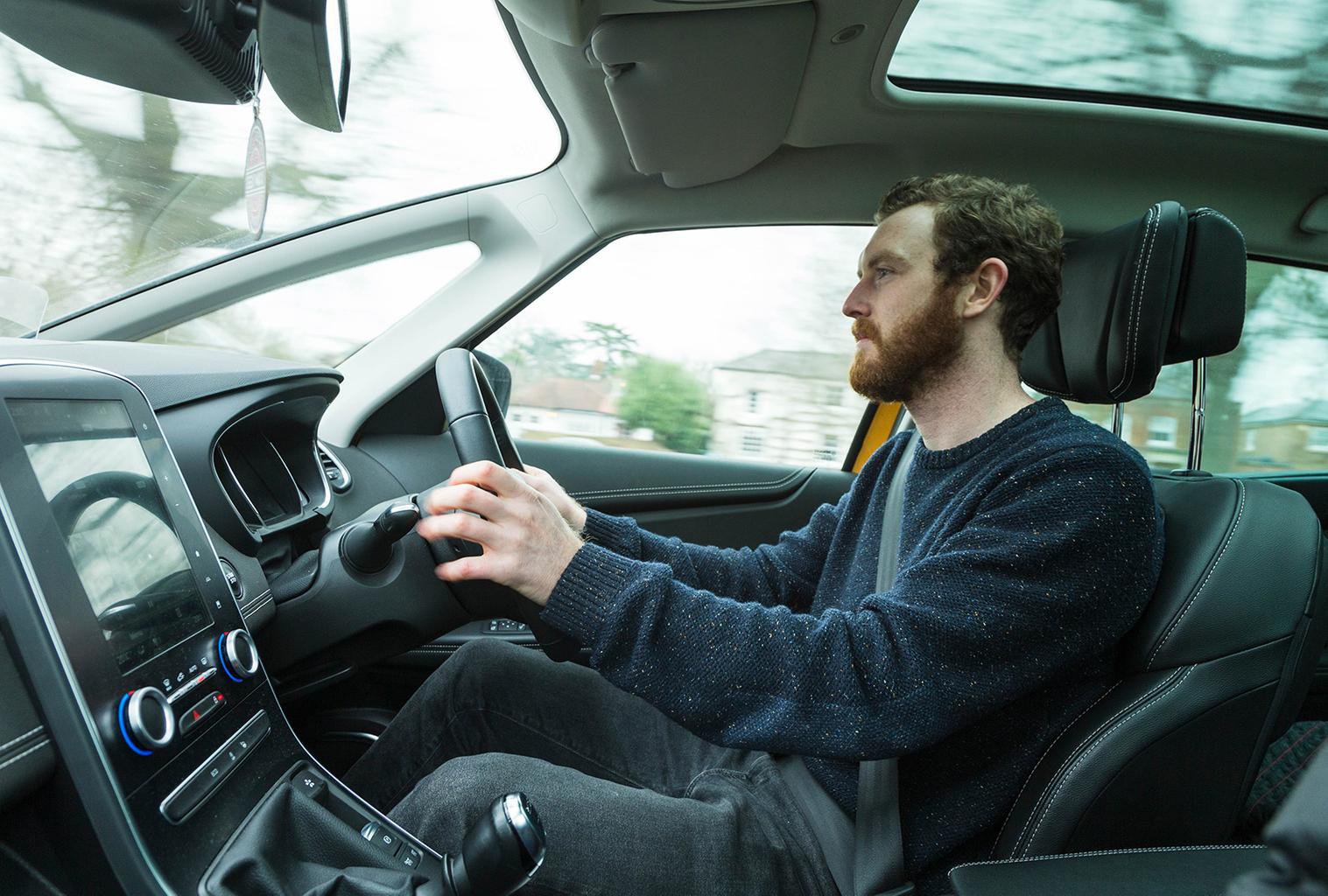 We found the other drawbacks – gripes, really – of Scénic ‘ownership’ to be the keyless entry system, which doesn’t always work as effortlessly as it sounds, and the climate control, which relies too heavily on the touchscreen inputs. In fact, the overall layout of the Scenic’s interior controls are a little misconceived.

The designers have attempted to de-clutter the dashboard by replacing physical buttons with touchscreen inputs, but these icons are often too small and dotted around the edge of the screen. In addition, too many operations require you to cycle through a number of menus, which is not only frustrating but also, in the context of driving, quite hazardous. Several rivals, most notably from BMW and the Volkswagen Group, address this aspect of usability with greater panache.

Maintenance has been a doddle, with the Scénic requiring only its ‘A+B’ service during its time with us. That consisted of an interior filter change along with an oil and filter change. The major consumables were also checked, and all in it came to just £258.

So, while the Scénic may not match the technological highs of German rivals, its distinctive design and easygoing nature make it likeable. That it's cheap to run is a major bonus, too – just double check with the people who'll be sitting in the back before buying.

More on our long-term Renault Scénic >