The Volkswagen Tiguan 2.0 Bi-TDI is the most powerful version of the company's small SUV. But is it the best?... 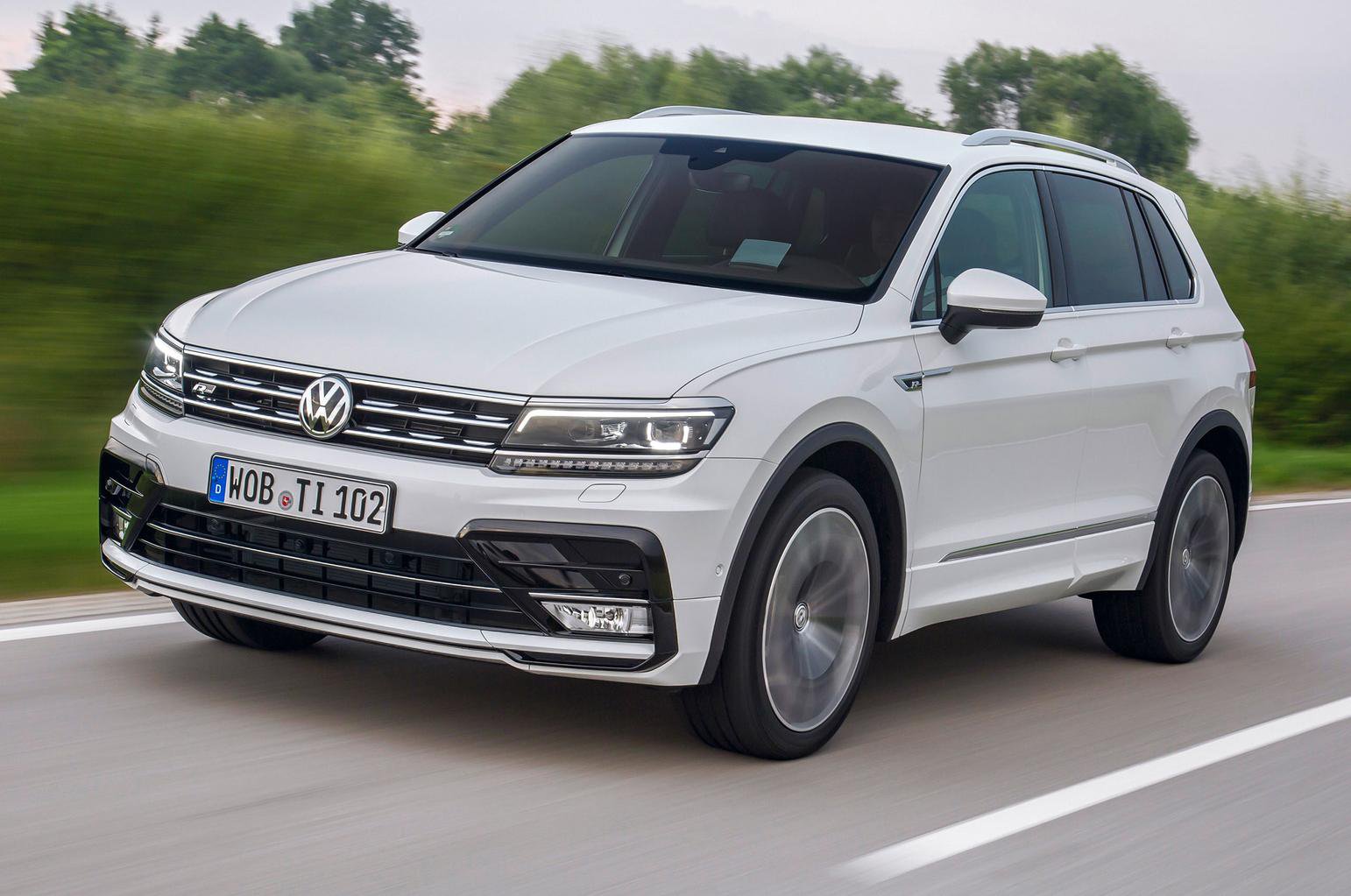 If you like the look of the new VW Tiguan but want more power, this latest version might just do the job. Its 2.0-litre four-cylinder twin-turbocharged diesel engine delivers no less than 237bhp, allowing the small SUV to hit 62mph from rest in 6.5sec before running out of puff at 142mph.

Despite this substantial performance, the Tiguan Bi-TDI officially manages 44.1mpg and produce a vaguely respectable 167g/km of CO2. It can be had in SEL and sporty R-Line trims and comes with VW’s 4Motion four-wheel drive system and a DSG dual-clutch automatic gearbox as standard. It’s not exactly cheap, though, with the range-topping R-Line version we drove expected to start at around £38,000.

The engine delivers a lot more low-rev pulling power than you get from most SUVs of this size, although outright performance is a long way from rampant. Tall gearing is the culprit, the pay-off being those reasonable fuel economy and CO2 emission figures. To get this Tiguan to go accelerate as swifty as the numbers suggest requires you to activate the gearbox’s Sport mode and put your foot down hard. 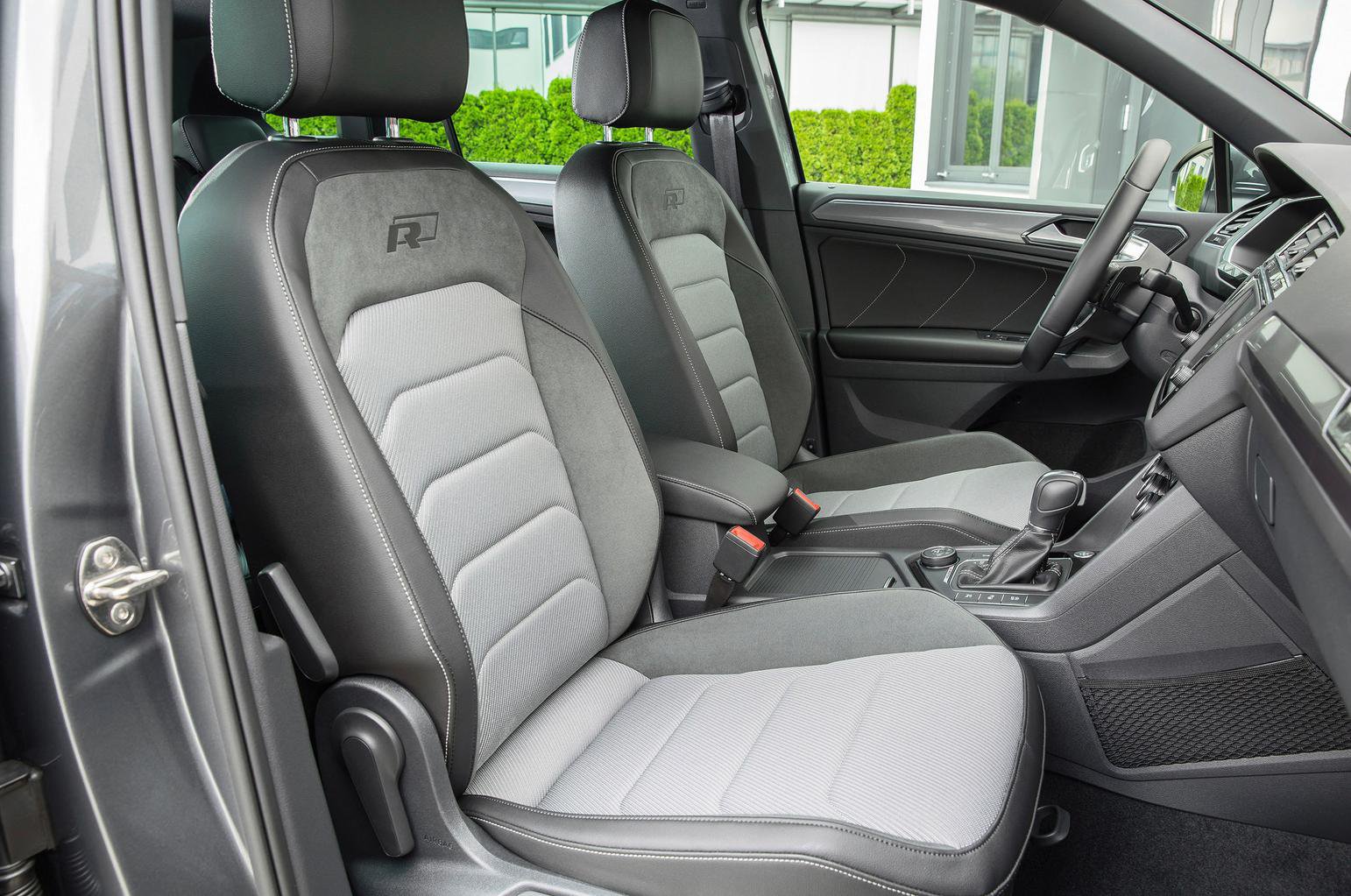 If you’re a keen driver looking for a cut-price Porsche Macan, the Tiguan Bi-TDI is unlikely to excite you. It never feels particularly agile through corners and its steering is quite slow, plus an over-firm ride – especially on optional 20in wheels – also dulls the experience, and the adjustable suspension does little to compensate.

Of course, most buyers will be less interested in how easy the Tiguan is to live with, and the good news is that, jostling ride apart, it delivers. The twin-turbo diesel engine is relatively hushed, and at high speed the cabin is admirably quiet apart from the faint rush of air past the front pillars.

You can order this most powerful version of the Tiguan either as a more comfort-orientated SEL model or in sportier R-Line trim, although the differences between the pair mostly affect way the car looks from the outside, with the R-Line’s styling being much more aggressive.

Inside, the differentiation is mainly around colour choices. The R-Line trim options consist mostly of black and grey leather or cloth, while the SEL offers considerably more choice, some of it tastefully colourful. The same applies to the SEL’s exterior paint choices. 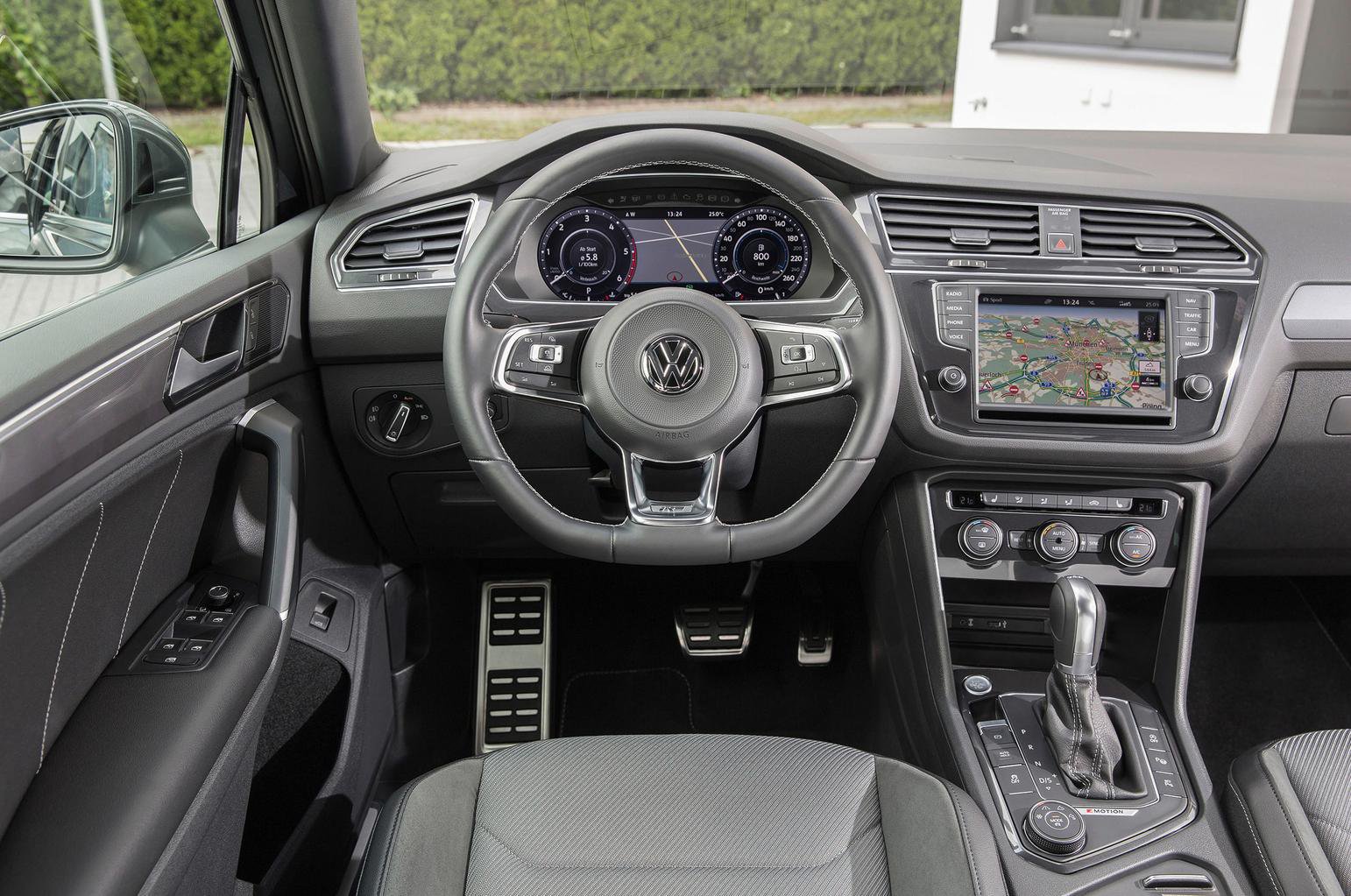 Both trims are otherwise broadly identical, which means that you enjoy a well-arranged driving position, clearly laid out controls, a relatively easily understood infotainment system and a smartly finished, if rather conservative, interior. Visibility is good, too, not least because you sit relatively high up.

There’s plenty of space for four, and those in the rear are able to stretch their legs under the front seats (the backs of which provide fold-out trays), but the middle rear passenger’s legs lose considerable space to the transmission tunnel on the floor. No such battles should be expected by those loading luggage into a Tiguan: its boot is big and well shaped, if some distance from the ground. On-board oddment storage is good, too. 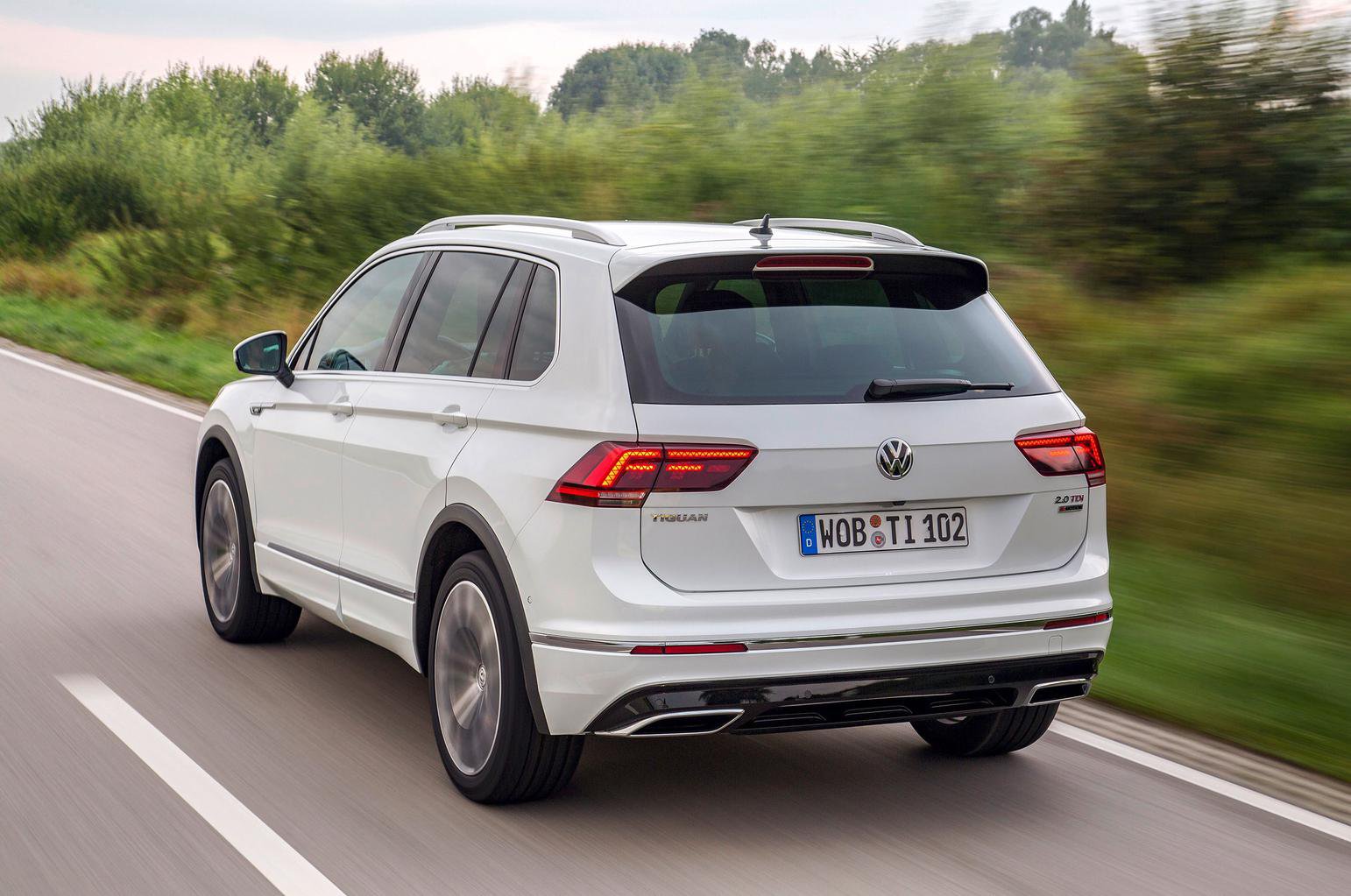 This latest Tiguan provides some new connectivity upgrades on the security and safety front. Bundled under the Car-Net brand, these include the now mandatory ability of the car to contact the emergency services post-accident, either via an occupant’s button press or, if they’re unable, by automatically determining the unfolding of an incident, along with its severity.

Features previously the preserve of VW’s electric models, such as using your smartphone and an app to check its fuel level, and confirming that the car is locked or triggering a breakdown call by pressing a button, are also provided. The system additionally monitors the car’s servicing and repair needs and can transmit these to the owner’s preferred dealer ahead of the work.

Additionally, and in a manner slightly reminiscent of Cold War surveillance, it can tell you whether the car has entered a particular area or exceeded a speed that you would prefer that it didn’t, by pre-programming the navigation. That might be useful for admonishing offspring guilty of visiting a dubious club, perhaps, the car alerting you via your smartphone, but it’s more likely to be useful to rental companies readying themselves for the vehicle’s return to base.

If you regularly lug a caravan or heavily laden trailer, the extra pulling power of this most powerful Tiguan could well prove useful. Yet despite its fairly substantial power output, the Bi-TDI isn’t really a sports SUV, although it certainly makes for an effective long-distance cruiser.

Truth is, though, that at typical UK speeds one of the less potent 2.0-litre diesels will do the job almost as well for a lot less money. And this Tiguan is not particularly cheap, its estimated £38,000 price putting it among the performance versions of the Mercedes GLA and Audi Q3. Keen drivers will find it an entirely capable but not especially engaging drive, while many more will be disappointed by the sometimes jarring ride.

This is a capable car, but not sufficiently different from lesser Tiguans to justify the extra outlay.