In almost every respect, the Kamiq's driving position is very good. You get plenty of adjustment, including for seat height and lumbar support – the latter on all but the basic S trim – plus a seat that offers good side support and long-distance comfort. The steering wheel has a lot of travel for height and reach to get you sitting comfortably, too, there's a front-centre armrest (again, on all but S trim) and all the buttons are arranged logically. With SE L trim you even get digital instruments as standard, which can show full-screen navigation maps on the 10.3in screen just below the driver's eye line.

So, why not the full five stars for this category? Well, the Kamiq is barely any higher off the ground than a regular hatchback, so, if you're after that high-riding SUV driving position – either for a commanding view of the road or to make getting in and out easier – you'll be very disappointed. In this class, for something that really does feel like a proper high-riding SUV, we recommend trying the Ford Puma, the Volkswagen T-Cross or T-Roc instead.

While you don't sit especially high in the Kamiq, you still get a better view out in all directions than you would in many of its rivals, such as the Stonic or Puma. That's because the front pillars are quite thin and there's an expanse of open glass area at the rear of the car, cutting down on any blind spots.

That means rear passengers will find the Kamiq easier to see out of than many rivals, too; the tall side windows give even children a good view of the outside world – handy if your kids are prone to travel sickness.

Rear parking sensors are fitted from SE trim and front sensors or a rear-view camera are optional on all versions. Ultra-bright LED dipped-beam headlights are standard on every trim, and there's the option to upgrade to LED main beams, too. 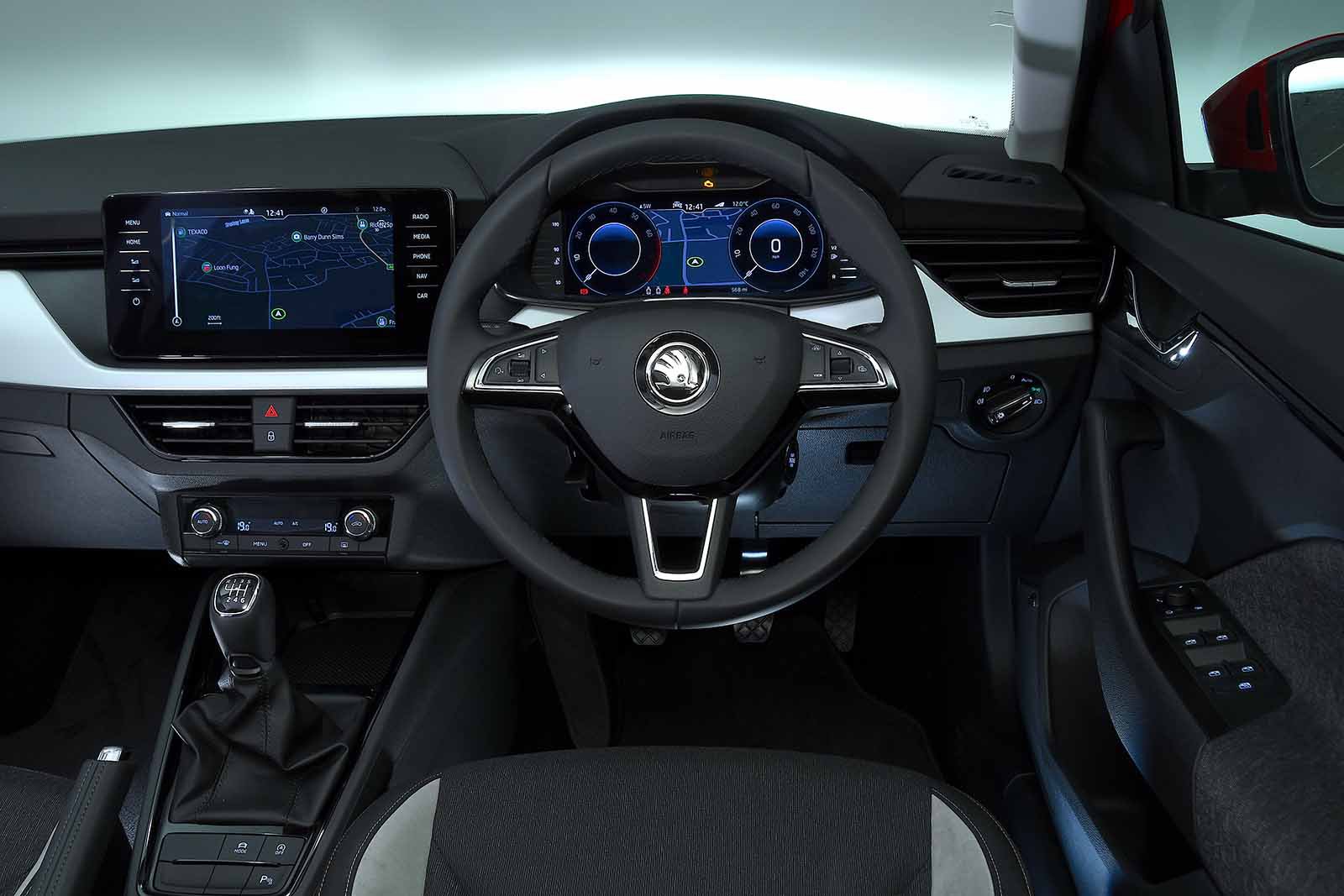 Go for entry-level S trim and you’ll get a 6.5in touchscreen infotainment system. The screen is enlarged to 8.0in if you upgrade to SE trim and 9.2in if you shell out for range-topping SE L.

All three systems have Bluetooth and a DAB radio, with Apple Carplay and Android Auto smartphone mirroring standard on the 8.0in system and above. Only the range-topping 9.2in system is available with in-built sat-nav and Skoda’s voice assistant, called Laura. Much like Google’s Alexa or Apple’s Siri, this can recognise natural speech as well as set commands, although, in our experience, it’s a bit hit and miss.

There are two USB-C ports in the front and you can pay extra to have a couple more in the rear, allowing you to charge plenty of smartphones and other electronic devices on the move.

The graphics of the 8.0in and 9.2in screens look smart and the menus are easy enough to use, but, again from our experience, the system has a tendency to run sluggishly at times and even crash. Skoda has released a patch for the software that has improved the situation, but not completely cured it.

An impressive thing about the Kamiq is the quality of its interior relative to the wider class. Even its VW Group cousins, the Seat Arona, Volkswagen T-Cross and T-Roc, are full of hard and unyielding plastics in places that you touch regularly – including the dashboard and the insides of the doors – and rivals such as the Kia Stonic are no better.

In the Kamiq you’ll find plenty of squidgy and more appealing materials. It feels like an altogether more expensive car inside than its key rivals, which is deeply impressive. Having said that, it's not as swish as the Nissan Juke, while the pricier Mini Countryman or Audi Q2 are plusher still if you're after some serious swagger. 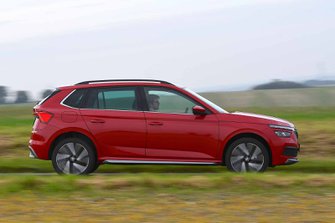 Roomy and well-equipped, but so-so to drive