You’ll have no problem fitting in the front of the Kamiq; indeed, if you're really tall it's one of the small SUVs to check out. Leg room is generous and there’s a very useful amount of head room, too, even with the optional panoramic sunroof fitted.

You’ll also find 26-litres worth of storage cubbies dotted around the interior; far more than most rivals offer. There’s even a small drawer under each front seat if you option the relatively cheap 'Simply Clever Pack', which also includes the door protectors we mentioned in our introduction.

That ‘King Size’ reference in the intro is most applicable to the Kamiq's back seats. It uses the same underpinnings as the Seat Arona and Volkswagen T-Cross, but stretched between the front and rear wheels (that is, it has a larger wheelbase to use some industry-speak) for more space.

So, in terms of rear leg room, the Kamiq has loads of it. Noticeably more than the Ford Puma, Arona or T-Cross, and it's also slightly bigger than the Volkswagen T-Roc. Even if you’re a six-footer, sitting behind someone else of a similar height, you’ll have a gap of several inches in front of your knees. And, thanks to the Kamiq’s relatively boxy shape, there’s a frankly ridiculous amount of rear head room. However, you’ll have to pay extra for a central rear armrest and it’s only available from SE trim and above. 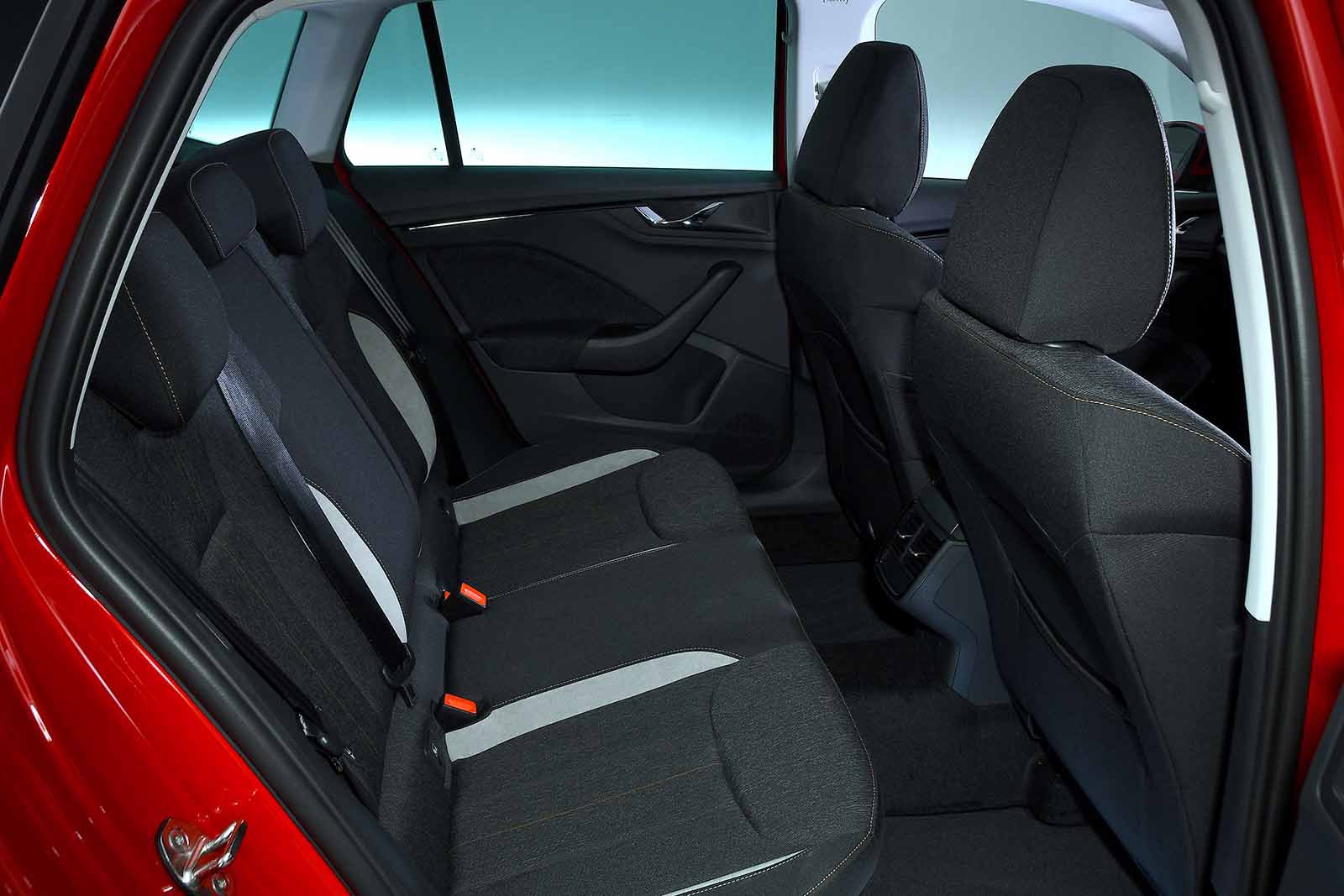 It’s a shame the Kamiq doesn’t have the sliding rear seats that feature in the T-Cross, or the useful ski hatch that a T-Roc comes with. And there's no sign of the folding front passenger seat that some other Skoda's have. All of these are handy features that would provide greater versatility.

All Kamiqs do come with 60/40 split-folding rear seats, while SE L and Monte Carlo trims add a height-adjustable passenger seat that’s optional on all other trims. That's it for interior flexibility.

This is another strong area for the Kamiq. It beat the tally of five carry-on cases that we fitted below the parcel shelf of a T-Cross, the six that a Nissan Juke managed, and equals the seven that a T-Roc can handle. That said, the T-Roc had a bit more room to spare because its boot is slightly longer and wider. Only the Ford Puma's clever boot, which has a massive trough underneath its floor, can do better, fitting up to eight cases.

Unless you add the optional height-adjustable boot floor to the Kamiq there’s a fairly hefty lip at the boot's entrance, as well as a step in the floor when the rear seats are folded down. It's not an expensive addition, so well worth ordering.