The entry-level engine of the Volkswagen Touareg range is a 3.0-litre V6 diesel with 228bhp, which brings 3.0 V6 TDI 231 badging. We reckon this is the one to go for because it offers plenty of low-down grunt – so you don’t have to thrash the wheel nuts off it to make quick progress or to pull a horsebox – and it'll go from 0-62mph in 7.6sec when you give it full beans.

The 282bhp 3.0 V6 TDI 286 is quicker if you need more welly, with a claimed 0-62mph of just 6.1sec and a truly monumental amount of low-down grunt, it doesn’t feel much slower than the sporty range-topper, the Touareg R.

Both diesel engines emit a slight rumble when idling and you'll feel mild vibrations through the steering wheel that remind you which colour pump they drink from. Once you're on the move they quieten down nicely, much like they do in the Audi Q7. Around town, they’re more hushed than the four-cylinder diesels in the Volvo XC90.

What if diesel isn't your thing, though? Well in that case, you only have one choice: the 335bhp 3.0 V6 TSI 340 petrol. The good news is that it's the smoothest engine in the Touareg range, staying creamy and quiet all the way from idle to maximum revs. It’s also surprisingly quick, with a 0-62mph of just 5.9sec (only the BMW X5 40i petrol feels significantly stronger among its petrol equivalents).

The standard eight-speed automatic gearbox changes smoothly up and down through the ratios but sometimes proves annoyingly hesitant when you're trying to accelerate briskly away from a standstill. It can also be a little slow to kick down when you need a sudden burst of acceleration, even in the sharper sport mode. That's not great when you're overtaking.

All Touaregs (except the top-spec Black Edition and performance-focused R) come with conventional passive suspension as standard, but the set-up is too firm. Even in SE trim with the smallest 19in wheels, it is quite agitated over road imperfections and thumps across harsh potholes.

R-Line models, with stiffer sports suspension and bigger wheels, are even less comfortable. We’d suggest adding the optional air suspension, which settles things down. That's quite a pricey option, though, and even with the Touareg has it fitted, it does not ride as well as the Q7 and X5 (which have air suspension too).

For such a big machine, the Touareg steers neatly, with a better sense of connection between you and the front wheels than an XC90.

Adding the optional four-wheel steering, which turns the rear wheels in the opposite direction to the fronts at low speeds or in the same direction at high speed, gives you a tighter turning circle (only 20cm bigger than in a Volkswagen Golf) and greater stability at speed. That's not a must-have addition, though.

The standard four-wheel drive delivers masses of traction, and the Touareg grips tenaciously and resists body roll relatively well, and it’s definitely more nimble than the XC90. That said, you’re still very conscious of its weight during fast changes of direction, and it’s never what you’d call fun. For more enjoyable handling, try an X5, or the Porsche Macan or Cayenne.

If you really want to push the boat out, you can add the Professional Chassis pack, which brings active roll compensation. Put simply, that automatically adjusts the suspension's anti-roll bars in an effort to prevent the VW Touareg from leaning over too much when you’re cornering hard. In our view, while it’s effective at removing the body roll, it doesn’t justify the extra cash because it can't transform the car into a lithe sports car. 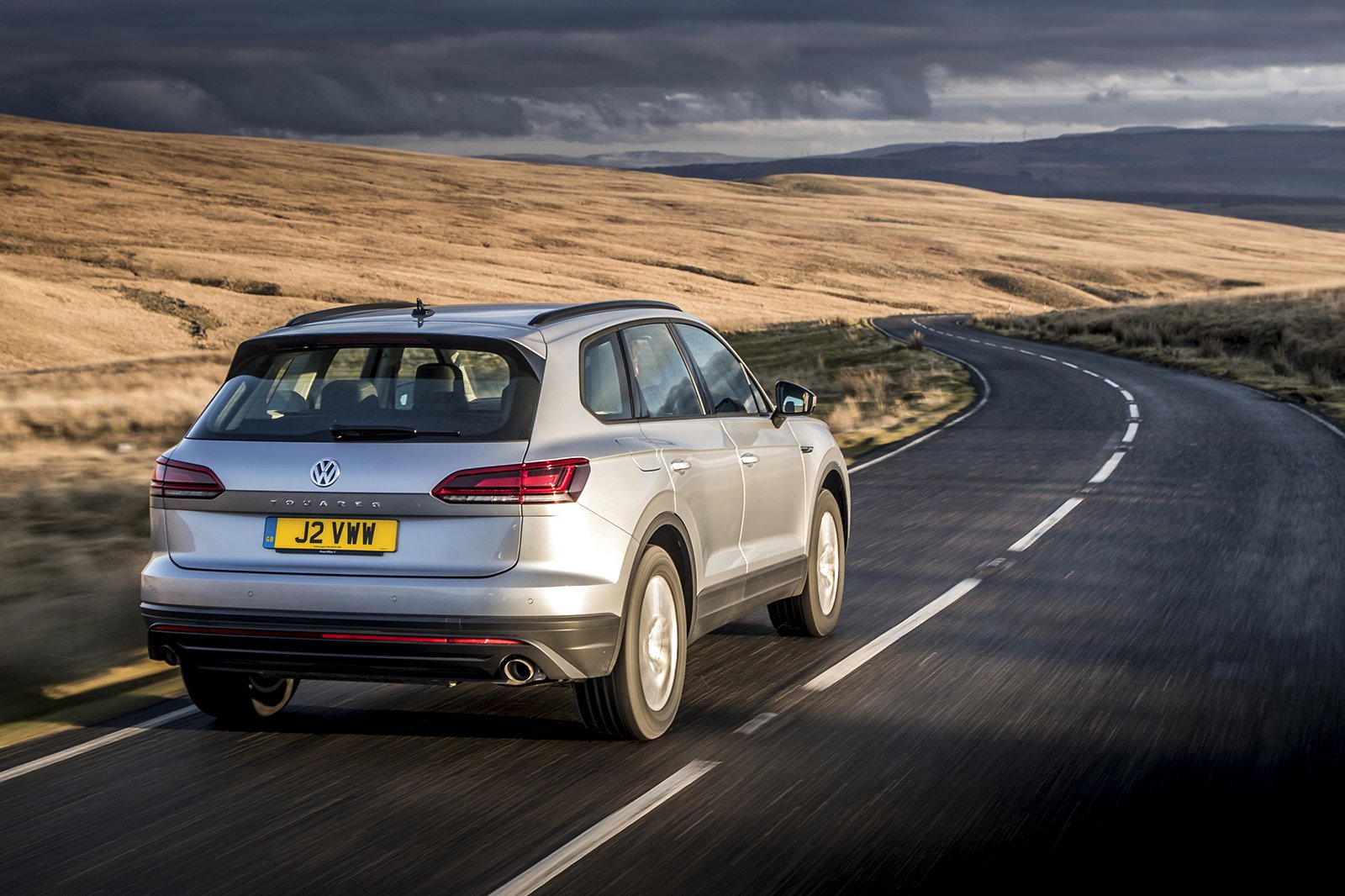