The five-seat-only Volkswagen Touareg does not accommodate as many people as the seven-seat Audi Q7, Land Rover Discovery or Volvo XC90, but for five it’s still practical. Front space is verging on palatial, and the you get almost as much room in the back seats.

There's enough rear leg room for six-foot-plus adults and head room is equally generous, even with the optional panoramic roof fitted (this comes as standard on top Black Edition and the Touareg R). Only the wide central rear floor tunnel is likely to cause a problem for a middle passenger, although this is at least lower than those in some of the rival SUVs.

If you think you'll need more rear space for up to three rear passengers, the Q7 and the Mercedes GLE are worth checking out. Those two have additional fold-out seats in the boot.

The Touareg’s rear bench can be reclined to three angles, ranging from upright (to prioritise boot space) to seriously chilled – useful if your rear-seat passengers fancy a snooze. You can also slide the rear bench backwards and forwards, depending on how much cargo you’re carrying and how long your rear passengers’ legs are.

The vast boot is warehouse-like and can swallow up to 10 carry-on cases, the same number as a Q7 and two more than a GLE. The load area is a square shape with virtually no loading lip, and, if you’ve opted for the air suspension, there’s a function that lowers the back of the car to aid access.

In terms of places to store oddments, the VW Touareg has a pair of big cupholders and storage under the front armrest, as well as a big cubby that can include wireless phone charging in front of the gear selector. 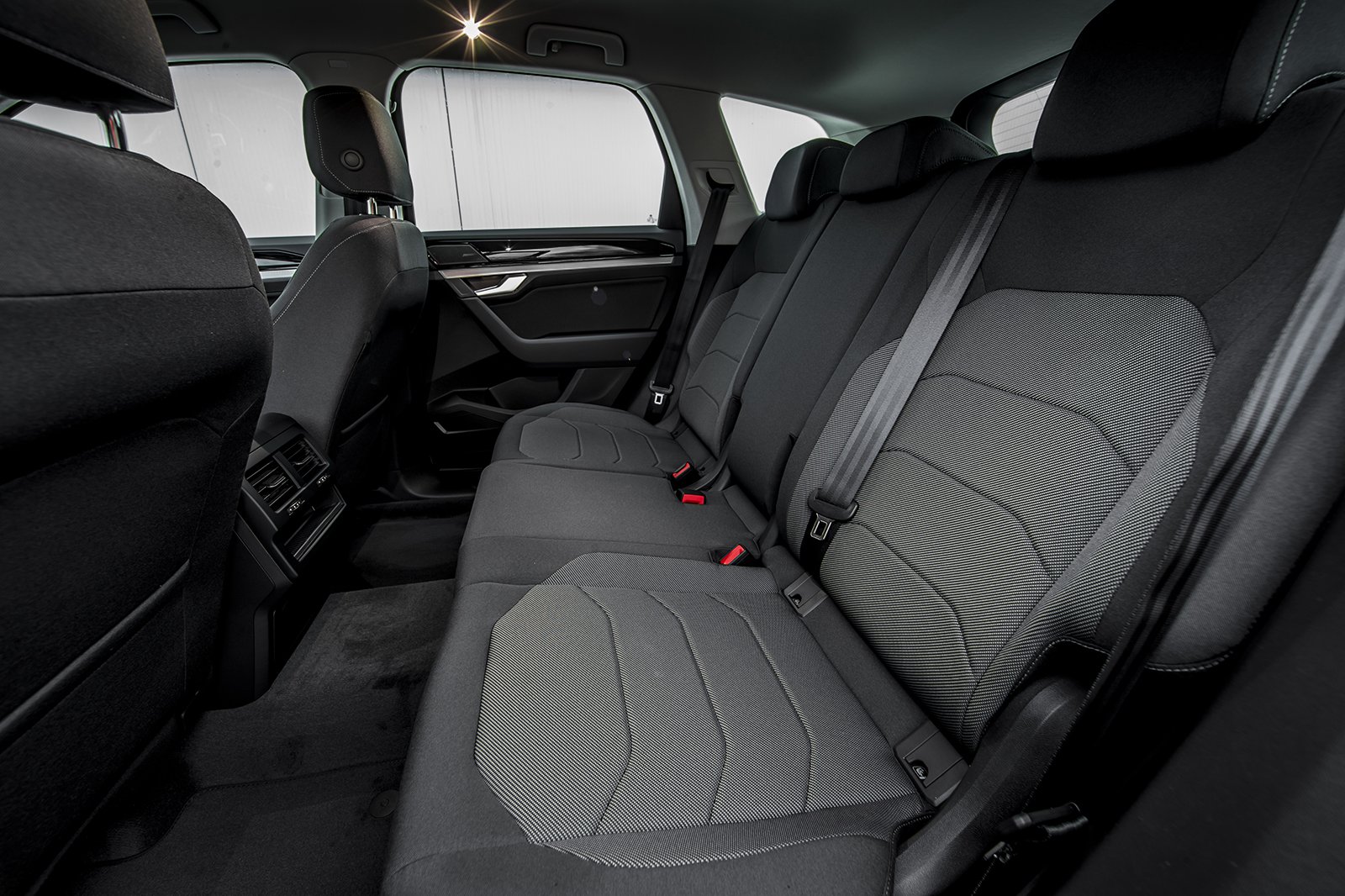