The interior design of the BMW 1 Series is mostly very good. For a start, there’s masses of height and reach adjustment to the steering wheel and plenty of movement to the driver's seat as well. The fly in the ointment comes from having to pay extra for lumbar adjustment, but it's not too pricey and it's the same deal with most versions of the Audi A3 and Mercedes A-Class.

Fully electric seat adjustment is on the options list, and the seat is generally supportive, although the flat and relatively hard cushions don't suit everyone. It’s worth checking you’re happy with them by taking a longish test drive.

The chunky rear pillars restrict the view over your shoulder, but front and rear parking sensors are included across the range, and a rear-view camera is part of a relatively cheap option pack that adds semi-automatic parking assistance. The system can recognise a suitably sized space and help steer you into it. 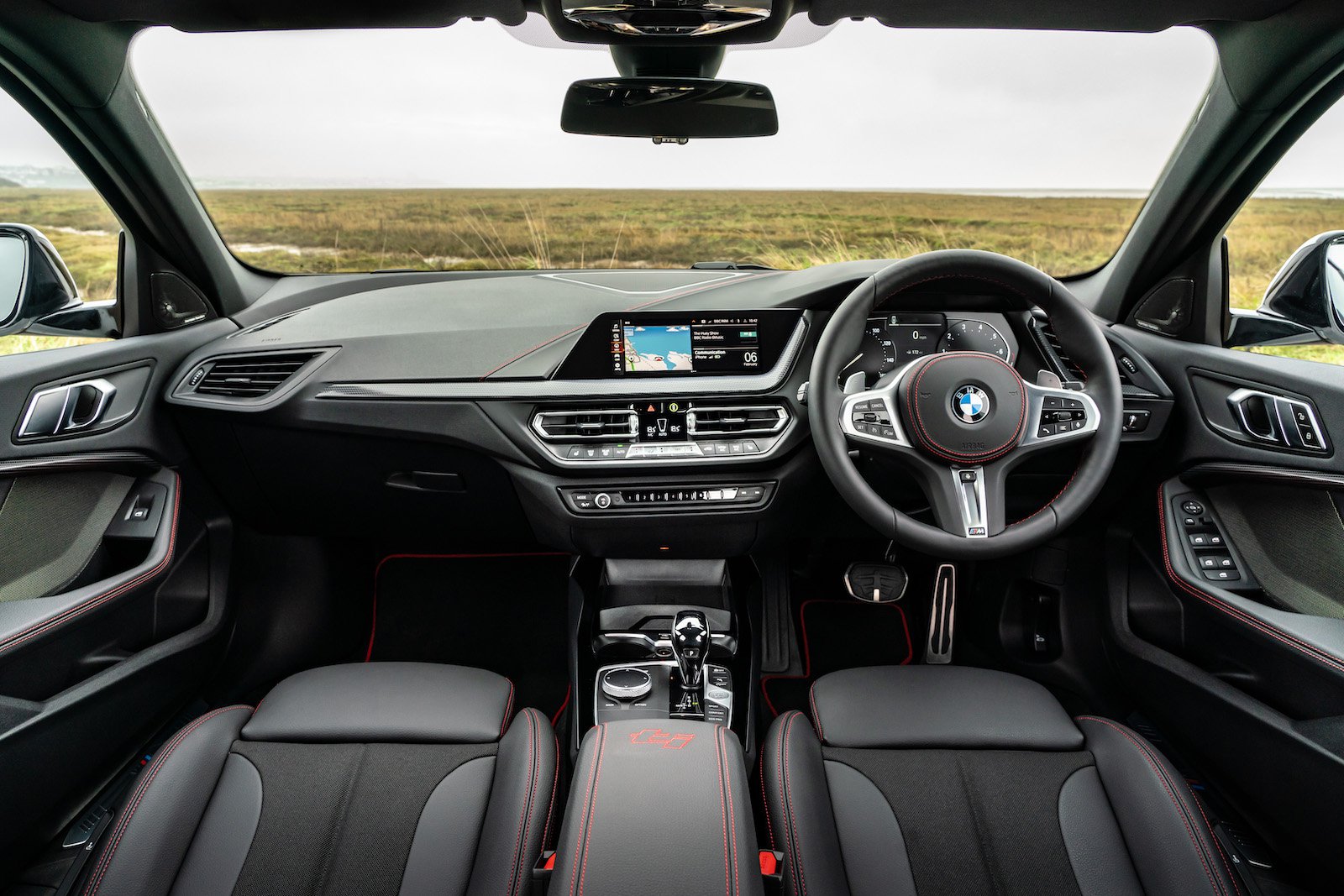 Every 1 Series gets a 10.3in infotainment screen operated by pressing icons on the touchscreen or using the rotary iDrive controller and shortcut buttons by the gear lever.

The iDrive system is the best interface to use when you're driving because it’s much less distracting than the screen. That's why we prefer the 1 Series’ infotainment to the A3’s touchscreen-only setup. It’s also easier to use than the A-Class’s touchpad controller, but that’s a good second. You can also use BMW's voice recognition or even the optional gesture control, although that's a bit of a gimmick.