Let’s not beat around the bush: the Honda Jazz is expensive, costing more to buy outright than the Ford Fiesta, Peugeot 208 and Volkswagen Polo. However, it does come very well equipped as standard (see below) and it’s predicted to hold on to its value much better than most rivals, including the Toyota Yaris Hybrid.

The Jazz also did very well in our real-world True MPG test, although not quite as brilliantly as the Toyota Yaris Hybrid. The Yaris also emits less CO2, although the Jazz beats just about every other rival on that score and is a relatively cheap company car because of it.

We wouldn't recommend the Crosstar EX model, though. Not only does it add even more to the Honda Jazz's hefty list price, but it also has a higher CO2 emissions figure.

The Honda Jazz is a very well-equipped car. Even in entry-level SE spec it comes with automatic lights and wipers, climate control, adaptive cruise control, power-folding door mirrors and a whole host of safety equipment (check out the Safety and Security section below). One omission is alloy wheels – you get wheel trims instead.

For 15in alloys, you need to upgrade to SR spec, which is our favourite. Why? Well, the reasonable hike in price brings not only the front and rear parking sensors and the better infotainment system we discussed earlier, but also part-leather seats and smarter interior trim.

The range-topping EX model adds quite a bit more kit, including keyless entry and a heated steering wheel, but it’s pricey, while the SUV-inspired Crosstar EX is super expensive. 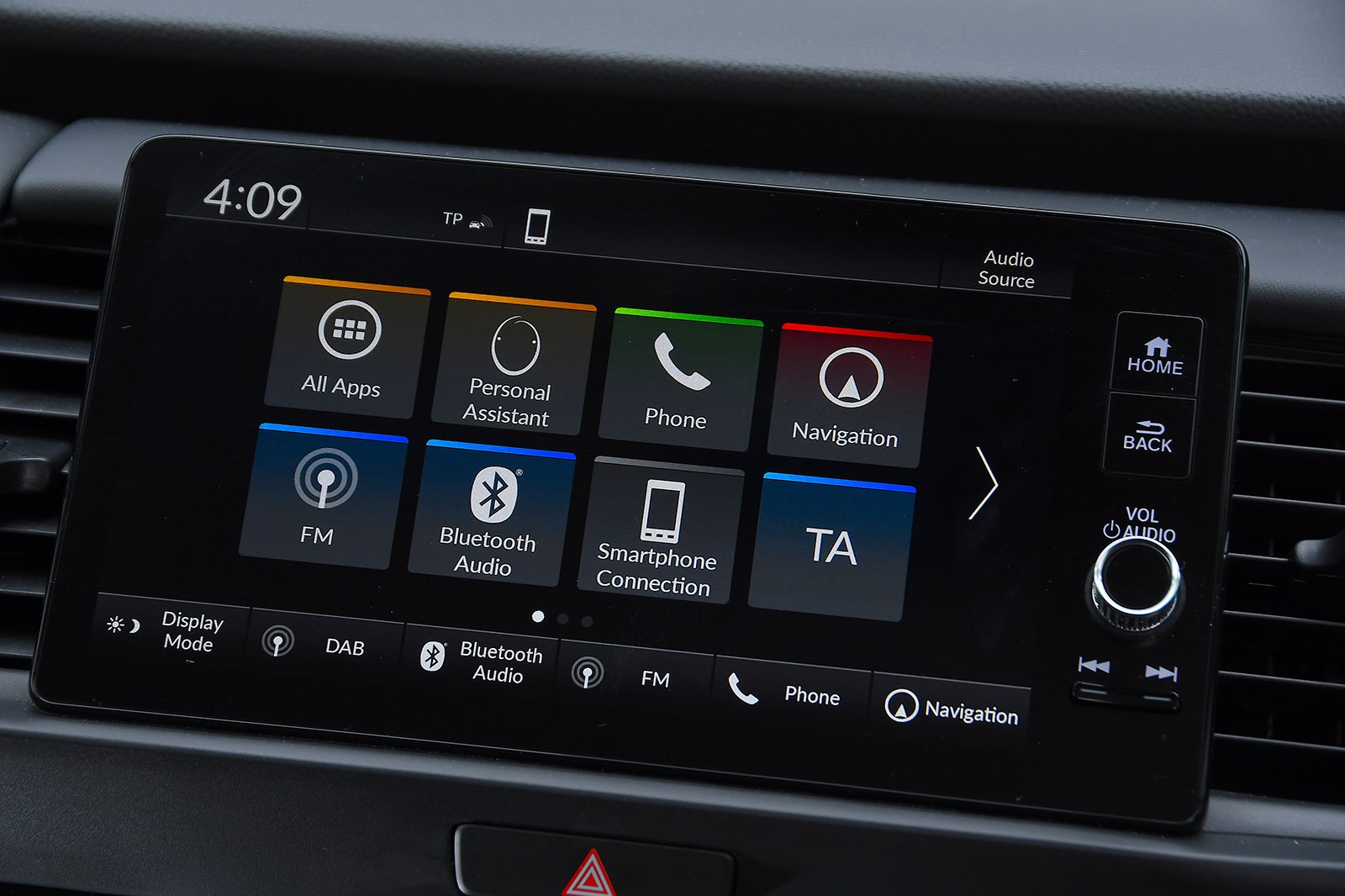 Honda finished a respectable eighth (out of 31 manufacturers) in the What Car? Reliability Survey, above the likes of Ford, Peugeot and Volkswagen. However, Skoda was fifth and Toyota third, so Honda isn't quite the reliability champion it once was. The latest Jazz was too new to feature in the survey, though.

The latest Honda Jazz received five stars (out of five) when appraised by Euro NCAP, even though adult protection in the front impact test could have been a little better. It gets lots of safety systems as standard, including lane-keeping assistance, traffic-sign recognition, automatic emergency braking (AEB) and Isofix mounts on the outer rear seats.

If you upgrade to the EX trim, you also get blindspot monitoring and cross-traffic monitoring, the latter of which issues a warning if you’re about to reverse into the path of another car.

As for security, all versions have an engine immobiliser, but only SR models and above get an alarm.