The Range Rover Evoque is quite a substantial car so you wouldn’t expect to struggle to fit in the front, and, sure enough, you won’t – unless you’re exceptionally tall.

The front seats slide a long way back on their runners, and you’d have to be close to seven feet tall to feel your hair brushing the ceiling, even if you opt for a panoramic glass sunroof – a feature that often severely restricts head room.

As for storage space, there’s loads, including a reasonable-sized glovebox and cubby under the central armrest, a couple of cupholders between the front seats and lots of handy trays dotted around.

Although the Evoque is small by Range Rover standards, it's actually quite roomy in the back compared with most other family SUVs. True, the BMW X1 and Volvo XC40 offer a bit more knee room, but the Evoque's seats are better shaped and there's plenty of space for six-footers.

The relatively broad interior also makes carrying three adults in the back less of a squeeze than it is in many rival cars. 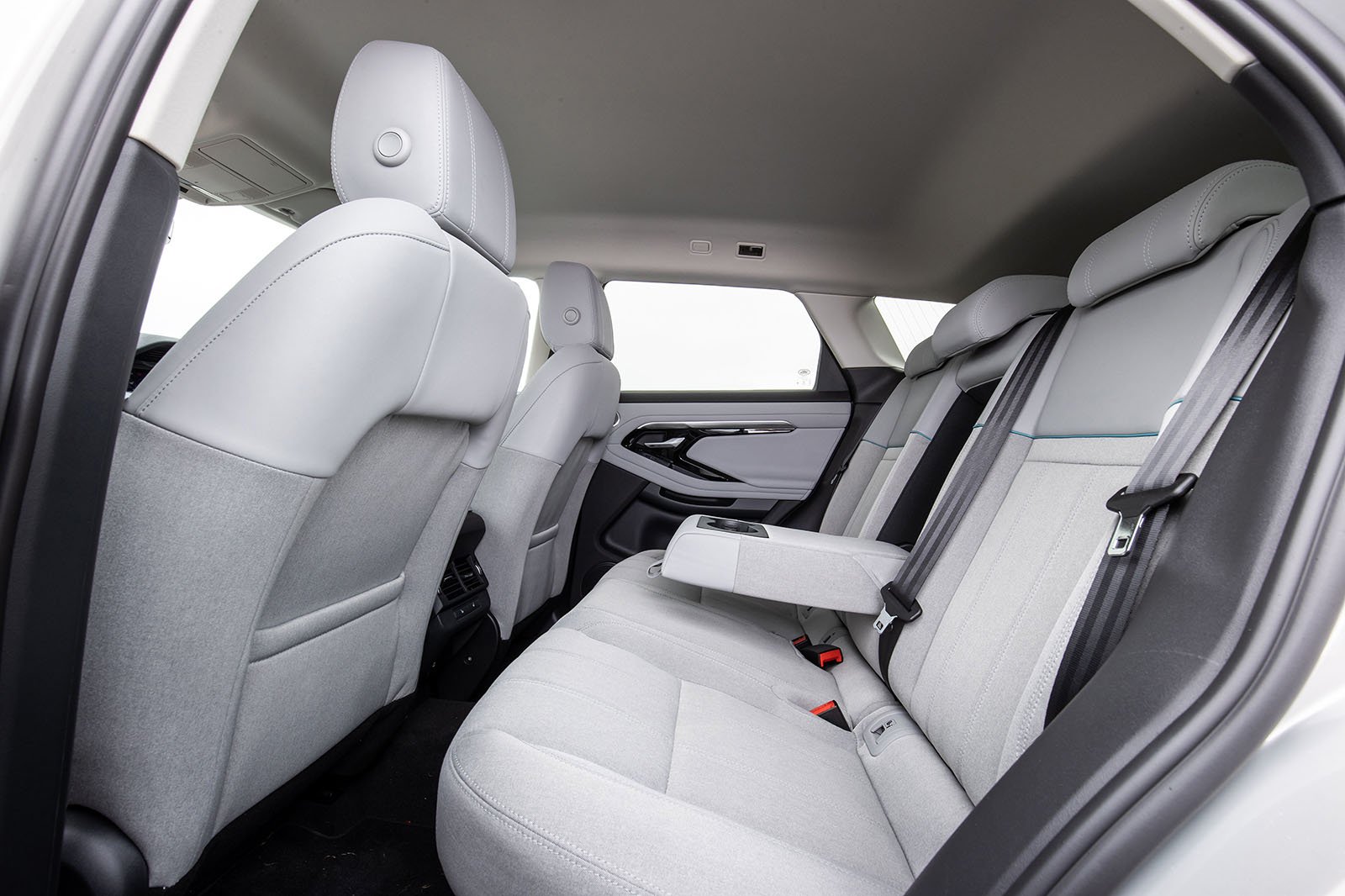 The rear seats of the Range Rover Evoque don’t do anything clever, such as slide or recline (handy features that are available on the Audi Q3 and BMW X1).

However, the rear seatbacks split in a 40/20/40 arrangement, which is better than the 60/40 split you get in the Volvo XC40, because the added flexibility comes in handy when you need to carry a combination of rear seat passengers and a lengthy load.

You can ignore the official boot capacity in litres because Land Rover measures boot space in a different way to most other manufacturers. There's certainly enough space for a buggy or, if you're a golfer, a set of clubs. However, we managed to squeeze only five carry-on suitcases below the parcel shelf, compared with seven in the Volvo XC40 and eight in the BMW X1. Boot space for the P300e remains the same as it is for the non-plug-in hybrid models.

The 40/20/40 split rear seats fold down to leave an almost completely flat extended load bay to help when you need to cart around more clobber.