The second-generation Audi Q5 will go on sale next year and take on the BMW X3 and Jaguar F-Pace. Here's what we know so far... 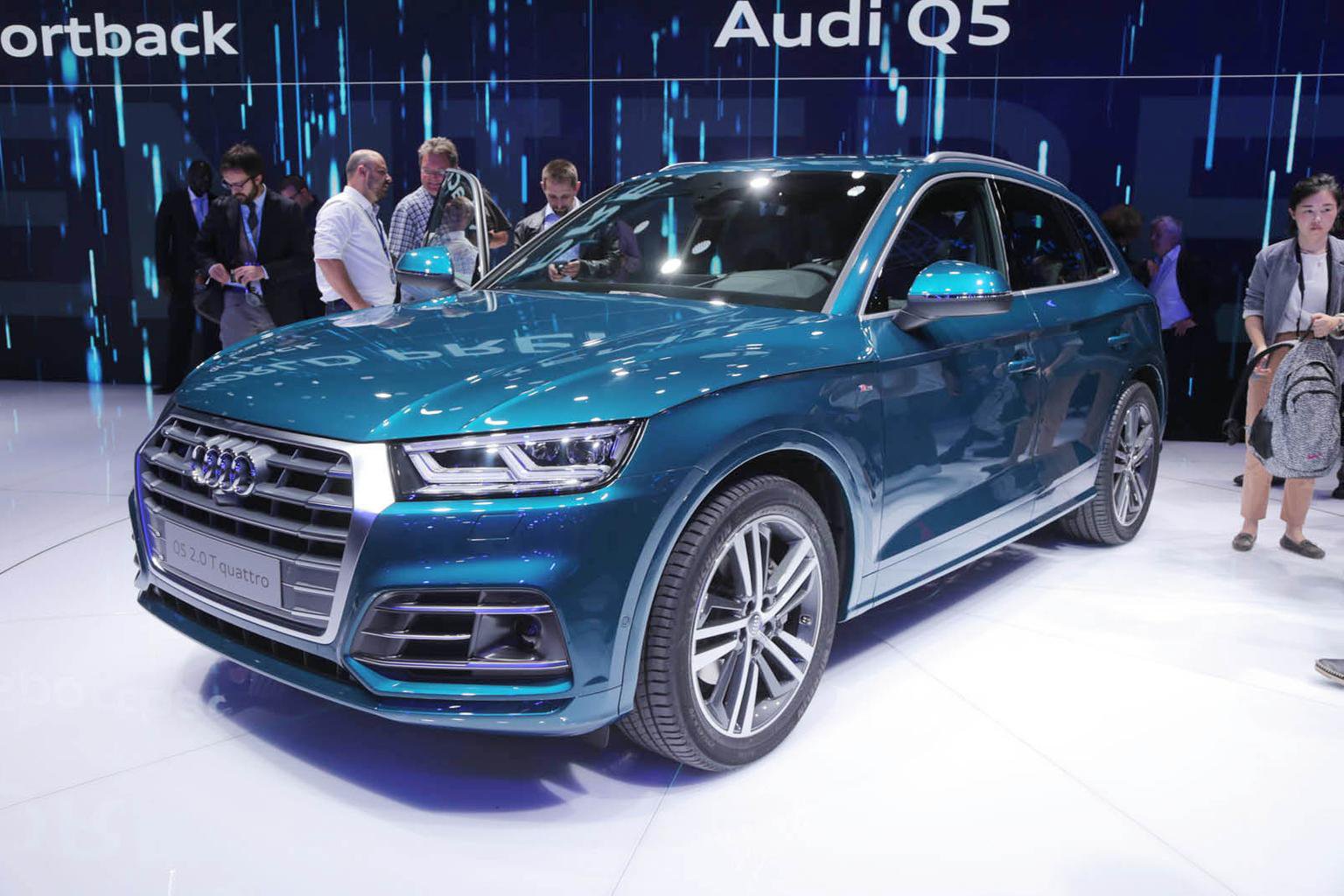 At first glance, the new Audi Q5 couldn’t be any more conservative if it was painted magnolia and had a blue rosette in the glovebox. Indeed, it looks so similar to the car that’s been on sale since 2008 that you could be forgiven for thinking Audi has merely given that a minor refresh.

Not so. The new Q5 actually has little in common with its predecessor beneath the skin, and instead uses the same underpinnings as the latest A4 saloon.

That’s encouraging; while the current Q5 now feels a little dated compared with rival SUVs such as the BMW X3, Jaguar F-Pace and Land Rover Discovery Sport, the A4 is so good it’s What Car?’s reigning Car of the Year.

Model for model, the new Q5 is as much as 90kg lighter than its predecessor, which should improve performance and fuel economy. Plus, Audi is promising improvements in rear leg room and boot space, and ‘exceptionally low’ wind noise thanks to class-leading aerodynamics. Here's everything else you need to know about it.

What engines will the new Audi Q5 have? 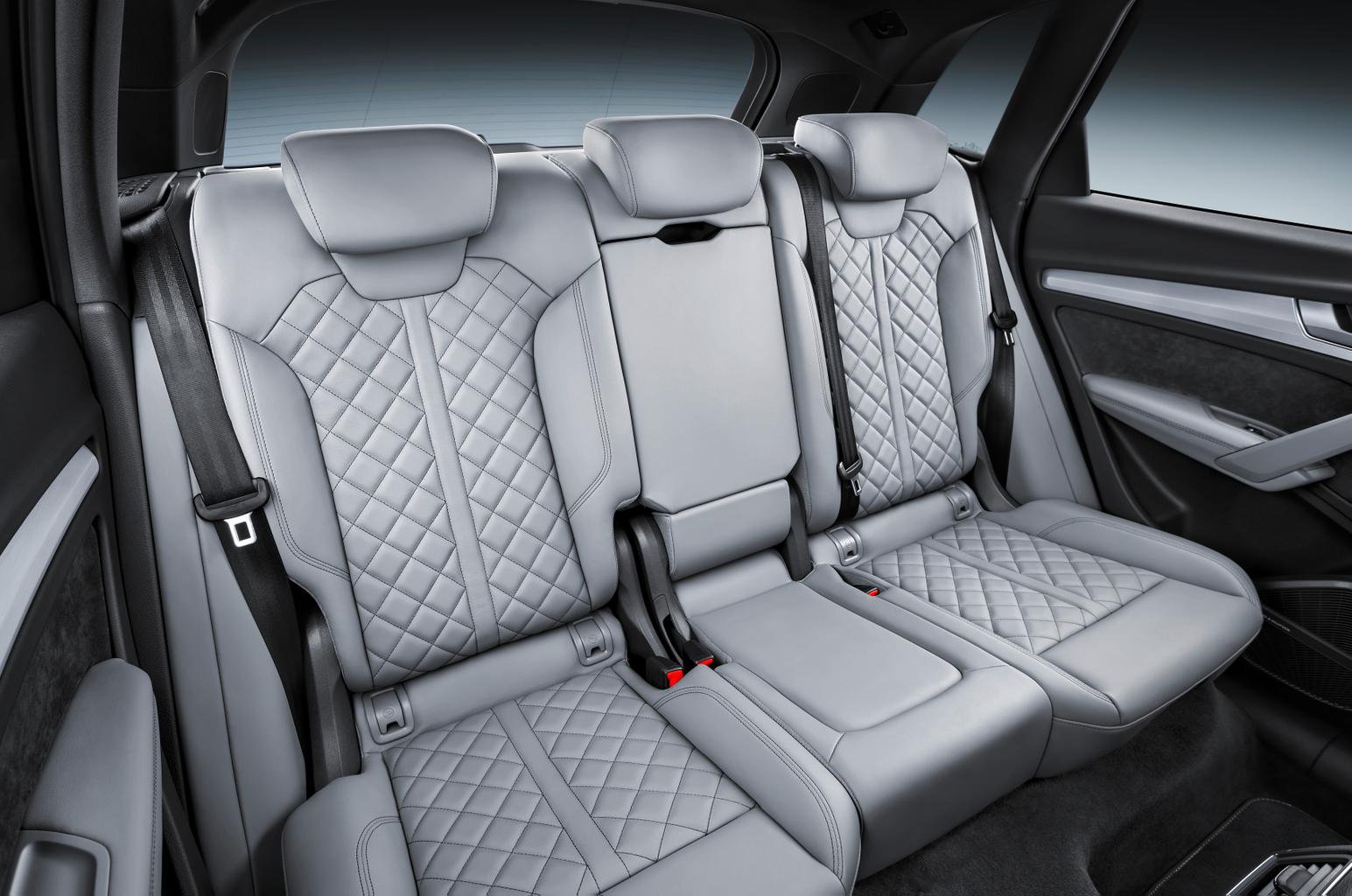 Six-speed manual and seven speed twin-clutch automatic gearboxes will be available with the 2.0-litre engines, while the 3.0-litre will come with an eight-speed auto ’box.

Later, a plug-in hybrid model will be added to the line-up, mating a 2.0-litre petrol engine with two electric motors. In this form, the Q5 should be capable of travelling for up to 31 miles on electric power alone, while a CO2 rating of well under 100g/km will make it an appealing company car choice.

The performance-orientated SQ5, meanwhile, will use a 325bhp 3.0-litre V6 diesel engine, and Audi also has plans for an RS Q5 range-topper that produces almost 500bhp.

Most Q5s will come with quattro four-wheel drive. However, some versions will get Audi's 'ultra' technology, which disengages the rear axle when it's not needed, boosting efficiency. For the first time in a Q5, cheaper front-wheel-drive models will be available, too.

What equipment will the new Audi Q5 come with? 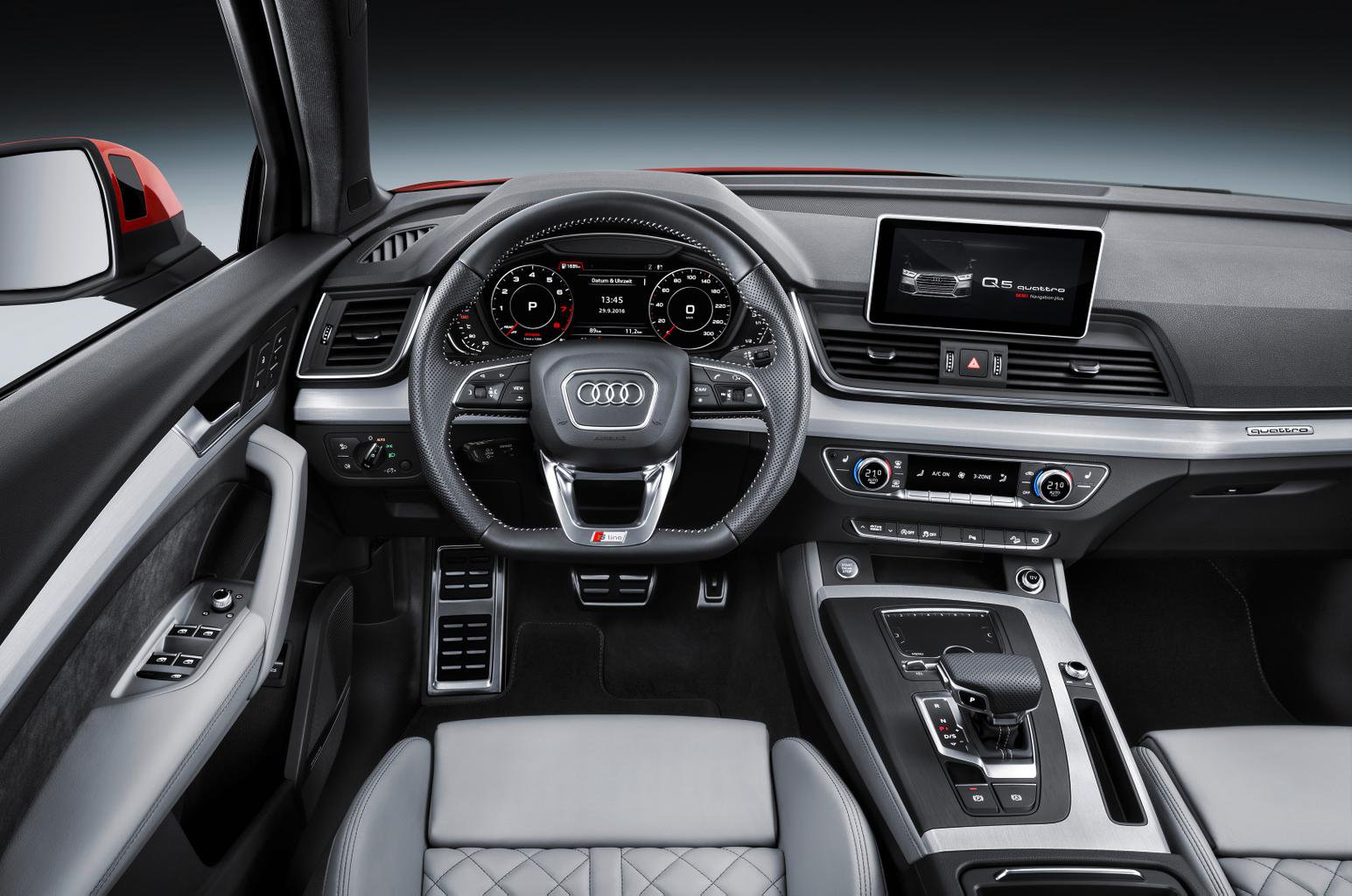 Inside, Audi will offer its Virtual Cockpit, which replaces the traditional instruments with a digital display that can be configured to put infotainment and navigation information right in front of the driver.

This info is also displayed on a central screen, with buyers able to flick through the various menus using Audi’s intuitive Multi Media Interface, which incorporates a rotary dial and touch pad.

Safety technology is grouped into three packages, dubbed Tour, City and Parking. Functions include Autonomous Emergency Braking (AEB), adaptive cruise control and a traffic jam assistance system that can handle some of the steering work in slow-moving traffic.

Audi will also offer its predictive efficiency assistant, which uses data from the sat-nav system to help the driver save fuel. 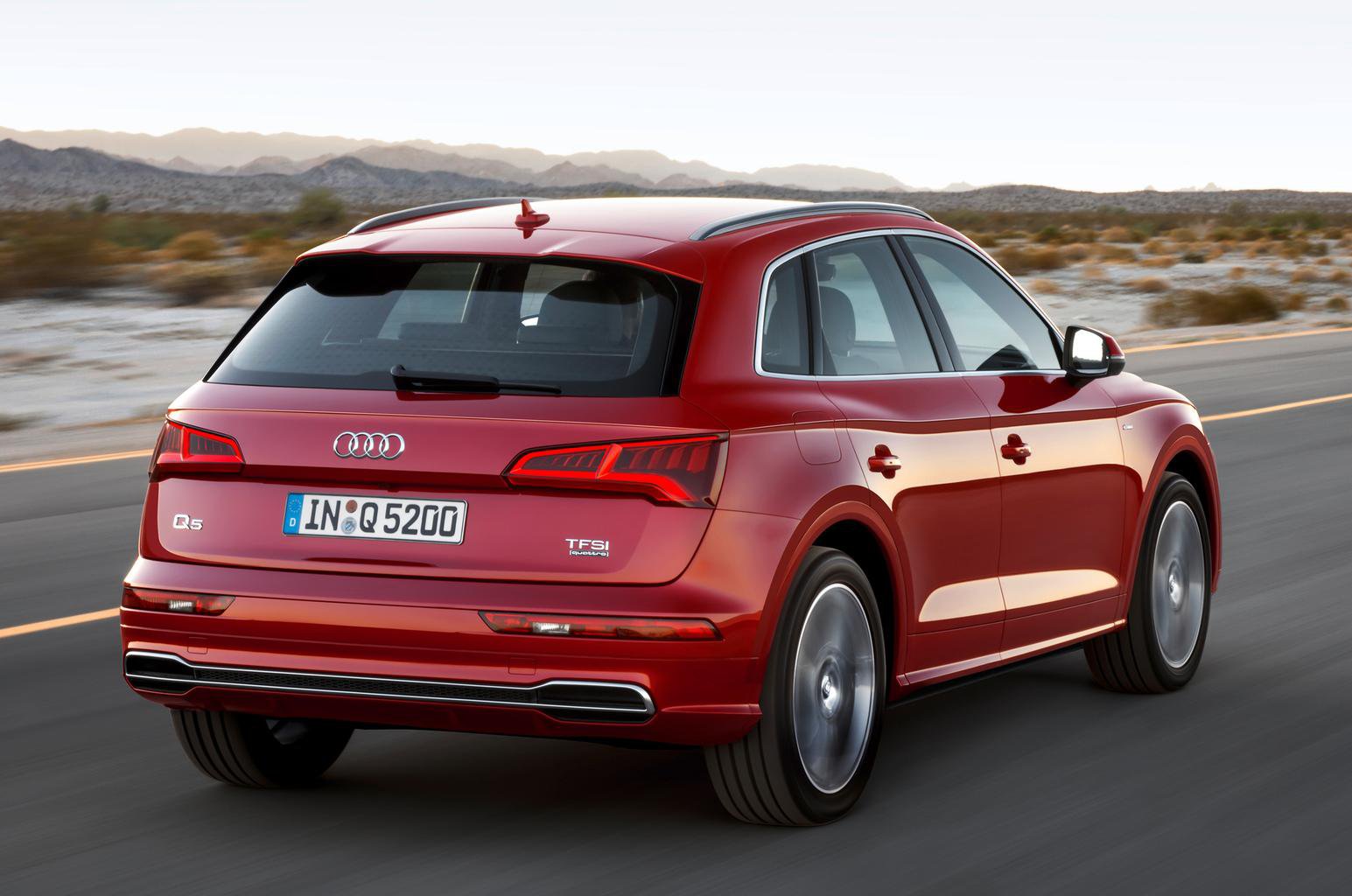 Audi is still to confirm prices, but the new Q5 is expected to cost slightly more than current car, which starts from £32,580.

As its name suggests, the Q5 sits between the smaller Q2 and Q3 models and the larger Q7 in Audi's SUV line-up.

Thinking about buying an Audi Q5? watch the video below for our full verdict, or click here to read our full review.