Nissan adds a more powerful diesel engine to its X-Trail SUV range, but it's only worth considering if you plan on filling all seven seats most days... 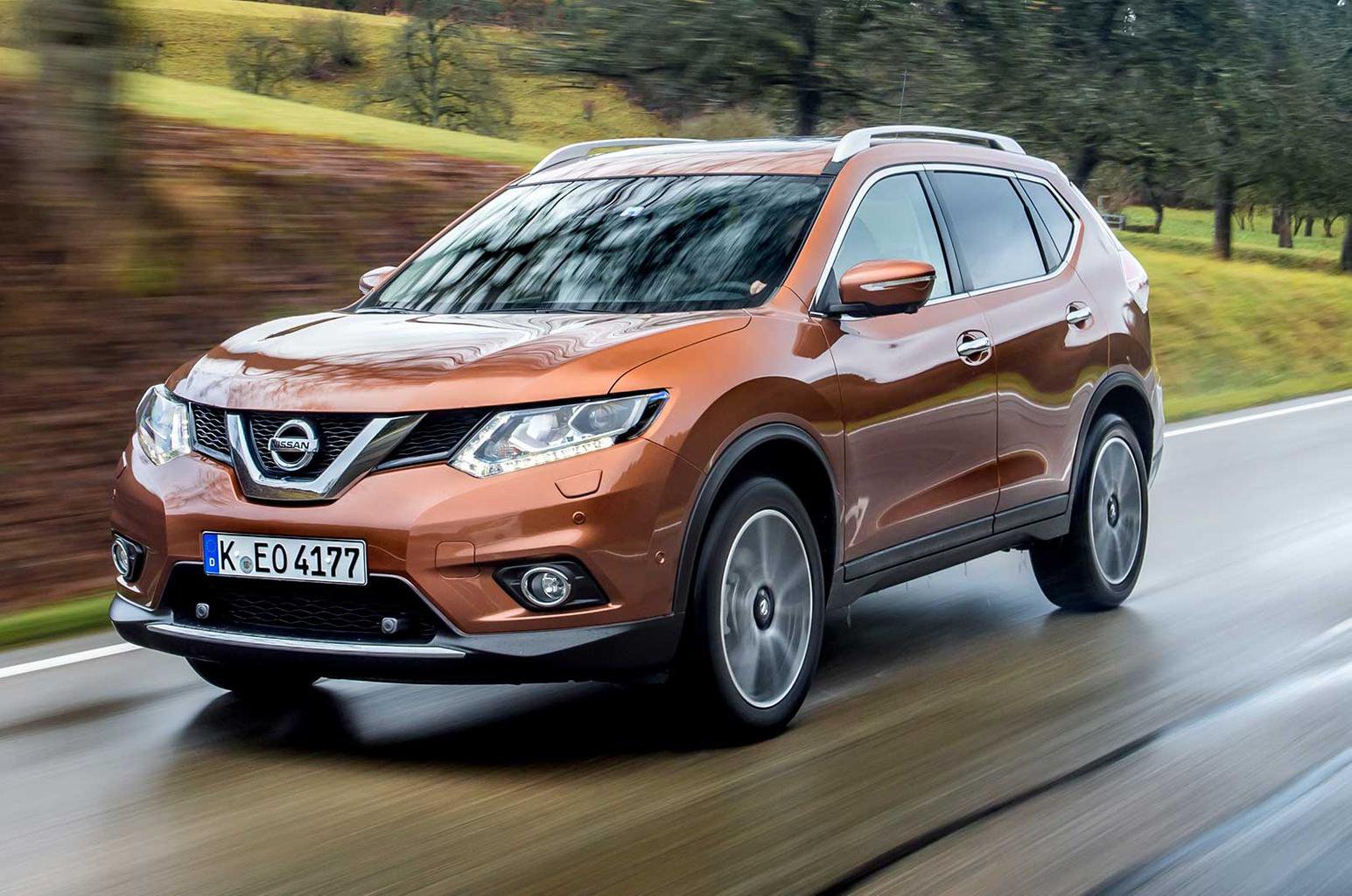 If you’re after a large SUV that can swallow the family and luggage, then travel across continents in comfort, then the Nissan X-Trail already makes a good case for itself. Even among competition from rivals the Hyundai Santa Fe and the Mazda CX-5, the X-Trail’s sure-footed handling, Qashqai-inspired interior and vast array of standard equipment helps it stand out.

Until now, though, those looking for a high-powered diesel engine in the X-Trail have been left wanting, because the only unit on offer has been a 1.6-litre with 128bhp. That engine has been quite well received, because while it’s not as powerful as the engines you’ll find in other large SUVs, it is ruthlessly efficient – resulting in lower tax bills and fewer trips to the fuel station.

Nissan says there’s been increasing demand from customers asking for a more powerful diesel, though, so it’s responded by adding this new 175bhp 2.0-litre option to the range. It’s available in both front and four-wheel drive forms, and with a six-speed manual or CVT automatic gearbox, and will officially arrive in the UK in February.

On paper at least, the added power of this 2.0-litre diesel should prove popular with UK buyers – especially those who want to tow caravans or trailers on holiday. Nissan expects it to account for a quarter of all X-Trail sales in this country, too. 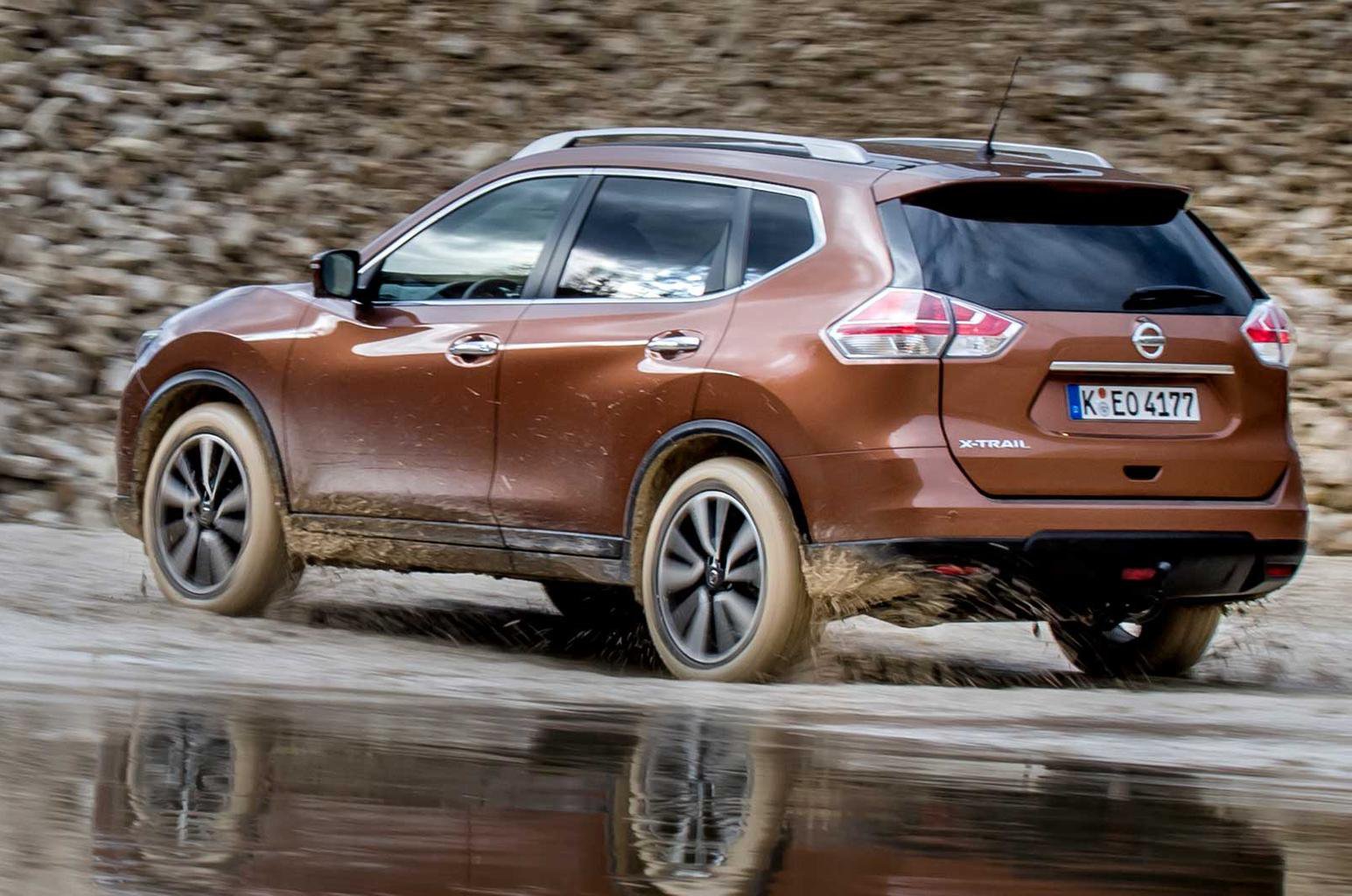 It's certainly got more low-end pulling power than the 1.6-litre diesel, and when matched to the standard six-speed manual gearbox it’s a good fit. That said, the engine does run out of puff fairly quickly, and you’re unlikely to feel its maximum benefit during everyday driving.

One of the X-Trail’s biggest problems is its engine refinement, which has always been behind the best in this class. That remains true with this engine, because it’s a vocal unit which sends plenty of noise and vibration into the interior. The similarly-sized diesel engines in both the CX-5 and Santa Fe are quieter.

You can opt for this engine with a CVT automatic gearbox – and, for the first time, you can also specify that gearbox with four-wheel drive – but it’s ultimately hard to recommend, due to its ‘elastic band’ power delivery. It’s prone to holding the engine at higher revs while you accelerate – and that leads to more noise.

There’s also fuel economy and CO2 to consider – remember this is one of the reasons why we like the current 1.6-litre engine. The figures fall from an official 53.3mpg with the four-wheel drive 1.6 to 50.5mpg with the 2.0, but our short test drive suggests you’ll be lucky to see much above 40mpg under real-world conditions.

When it comes to CO2, that figure rises to 149g/km – meaning you’ll pay £35 more per year under the current system than you would with the smaller diesel.

Because it’s only the engine that’s new, it’s unsurprising to find that elsewhere the X-Trail feels as it always has done. It feels well planted through corners, though with the body roll expected of a large SUV, and its steering is light – meaning the X-Trail is easy to control around town. It also rides comfortably, and it’s only when you encounter a speed bump or pot hole that a shudder is sent through the car.

Most customers are unlikely to specify their X-Trail with four-wheel drive, but if you do then rest assured that the system works well. It sends most power to the front wheels during normal conditions, before transferring it to the rear wheels too if it detects any slipping. 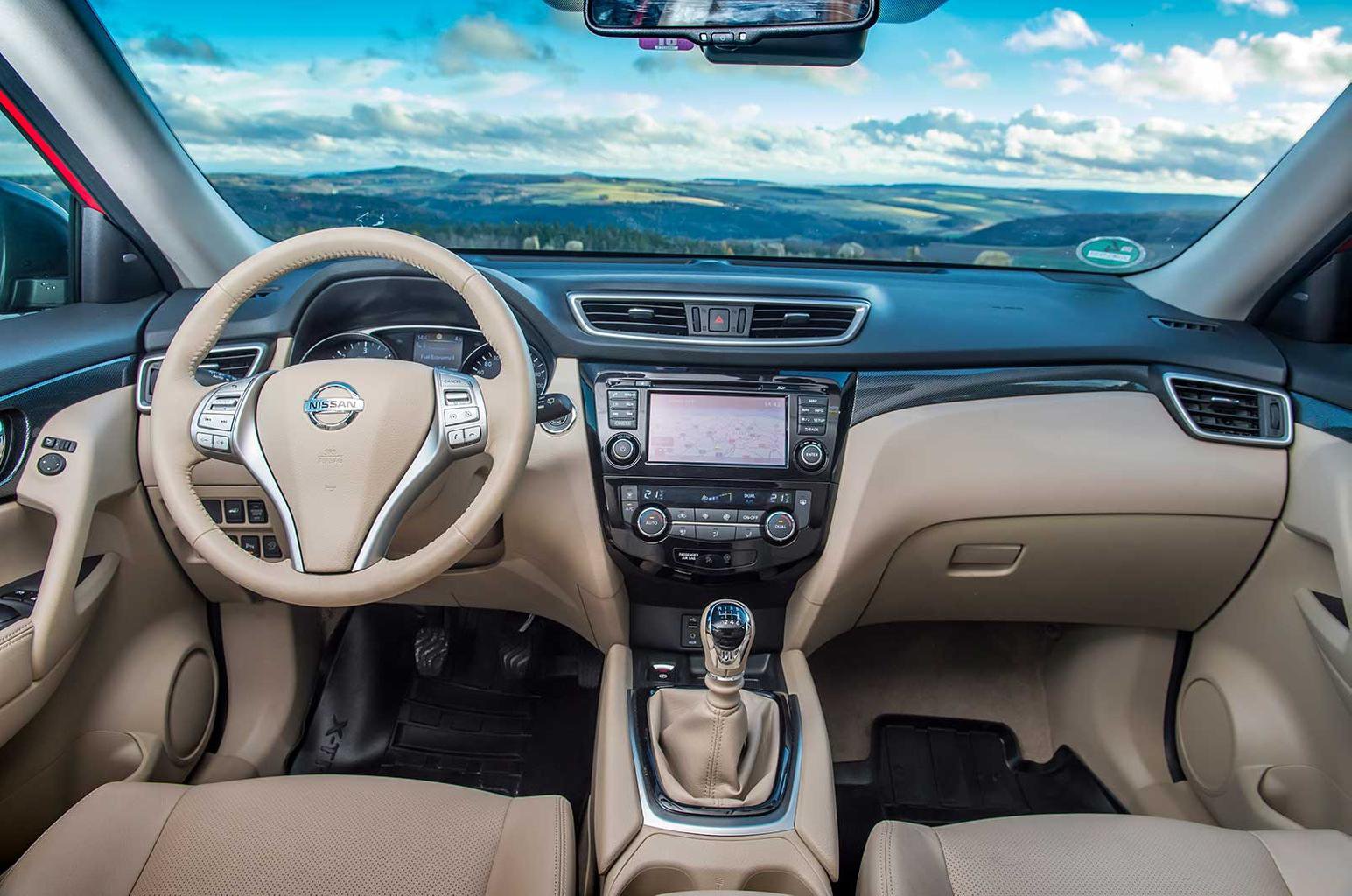 Again, there’s little to say here which hasn’t been said before. The X-Trail gets an indentical kit list to the smaller, big-selling Qashqai small SUV, as well as a fundamentally similar layout. All of the major controls fall within easy reach, and there’s a decent amount of space for both front and rear passengers.

Where the X-Trail does differ from the Qashqai is in its rear, where there’s the option of a third row of seats. These are called ‘occasional’ seats for a reason, as even children will be uncomfortable on anything other than a short journey. The good news, though, is that with the rearmost seats folded away – or gone entirely if you opt for a five-seat model – then the X-Trail does have a large and usable boot.

Our test car was range-topping Tekna specification, some way above the Acenta trim level which we recommend – and it’s worth noting that you can’t get this 2.0-litre engine on anything lower than Acenta. The luxurious kit list of our car included an automatic parking system, heated leather seats and panoramic glass sunroof, but UK buyers will find the most value in an Acenta car, which still gets you most of the kit you’re going to want, albeit without sat-nav. 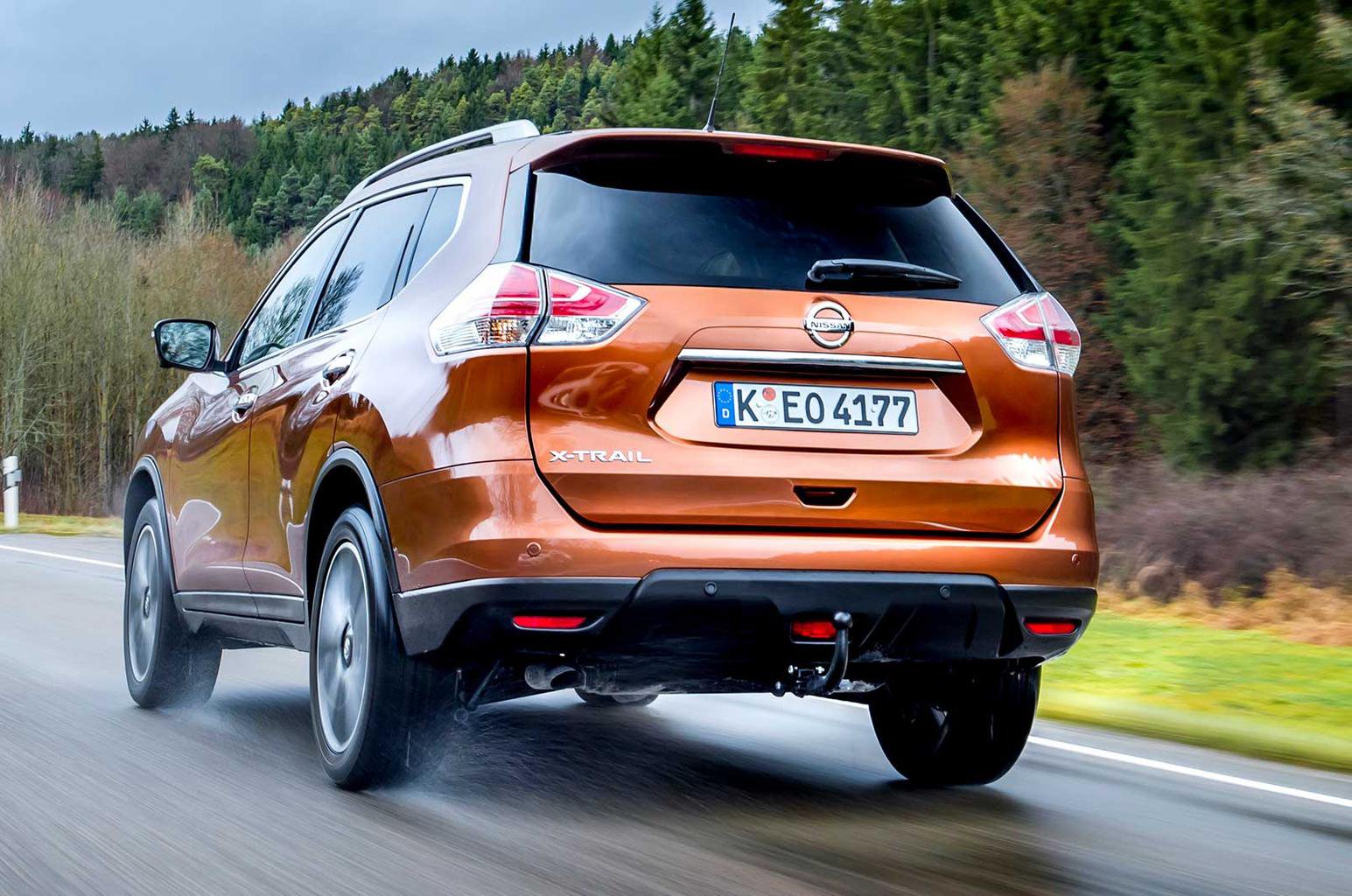 This will likely depend on what you want to use your X-Trail for. If you’re planning on regularly using all seven seats – or at least keeping the boot full – or if you’ve got a caravan or similar to tow, then the extra pulling power of this diesel will be a welcome addition to the X-Trail range. That said, do remember that the Santa Fe can still tow around 500kg more.

Similarly, if you’re used to the more powerful engines available in the X-Trail’s main rivals, then moving into the X-Trail no longer feels like a backwards step.

For our money, though, we’d stick with the current 1.6-litre diesel engine. In reality the 2.0’s extra power won’t change your world during everyday driving, and its a higher purchase price and running costs make it hard to recommend for most drivers.

See more of the Nissan X-Trail in our video, below.