All-new, third-generation Nissan Qashqai family SUV promises improved technology, practicality and quality. It goes on sale this summer, but we've already been in it...

Visit a modern coffee shop and you can choose from a scarcely believable array of drinks. Yet whether you settle on a latte, a macchiato or a ristretto, it’s still coffee. And the same sort of variations on a theme are the norm in the car world.

You see, while dozens of new models are launched every year, the vast majority are just different takes on something that’s already available. However, occasionally a car comes along that changes buying trends and leaves rival brands scrambling to catch up, and the original Nissan Qashqai was one of them.

True, it wasn’t the first family SUV, but it was the first to popularise the idea that an SUV doesn’t need to be a heavy, four-wheel-drive off-roader that’s far more expensive to run than a conventional family hatchback, such as the Volkswagen Golf. 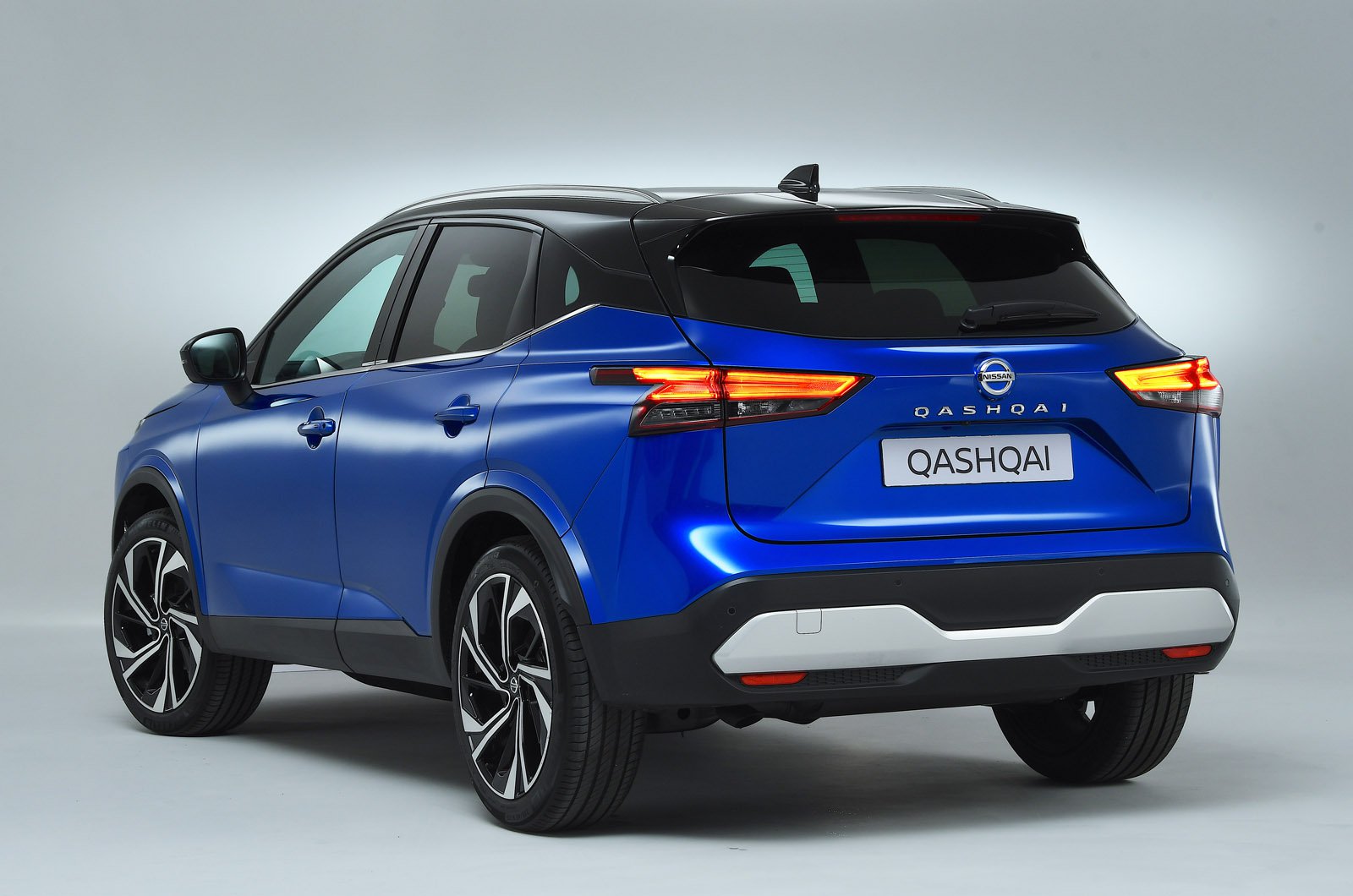 In fact, the Qashqai captured the public’s imagination to such an extent that more than 600,000 examples have been sold in the UK alone. And although it has spawned countless imitators over the years and the current version is nearing the end of its life, it was once again the most popular car of its kind in 2020.

It’s safe to say, then, that the team behind this all-new Qashqai were under serious pressure to not lose any of the characteristics that existing customers love, and one of those is apparently the size. So, while the new car is bigger all round to help improve safety and practicality, the differences are small enough that you’d barely notice them, even if it’s parked alongside its predecessor.

Far more obvious are the exterior styling changes, with the new Qashqai featuring crisper body lines, super-slim LED headlights and the option of a contrasting black roof that makes the car look lower than it actually is. Meanwhile, wheels of up to 20in are available to improve the stance; the previous maximum was 19in.

Likewise, the touchscreen inside the car has grown (from 7.0in to 9.0in), with this new infotainment system allowing you to access Android Auto and Apple CarPlay smartphone mirroring – the latter wirelessly. There are also new connected services, which are compatible with Google Assistant and Amazon Alexa devices, and owners can use their phone to send sat-nav directions and other commands to the car via an app. 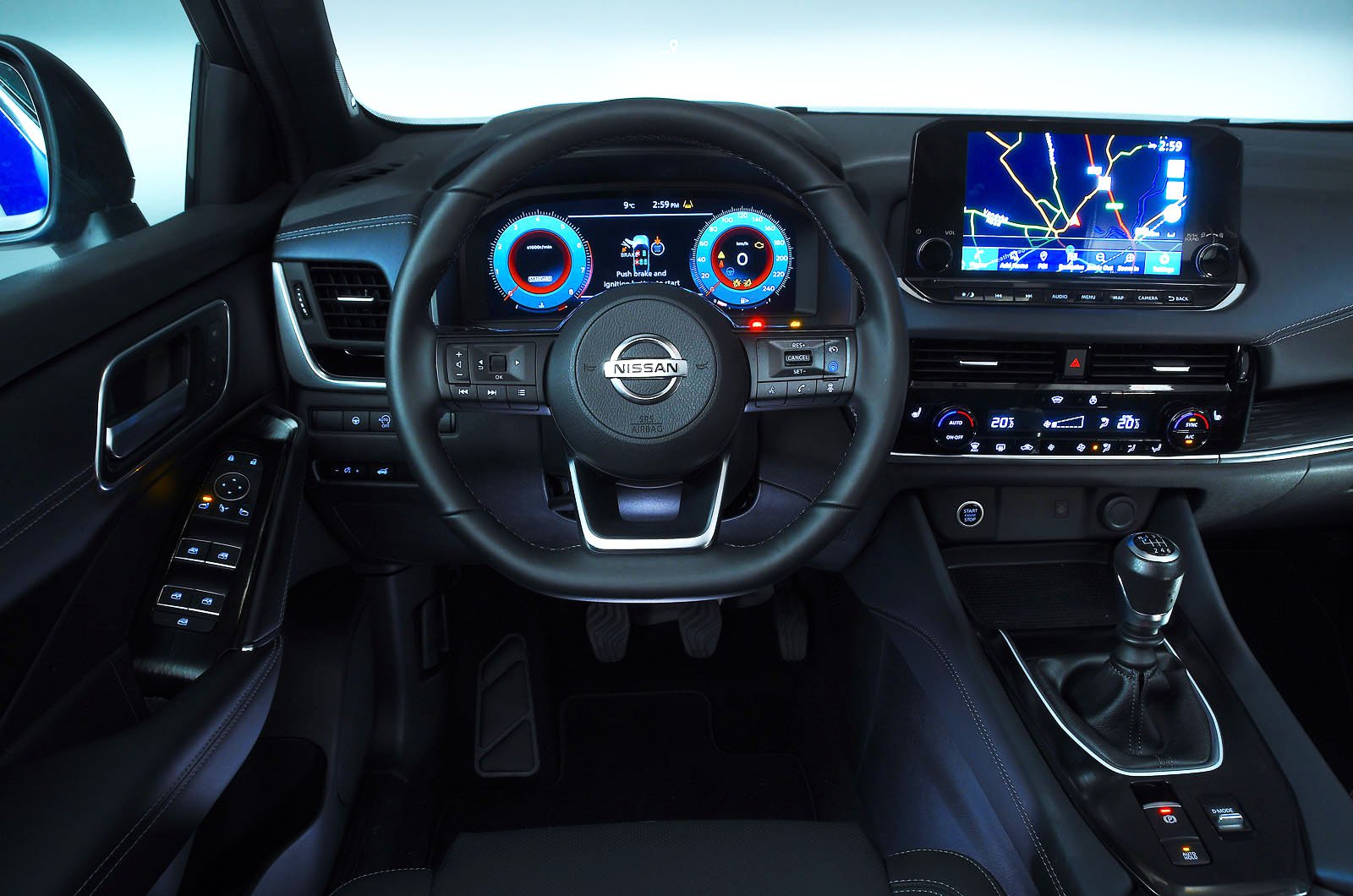 A storage cubby in the front of the new Qashqai provides wireless charging for phones and is large enough for the biggest devices, including the Apple iPhone 12 Pro Max. Meanwhile, there are USB and USB-C charging ports for wired devices in both the front and rear, and you can have wi-fi for up to seven devices.

It’s not all good news, because the graphics on the new touchscreen are far from the most sophisticated out there. But what you forego in visual appeal is made up for in ease of use, with the icons being large and a doddle to hit.

As a bonus, Nissan has retained separate air conditioning controls instead of following the example of the Peugeot 3008 and Volvo XC40 and burying them in the touchscreen. And, joy of joys, you get proper shortcut buttons rather than touch-sensitive areas of the dash for swapping between the screen’s various menus, so you can do so without taking your eyes off the road.

Directly ahead of the driver, a 12.3in digital display replaces traditional instruments, and it can be configured to show pretty much any info you could want. Plus, this is complemented by a 10.8in head-up display on high-spec versions of the car that projects your speed, the prevailing speed limit and turn-by-turn sat-nav instructions onto the windscreen. 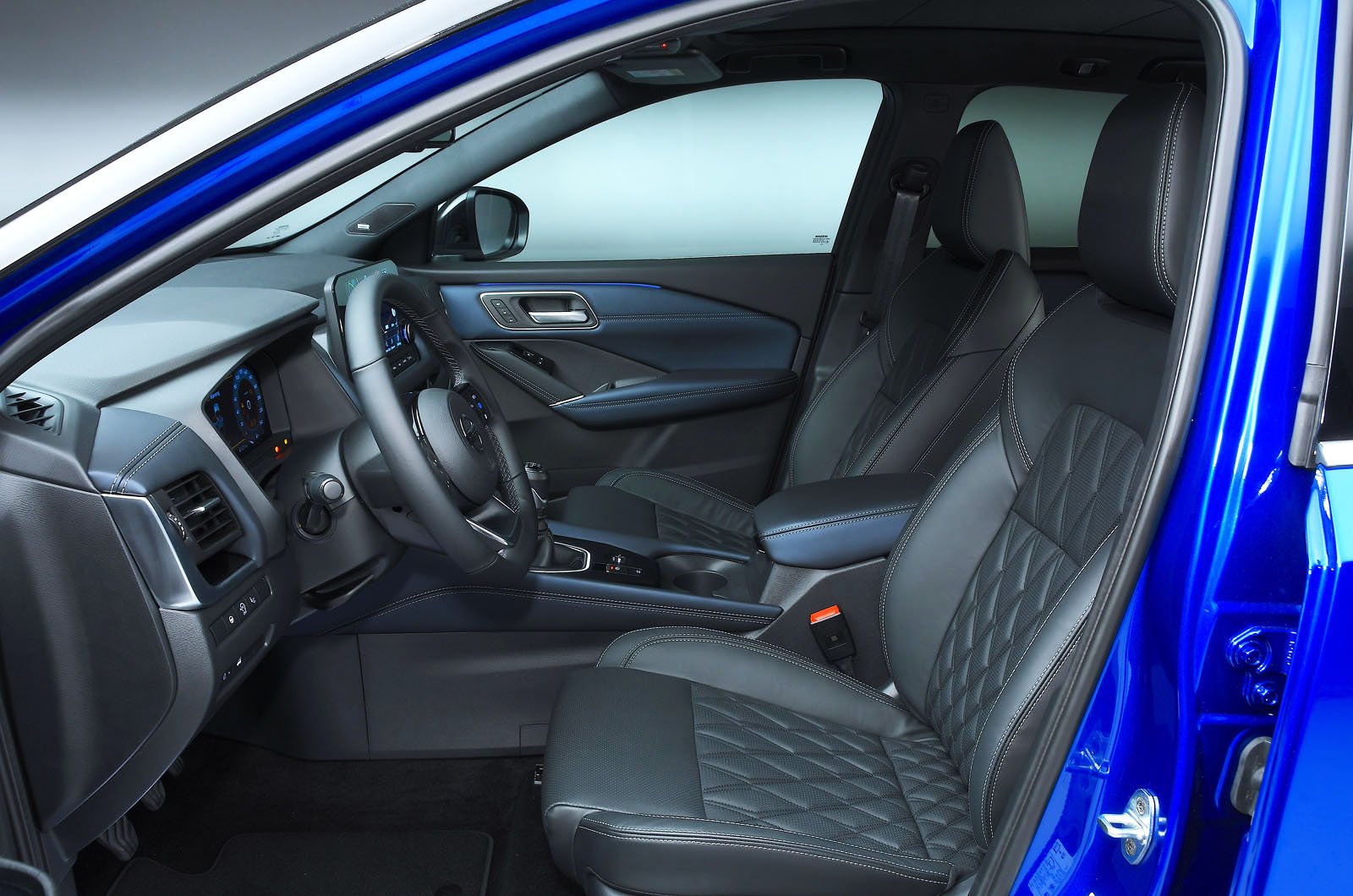 Nissan wants the new Qashqai to appeal not only to its traditional audience but also to people who would usually choose a premium-badged family SUV, such as the XC40 or the Range Rover Evoque, so the range-topping trim includes Nappa leather seats featuring a three-dimensional diamond quilted design.

These seats are fully electric and allow you to save your preferred settings, with a three-mode massage function available as an option to help keep the driver and front passenger ache-free on longer drives.

The dashboard of the range-topping car that we sat in was also trimmed in leather, which lifts the ambience, and everything felt pleasingly solid. No, the Qashqai still isn’t as plush as the Evoque and XC40, but then it should be considerably cheaper, spec for spec, than both of those cars.

While forward visibility is good, helped by the fact that you sit higher than before, there are sizeable over-the-shoulder blindspots due to the new Qashqai’s rising window line and thick rear pillars. The problem is no worse than it is in the Seat Ateca and XC40, but you get a much better view in the Skoda Karoq. 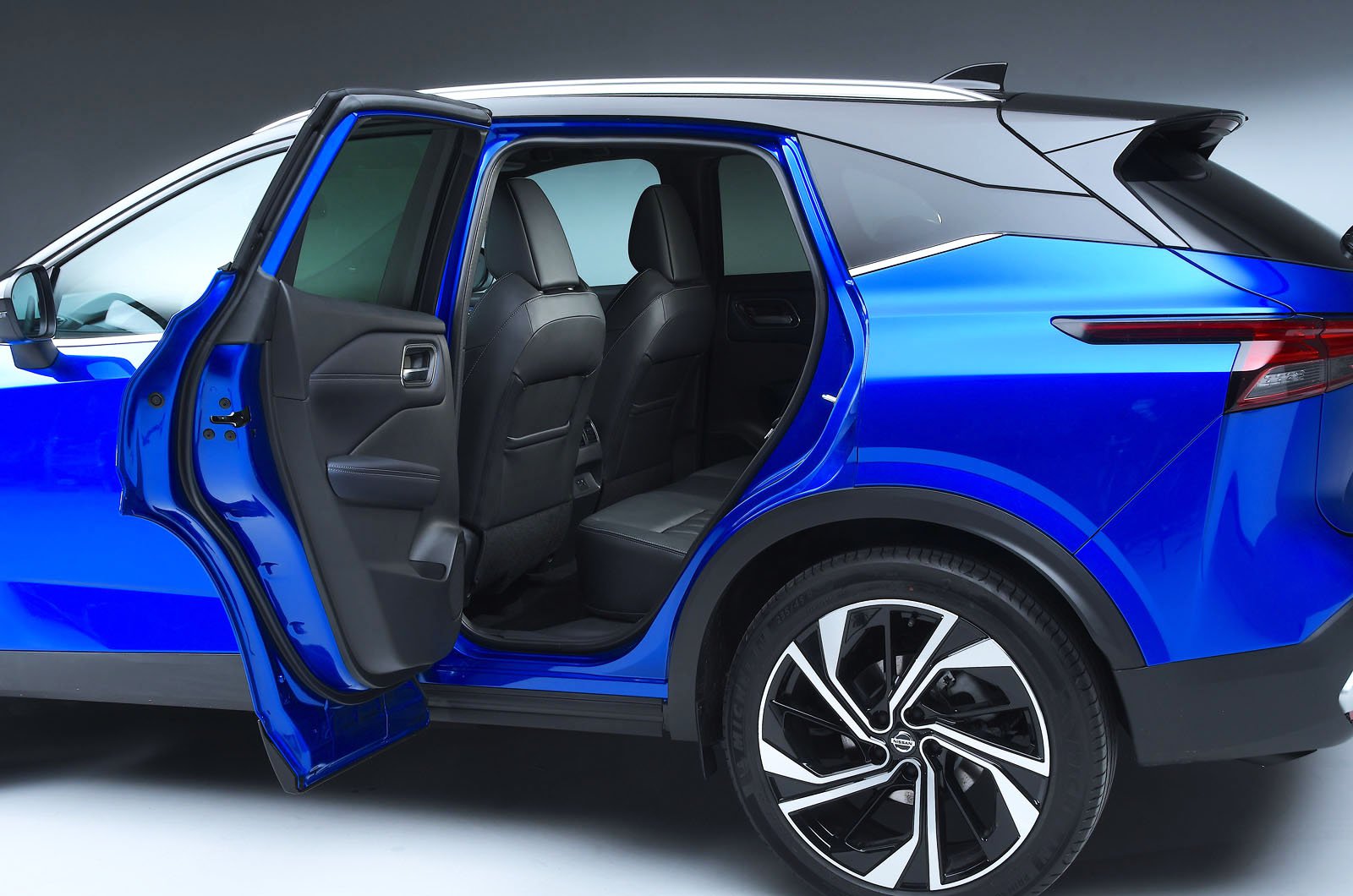 Move to the back seats and there’s plenty of space for a couple of six-footers. What’s more, an increase in shoulder room over the old Qashqai makes life slightly more comfortable for three people sitting side by side, and the rear doors open to 90 degrees, making it easier to get child seats in and out.

Along with the size of the car, owners of the outgoing Qashqai apparently cite the design of its false boot floor as one of the things they like most, so this has been retained. It’s divided into two separate planks that go across the load area widthways; it’s possible to position one of these vertically to divide the space in two and stop smaller items from sliding around.

As a bonus, one side of each plank is carpeted, while the other has a wipe-clean surface. And when the planks are in their highest position, there’s no lip to heave luggage over at the entrance to the boot, and no step up to the 60/40 split rear seats when they’re folded down.

As for the boot itself, that’s grown by 74 litres to 504 litres. This means it’s bigger than the XC40’s (452 litres) and Evoque’s (475 litres), and only fractionally down on the Ateca’s (510 litres). However, the Karoq still leads the way among family SUVs, with 521 litres of space, and it offers greater flexibility, because its rear seats can be slid forward or removed entirely. 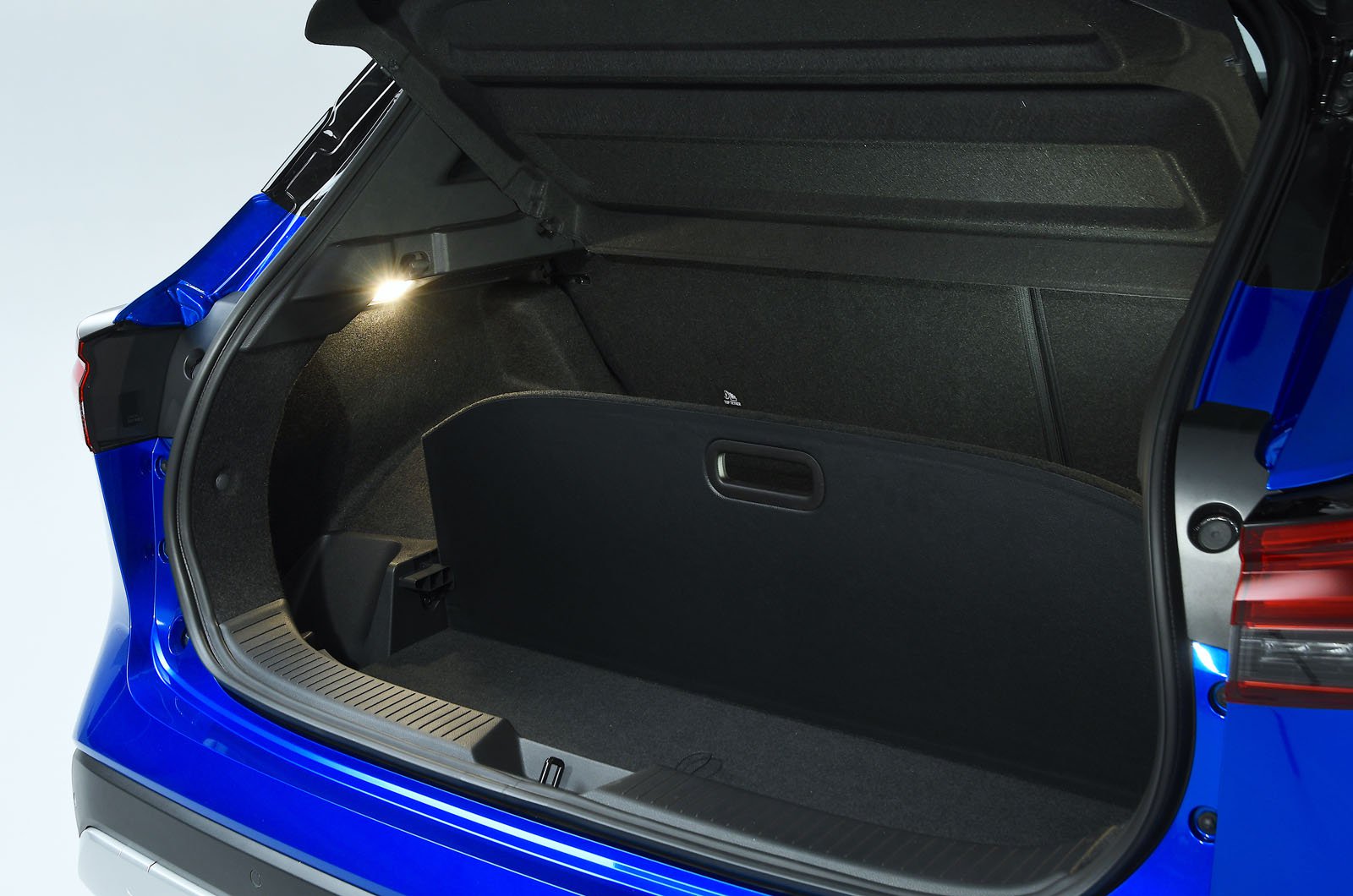 Diesels have been dropped from the lineup, leaving an updated version of today’s turbocharged 1.3-litre petrol as the only engine at launch, albeit with a choice of two outputs: 138bhp and 155bhp.

Whichever you go for, you get mild hybrid technology that improves CO2 emissions and fuel economy by channelling energy that would normally be lost under braking into a small battery and then using this to bolster the engine for up to 20 seconds when you’re accelerating.

What’s more, the mild hybrid system allows the engine to switch off entirely when the car is slowing to a stop and means it can remain off for longer when you’re stationary in traffic.

This technology is fitted regardless of whether you choose the six-speed manual gearbox or a new CVT automatic, whereas some rivals fit mild hybrid systems only to their automatic models. But while both gearboxes are available with two-wheel-drive versions of the Qashqai, the CVT is the only option if you want four-wheel drive. 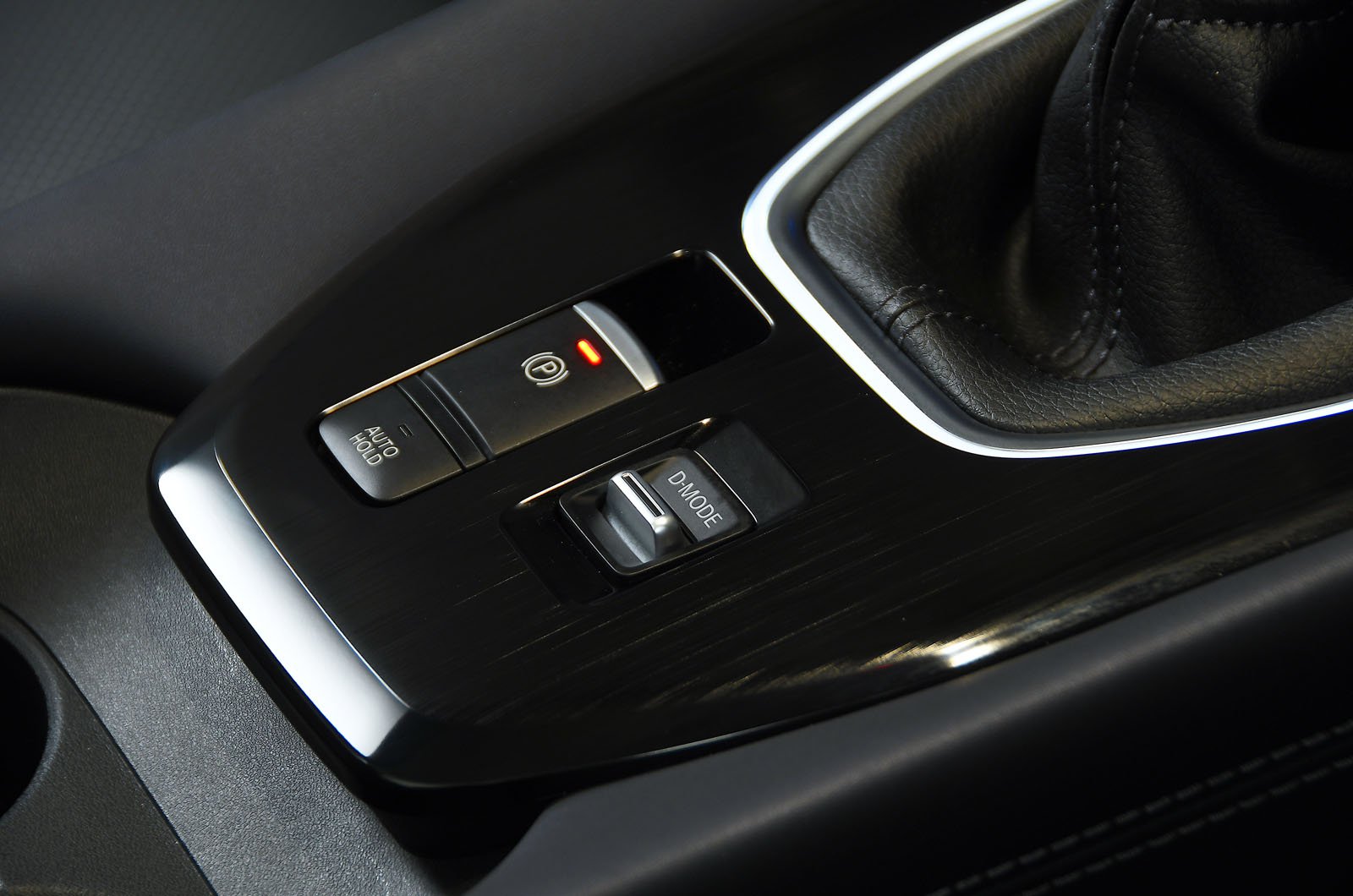 Specify this and all of the power is still sent to the front wheels much of the time to aid efficiency, with the rears joining the party only when the system senses a wheel slipping. That said, the four-wheel drive is said to kick in quicker than before, and there are now five selectable modes – Standard, Eco, Sport, Snow and Off-Road – which alter the amount of power that goes to the front and rear wheels.

Interestingly, Nissan fits slightly more sophisticated rear suspension to four-wheel-drive Qashqais and front-wheel-drive cars specified with 20in wheels, although it remains to be seen whether this will make a significant difference to ride and handling.

In 2022, the line-up will expand to include a so-called e-Power model, which combines a 188bhp 1.5-litre petrol engine with an electric motor. However, this is a range extender rather than a hybrid, meaning that the engine never powers the wheels directly, but instead acts as a generator to recharge the batteries while you’re on the move.

Unusually for a range extender, the e-Power’s pure electric range is tiny – just 1.8 miles – meaning the engine has to run most of the time, instead of just being there as a back-up. But Nissan claims that it’s able to run at lower revs than the engine in a conventional hybrid when starting up and accelerating, making it quieter and more efficient; official fuel economy figures are still to be announced. 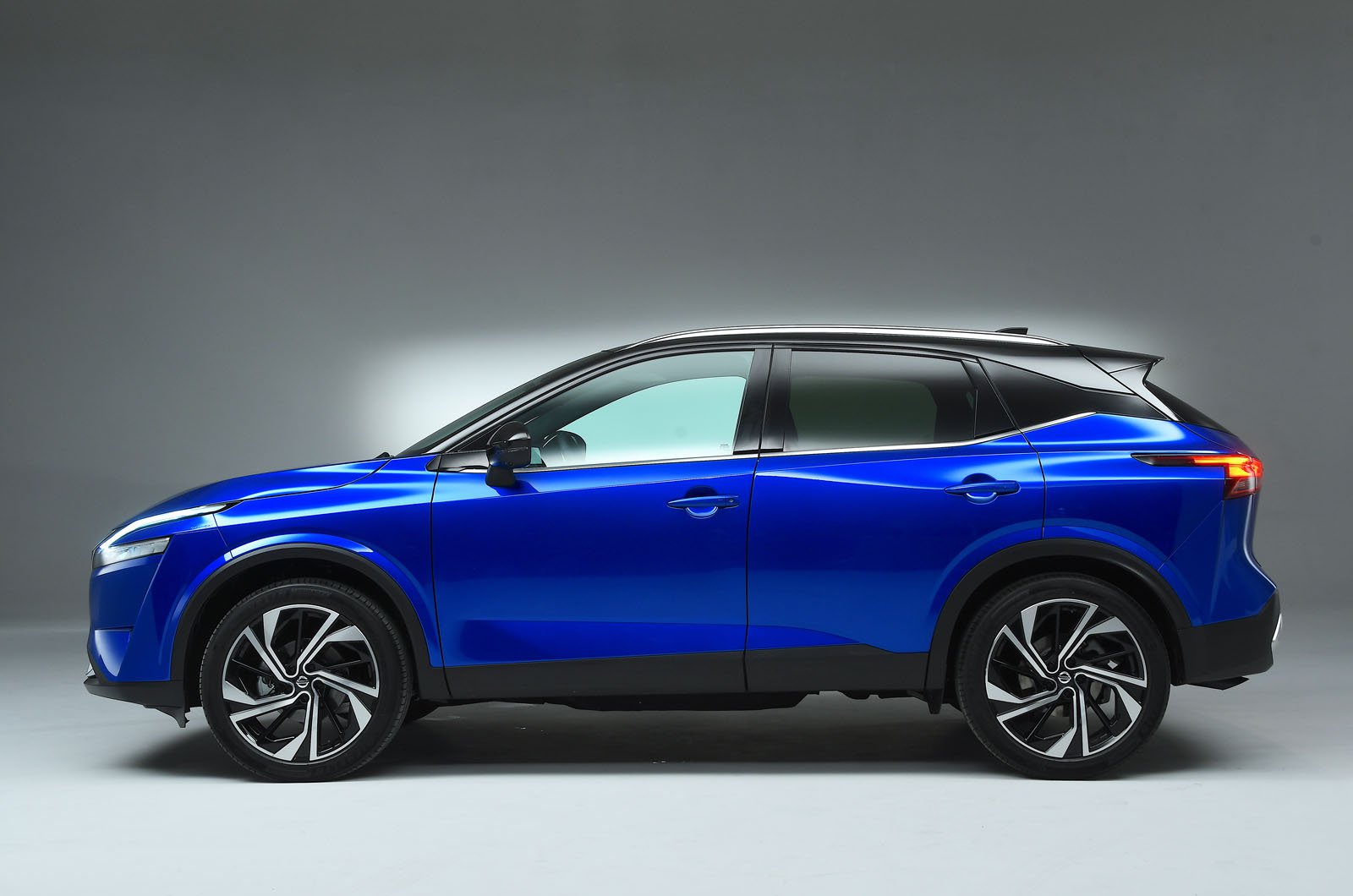 The e-Power is also said to provide the instant acceleration that you get with pure electric cars. And, as in Nissan’s latest Leaf hatchback, it allows ‘one-pedal driving’. When this mode is selected, the car’s regenerative brakes put a lot of energy back into the battery whenever you lift off the accelerator, with the side effect that the car slows so dramatically that you rarely need to touch the brake pedal at all.

The main advantage of this is that it makes driving easier. Meanwhile, the presence of Nissan’s ProPilot driver assistance package also helps here, with this being able to accelerate and slow the car down in its lane in motorway traffic, keep you to the correct legal speed and even apply the brakes when you’re approaching a corner.

Driving the new Qashqai should be less tiring as a result, and that obviously means fewer stops for coffee.

Next: Will there be a fully electric Nissan Qashqai >>