Bearing in mind that the Octavia has a well-earned reputation for cavernous proportions, the Focus and Ceed make a solid attempt to match it up front. All three offer similar amounts of leg room, and although the Ceed has the least head room, that could be partly down to our test car being a First Edition model with a sunroof. Regardless, there’s plenty of space in all of them even for tall folk, as well as broad ones, thanks to the generous width of their interiors.

The Ceed’s space race falls away sharply when it comes to its rear seats, though. If you’re more than six feet tall and sitting behind someone equally lanky, you’ll fit, but you’ll find you don’t have much head or leg room to spare.

Meanwhile, the Focus – despite its predecessor’s weakness in this area – just keeps on giving. In fact, it has slightly more rear leg room than the Octavia, although both leave lofty passengers with several centimetres of spare knee room. And while the Focus has slightly less head room, it’s better for three in the back, thanks to its much lower central tunnel, affording a middle passenger extra foot space. 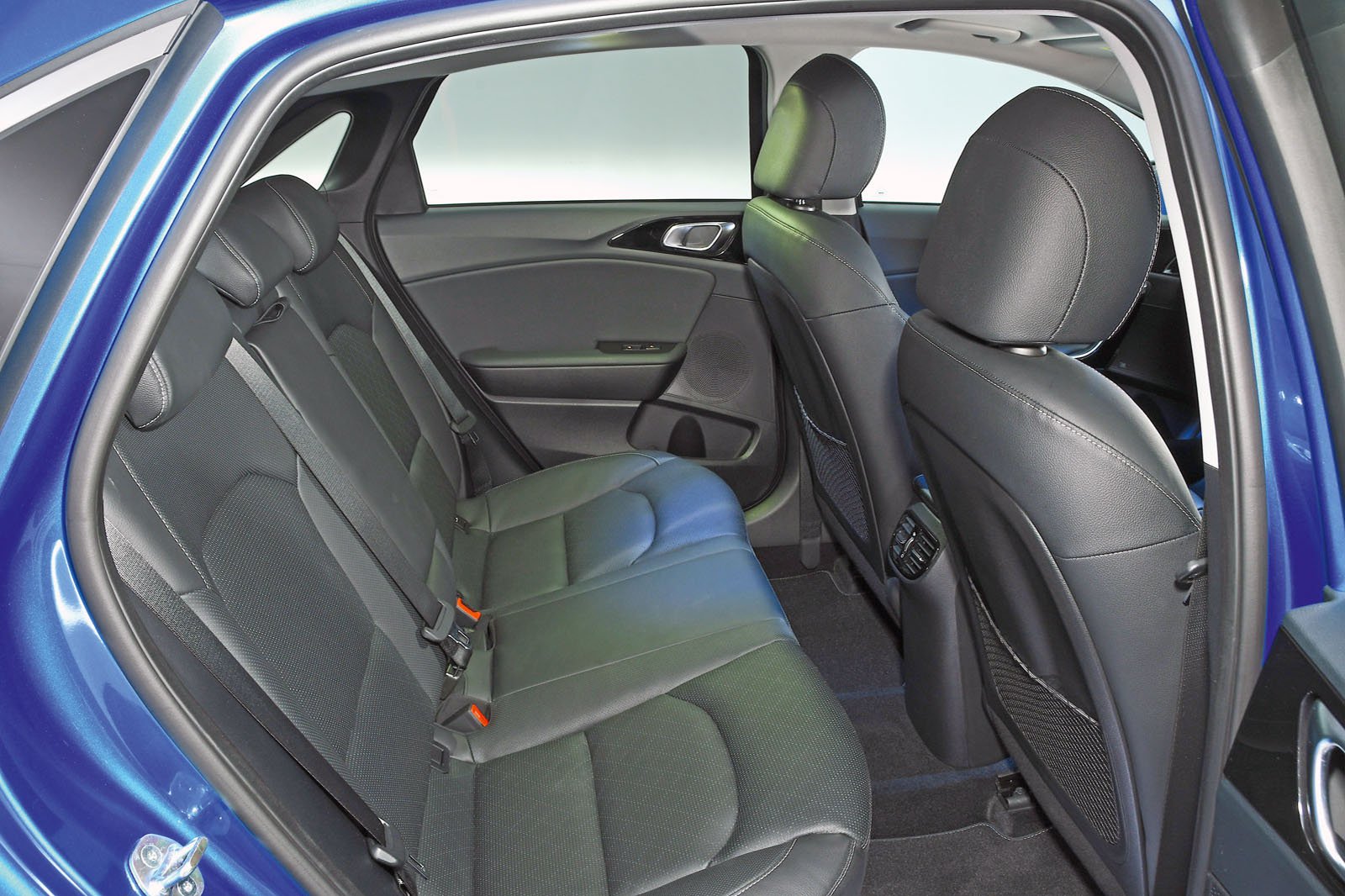 All have lots of useful cubbies for storing gubbins, so you can jump in and relieve yourself of a wallet, purse or mobile phone without worrying about said items flying around under braking. The Octavia’s door bins are the biggest and, like the Focus’s, come with carpet linings. As a result, oddments won’t jangle around irritatingly in either, whereas they might well do in the Ceed’s unlined plastic troughs.

The Octavia still demolishes all comers when it comes to boot space, though, swallowing 11 carry-on suitcases. Yep, one one. To put that into context, the other two managed just five cases each, albeit with a bit more room left over in the Ceed.

To be fair, our test Focus was hamstrung by its upgraded B&O stereo (£350); there’s a subwoofer that reduces the boot’s height. Resist the temptation to add this option and you can add a height-adjustable boot floor for £75. The Ceed has an adjustable boot floor as standard; you can’t have this handy feature in the Octavia. 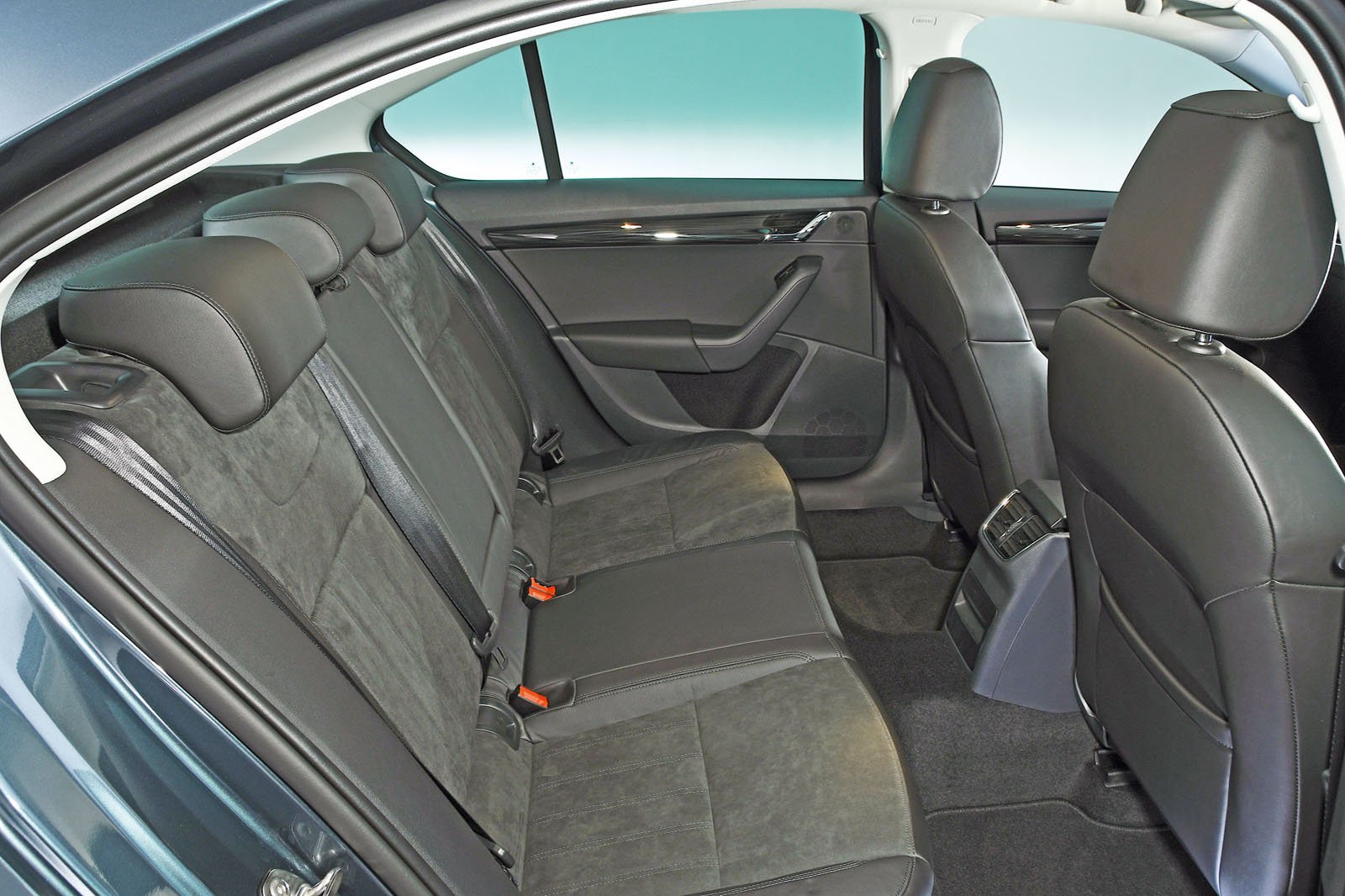 For that reason, there’s big a step in the Octavia’s boot floor when you drop its 60/40 split-folding rear seats and a hefty lip at the entrance. That’s not the case in the other two, which both provide a flush extended deck all the way to their front seatbacks. 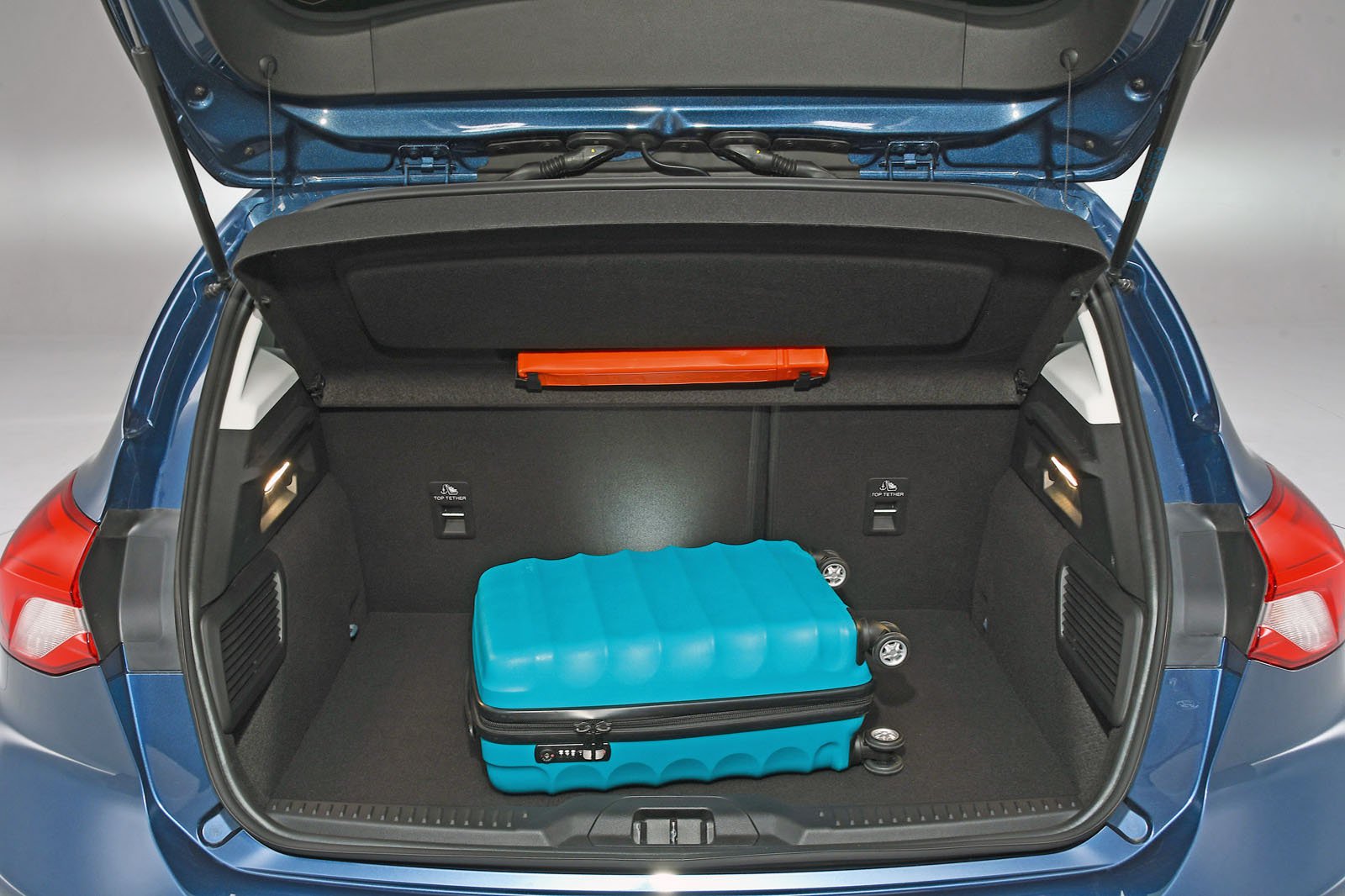 There’s more than enough head and leg room up front. Tall passengers will be fine in the back, too; there’s slightly less head room than in the Octavia but even more leg room. Low central tunnel makes the Focus best for three abreast. This is the smallest boot here, but it would’ve been bigger without the optional B&O stereo ¬fitted. This puts a subwoofer under the floor that makes the boot shallower. 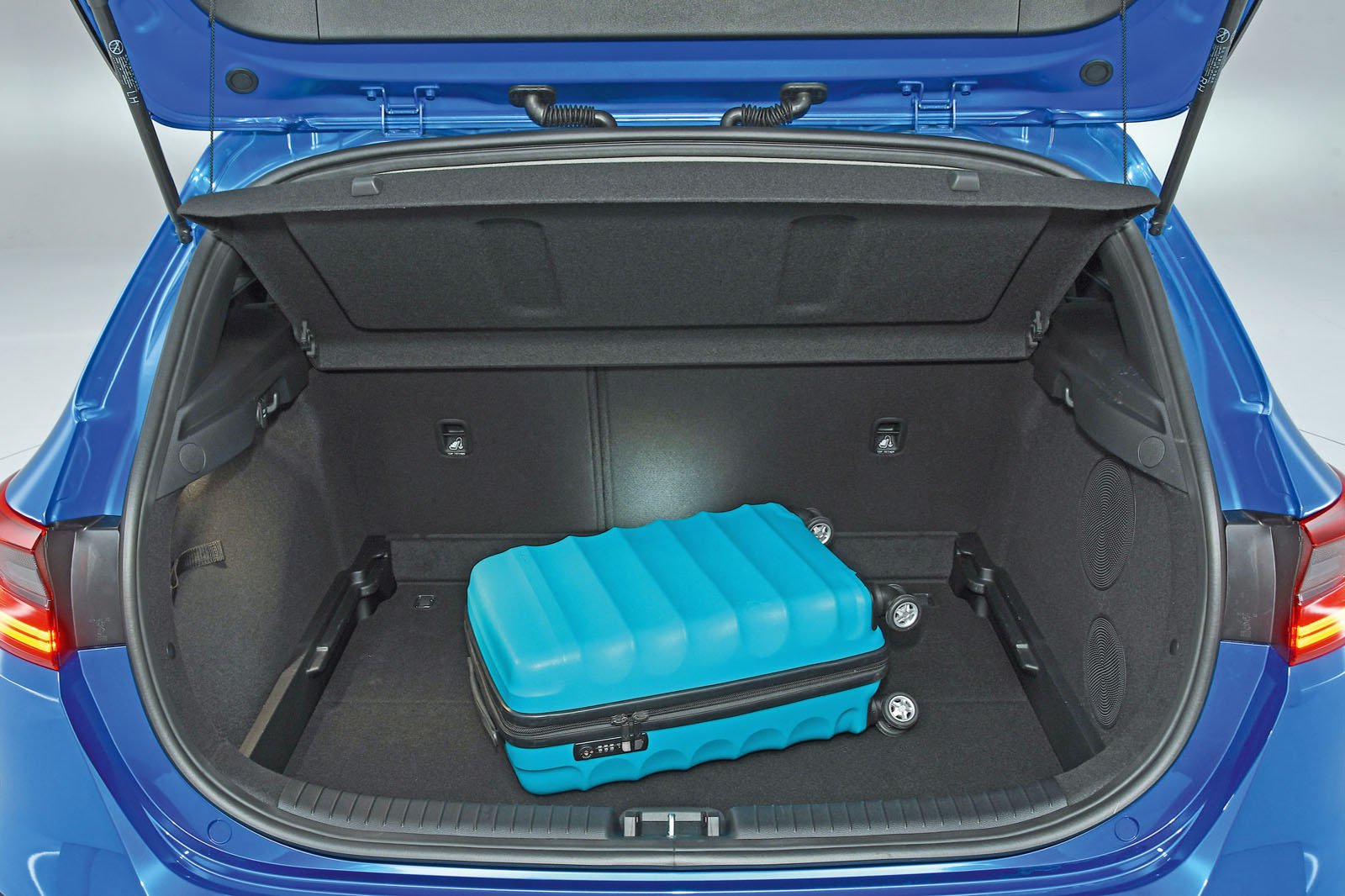 Sunroof (standard on First Edition model) limits head room in the front, but the Ceed still has just enough head room and loads of leg room. Rear seats are able to fit tall adults behind similar-sized front seat occupants, but only just. Holds the same number of cases as the Focus’s, but because the boot can be made deeper (with the standard height-adjustable boot floor lowered), it has more space to spare. 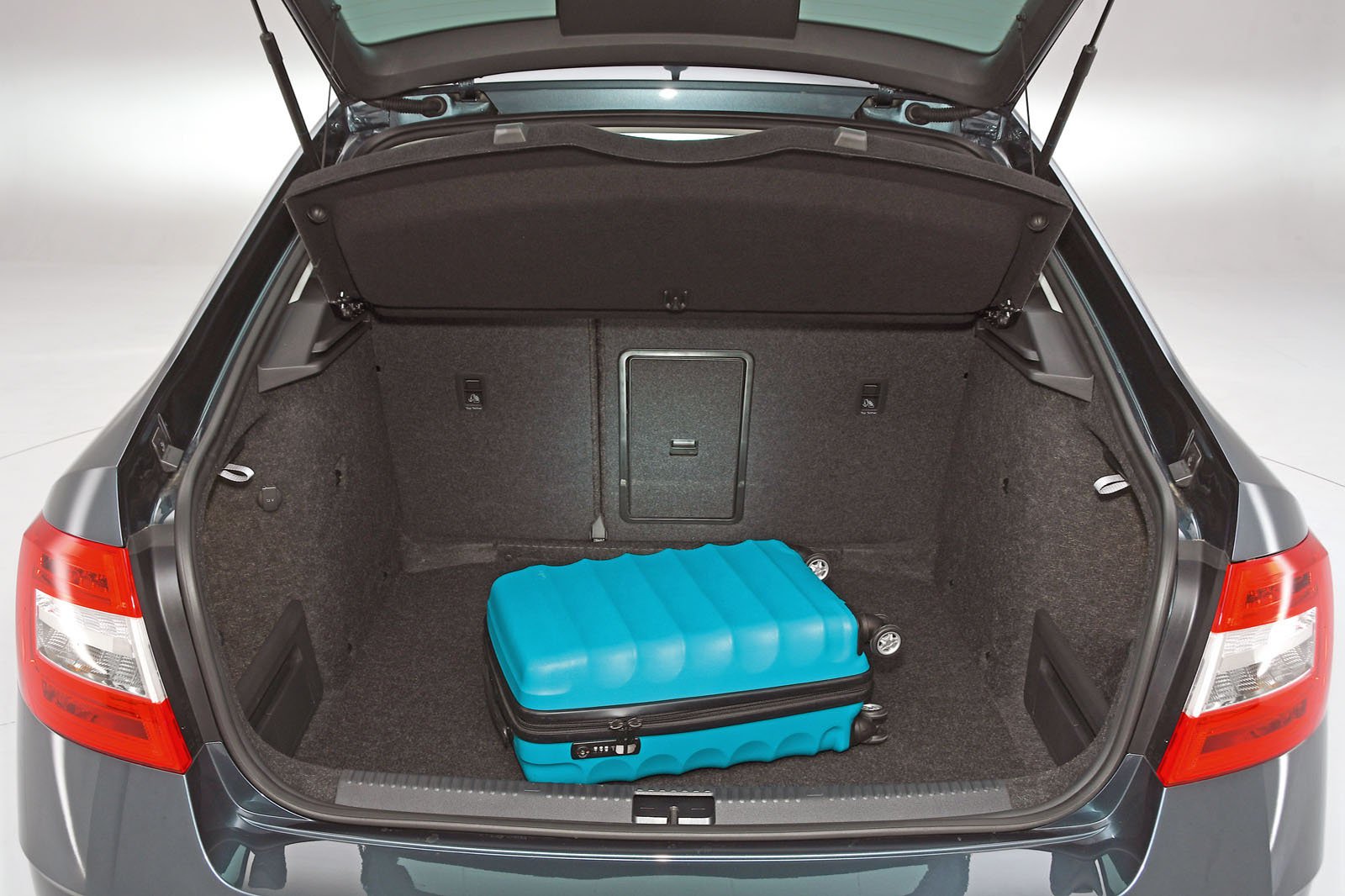 Octavia matches the Focus’s front leg room and has the most head room. It’s a similar story in the rear, so it’s great for two passengers, but a tall central tunnel limits foot space for a third, middle passenger. And no, that’s not a misprint; it really can swallow 11 cases. While you can’t get a height-adjustable floor, features such as Velcro fasteners to hold smaller items in place are useful.