More for you |
2021 Nissan Qashqai: electric and hybrid power revealedTop 10 used family SUVs for less than £20,000True MPG: most efficient SUVsScrappage scheme: all the latest manufacturer offersComing soon: new cars worth waiting for
Home
Feature
Nissan Qashqai: best cars in the history of What Car?
feature

Nissan Qashqai: best cars in the history of What Car?

We're looking back over the past 47 years to find the best car in the history of What Car?. Today, deputy editor Darren Moss makes the case for the second-generation Nissan Qashqai... 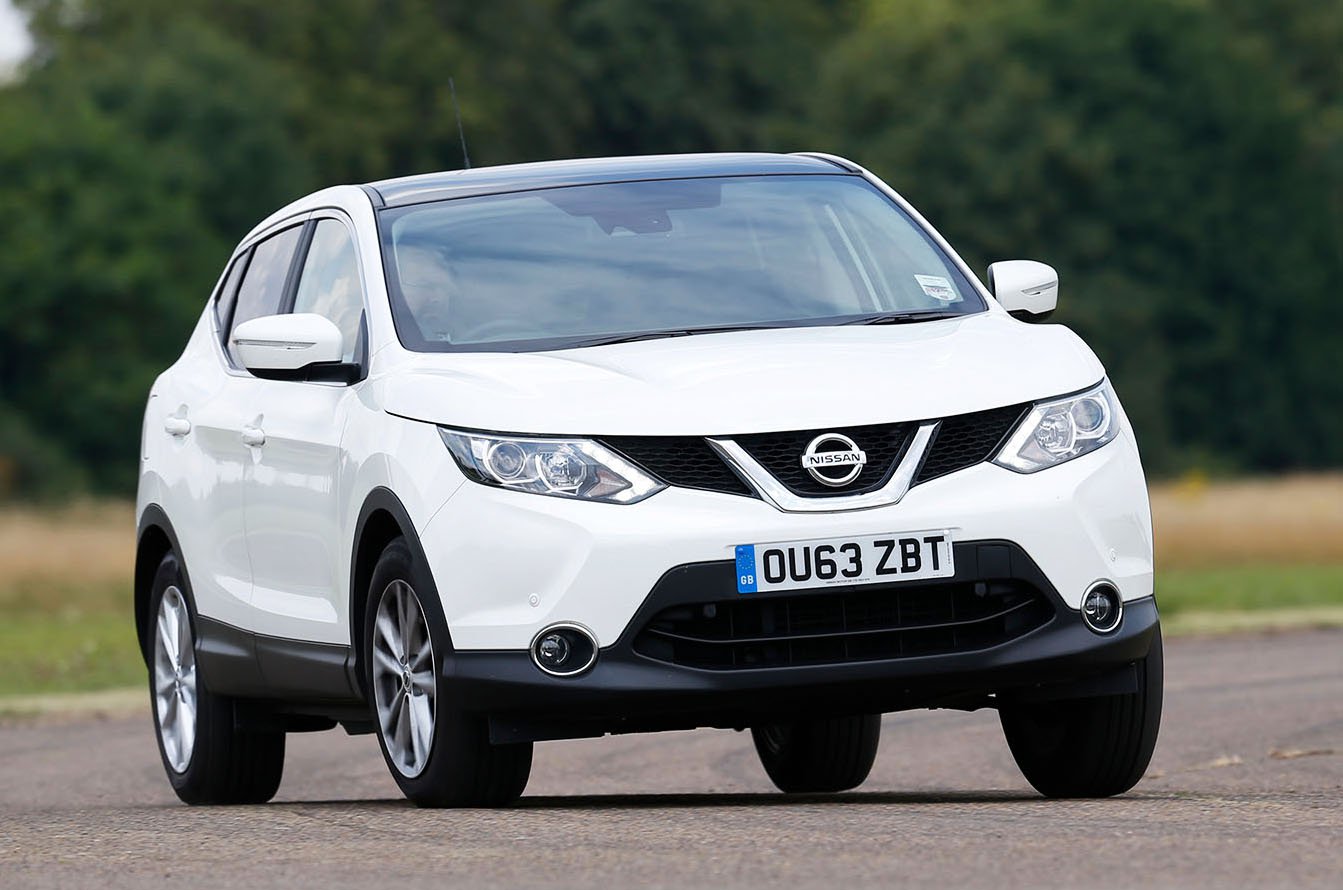 The Honister Pass is a glorious stretch of road running through a collection of tweedy villages in the Lake District. It’s the kind of place you’d expect to see on a National Heritage postcard – deep valleys flanked by imposing hills and mountains. You perhaps won't be surprised, then, that this breathtaking backdrop is part of one of my favourite motoring memories. But what might well come as a shock is that I was driving a family SUV at the time. Then again, the Nissan Qashqai is no ordinary family SUV.

The Qashqai is the book of genesis in the bible of SUVs – it’s the model which started the trend for jacked-up family cars, which, despite having the appearance of rough-and-tumble off-roaders, don’t have the high running costs traditionally associated with them. 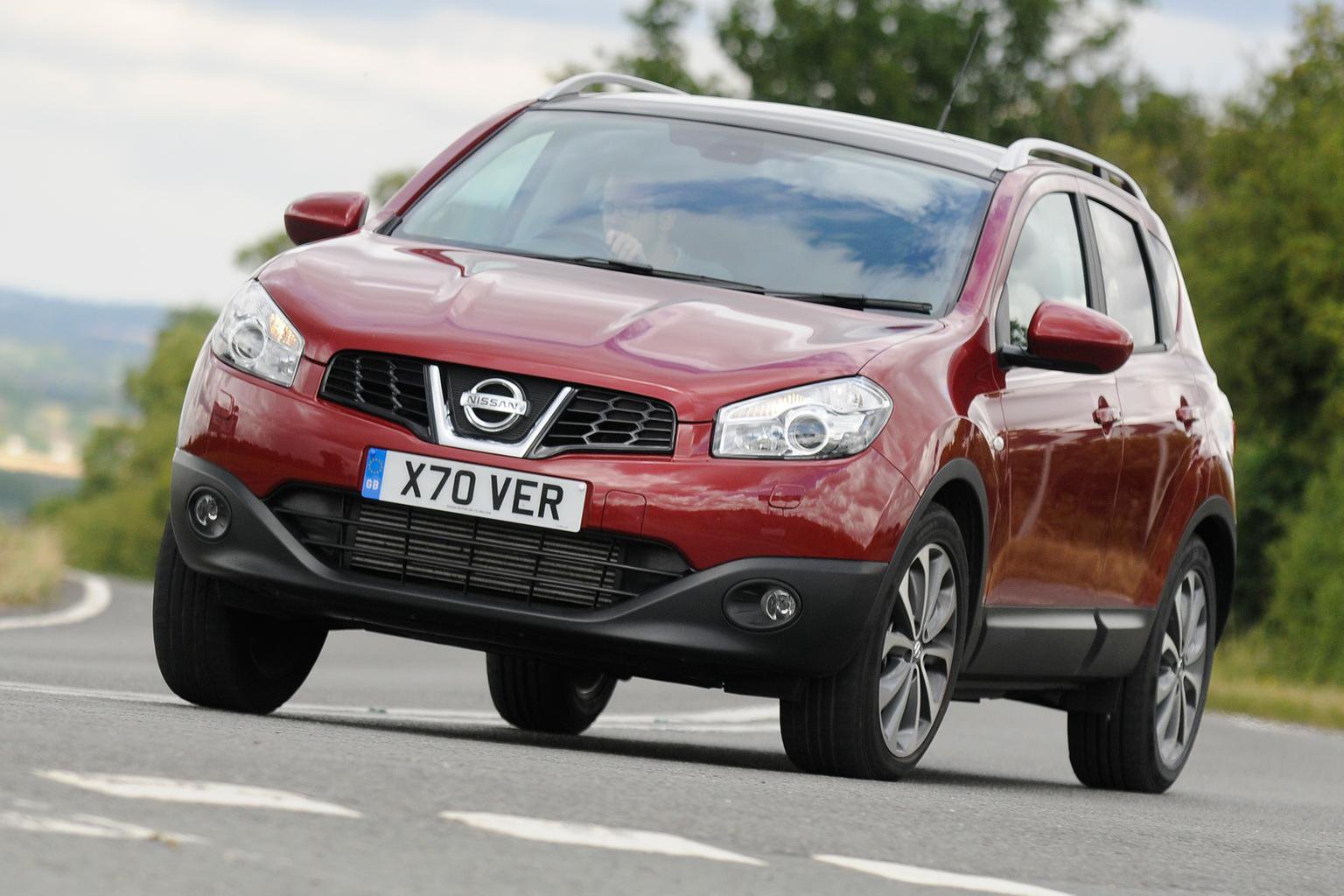 The first Qashqai (above), sold from 2007 to 2013, was good. This second-generation model, though, was great – in fact, we liked it so much that we named it our Car of the Year for 2014. And when you remember that in order to claim that title, the Qashqai had to beat category winners including the Ford Fiesta ST hot hatch, the Mercedes S-Class luxury limo and the Skoda Octavia family car, it makes Nissan’s achievement all the more impressive.

Back to the Honister Pass, then, and my Qashqai is pulling well, even loaded with three adults, several suitcases, one very excitable dog and an industrial amount of wine. The Qashqai’s 1.5-litre diesel engine is so well suited to big trips, and especially to the steep inclines that you regularly find in the Lake District. On the motorway trip up from London it was smooth and economical, and now in Wordsworth’s back garden it’s delivering the kind of low-end grunt that's extremely useful for scrabbling along single-track roads. 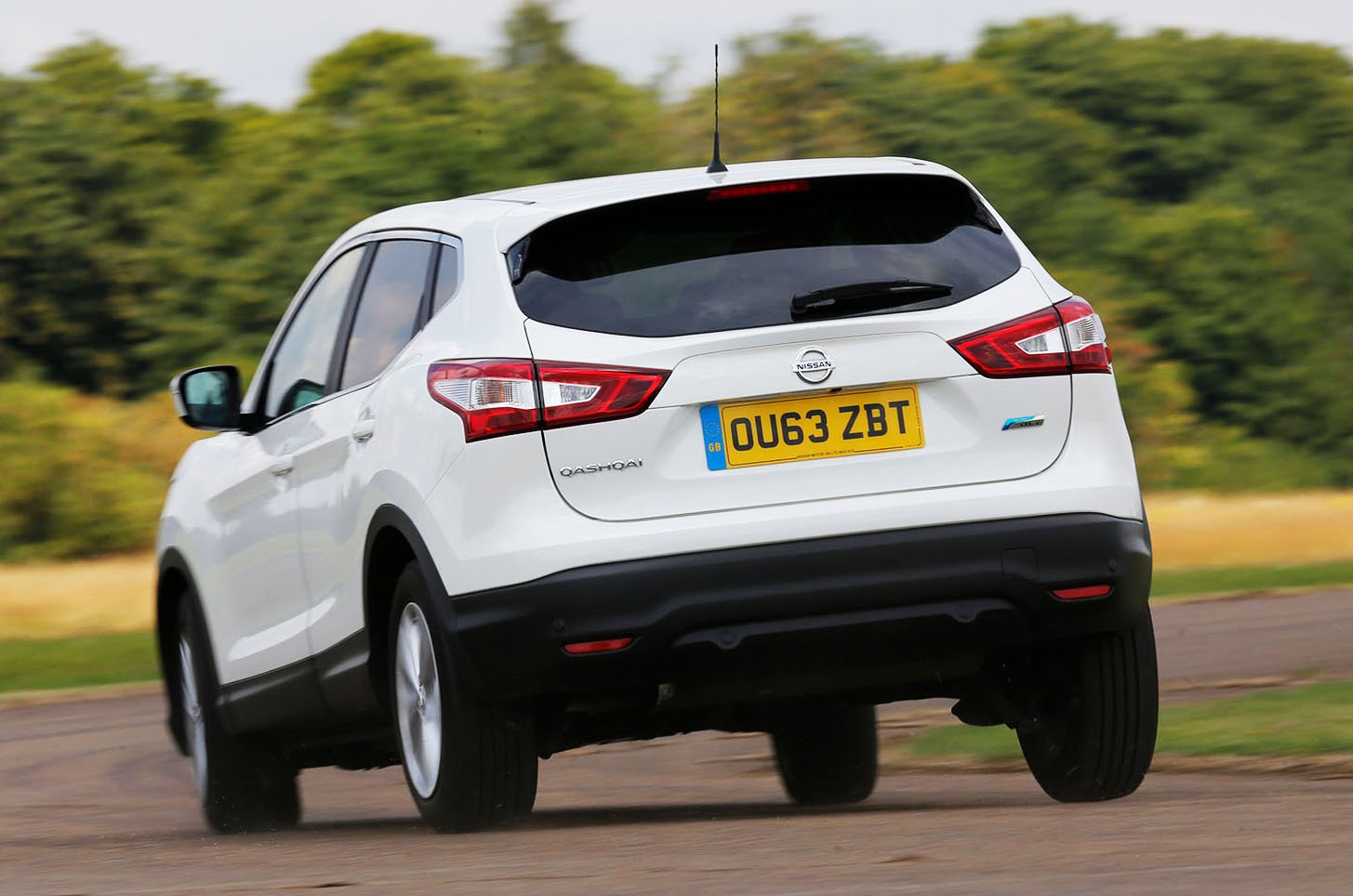 Combine that with light steering, which makes parking around town a doddle, plus a ride that’s comfortable over most surfaces, and hopefully you’re starting to get an idea of why I love this car. It’s practical, it’s good to drive and it’s reasonably priced too. In fact, it’s the car that’s come closest to being all things to all people that I’ve ever come across.

And up there, on the Honister Pass, it was nothing short of magical to drive. My mates loved the Qashqai, too, for its comfortable seats, quiet driving manners and plethora of storage options. Indeed, I was still finding well-stowed sweet papers days after we got back from our week-long trip. 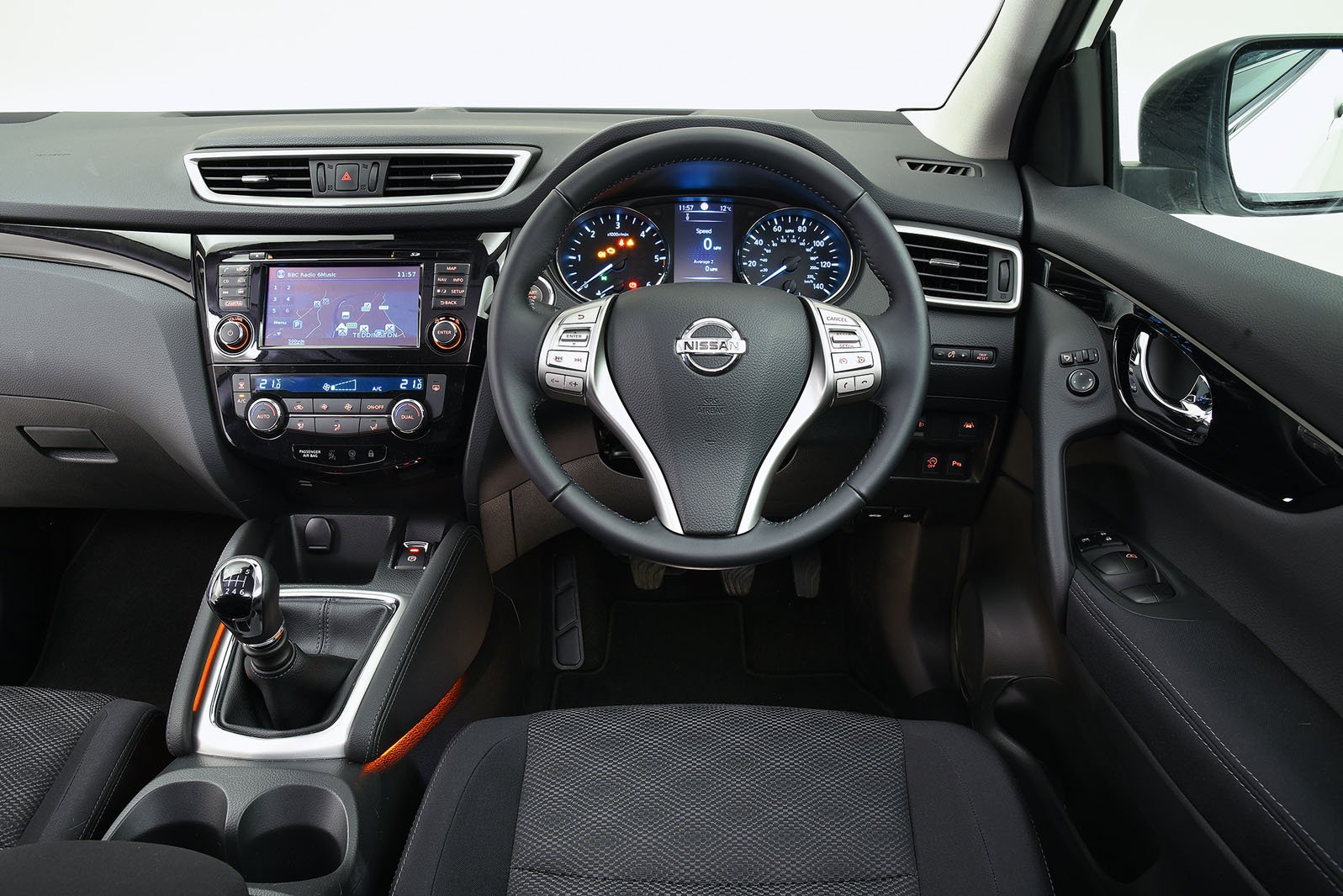 Nissan put a simply staggering amount of testing into the Qashqai, too, to make sure it was a car that could perform anywhere in the world. Weights were placed onto the car’s panoramic sunroof to see if it could withstand the force of a fully grown brown bear without breaking, while Mariah Carey’s greatest hits were used to stress test the stereo and see if any sound quality was lost during the highest notes.

Late on in the testing process, when the engineers discovered that a bottle of popular Japanese green tea wouldn’t fit in the car’s cup holders without being slightly squeezed, the entire assembly was redesigned at a cost of more than £43,000. All of that ensured that on those occasions when your tea-drinking-come-bear-baiting karaoke session got a little out of hand, nothing would be amiss in the Qashqai’s world. 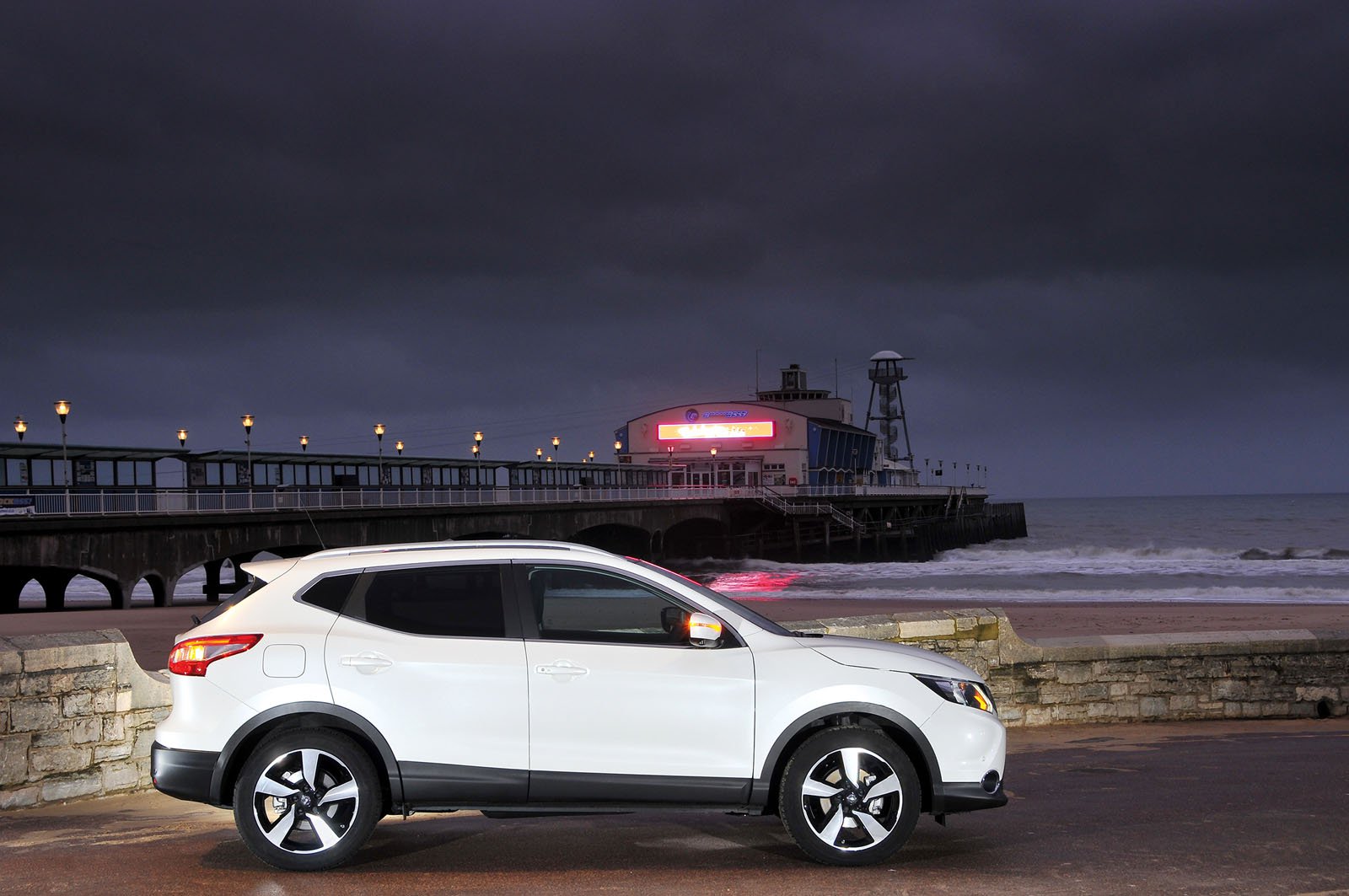 I salute the Nissan Qashqai, then. Not just for being a great car, but for opening up a whole new market for buyers, and for doing it without losing quality or by charging a mammoth price. There’s a good reason why, walking along my street the other day, I counted six Qashqais in the space of five minutes. One family even had two.

In some cases, that kind of popularity isn’t earned, but in the case of the Qashqai, I’d say the public has backed exactly the right horse. In fact, with close to 350,000 Qashqais sold in the UK so far – the equivalent of every person in Cardiff driving one – I’d say the Qashqai isn’t just the greatest car in the history of What Car?, but one of the greatest ever.

Come back tomorrow to find out which car is our winner, and the greatest car in the history of What Car?