You can choose between two 1.3-litre petrol engines, both of which have been treated to some mild hybrid technology. What does that mean in English? Well, it means the Nissan Qashqai's starter motor can also act as a generator, harvesting energy that would otherwise be lost when slowing down to charge a tiny battery. It then switches roles, using the energy it's captured to assist the petrol engine at low speeds and improve fuel economy.

The 156bhp option (badged DIG-T 158) is languid if the revs are around 1500rpm or lower. If you squeeze the throttle in that range, you'll have to wait a moment or two before any surge of acceleration arrives and, when it does, it won’t exactly throw you back in your seat. It's better to drop down a gear to get the revs higher where there’s decent power – enough for 0-62mph in 9.5sec. That’s about the same performance as the Skoda Karoq 1.5 TSI 150 and it gets you past slower cars on A-roads safely and on to motorway speeds capably.

So far, we’ve tried the Qashqai on 19in and 20in alloys and it deals with bumps well. These larger wheels come with a more sophisticated rear suspension, which helps compensate for any extra firmness brought about by their lower-profile tyres.

It's not as soft and floaty as the Volvo XC40, so there’s a small amount of fidget along most roads, but, thanks to tight control, you're not bounced around along undulating roads as though you were riding a space hopper.

We suspect that going for smaller 17in or 18in alloys, which come with the cheaper trims, will make for an even smoother ride. 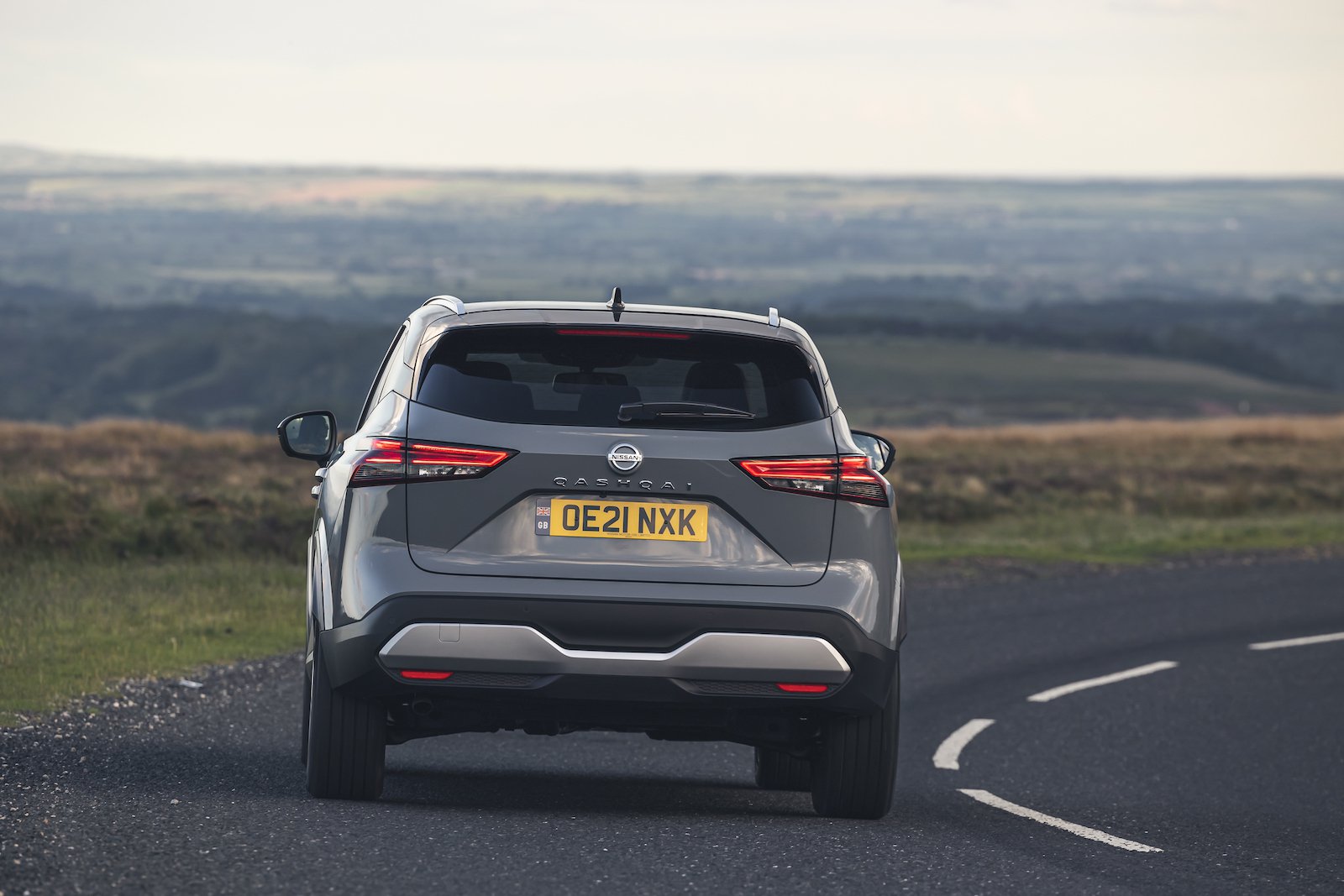