The Octavia’s model hierarchy is a little different to Skoda’s norm; the usual SE variant is there, but currently only in higher spec First Edition form, while SE L is available both as a ‘standard’ SE L and a SE L First Edition. A wider range will arrive in due course, though, including an entry-level S. Meanwhile, spec for spec, First Edition cars are competitive in price with rivals such as the Ford Focus and Seat Leon, and will set you back much less than equivalent premium models, such as the BMW 1 Series and Mercedes A Class.

Skoda is usually generous with deposit contributions, too, so expect a competitive monthly PCP finance rate unless you go for the business-oriented SE Technology model. Similarly, you'll find plenty of discounts on our New Car Buying pages for all but SE Technology trim. Meanwhile, insurance costs sit between the Focus and Toyota Corolla.

Official CO2 emissions are broadly in line with those of the Focus, although the hybrid Corolla performs noticeably better. It’s worth pointing out that the Octavia's diesel engines aren’t currently RDE2 compliant, so company car users will be liable for a 4% BIK surcharge. This will change towards the end of the year, when updated versions of the 2.0 TDI 115 and 150 are introduced.

Not that SE First Edition is poorly equipped; it gives you 16in alloy wheels, dual-zone climate control, auto lights and wipers, heated door mirrors, keyless start and even an umbrella in the door.

There’s a bit of a price jump to SE L, but you get plenty of extra luxuries and some useful kit for your money, making it an excusable indulgence. Crucially, SE First Edition and SE L trims offer the biggest incentives to private buyers, making them more affordable than their list prices suggest. 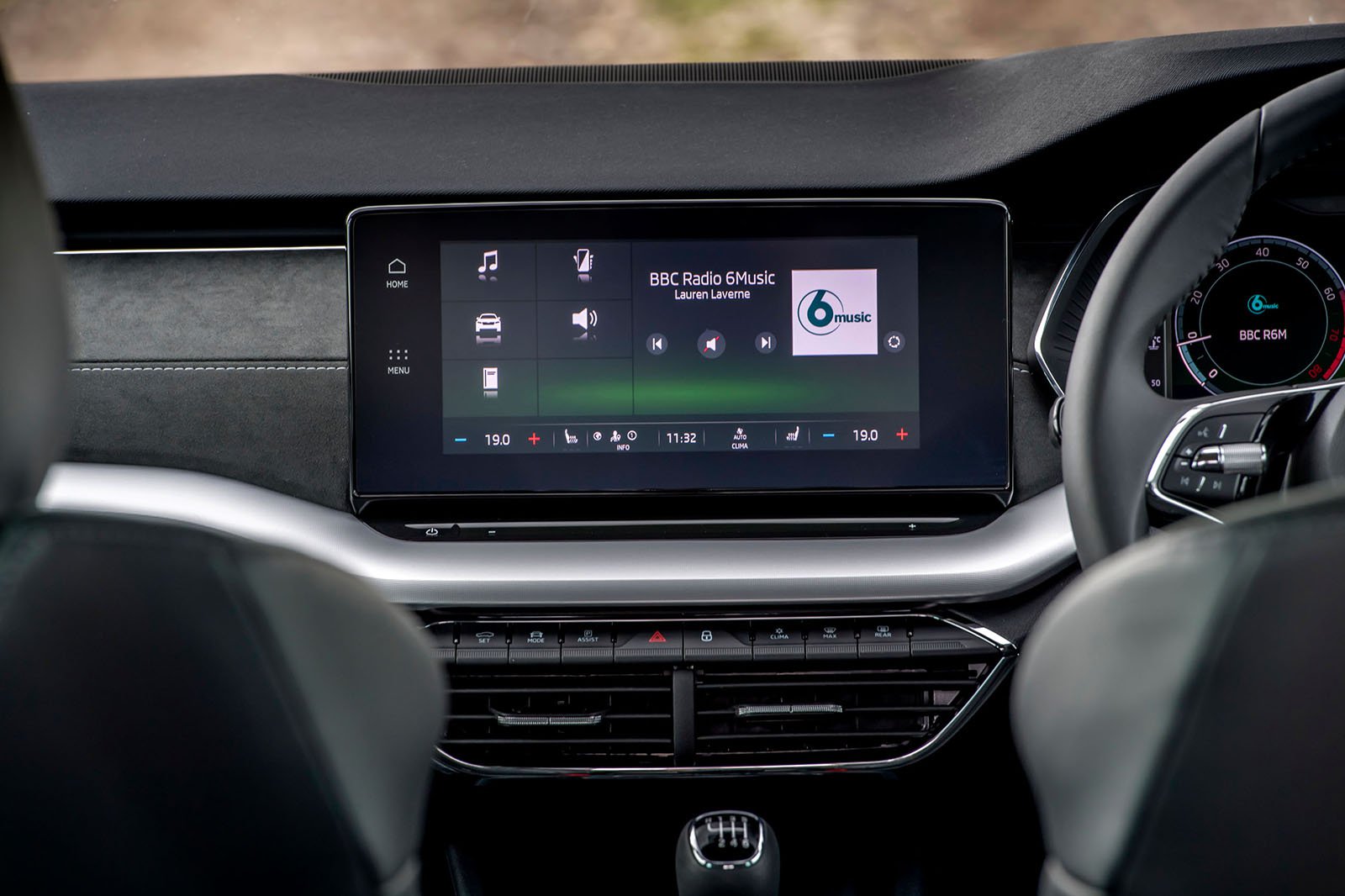 This generation of Octavia is too new to have appeared in the 2020 What Car? Reliability Survey, but Skoda as a brand ranked an impressive 5th out of 31 manufacturers.

The Octavia received Euro NCAP’s top five-star safety rating and was found to be better at protecting adult occupants than the Focus in the event of a crash. It’s true that the Corolla scored better marks for side impact protection than both, but that car didn't perform as well as the Octavia in some frontal crashes.

Automatic emergency braking, lane-keeping assistance and an e-call system that notifies the emergency services if you’re involved in an accident are standard on all models. SE L First Edition adds a handy system that flashes a light on the exterior mirror if something’s in your blind spot, as well as adaptive cruise control (also standard on ‘regular’ SE L), which maintains a steady gap between you and the car in front, braking to match its speed where necessary.

The Honda Civic is good to drive, and has a big boot and ...