The 148bhp diesel engine (badged 2.0 TDI 150PS) is an impressive performer. Not only can it get the Octavia from 0-62mph in a very respectable 8.7sec but, more importantly, it pulls strongly from low revs. It's a great fit for the car, whether you're travelling alone or with the family and a boot full of luggage. We wouldn’t discount the cheaper TDI 115, though; it has plenty of low down shove and we suspect it’ll prove quick enough for many.

Still, as good as the 148bhp diesel engine is, it's the 1.5-litre petrol that gets our recommendation; it's similarly quick and a lot cheaper. The only caveat is that you need to work it a bit harder than you do the diesel.

The manual gearbox is precise enough that you can find all six gears easily, and, for the most part, the optional dual-clutch automatic delivers impressively swift shifts. It's only when you put your foot down hard or try to pull away swiftly – such as when joining traffic at a busy junction – that it can dither and frustrate.

The motorway feels like the Octavia’s natural habitat; it can waft along on its softly sprung suspension for mile after mile. The consequence of this soft setup, though, is that things feel a little floaty over crests when you turn off the motorway and onto a more demanding stretch of undulating road.

Potholes and particularly vicious expansion joints can send jolts through the Octavia’s structure, too, and its body can take a moment to settle after you've traversed a speed hump – the effect is rather like being in a small boat hitting a sizeable wave. For the most part, though, it’s more comfortable than its direct rivals. If you prefer a more tightly controlled ride, try the Toyota Corolla or the firmer Seat Leon.

An adaptive suspension system that allows you to stiffen or soften the ride is an optional extra, and one that we reckon is worth having, as it allows you to dial out some of the float on undulating roads. Indeed, that extra composure over wavy crests and falls is something your passengers will thank you for. 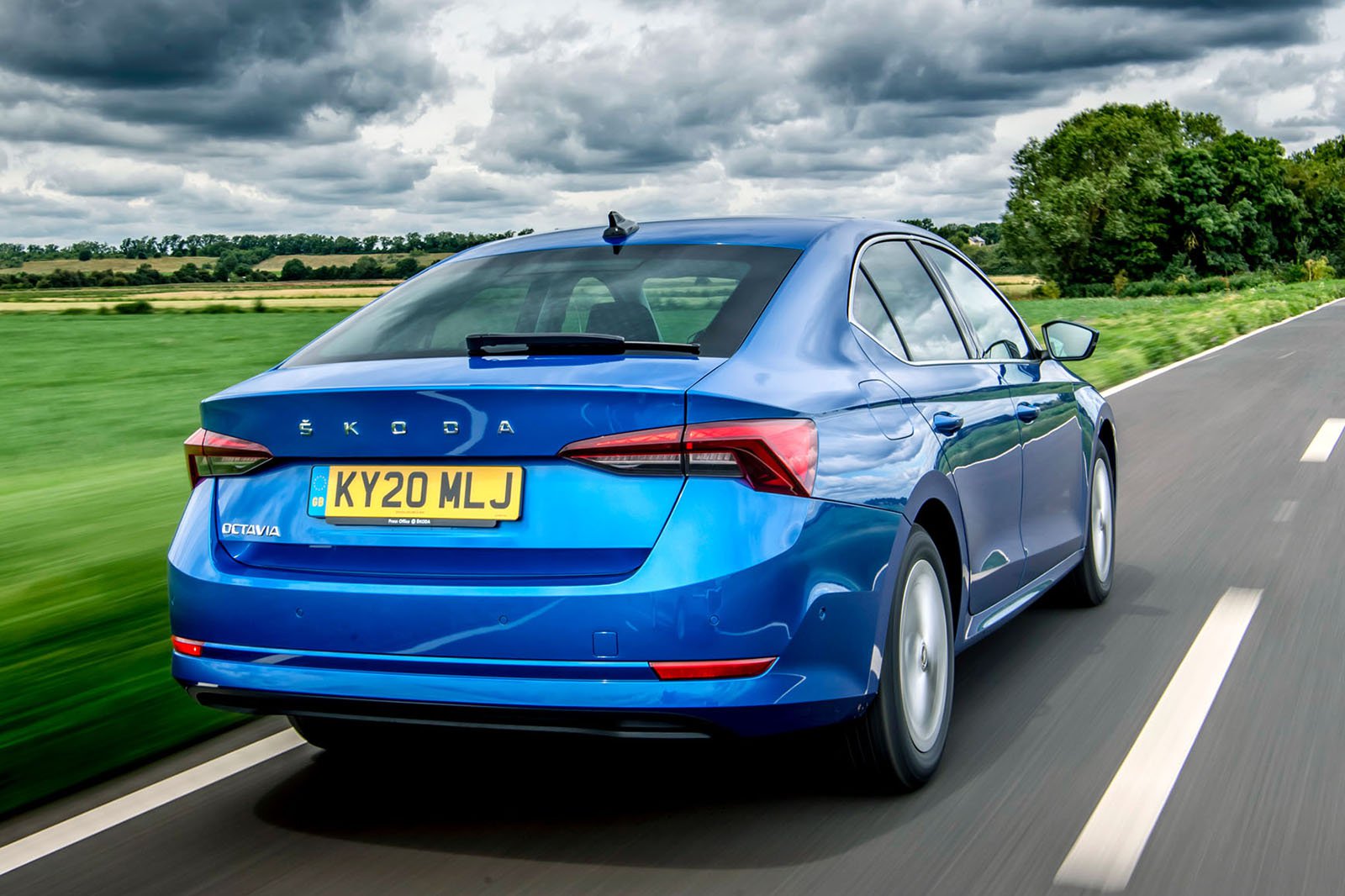 Despite the softness of its suspension, the Octavia is perfectly capable when it comes to corners. In particular, its steering is precise and has plenty of reassuring weight, providing a good sense of connection to the front tyres.

The Octavia also grips tenaciously through bends. And while it leans more than a Ford Focus or Seat Leon and doesn't feel as agile as those cars, it's never anything less than stable and secure.

Both the 1.5-litre petrol and 2.0-litre diesel engines send a slight buzz through the steering wheel and pedals at higher revs, but it’s far from irritating. Indeed, the diesel is smoother and quieter than the engines in most direct rivals.

Unfortunately, wind and road noise aren't as well isolated as they are in the Focus, and you can hear the suspension working away as it tries to smooth out broken surfaces and potholes.

Lift off the accelerator pedal and automatic Octavias can ‘coast’ out of gear to save fuel, before re-engaging drive smoothly when you put your foot down again. But the stop-start system can frustrate in traffic; it sometimes cuts the engine a bit too soon and takes too long to fire it back up again.

The Honda Civic is good to drive, and has a big boot and ...