There’s plenty of space up front in the Octavia; a very tall driver will certainly be able to get comfortable even with a head room-robbing panoramic glass roof fitted. Storage is better than in most rivals, too: the door pockets are a good enough size to take a 1.5-litre bottle of water and the cooled glovebox is big enough to keep your lunch fresh.

Behind the gearlever are two fixed cupholders that will keep your coffee-to-go secure and, ingeniously, can grip a drinks bottle tightly enough that you can twist its cap off with one hand while driving. In front of the gear selector is a handy tray that’s big enough for a large mobile phone to sit next to your house keys and wallet or purse.

There’s also a large covered storage space under the front armrest that is perfect for hiding electronic devices and other valuables. It’s even cooled, should you prefer to bring a second lunchbox.

The Octavia is pretty generous on rear-seat space, too. Behind a tall driver with their seat pushed back, even taller passengers will be able to lounge in comfort, and there’s loads of elbow room. Anyone regularly carrying giants, though, should be aware that the Ford Focus and Seat Leon are even more well endowed with rear space.

The middle rear-seat passenger has no choice but to place their feet either side of the car’s raised central floor hump, but the big footwells mean this isn’t too restrictive. The Octavia’s rear seat is also surprisingly wide, making it a very comfortable car for three passengers to sit side by side in the back of.

A central armrest with two cupholders is standard on all models, and the rear door pockets are a decent size, too. Every model has a map pocket on the back of each front seat, along with a smaller smartphone pocket, along with sizeable rear door bins. 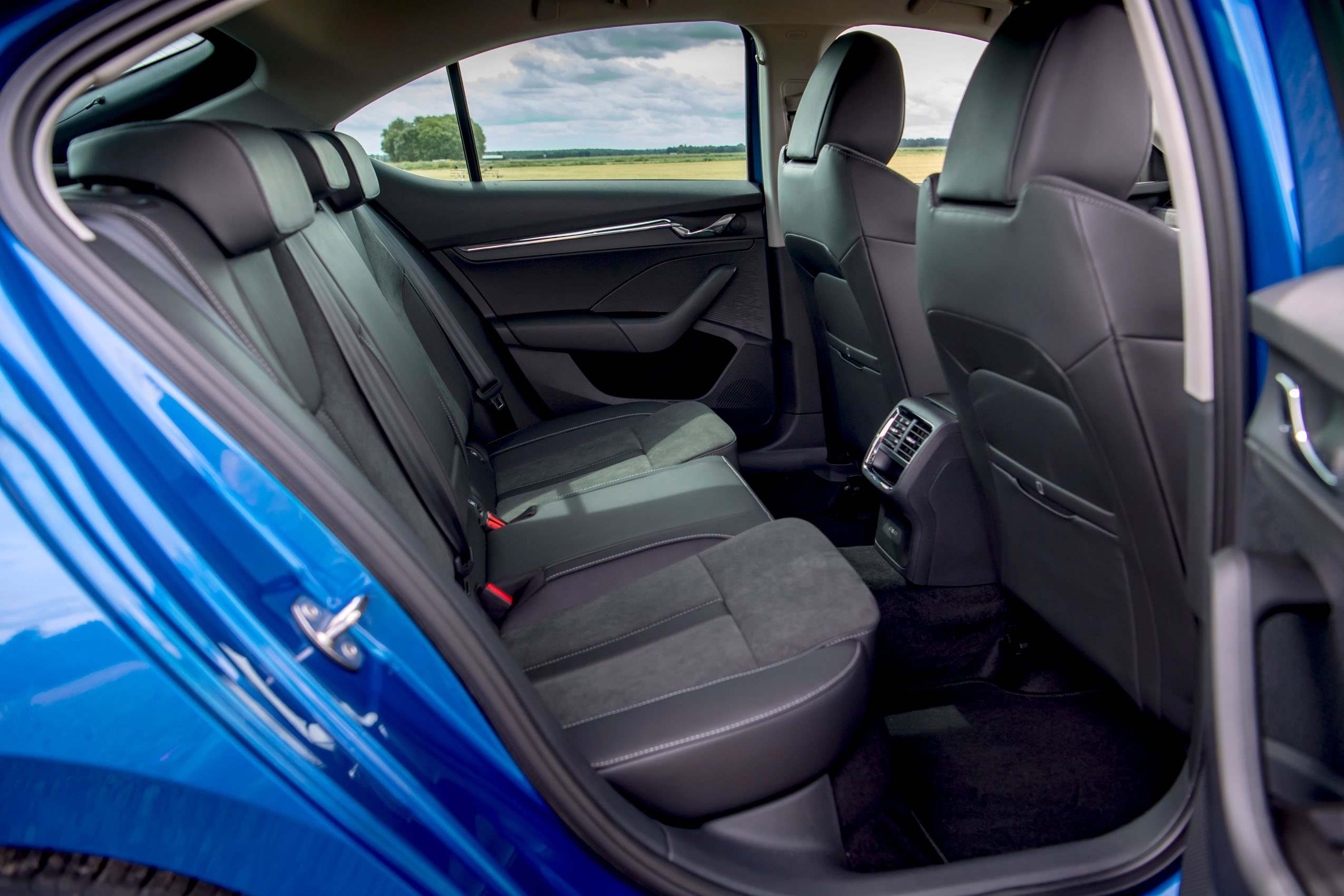 In terms of its flexibility, the Octavia is pretty conventional by family car standards. The folding rear seats follow the usual 60/40 split arrangement (the A Class gets a more flexible 40/20/40 split), but we like the fact that they can be folded by levers in the boot, so you don’t have to open a side door before loading that bulky flat-pack furniture you’ve just bought.

Unfortunately, though, the seats don’t lie completely flat when folded, and they leave an awkward step in the extended load area.

The Octavia’s boot is not only huge compared with similarly-sized rivals, it dwarfs most competitors from the class above. The load area is also longer and taller than those of most comparably priced hatches, and it’s a practical, squared-off shape. The only downside is that there is quite a significant lip to negotiate when lifting heavy items in and out of the boot – the hatch (unlike the Octavia Estate) doesn’t get the option of an adjustable boot floor to mitigate this.

As standard, there’s a 12v socket, a couple of bag hooks and a couple of fenced off areas that will prevent your de-icer and other boot clutter from sliding around. Meanwhile, options include a space-saver spare wheel that sits under the boot floor, and an electric tailgate with or without gesture control.