The Volkswagen Golf has plenty of head room to suit even exceedingly tall occupants, and its front seats go back far enough to accommodate those with long legs. It's wide in the front, too, so you won’t be clashing elbows with your passenger.

The front door pockets are each big enough for a 500ml bottle of water and there are two cupholders in the centre console. In front of the gear lever there’s a handy tray for your phone that includes wireless charging (for more information on the infotainment system, see the previous page). You’ll also find a storage bin under the front centre armrest, plus there's a decent-sized, air-conditioned glovebox.

The Golf’s interior dimensions allow a pair of six-footers to sit relatively comfortably in the back. Head room is very generous, although leg room isn't outstanding. If the front seat occupants slide their seats fully back, taller folk in the rear won't have much space in front of their knees.

Shoulder room becomes tight when a third rear passenger is introduced, and the raised section of floor that runs along the centre of the car robs the middle passenger of foot space. Still, the Golf is marginally more accommodating in the back than the BMW 1 Series and Mercedes A-Class, although you’ll find lots more room in certain cheaper alternatives, such as the Ford Focus and Skoda Octavia. 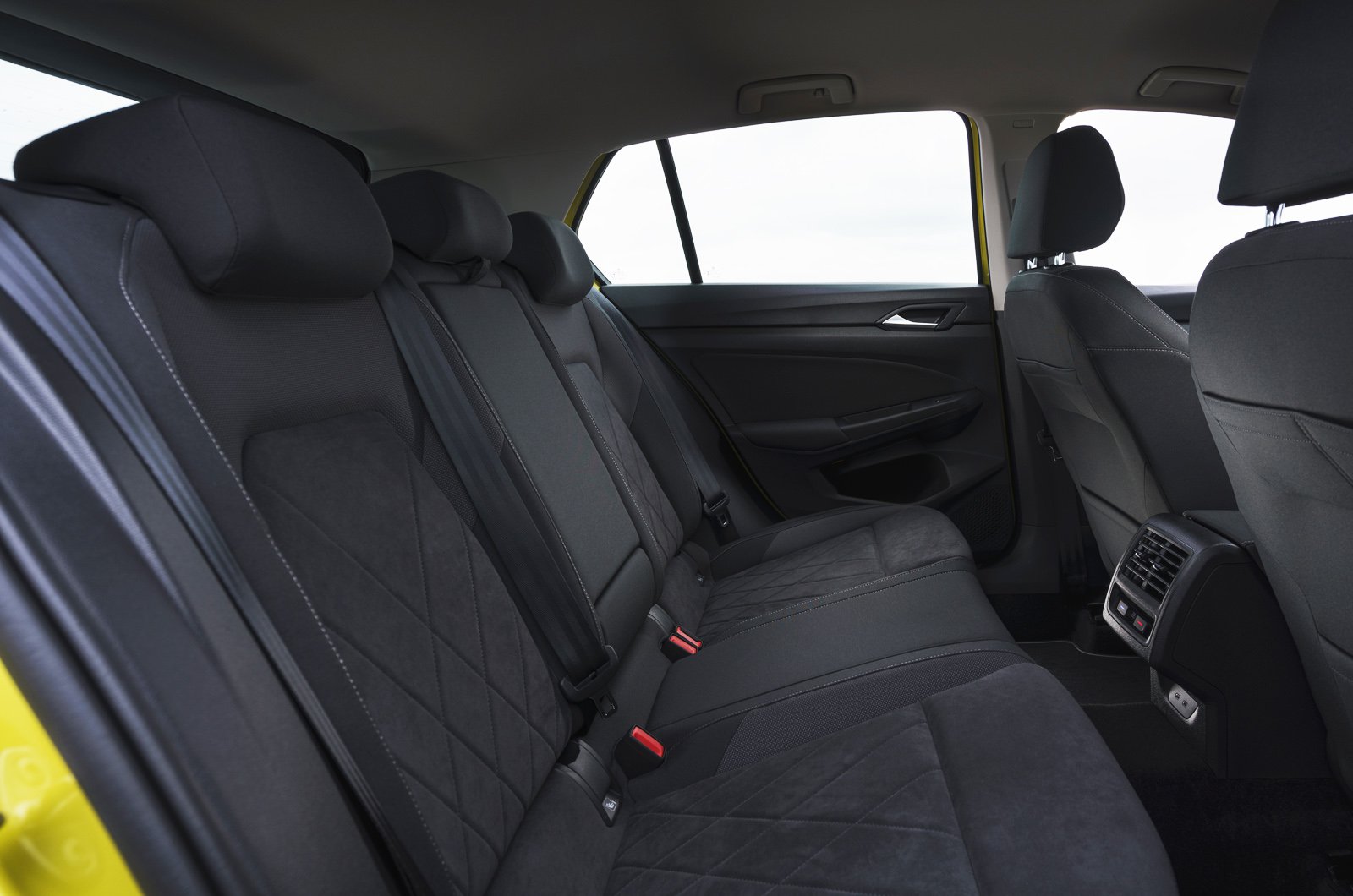 The Golf's rear seats don't do anything clever, such as sliding or reclining. As with most hatchbacks, you can fold down the 60/40 split seatbacks (the Mercedes A-Class gets a more flexible 40/20/40 arrangement) by pulling levers next to the outer rear head restraints.

Once dropped, the seatbacks lie virtually flat. There’s also a ski hatch, which keeps the outer rear seats in play while allowing you to carry longer loads. Meanwhile, the front passenger seat is height adjustable and comes with adjustable lumbar support as standard.

There’s room in the boot for the weekly food shop and you can just about squeeze in a small set of golf clubs or a fold-up baby buggy. However, boot space is only average for the class; five carry-on suitcases will fit below the parcel shelf of all versions, including the GTE, whereas the Skoda Scala can swallow seven.

All VW Golfs (except the plug-in hybrid GTE) have a height-adjustable boot floor. This lets you create two separate compartments and, when raised, irons out the step that's otherwise created when the rear seats are folded down. With the floor on its highest setting, there’s barely any lip to negotiate when you're lifting heavy items in and out.