The traditional lofty SUV driving position is present and correct in the BMW X3. The driver’s seat is comfortable on long journeys and keeps you in place through bends with its supportive side bolsters – even more so with the sports seats, which are standard from mid-spec xLine trim.

M40i and M40d models come with an electrically operated driver's seat with a memory function. That's also available as an option on lower trim levels as part of the Comfort Plus Pack. All models provide a good range of adjustment for the seat and steering wheel, but it’s frustrating that BMW doesn’t include adjustable lumbar support as standard on any trim. It’s relatively cheap to add, though, and we'd definitely recommend doing so.

To make manoeuvring easier still, BMW has thrown in front and rear parking sensors, a rear-view camera and a parking assistant system that can steer the car into spaces for you. If that’s not enough, there’s also the option of a 360-degree surround-view camera.

Visibility at night is taken care of by bright LED headlights, which you can pay extra to upgrade to adaptive LED headlights that can stay on main beam without blinding other road users. The adaptive lights are standard on the M40i and M40d. 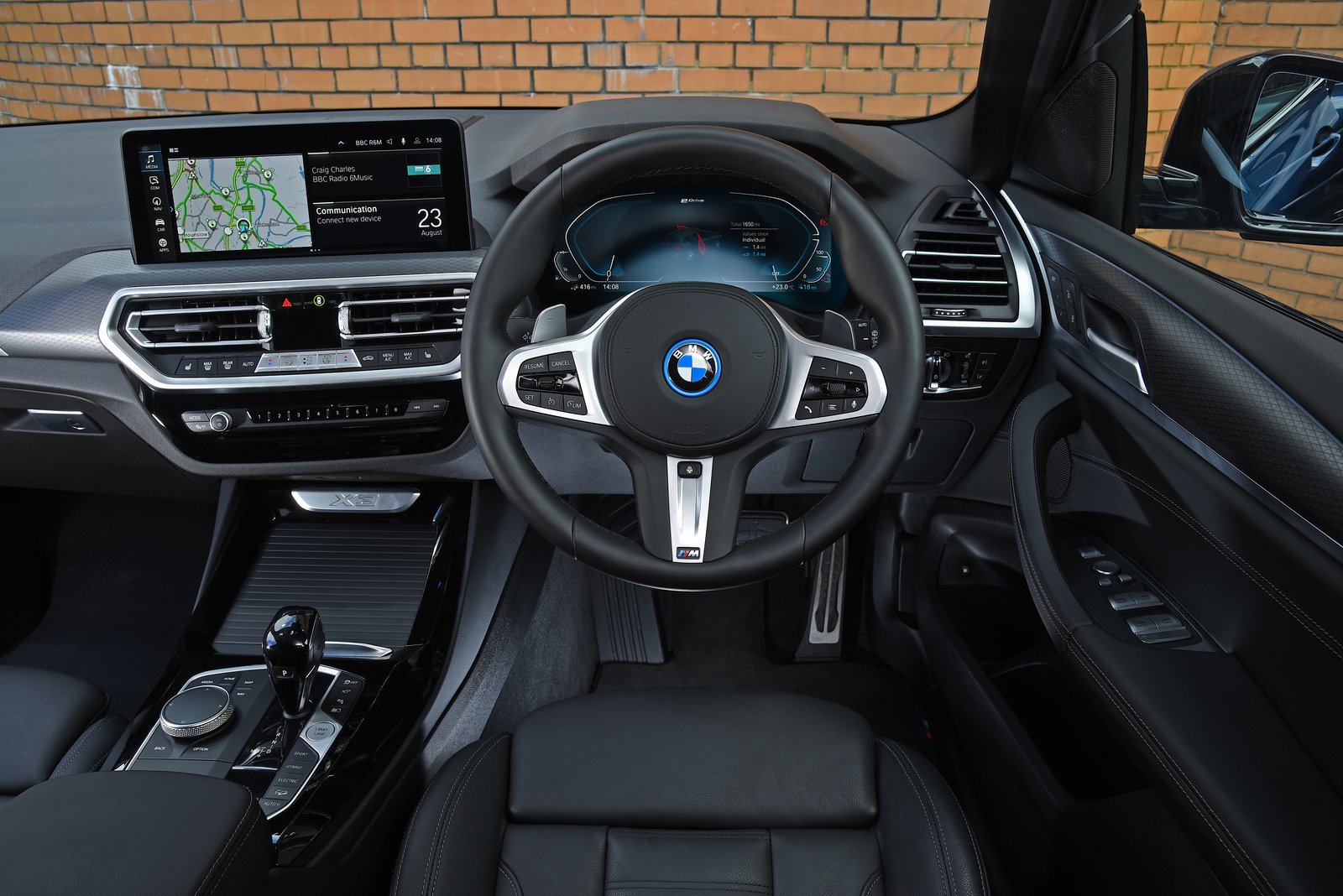 X3s in xLine trim have an 8.8in touchscreen and from M Sport spec the screen grows in size to 12.3in. Both versions have sharp graphics, intuitive and responsive software, and can be controlled from the screen or using the iDrive rotary controller between the front seats. The second option is much safer when you're driving, but most rivals only let you use the screen. That's a big part of why we rate iDrive as the best infotainment system on the market.