We’d avoid the entry-level 1.6 GDi 130 petrol engine. Why? Well, unlike most rivals’ engines, it does without a turbocharger. So while it’s powerful enough if you’re prepared to thrash it, there isn’t much low-rev flexibility. The turbocharged 1.6 T-GDi 174 is much more like it, proving far happier to slog from low revs and with a reasonable turn of speed. Even so, 1.5 TSI 150 versions of the Seat Ateca and Skoda Karoq are punchier still.

With that in mind, we’d recommend the 134bhp 1.6 CRDi 134 48v diesel. It offers solid, flexible performance that will pull you up to motorway speeds with ease, even with a fully loaded car. Performance is similar to 1.6 TDI 115 versions of the Ateca and Karoq, with 0-60mph taking a reasonable 10.8sec.

Those looking for a bit more zip or enough muscle to tow a caravan will be disappointed. Unlike most of its rivals, there isn’t a larger 2.0-litre diesel option.

Like the Seat Ateca, the Sportage has rather firm suspension. Some may appreciate the sporty feel that gives, but it doesn’t make comfort one of the Sportage’s strong suits . The car feels altogether firmer and choppier than many rivals, such as the Skoda Karoq and Nissan Qashqai. However, although the ride still isn’t perfect at speed, it's smoother on motorways than it is around town.

The ride is least jarring on the smaller, 17in wheels. Pick a trim level with 19in wheels and things get really knobbly over crumbling road surfaces. 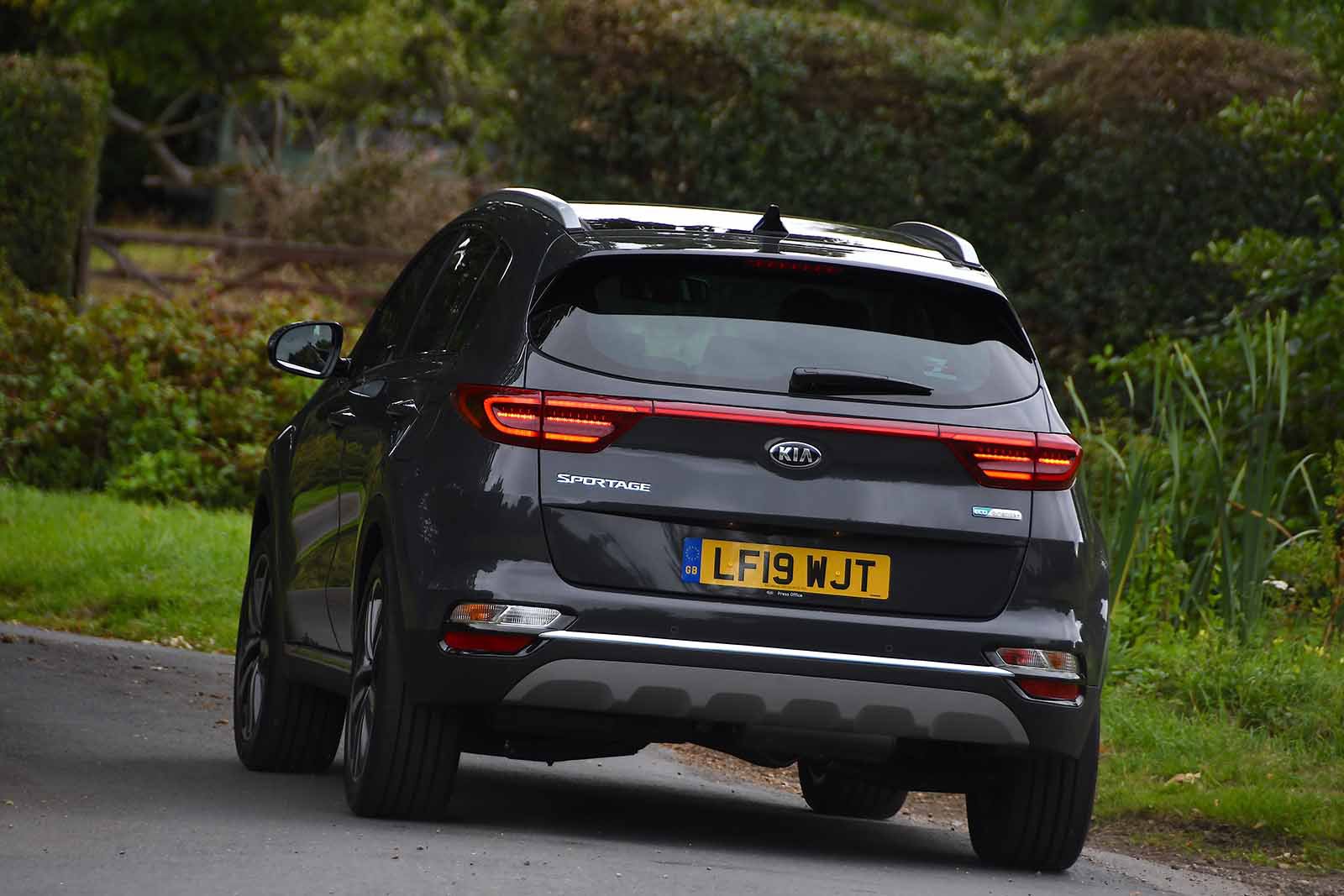 There’s little need for a family SUV to be especially sharp to drive, but it’s no bad thing that the Sportage doesn’t lean too much during spirited cornering. It certainly stays more upright than the Qashqai and Renault Kadjar and maintains a strong grip on the road when cornering hard. However, the Seat Ateca is even more agile and enjoyable, making it the one we recommend for keen drivers.

Part of our reasoning is the Ateca steers better. The Sportage's steering feels a mite numb and doesn't tell you as much about what the front wheels are doing. It's weighted reasonably well, though, so whether you're bumbling along a country road or cruising on a motorway, it steers predictably enough.

Regardless of which engine you pick, you’re certainly aware of it working away in front of you. The 1.6 CRDi 48V 134 is clattery at idle and on a light throttle but, oddly, becomes less so when revved hard. Although the petrols are smoother, the engines of the Ateca and Karoq sound are intrusive, no matter which fuel type you choose. Better news is that the automatic stop-start system of the 48V mild hybrid diesel cuts in and out slickly, and all the engines fade into the background at motorway speeds.

The six-speed manual gearbox is reasonably precise, but the springy clutch pedal takes thought and practice in order to effect a smooth getaway. You're relatively well isolated from road and wind noise at 70mph, but an Ateca is even quieter when cruising.