Can the Nissan Qashqai be knocked off the top spot by the new Kia Sportage or the revised Toyota RAV4?... 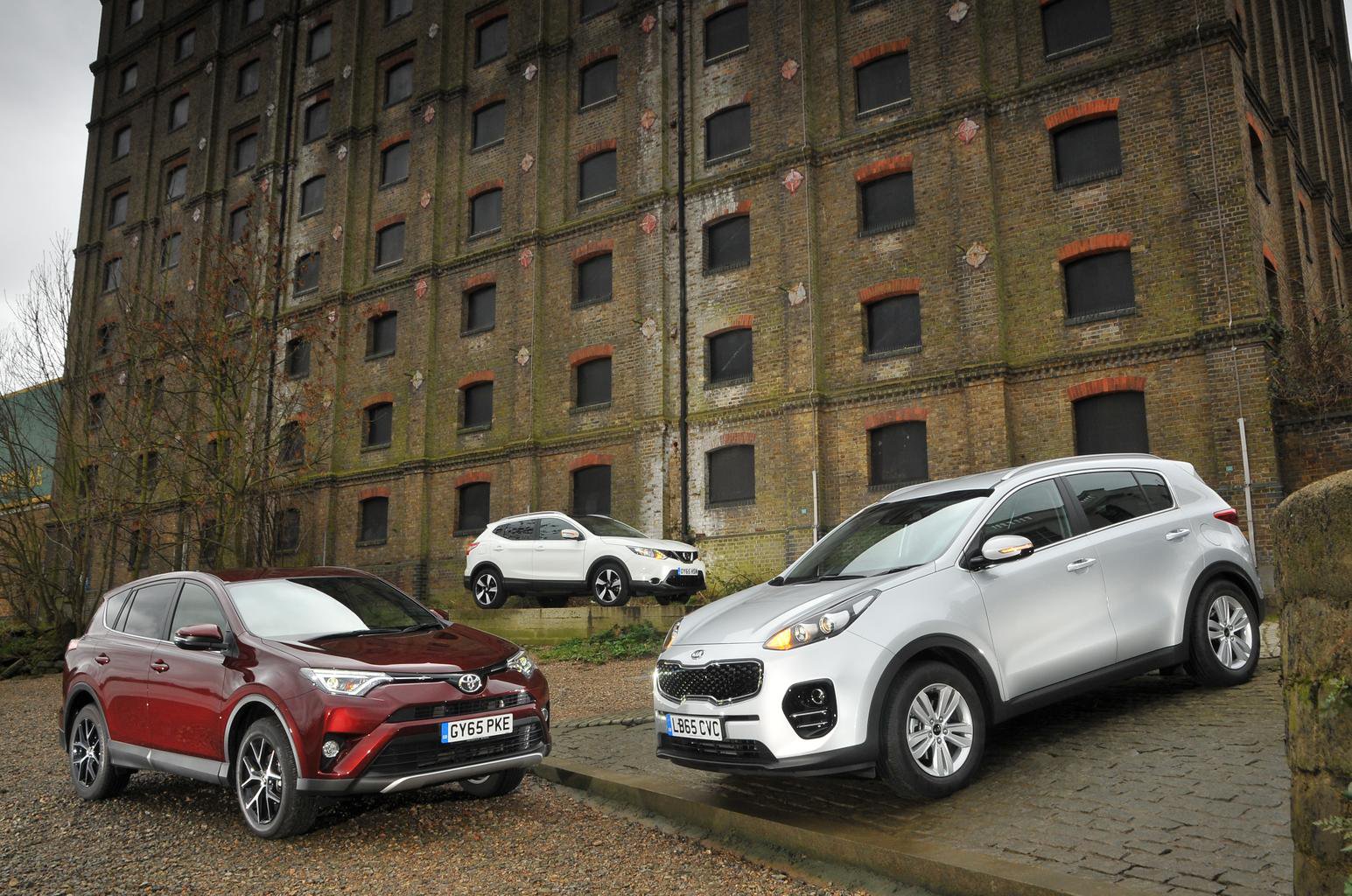 Well equipped and great value to own privately. Can the new Kia finally topple the Qashqai?

Refreshed RAV4 is more powerful and more efficient than ever before, and it's just as practical, too.

Forget traditional family hatchbacks – SUVs are the new family car of choice, and none is more popular than the Nissan Qashqai. In 1.5-litre diesel guise it’s our current favourite, but faces a fresh challenge from the new Kia Sportage and the recently facelifted Toyota RAV4.

Meanwhile, the refreshed RAV4 has a new and more efficient 2.0-litre diesel engine. The Toyota is also the biggest car here by some margin, so should beat its rivals for space and practicality. Is it good enough in other areas to compete?

All three come with six-speed manual gearboxes and reasonably gutsy diesel engines. The RAV4 is the fastest of the trio in a straight line thanks to its more powerful 141bhp 2.0-litre engine, but you do have to work it to get the best from it. Accelerate from 30mph in third or fourth gear, and it builds speed at a similar rate to the Sportage’s 114bhp 1.7-litre unit.

The Kia’s motor isn’t its biggest selling point, but it performs well enough. It pulls eagerly from low revs and acceleration is punchy, so you don’t have to downshift too frequently around town.

Although the Qashqai has the least powerful engine, it never feels short of puff. Ultimately, it won’t whisk you up to speed as swiftly as the RAV4, but its progressive power delivery and smooth-revving nature go a long way to compensate. 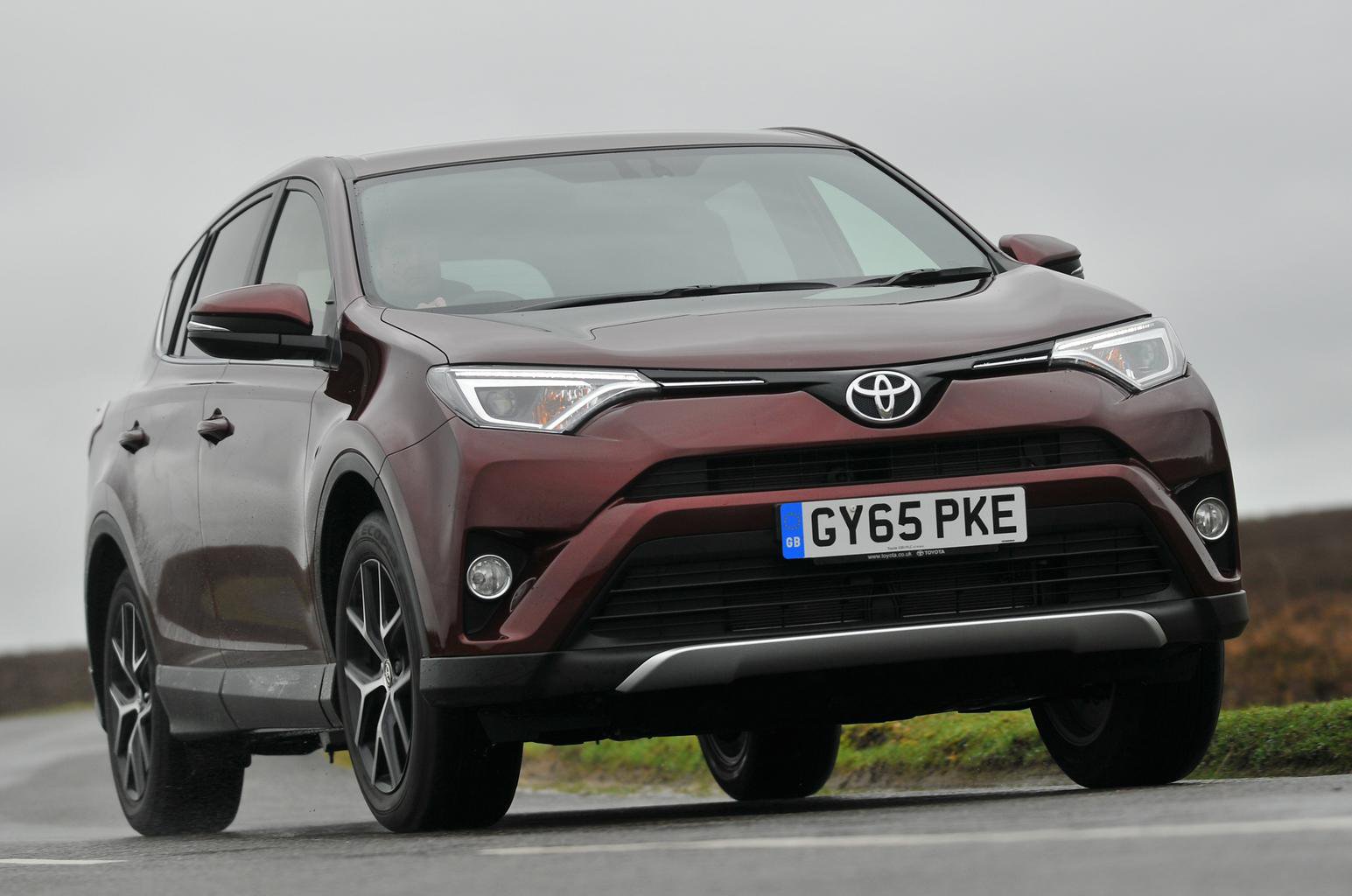 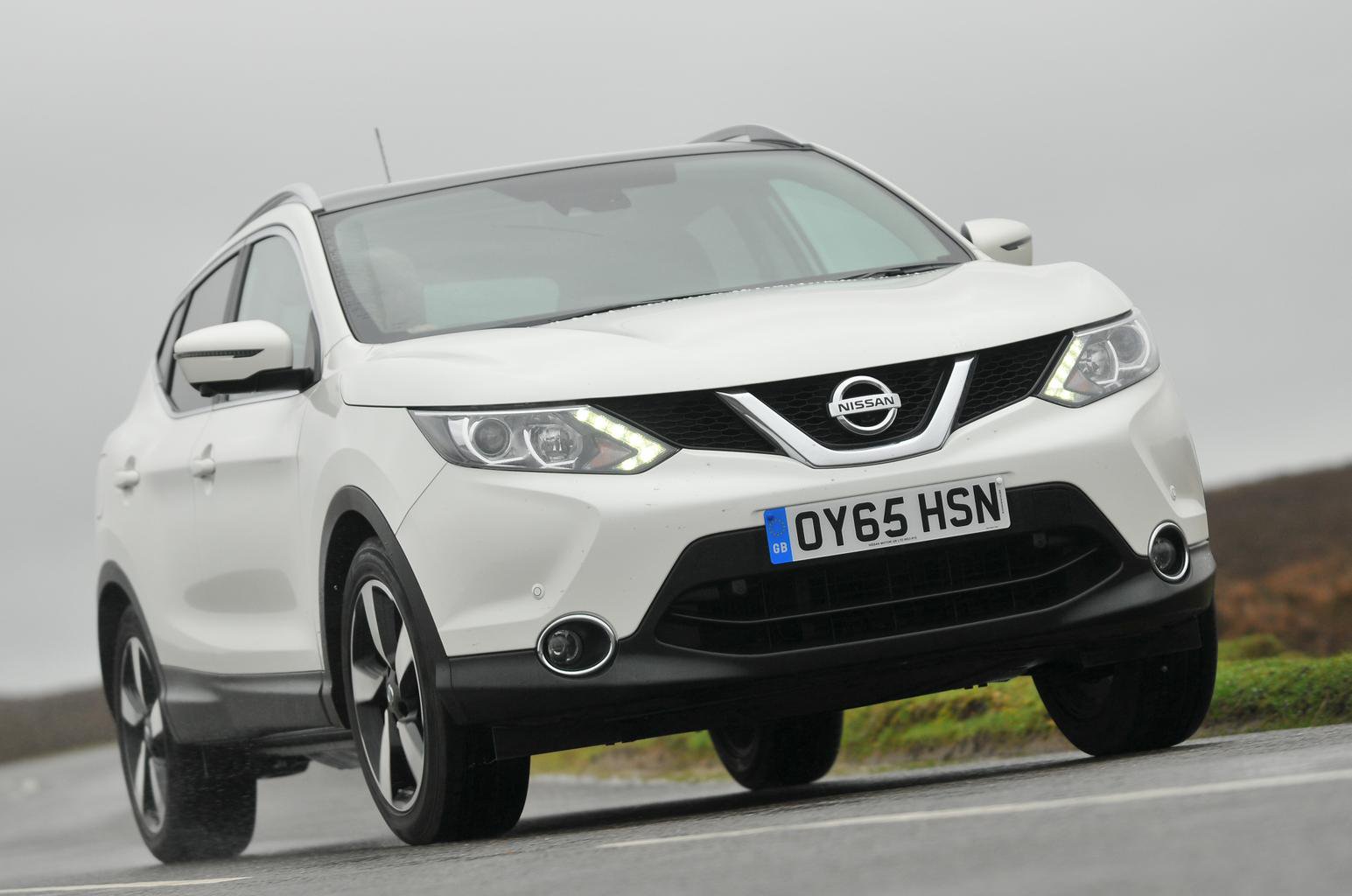 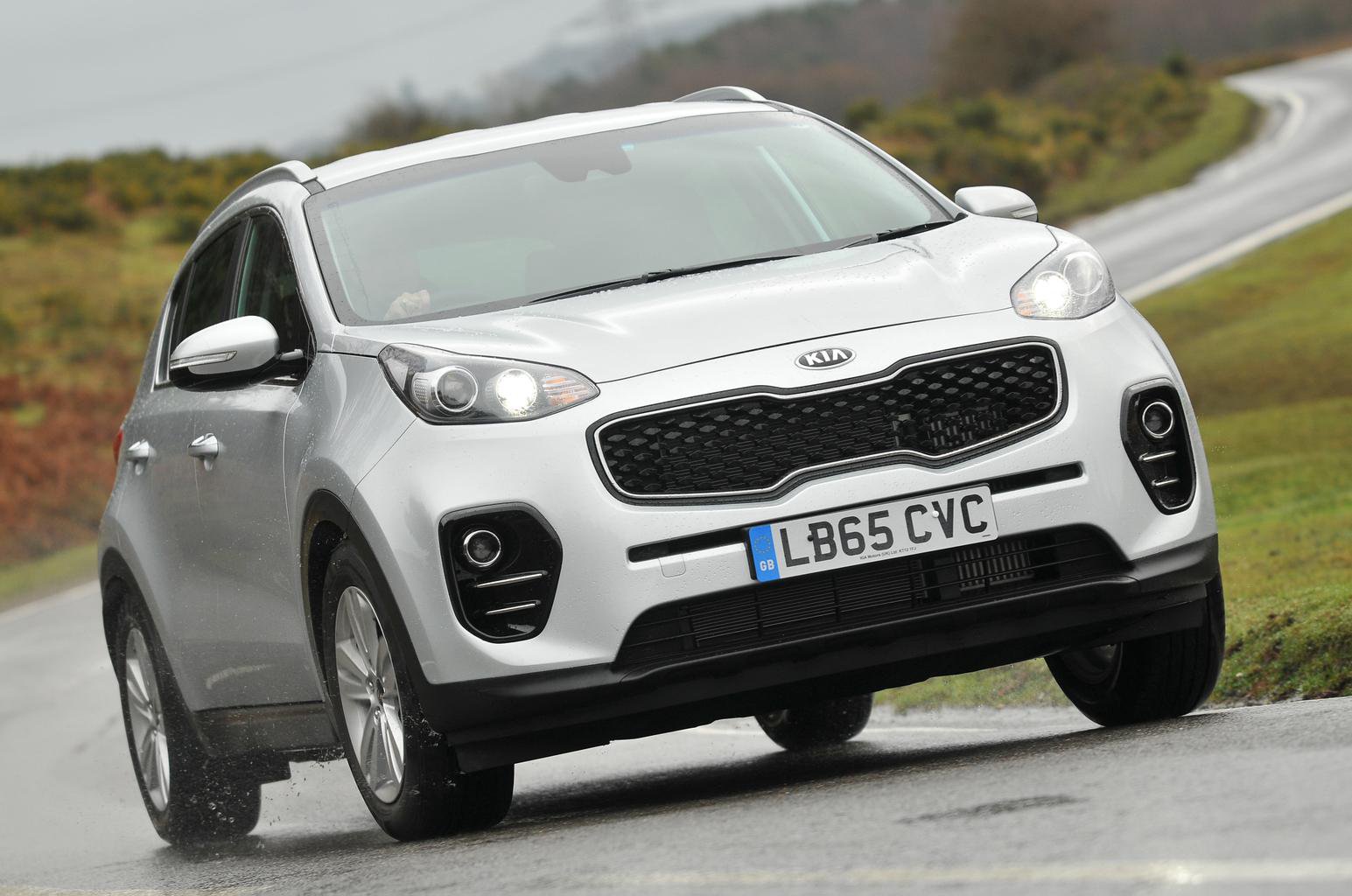 There are bigger differences in the way these SUVs handle. The RAV4 is the softest and feels the most like an old-school off-roader. Swing into a corner with gusto, and it’ll lean the most and relinquish grip the earliest. Its light steering doesn’t inspire confidence, either.

The Sportage has much more grip, and its steering feels heavier when you turn in to bends. Sadly, the steering is too numb and remote to make the Sportage enjoyable to drive.

Instead, it's the Qashqai that has the most intuitive and natural-feeling steering and, although it doesn’t stay quite as upright as the Sportage through tight twists, it’s actually the more enjoyable car to drive quickly along a meandering country road.

It’s also best for ride comfort. Bigger bumps are smoothed over nicely without causing the body to bounce around, and the Qashqai stays the most settled along scruffy urban roads. Both the RAV4 and Sportage feel choppier around town, and the Kia is also quite fidgety and firm at higher speeds, because its tauter suspension results in heavy thumps over expansion joints and mid-corner ruts.

It’s the Qashqai’s refinement that really sets it apart, though. Engine noise is much more pronounced when you accelerate in the Sportage, and the RAV4 is even louder – in fact, few modern cars have such unrefined engines. The Sportage and RAV4 also transmit more engine vibration through their steering wheels and pedals than the Qashqai, and there’s more wind and road noise at motorway speeds, too.

Used cars for less than the price of the train