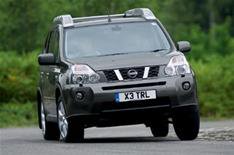 The X-Trail has changed the most, with lower-powered manual diesel models and all petrol versions dropped. There are now just two trims available Acenta or Tekna.

The 2.0-litre and 2.5-litre petrol versions have been dropped, leaving just the 148- and 171bhp 2.0-litre turbodiesel engines. The lower-powered version can now only be specified with an automatic gearbox, however.

The Pathfinder and Navara ranges have also been restructured, with all previous trims replaced by Acenta or Tekna and similar upgrades in equipment.

All models are on sale now, with deliveries starting in June.