The X-Trail has a fraction less head room in the front than its key rivals, particularly if the panoramic glass roof is fitted (it’s standard from Acenta trim upwards). However, there’s still plenty of leg room for even very tall occupants. In top-spec Tekna trim, the passenger seat is part-electrically powered, but lumbar adjustment isn’t available on any trim.

The two fixed cupholders in the centre console can hold large takeaway coffee cups quite securely. What's more, the door bins and glovebox are a good size and the deep centre cubby features a USB port, so it’s ideal for storing a phone.

The doors open very wide and the seats are set high, making the X-Trail a good option for those who usually find cars difficult to get in and out of.

The middle section of the X-Trail’s rear bench flips down to form an armrest, complete with two fixed cupholders. The two sections of the 60/40-split bench each recline for added comfort. Rear seat access is very good, because the doors open to nearly 90deg.

However, once passengers are inside any X-Trail bar entry-level Visia models, head room is restricted by the standard panoramic sunroof. This lowers the ceiling by such an extent that anyone around six feet tall or taller will find their head wedged into the roof lining. It’s a shame, because leg room is pretty good.

The seats in the optional third row are dubbed 'occasional' and are really best suited to kids. Adults can squeeze in for the shortest of trips, but only if you slide the second row of seats forward to create a bit more leg room. The standard third-row seats of the Sorento are far more accommodating. 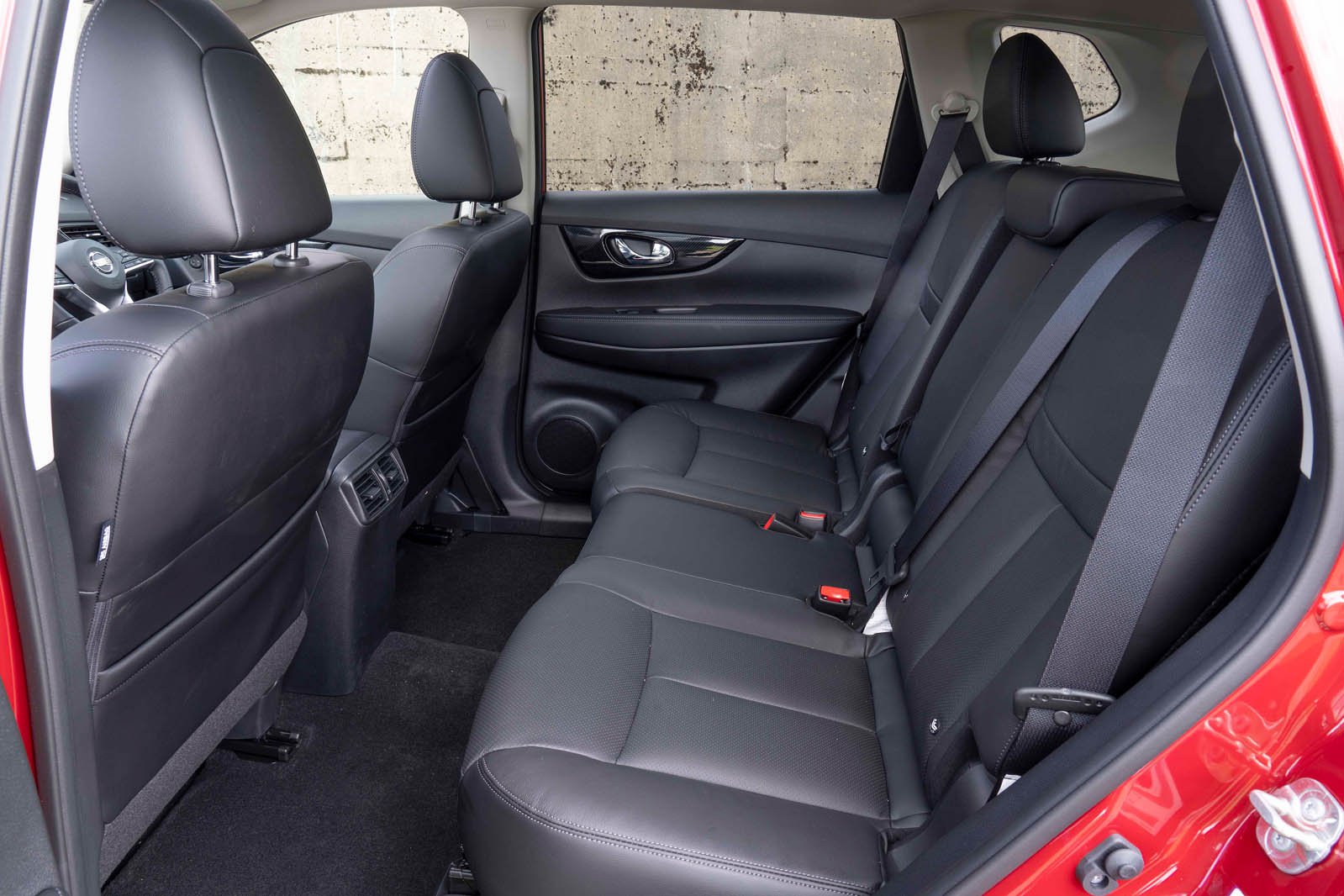 The second row in the X-Trail is split 60/40, rather than the more useful 40/20/40 arrangement you get in some rivals. However, the seats do slide, so you can make the boot bigger at the expense of leg room. The optional third-row seats are very easy to lift into place and drop flat into the boot floor.

The X-Trail doesn’t have the largest boot in its class, but we still managed to fit eight carry-on suitcases inside. This compares with nine in the Skoda Kodiaq, 10 in the Peugeot 5008 and a whopping 11 in the Kia Sorento. A nice touch, though, is that you can lift part of the boot floor and slot it into an upright position to form a divider that prevents your shopping from sliding around. What’s more, there’s no lip at the boot entrance to lift heavy items over, and the extended load area is flat when you fold all the seats down, making it easy to slide in awkward long loads.

If you don’t go for the optional third row of seats, you gain additional storage under the boot floor where those seats would otherwise be. With the third row of seats in place, there’s just room left for a few shopping bags. A child’s buggy will be something of a squeeze.