Charles Darwin famously wrote that it isn’t the strongest of each species that survives, nor the most intelligent, but rather the one that is the most adaptable to change. In the world of large SUVs, being adaptable means ditching the big diesel engines of old in favour of something greener, while still providing the practicality and comfort that a growing family might expect. That’s a tall order by any measure, but it’s one the new Nissan X-Trail aims to fill.

Key to this new X-Trail’s bid to become king of the SUV jungle is its innovative e-Power hybrid set-up, which we’ve already tried in the latest Nissan Qashqai family SUV. It combines a 1.5-litre petrol engine with an electric motor, producing 201bhp in total when they join forces. Unlike most other hybrid setups, the e-Power system’s petrol engine never directly powers the car’s wheels. Instead, its job is to charge the car’s small battery, which in turn sends power to the electric motor. 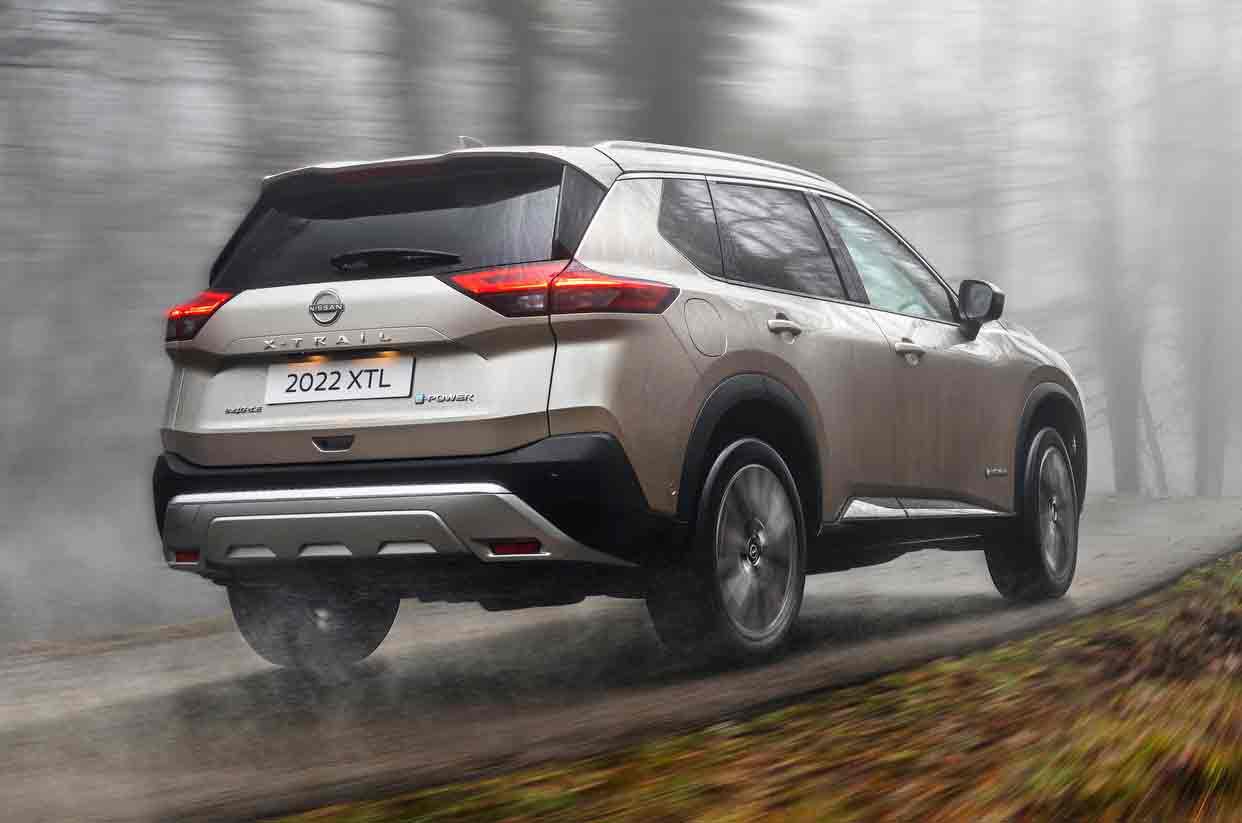 That means the new X-Trail should offer most of the benefits of a purely electric car – namely instant acceleration and a handy reduction in your fuel bills – without the need to plug it in when it’s time to recharge. Indeed, even entry-level versions of the X-Trail can hit 62mph from a standing start in 8.0sec, while returning an official 48.7mpg.

If you fancy something with a bit more brute force, or you want extra security on wintry roads, a four-wheel drive X-Trail is also available. It, too, uses the e-Power setup, but adds an additional electric motor to drive the rear wheels, taking total power to 210bhp.

A mild hybrid X-Trail is also on offer, again with a 1.5-litre petrol engine, but with only gentle  electrical assistance and an output of 161bhp. This engine is linked to an automatic gearbox and officially returns up to 39.8mpg. There won’t be any fully electric version of the X-trail – that niche has already been filled by the Nissan Ariya. 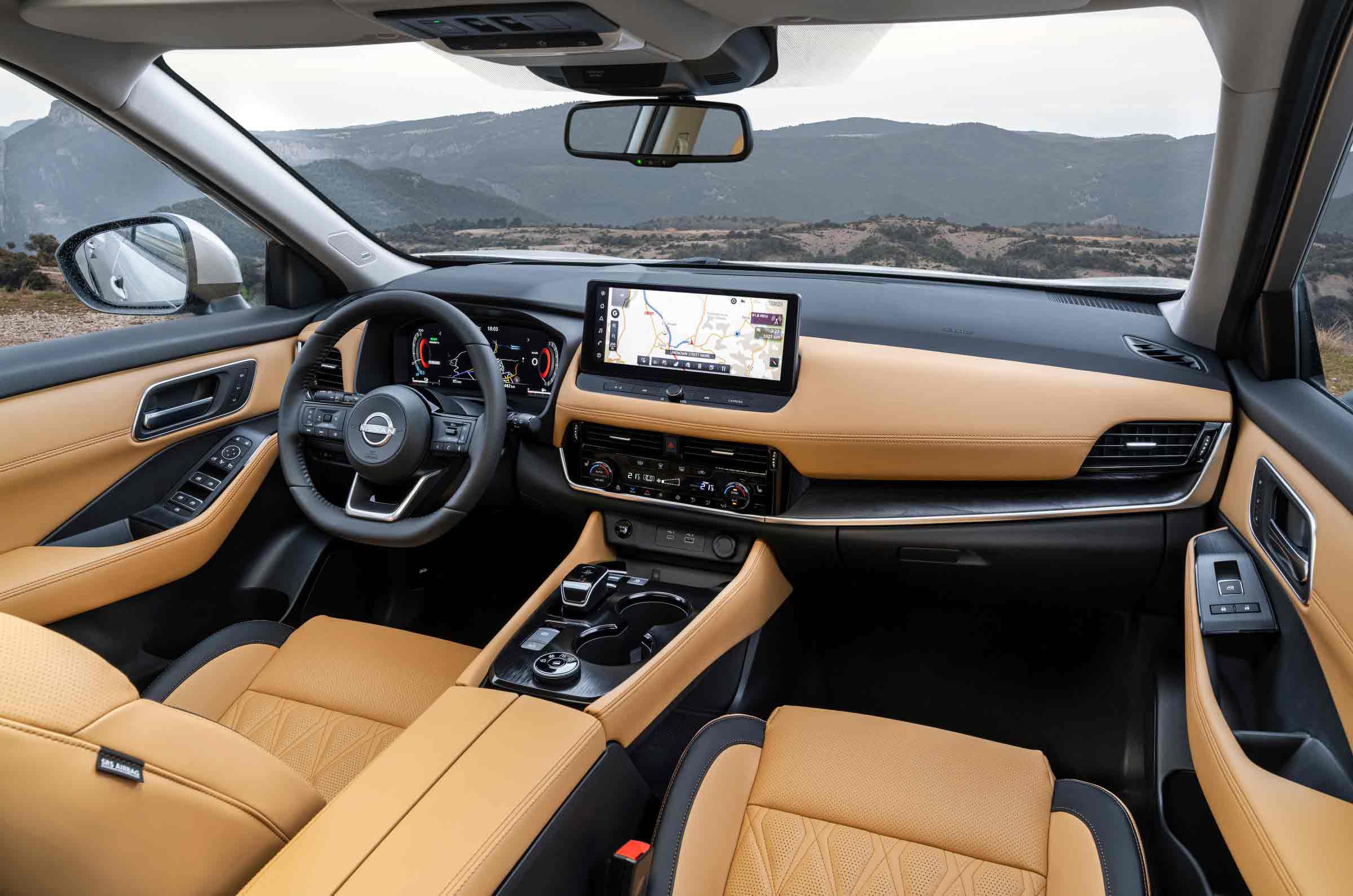 Inside, the new X-Trail looks substantially more upmarket and high-tech than the previous model, and while it offers a new 12.3in central infotainment touchscreen and digital instruments, it also provides sensible physical controls for the air conditioning on the dashboard, along with handy shortcuts for functions such as the sat-nav and home screen. Smartphone mirroring via Apple Carplay and Android Auto is included, as is integration with Google and Amazon smart devices.

Among the X-Trail’s other features is a wireless charging pad for your mobile phone, a plethora of USB ports to keep your family’s devices fully charged, and integrated sun blinds in the rear passenger doors.

As before, the X-Trail is optionally available with seven seats, and Nissan says that the space available for third-row passengers has been ‘optimised’ so that occupants can put their feet under the second row of seats. This should make the new car more competitive with the Hyundai Santa Fe and Kia Sorento on third-row space – the outgoing X-Trail’s rearmost seats were only suited to very short trips 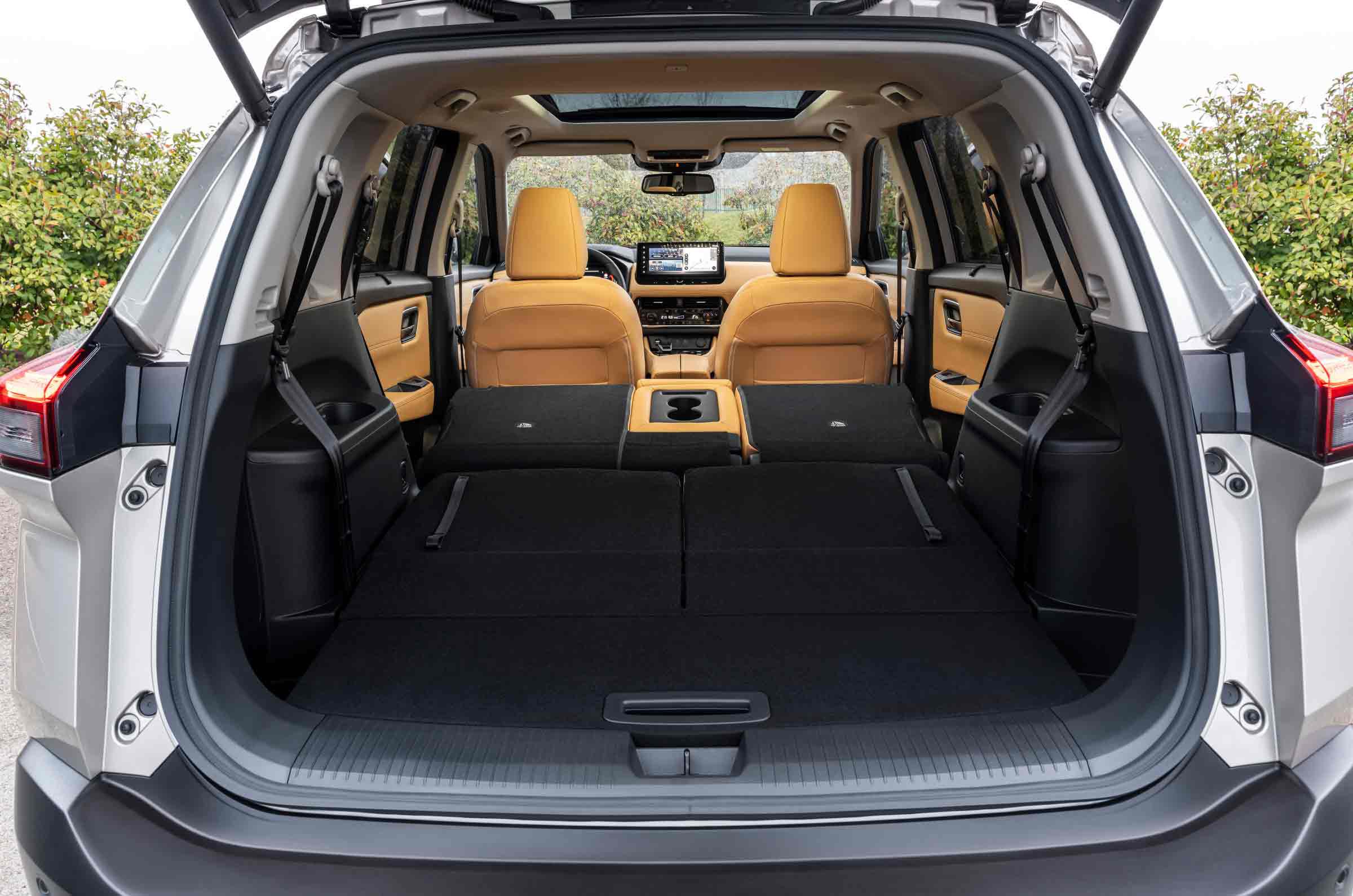 In five-seat form, the latest X-Trail officially has a bigger boot than the Santa Fe, but the Sorento and Peugeot 5008 offer even more luggage room.

Should you need more space, the X-Trail’s second row of seats splits and folds in a 60/40 configuration, or you can load longer items through from the boot via the ski hatch in the middle of the row. This row can also be slid forwards or backwards to prioritise either legroom or boot space. If all seven seats are in use, you should have just enough space for a couple of carry-on suitcases or your weekly shop. 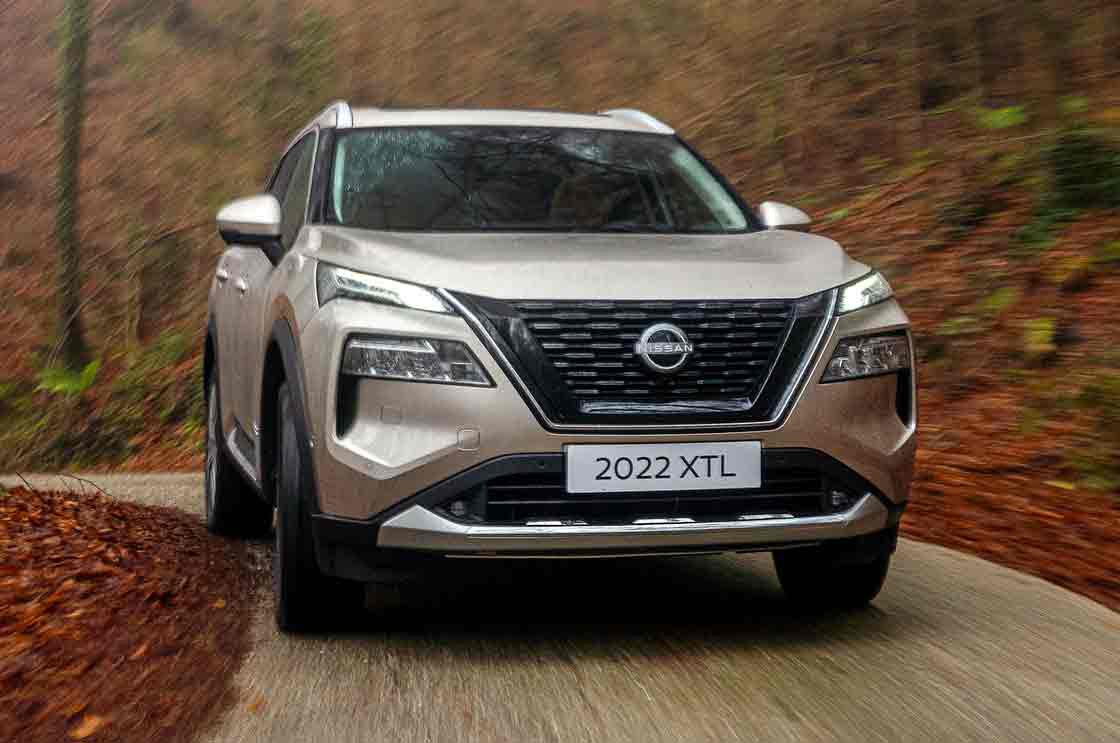 The X-Trail’s driver assistance system enables the car to control its own acceleration, braking and steering within a single lane on the motorway, as well as bringing the ability for it to automatically adapt its speed to suit changing conditions, such as road signs on smart motorways. The system can also intervene if you try to change lanes while there’s a car in your blind spot.

Prices for the new Nissan X-Trail start from £32,030, but choosing the e-Power system, four-wheel drive and seven seats all add a premium across each of the X-Trail’s five trim levels. This means the X-Trail will undercut both the Santa Fe and Sorento, while the 5008 and Skoda Kodiaq are cheaper still.

Read more: Every brand's newest car, and how cheaply you can buy them >>