Our pick of the X3’s engine lineup is the 187bhp mild hybrid 2.0-litre diesel, which is badged as the 20d. It offers strong performance, whether you’re negotiating suburbia or the M1, with 0-62mph arriving in just 7.9sec. In fact, it’s way punchier than the rather lacklustre Land Rover Discovery Sport D180 and will just about see off the impressive Audi Q5 45 TDI in a drag race. The 282bhp 3.0-litre straight-six diesel model (30d) is faster still, and its extra power makes it an even more relaxing car to cover ground in.

Petrol power starts with the 2.0-litre 184bhp unit, called the 20i. We’re yet to try it, but on paper it offers pace that’s similar to the Land Rover Discovery Sport P200, although it won’t quite match the Audi Q5 45 TFSI. There’s also a petrol-electric hybrid version of the X3, called the xDrive30e, with similar pace and range to its main plug-in hybrid rival, the Audi Q5 TFSIe. Officially the xDrive30e will do around 30 miles on pure electric power from a full charge, although in the real world expect that to be more like 15-20 miles depending on how you drive.

The quickest engines in the standard X3’s lineup are the range-topping petrol M40i and diesel M40d. Truly breathtaking pace sees them crack through 0-62mph in 4.8sec and 4.9sec respectively. They’re quicker than anything you’ll find in the Discovery Sport and Volvo XC60 lineup, and will also outgun the performance-focused Audi SQ5 and Porsche Macan S.

If you desire even more performance, then read our dedicated review on the X3 M Competition here.

Passive, non-adjustable suspension is standard on almost every X3 that doesn’t wear an M Sport badge. We are yet to try this setup, but suspect it’ll be more comfortable than the M Sport trim’s stiffer suspension, which gives in a pretty firm ride on most roads. The plug-in hybrid xDrive30e M Sport is the exception; it sticks with the softer suspension as standard, and has a softer edge as a result.

M Sport versions, including the xDrive30e, offer adaptive suspension as an option. This lets you choose between different settings, from softer Comfort through to a firmer Sport Plus mode. This setup delivers the best ride comfort on the X3, but it is expensive because it comes as part of the M Sport Plus Pack. The M40i and M40d models have their own sports suspension setup, with a version of the adaptive suspension system as an option. Both of these are lower and stiffer again, but the adaptive setup has enough adjustment to make it work well on all but the roughest roads. 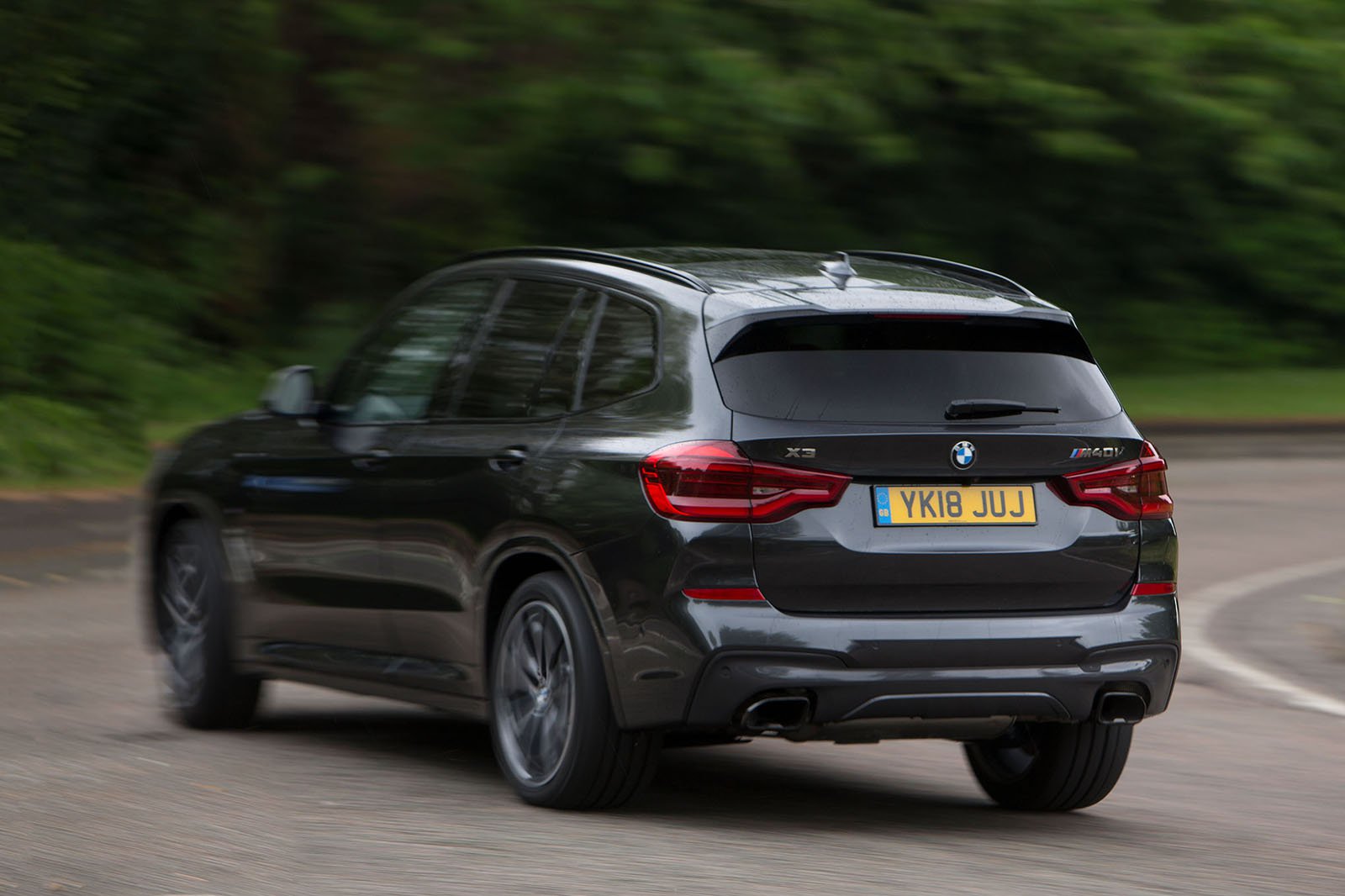 The range-topping M40i and M40d get those letters at the beginning of their name because they have been fettled by BMW’s Motorsport Division, and their bespoke suspension set-up – which we described above – makes them very nearly the best-handling large SUVs on the market. The best remains the Porsche Macan, mainly because of its more communicative steering. But the X3’s is still accurate, and in pretty much every other respect the BMW has the Porsche matched.

In fact, even the regular versions of the X3 are great to drive, feeling very agile with tight body control. The Q5 gets close to the X3 for driver enjoyment, and both are miles ahead of the more roly-poly XC60 and Discovery Sport. Just be aware that the xDrive30e's extra weight (from its battery pack) and softer setup means it leans over a bit more in corners than the regular models.

Although the 20d diesel isn’t the smoothest four-cylinder engine in the class – for that, you’ll want the Q5's 40 TDI – it’s better than the grumbly diesel motors you’ll find in the Discovery Sport. The six-cylinder 30d engine is a different kettle of fish; it’s very smooth, even when you give it some beans.

The sporty M40i can play the role of a raucous performance SUV or, if needs be, a relaxing cruiser, all with just a switch of driving mode. In Sport mode, the exhaust bellows, pops and bangs, yet it is almost silent when you flick it to Comfort mode for relaxed motorway travel. The diesel M40d is similarly versatile, but with a slightly less dramatic soundtrack. At the opposite end of the spectrum is the xDrive30e, which is as quiet as a church mouse when it's running in electric-only mode, and is ever so hushed even when the petrol engine's running.

Road and wind noise are very well suppressed, almost matching the serenity of the Q5 at 70mph, but the bigger wheels fitted to sportier versions add more drone on coarse roads. All models get a fantastic eight-speed automatic gearbox that is among the smoothest examples out there in the large SUV class.