The RAV4's front leg and head room are fine, but if you’re really long in the leg or body you might want to try the Honda CR-V or Kia Sorento as they are both more spacious overall. The Toyota has a wide interior so you won’t feel your passenger encroaching into your personal space.

There are lots of storage options, including a cubby under the front armrest, decent-sized door bins, a couple of cupholders and trays for keys or your phone in the dashboard.

The Toyota RAV4 is a big car, dwarfing the Nissan Qashqai and Seat Ateca, so you won't be haunted by groans of discomfort from your back-seat passengers.

True, the limo-like Honda CR-V and the Kia Sorento are even more accommodating, particularly when it comes to leg room, but the RAV4 is roomier in the back than the Mazda CX-5.

There isn’t a seven-seat option for the RAV4, so if you need to carry more than five people, consider the brilliant Peugeot 5008, or altogether larger models such as the Sorento. 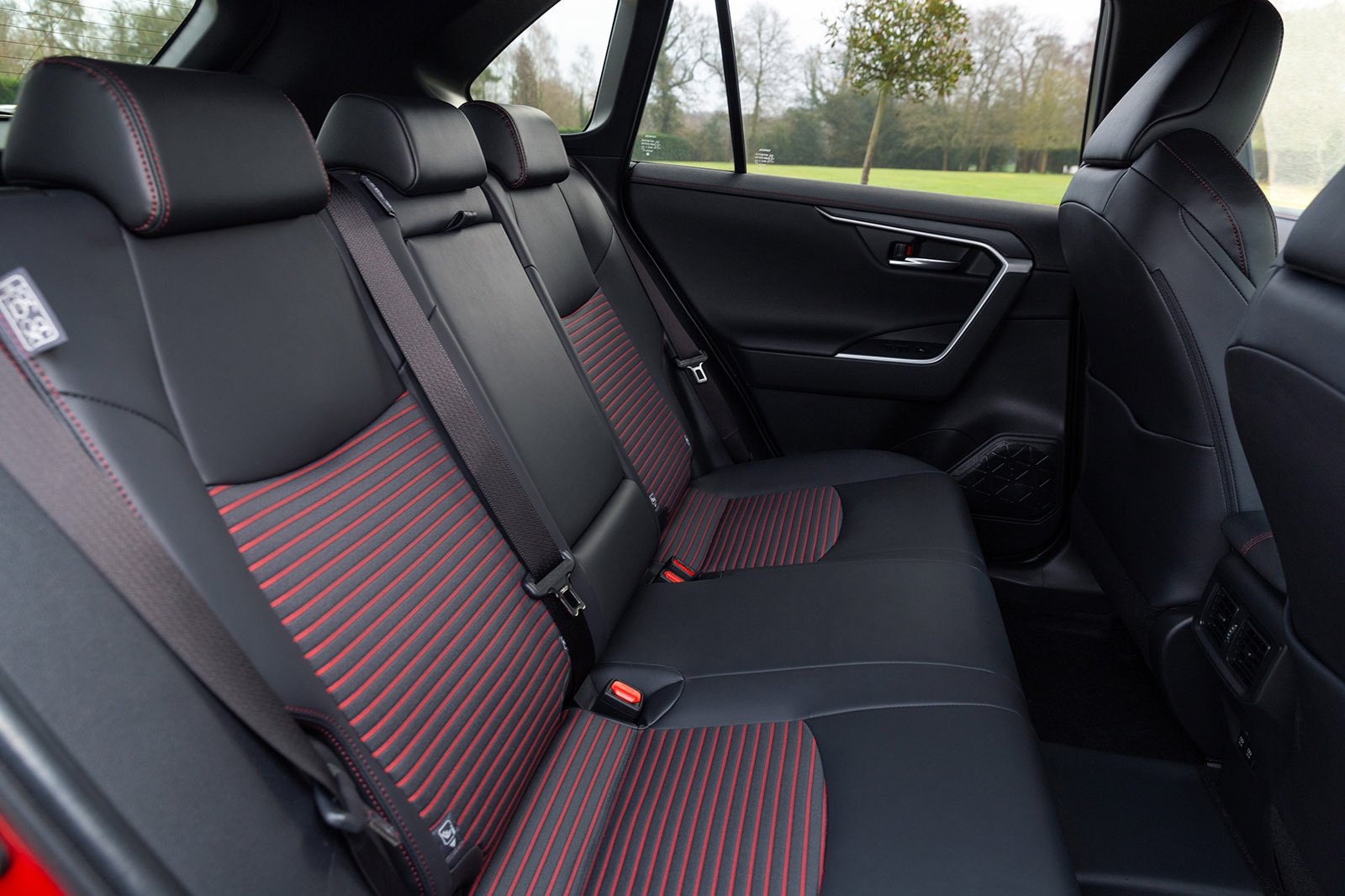 A lot of rivals in this class come with sliding and reclining rear seats, but the RAV4’s only recline. They are also split 60/40, which doesn’t offer the greatest flexibility when it comes to seating passengers while carrying longer or bulkier loads. A better option is the 40/20/40 split you get in a Peugeot 5008 or Mazda CX-5.

Another feature missing from the RAV4 is a set of handles in its boot to unlock and fold the rear seats. You get these in the 5008, Honda CR-V and Kia Sorento, and they’re a nice addition if you’re at the boot and realise you need more space.

In the RAV4 you have to put down whatever it is you’re trying to load, walk round, open the rear doors and release the seatbacks by pulling levers next to the rear headrests. It’s a small detail, but this sort of thing can often make all the difference.

The Toyota RAV4 has a bigger boot than most of its rivals. In our tests it managed to swallow an impressive 10 carry-on suitcases below its tonneau cover with the rear seats in place. That's the same as the Peugeot 5008 and Kia Sorento, one more than the Honda CR-V Hybrid and two more than the Mazda CX-5.

You can, of course, fold down the rear seats when you need extra space. This creates an enormous load bay that's perfect for a trip to the tip. The rear seatbacks lie at a slight angle, which isn't a big problem, but the CR-V Hybrid has a flatter extended load area.