We usually celebrate automotive innovation at What Car?, but when it comes to these options, we reckon you should save your money...

Continuous invention and innovation has been a boon for cars. 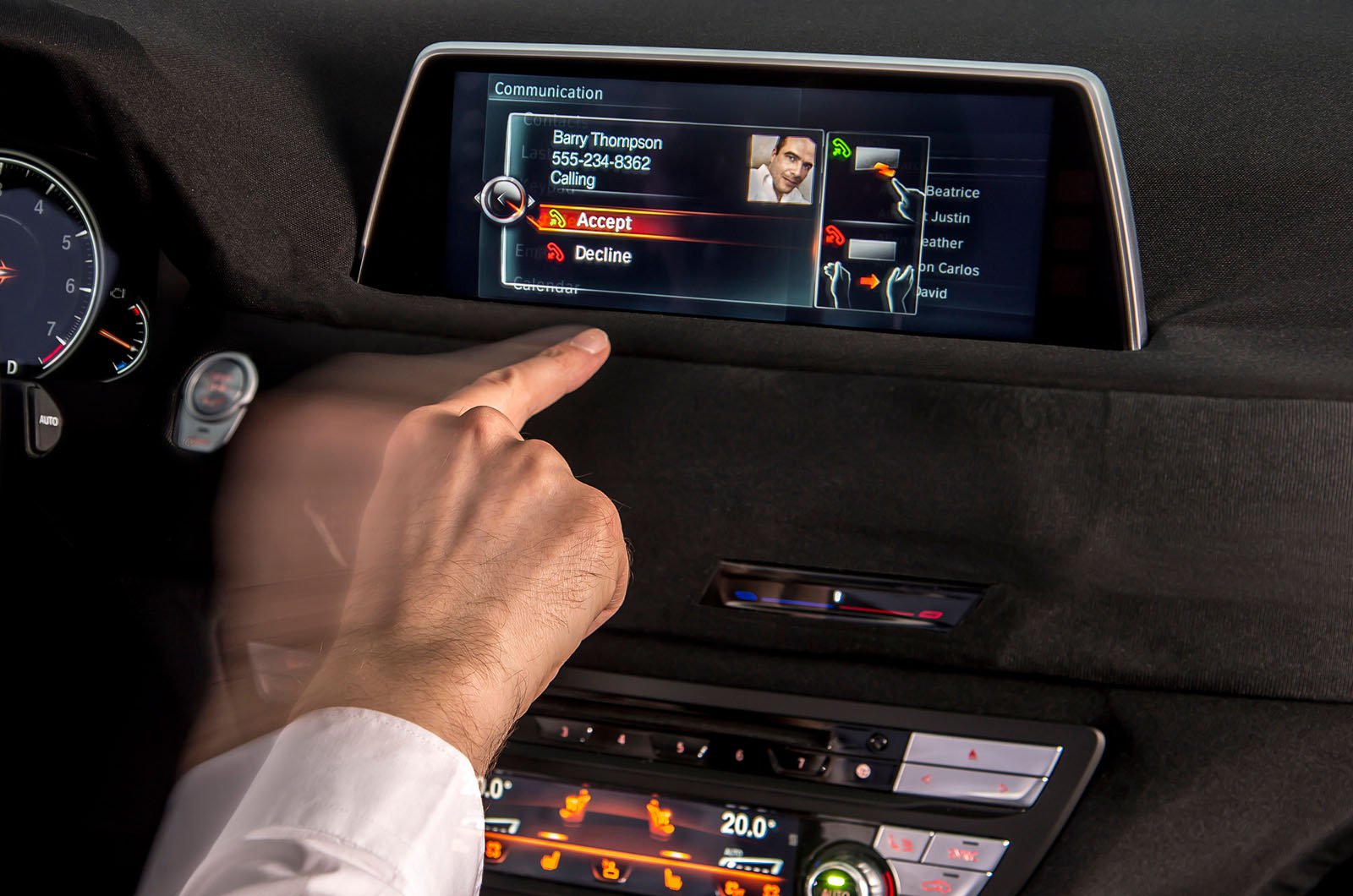 After all, it has helped cars to become safer, more efficient and easier to use than ever before, for the most part. But there are some technologies we don’t think you need, and what’s worse, some can cost you a fortune. These are the options we think you should avoid.

Slideshow story - please click the right-hand arrow above to continue: 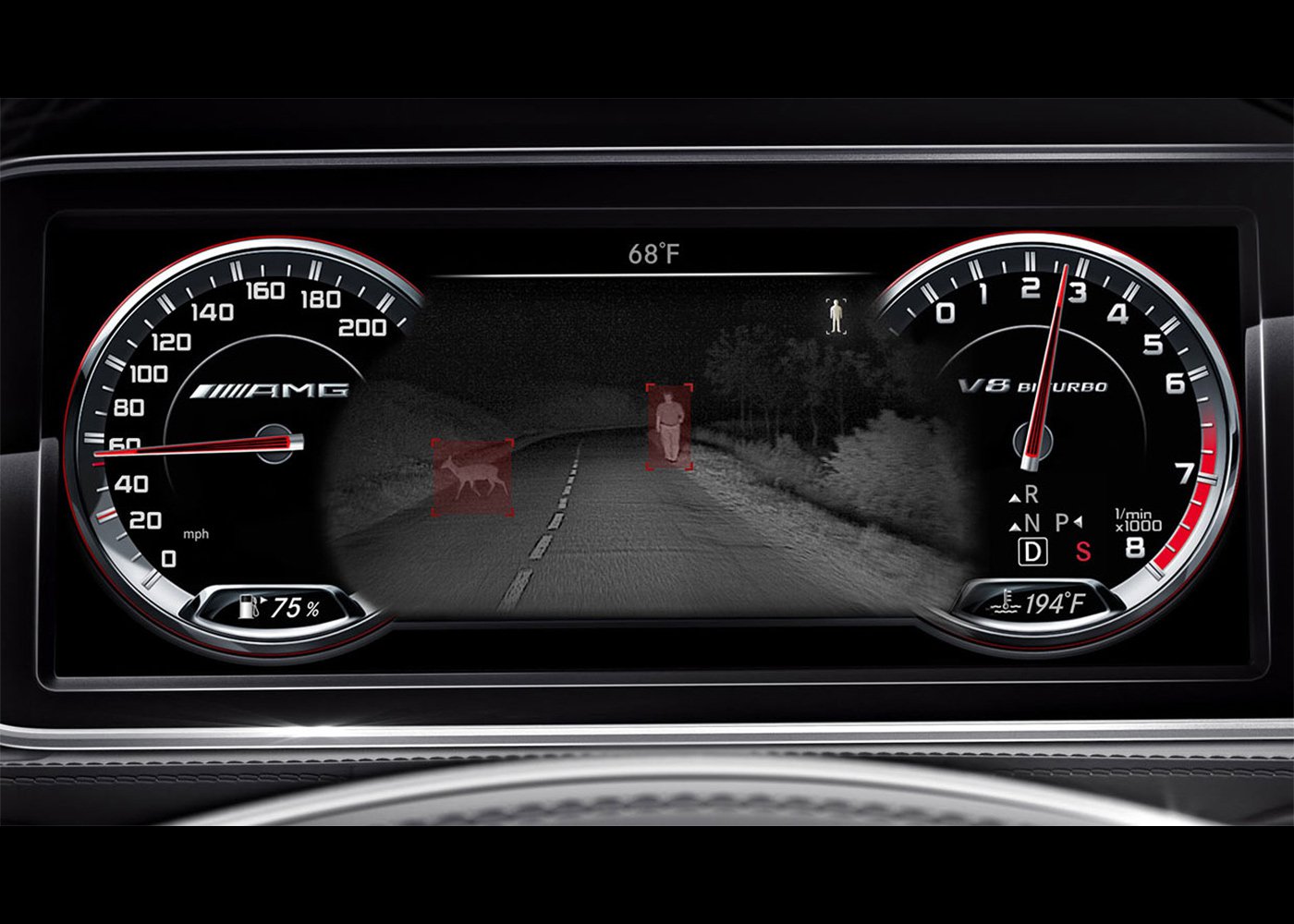 The British comedian and sometime car writer Alexei Sayle once tested a Mercedes S-Class, the first car he'd driven with Night Vision. The system beamed an infra-red view of the road ahead onto the dashboard, in theory highlighting hazards before he could actually see them. But he couldn’t really see the point of it, and we would also add that it’s almost always better to keep your eyes on the road than the dashboard, in the final analysis.

But he did toy with the idea of switching off the car’s lights and turning it into a sort of ‘stealth bomber’ - he could see out but nobody could see it. Mercedes had thought of that particular idea, and the system very rightly switched itself off. Foiled again. Seriously, though, many cars from companies like Audi, BMW and Porsche as well as Mercedes have such systems today, but they’re usually hugely expensive - £2250 for the S-Class, for example.

But you hardly ever see the item on equipment lists on used cars in listings, which suggests that few buyers are persuaded. We’re not surprised. It could be such technology will be utterly vital to self-driving car technology, but until then, count us out. 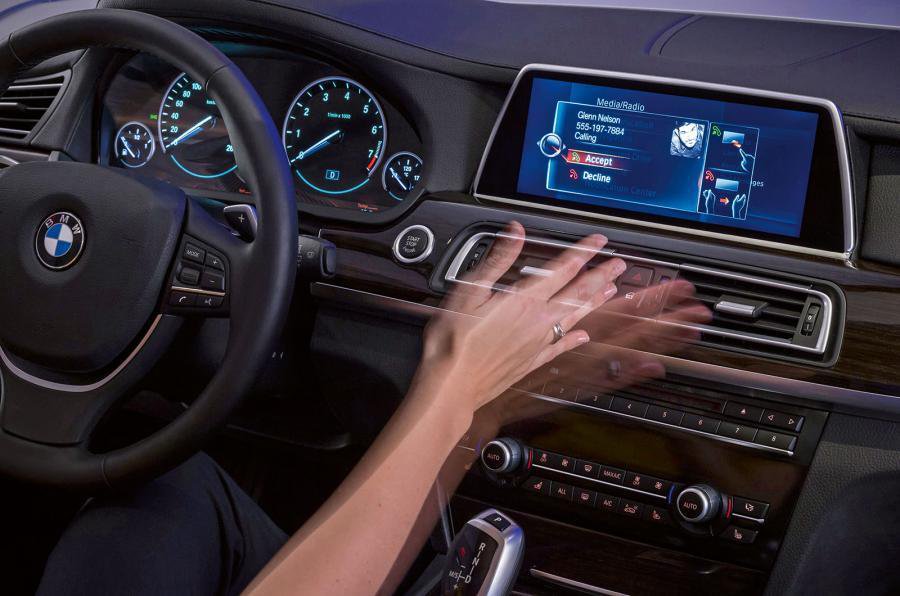 This technology has begun appearing in the past few years, notably in the BMW 5 Series, in which it costs £160 when not installed as standard. The idea is that you just make a pointing motion with your fingers rather than having to press a button. Not a bad idea in theory, but not good in practice.

More often than not you’ll find yourself inadvertently turning down the radio when you’re simply scratching an itch on your face.

We fail to see the advantage of twirling your hands around in mid-air rather than just twirling a nob - complete with tactile feedback - either on the dashboard or indeed steering wheel. For now at least, gesture control seems to be a solution in search of a problem. 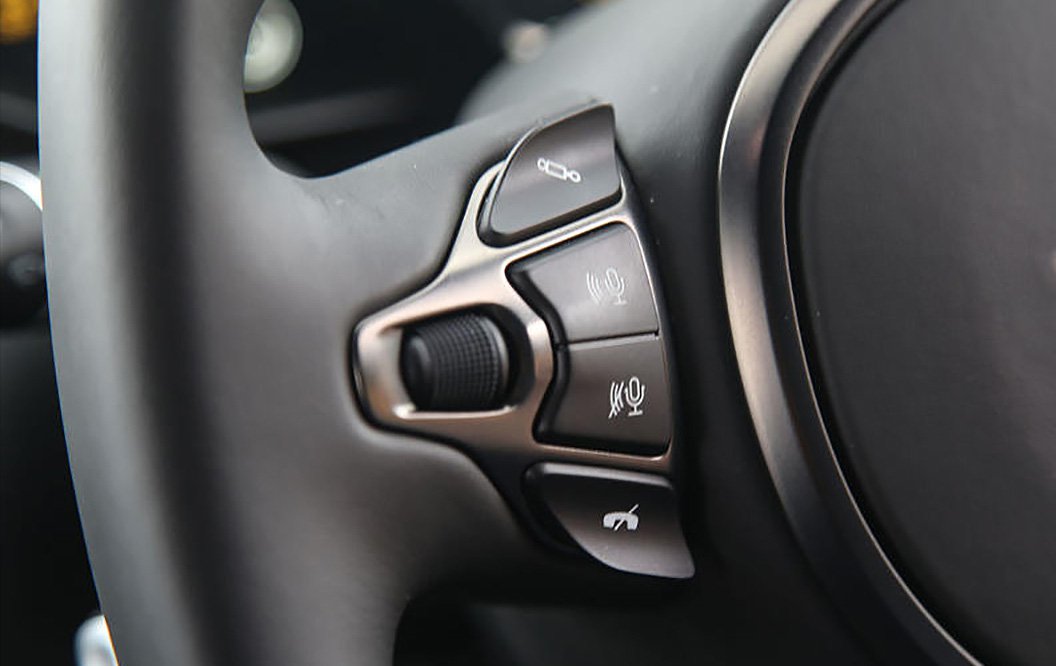 Voice control has been around for about 20 years, but most systems can get stuck easily. Often one seems to find oneself asking the car to do something, only for it to phone some random person in your contacts – usually, awkwardly, someone you haven’t spoken to in years.

Voice control is increasingly a standard fitting whether you like it or not, as part of car companies’ efforts to make their cars safer and more intuitive. The advent of much more effective systems powered by the likes of Amazon’s Alexa may greatly improve things – and about time too. 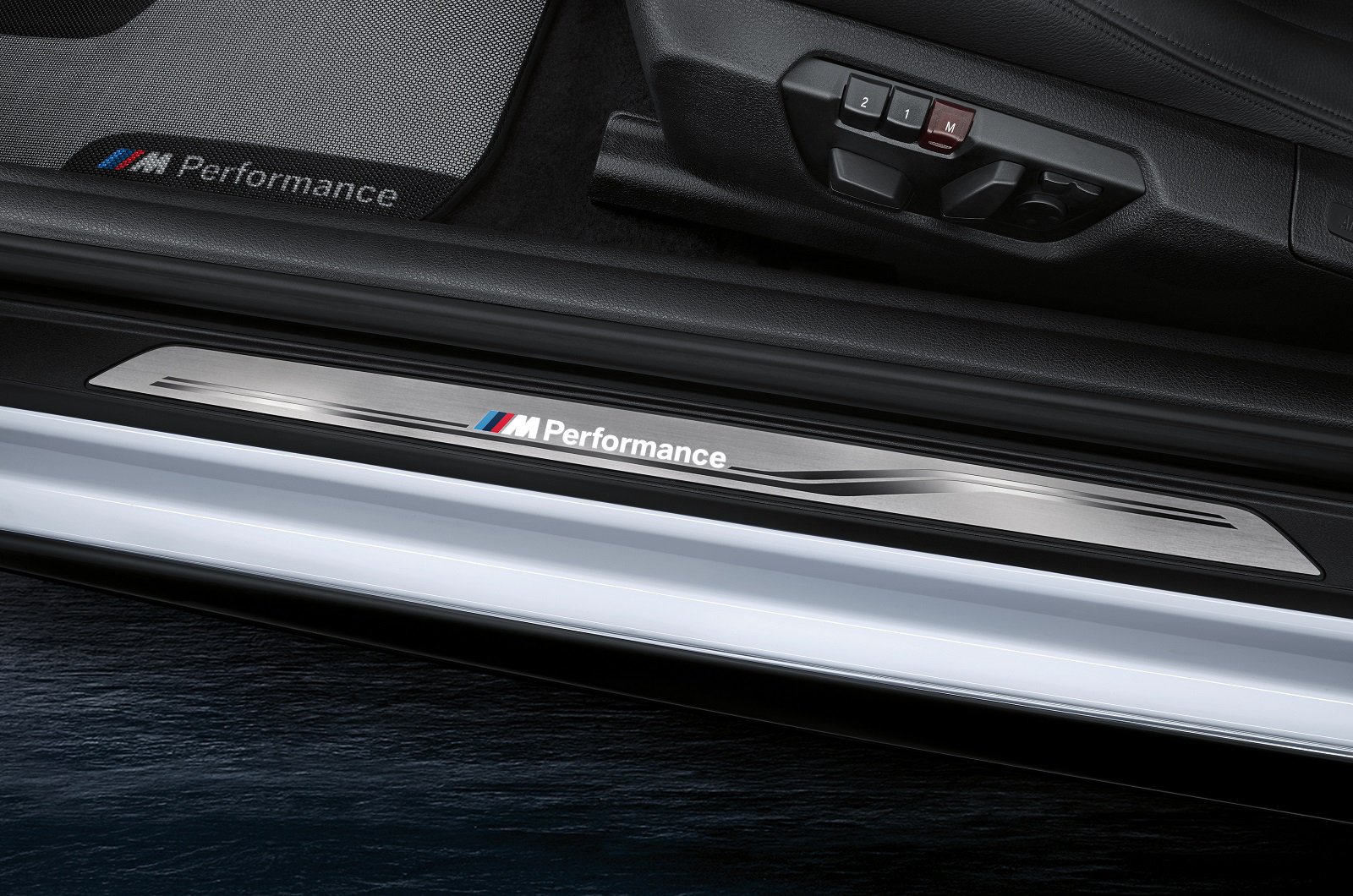 We’ve rarely opened a car door, looked at the sill and thought “We wish this thing lit up.” Illuminated sill plates work well on some futuristic concept cars, but on a production model they amount to another gimmick. How much? Well, for example, they cost £151 on the Vauxhall Crossland X family SUV. 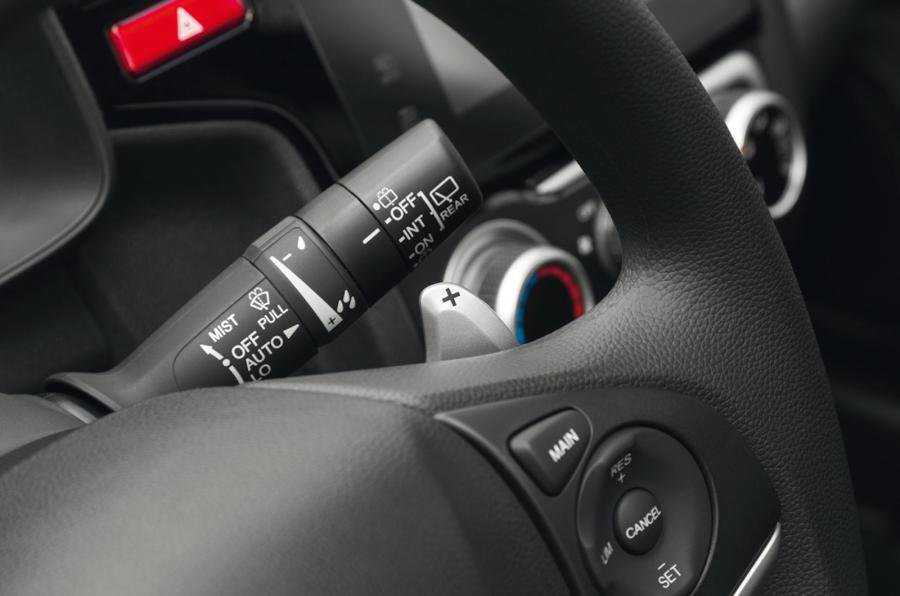 By definition and design, a continuously variable transmission (CVT) has no gears. And yet, some of the companies who use this technology (including Subaru) make cars with shift paddles that let the driver select six, seven or sometimes eight fixed ratios to mimic the gears in a traditional automatic Gearbox.

Car makers fumble to explain that the steering wheel-mounted paddles add a degree of familiarity that motorists like while getting rid of the rubber band-like acceleration that plagues many CVT-equipped cars. Why not use a conventional automatic, then? 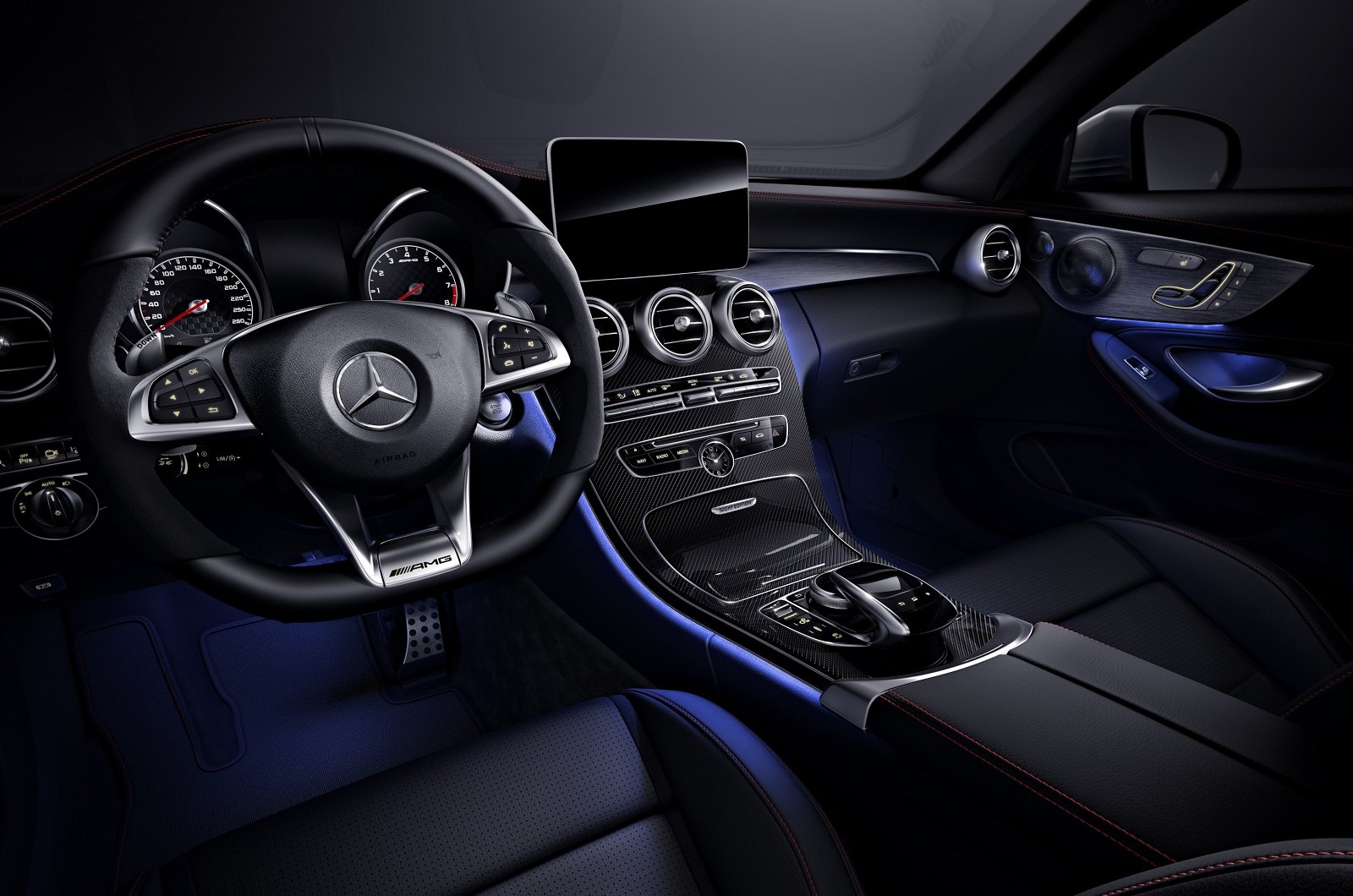 We understand why you might want ambient lighting in, say, a large limousine like the Audi A8. Having the trim on the dashboard and on the door panels light up at night is unnecessary in a Volkswagen Tiguan, though. Depending on the shade selected, ambient lighting reminds us of a 1980s nightclub or of the emergency aisle lights that direct passengers to the nearest exit in an aeroplane.

The rise of LED technology in the mid-2000s helped make ambient lighting popular and it’s found in countless cars in 2019. Some companies are worse offenders than others. For example, Mercedes-Benz offers up to 64 different shades of ambient lighting in the A-Class, but it will cost you, because it’s part of the £3000 Premium Equipment package. 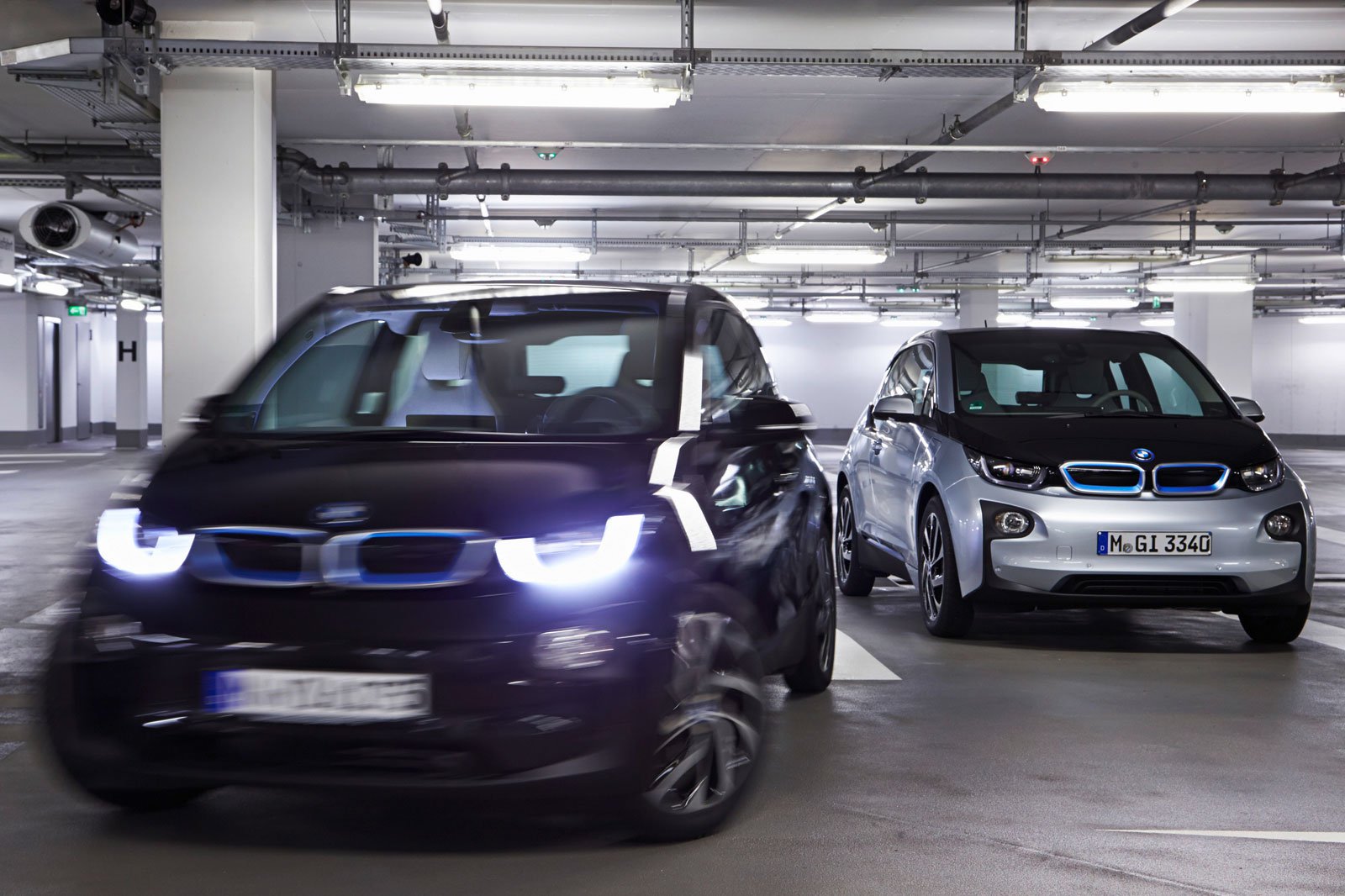 Parallel parking is one of the most dreaded yet essential elements of driving tests around the world. Creating a system that could remove this skill seemed like a great idea and Toyota was the first to introduce it on a production car in 2003 on its Prius, though the notion is rooted in the 1930s. Early attempts used wheels that swivelled through 90 degrees so the car could slide sideways into a space, while more recent efforts simply mimic a driver’s parallel park manoeuvre.

While this driver aid might seem like a godsend to those who find parallel parking a challenge, the reality is most of these systems require a fair degree of driver input. First off, you still have to find a parking spot, either by yourself or slow right down so the car can decide if the space is big enough for itself. Then you have to engage the system and most require you to operate the pedals or hover over them for safety. By the time you’ve done all this, any decently skilled driver will have parked, locked up and walked away. How much? Well, the option costs £1090 on the Nissan Leaf, for example. 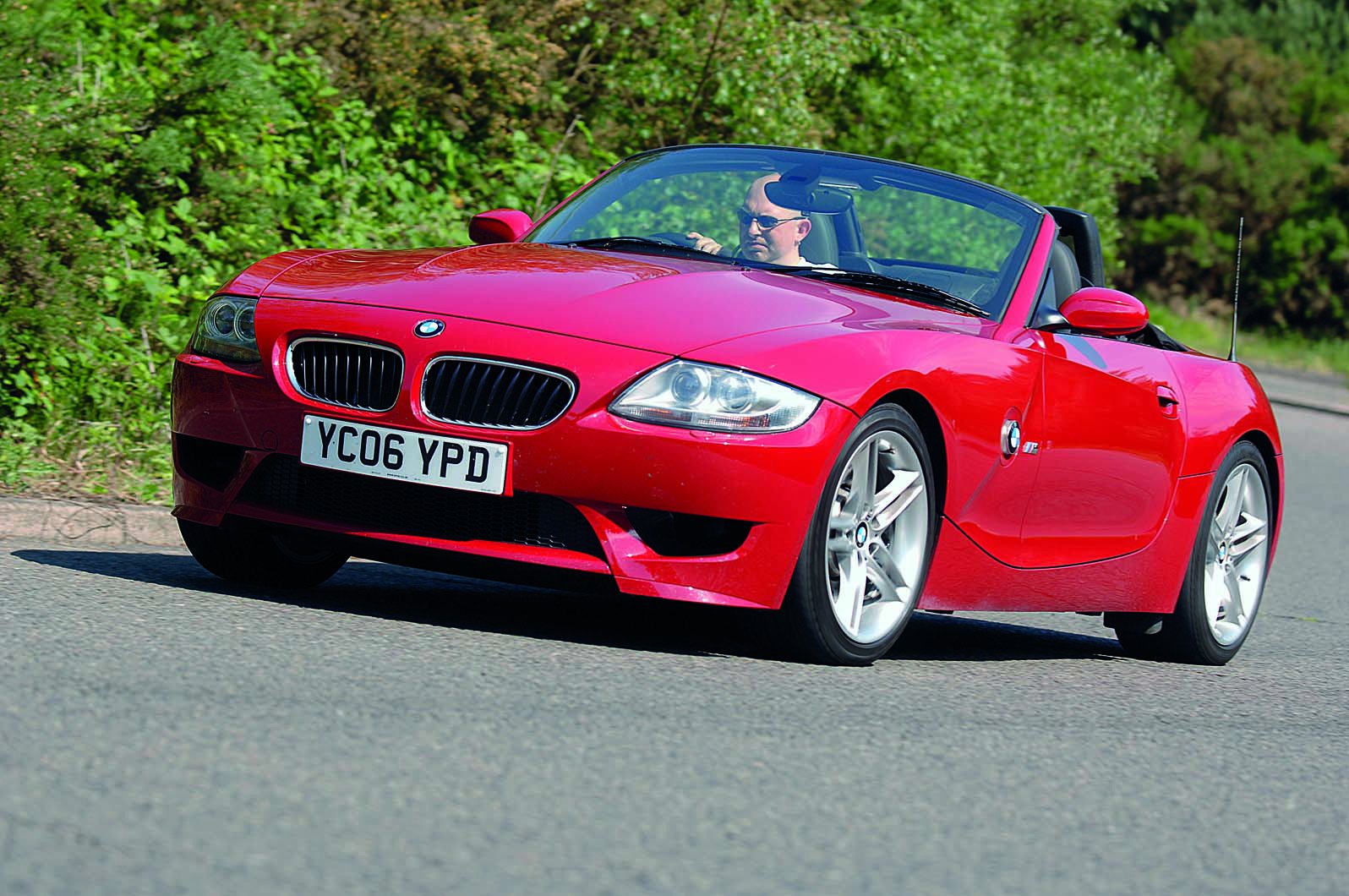 Run-flat tyres, or puncture-proof ones, have been with us since the 1930s, yet it wasn’t until the BMW Z4 of 2002 that they came into the mainstream. BMW embraced the idea because it freed up space in the cramped Z4’s boot by doing away with the need for a spare wheel. This was carried through to the 2004 BMW 5 Series, which was a brilliant car but often criticised for the ride quality on its run-flat tyres.

Fast-forward to today and run-flat technology has improved and issues with ride quality have been addressed to a large extent. However, many car makers don’t bother with these tyres and also don’t offer a spare wheel to save weight, space and emissions. While modern tyres are very puncture-resistant anyway, and you get a can of sealant to get you home in the event of small punctures, where’s the need for run-flats? 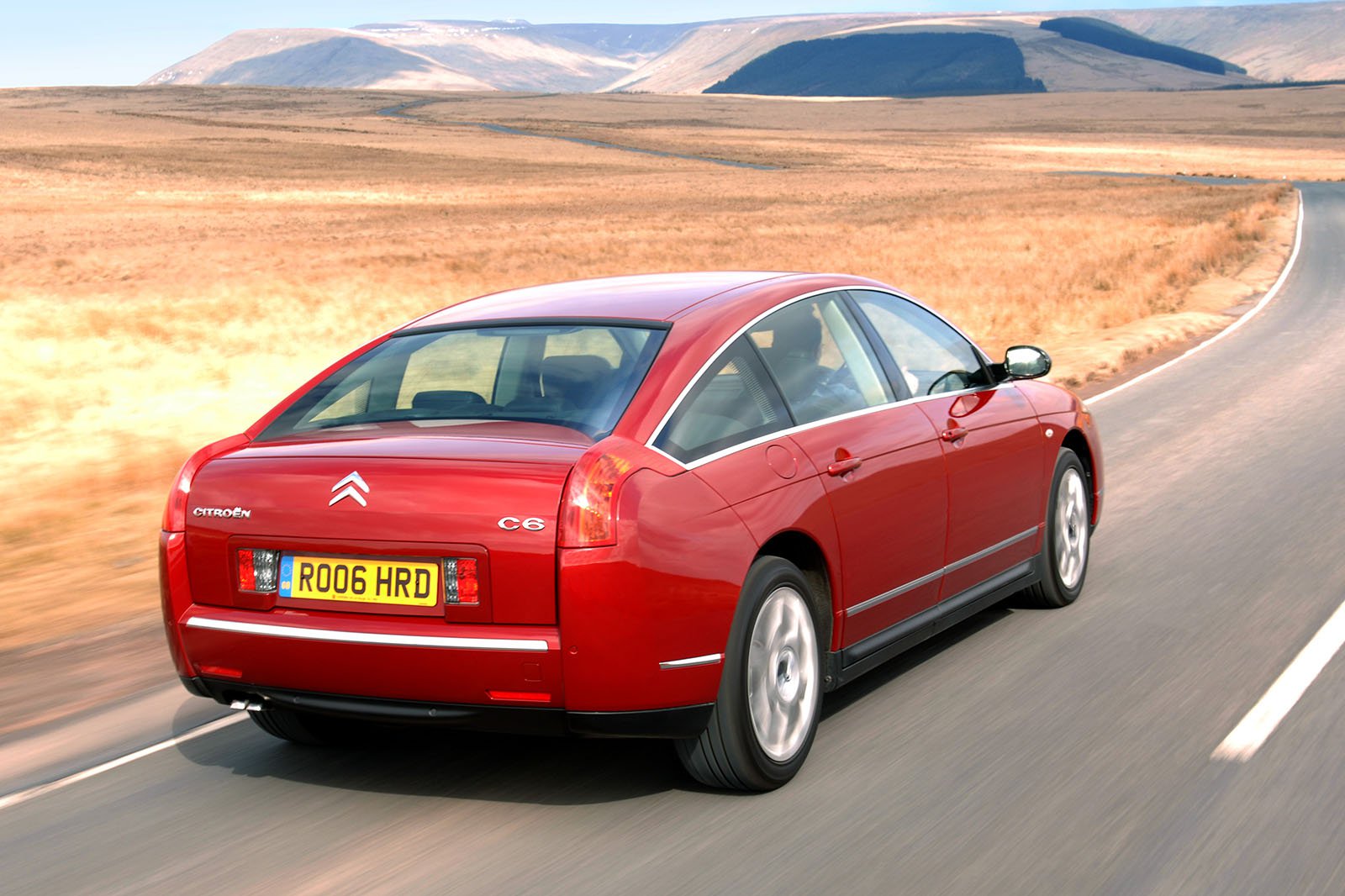 As with many safety systems, Mercedes was first out of the blocks with a lane-keeping assistant in 2000. It was used on its Actros heavy trucks, which makes perfect sense when you have a vehicle that can use up the full width of a normal lane. Several others dabbled with the technology, but it was Citroën which made it popular with its C4, C5 and C6 (pictured) models in 2005.

Our grouse with this technology is two-fold. Firstly, car makers don’t really want you to switch it off, so they routinely bury the way to disable it in sub-menus and configure the car so it resets with lane assist back on every time you start the car up.

Another gripe is, if you drive regularly on narrow country roads, you either have to suffer those insistent buzzes and steering wheel vibrations warning you the car is over a line or dig into the infotainment system to disable it. As someone who takes care to drive on the correct side and slows down for oncoming vehicles on narrow roads, this is just nannying taken too far. 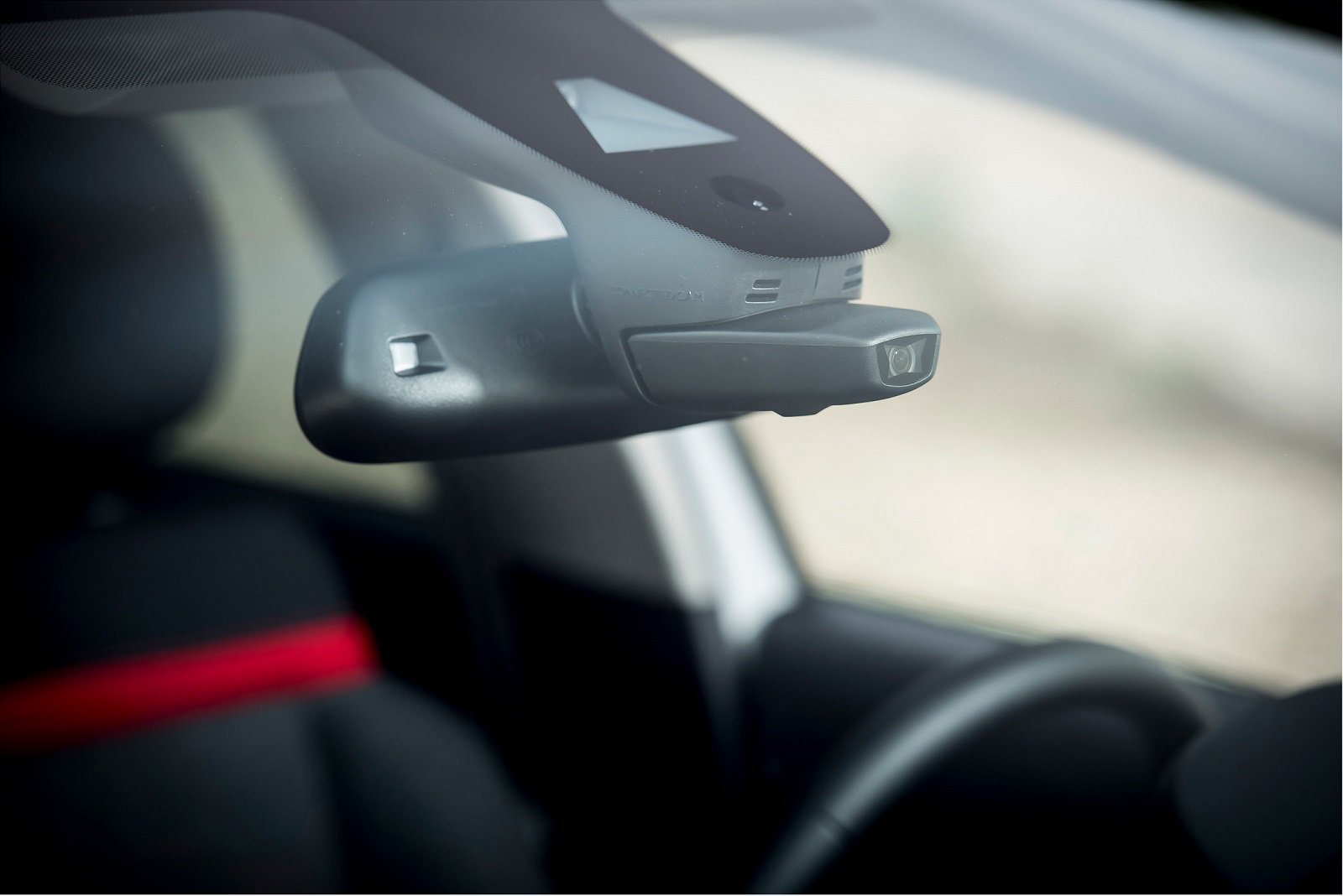 Dash-cams have become huge business and where would we be without so many YouTube videos pointing out other drivers’ poor standards? They also have a very practical role to play in establishing liability for insurance purposes and capturing dangerous driving to aid the police. All of this is very ably managed by dash-cams that sucker to the windscreen or with a mobile phone and app. Integrated dash-cams are just not needed.

There are a few new cars with built-in dash-cams available, notably Citroën’s ConnectedCam system, available on the C3 Hatchback and C5 Aircross SUV. Why pay the extra, though, when for much less you can have an aftermarket camera that’s just as good and is easy to swap between cars? Like furry dice, this is one gadget car makers have to accept the aftermarket has cornered.

We hope you enjoyed this story. To easily access more like it, why not sign up to receive our email newsletter? What Car? is the UK’s biggest car-buying brand and has been helping Britain’s car buyers make purchasing decisions for over 40 years, and the newsletter will keep you up to date with all our latest stories. And signing up takes less than 30 seconds. Click here to sign up