Don't buy a new car until you've read this – our ultimate guide to the new models coming in 2022... Nightclub bouncers can be an aggressive, shouty breed, but every so often you come across one that takes care of you, and puts you in a cab to get you home safely if you’ve had a heavy night. The facelifted Volkswagen T-Roc small SUV would be that sort of bouncer, because it looks more muscular than ever but should retain the cosseting ride that has always been a key part of the car’s appeal.

Styling changes include chunkier bumpers and a new light bar that runs through the front grille. Meanwhile, LED headlights are now standard, and you’ll be able to pay extra for units that shape their beams to avoid blinding oncoming traffic.

Inside, the traditional instruments have been replaced with a configurable 8.0in digital display, which can be upgraded to 10.3in. The infotainment touchscreen is available in either 8.0in or 9.2in form, and it now sits atop the dashboard rather than in it, so you don’t have to take your eyes as far from the road to use it. New features include wireless connectivity for Android and Apple phones, plus an in-car wi-fi hotspot. 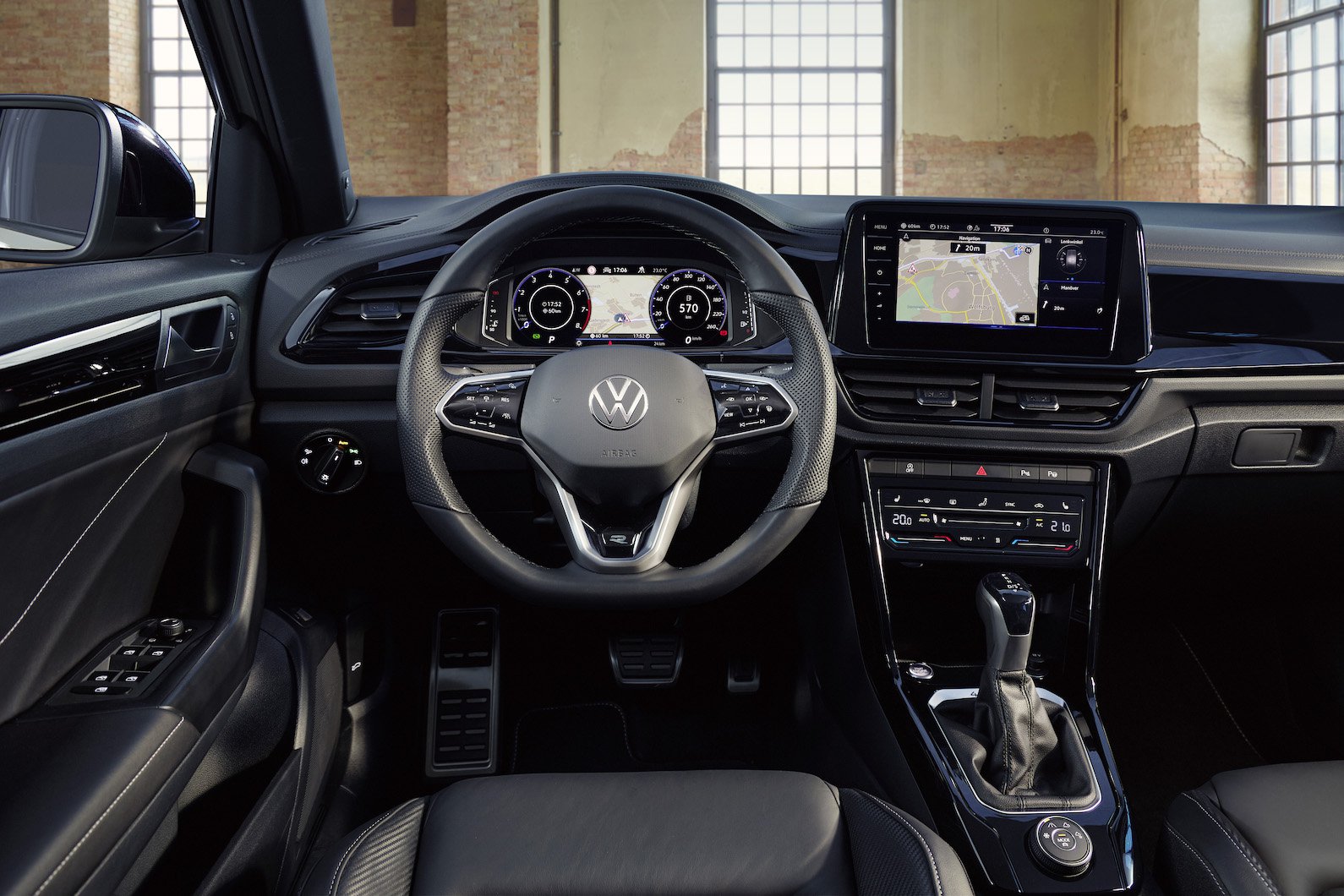 Sadly, the outgoing car’s physical climate control knobs have been replaced with touch-sensitive buttons and sliders, which are more difficult to use. But because the T-Roc’s size is unchanged, it will still seat five people in reasonable comfort and swallow up to seven carry-on suitcases in its boot (six on four-wheel-drive versions).

Sadly, the outgoing car’s physical climate control knobs have been replaced with touch-sensitive buttons and sliders, which are more difficult to use. But because the T-Roc’s size is unchanged, it will still seat five people in reasonable comfort and swallow up to seven carry-on suitcases in its boot (six on four-wheel-drive versions).

The engine line-up is also unchanged, so the 109bhp 1.0-litre petrol unit will remain our pick, striking the best balance between performance and affordability. It’s only if you tow or regularly drive long distances that you might want to consider choosing one of the 2.0-litre diesels instead. 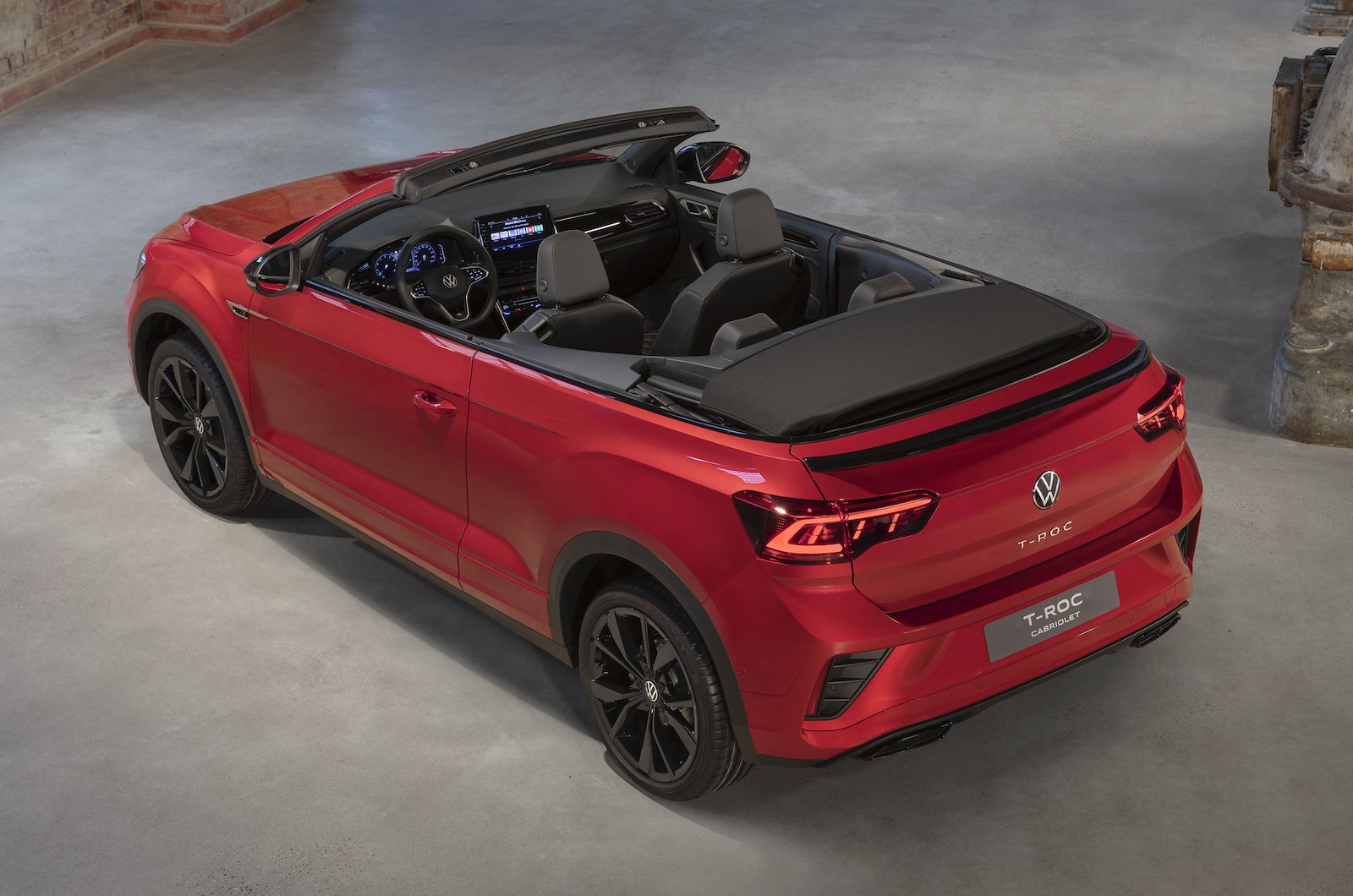 New driver aids allow the T-Roc to control its acceleration, braking and positioning on the motorway, although you need to remain alert with your hands on the steering wheel.

Prices will start from around £26,000 – a £1500 increase over the outgoing car but still in line with what you’ll pay for an equivalent Ford Puma or Toyota Yaris Cross.

The T-Roc Cabriolet and T-Roc R sports SUV will benefit from the same changes and cost from around £30,000 and £43,500 respectively.

Read our full review of the current Volkswagen T-Roc >> 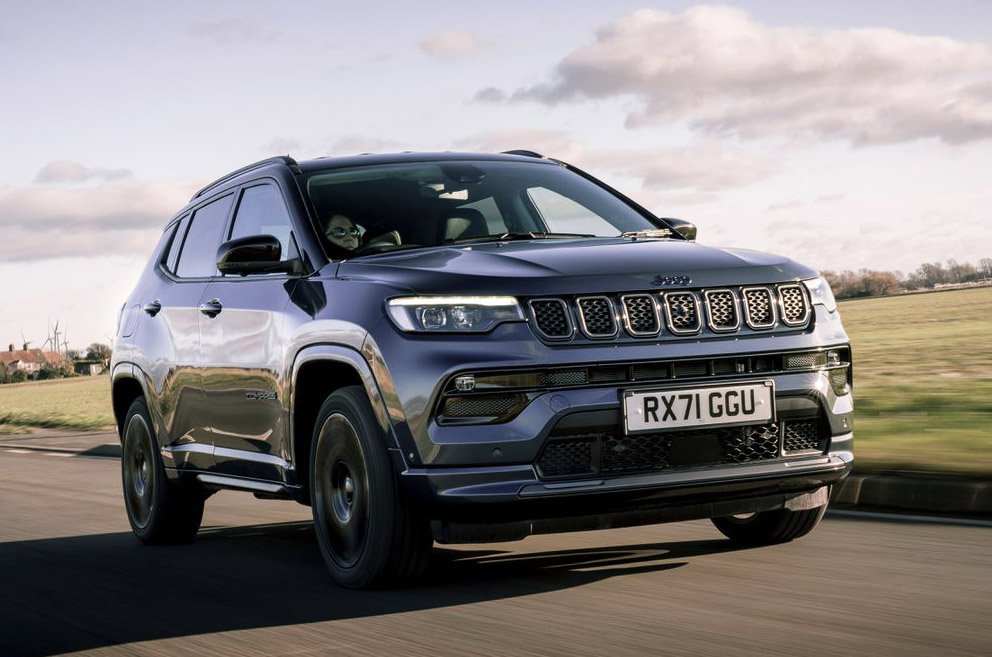 Jeep is refreshing its Compass family SUV, including introducing the option of plug-in hybrid power for the first time. The car’s technical details have yet to be revealed, but we’d expect an electric-only range of at least 25 miles between charges. Other features include a new 10.25in digital instrument cluster and a more efficient 1.3-litre petrol engine. 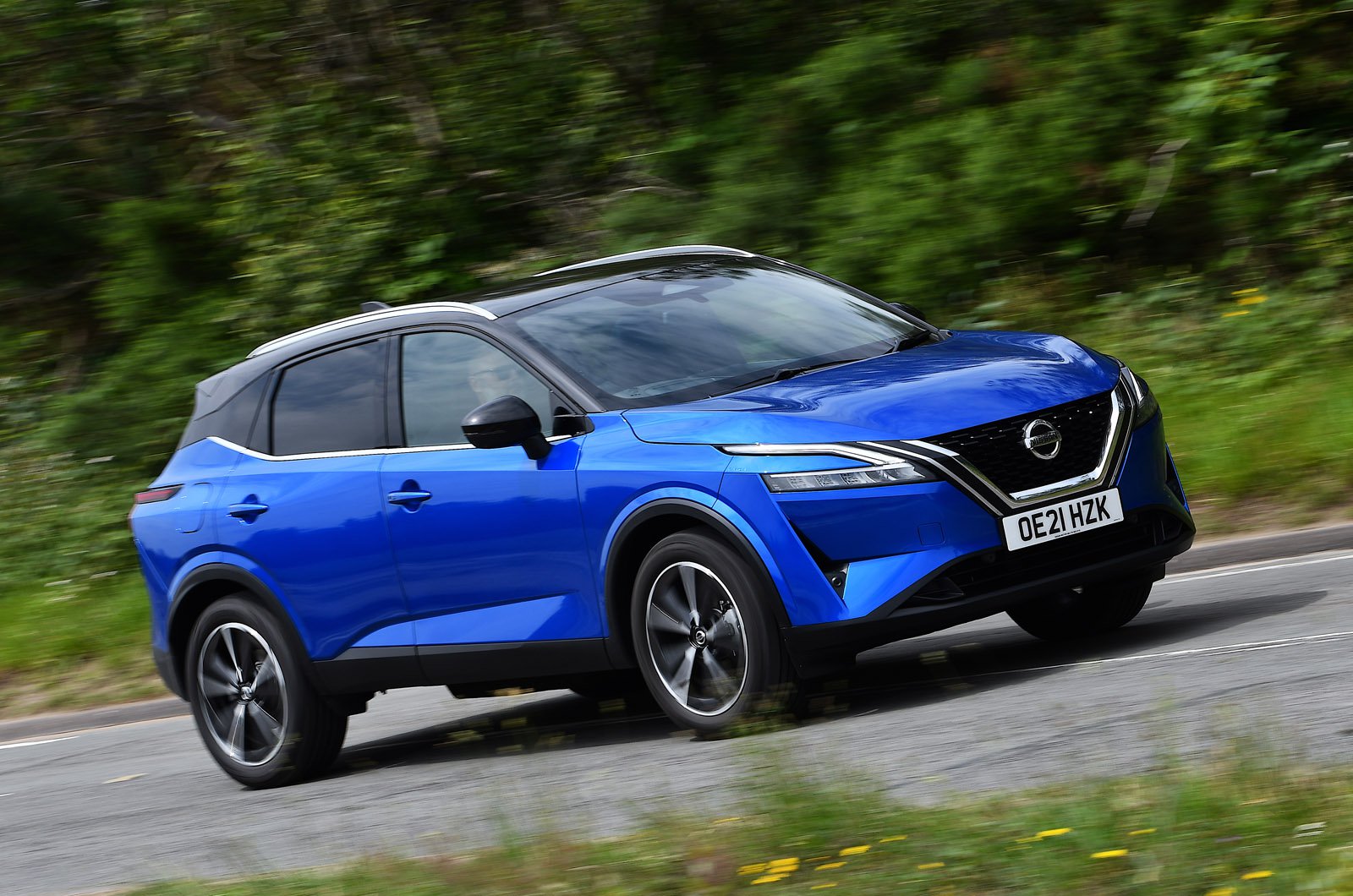 We’ve been impressed with Nissan’s new Qashqai so far, and the best could be yet to come. E-Power versions will feature a 1.5-litre petrol engine and electric motor, with the former acting as a generator for the latter. The result is an electric car you don’t have to plug in. 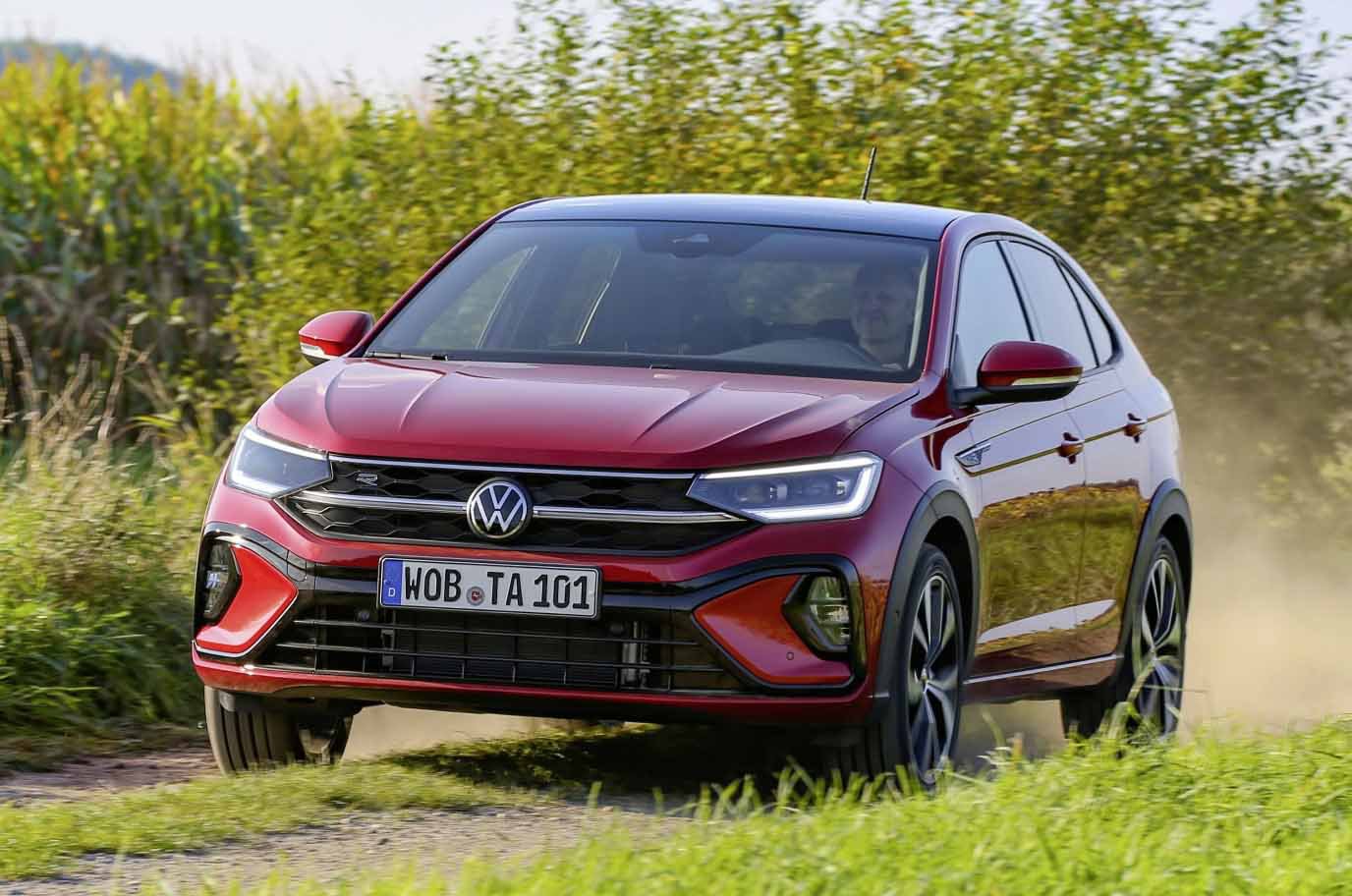 The Taigo is Volkswagen’s smallest coupé SUV and will arrive with the option of three petrol engines – including the 94bhp 1.0-litre unit we recommend in the closely related T-Cross. The interior will be familiar to Volkswagen T-Cross drivers, featuring the same standard 8.0in digital instrument cluster and 6.5in infotainment touchscreen as that car. 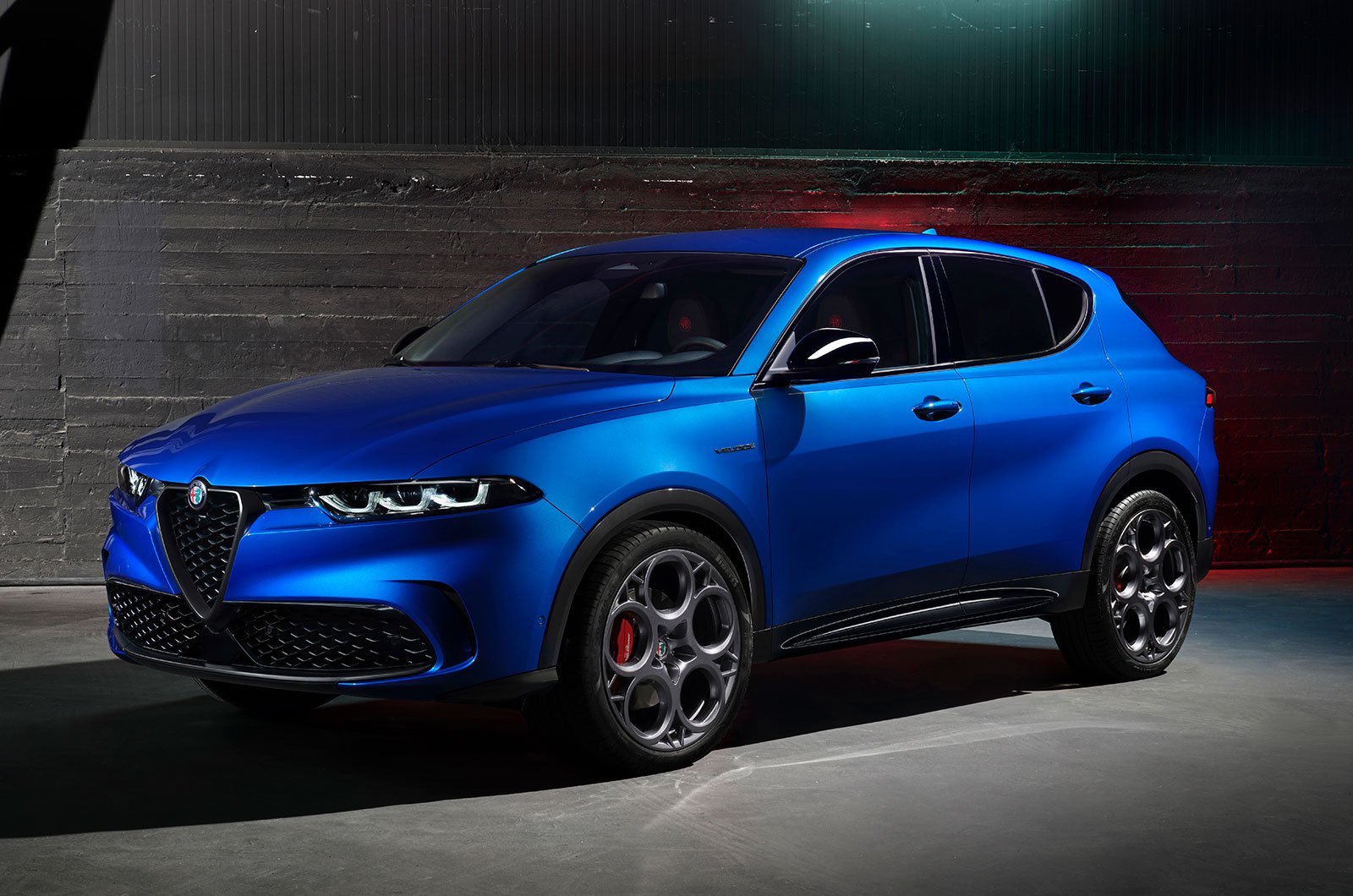 This plug-in hybrid family SUV is expected to combine a 1.3-litre petrol engine with an electric motor, and should be able to travel at least 30 miles on electricity alone. Expect an exterior design similar to the concept car pictured above, and a high-end interior designed to rival the BMW X1, Range Rover Evoque and Volvo XC40. 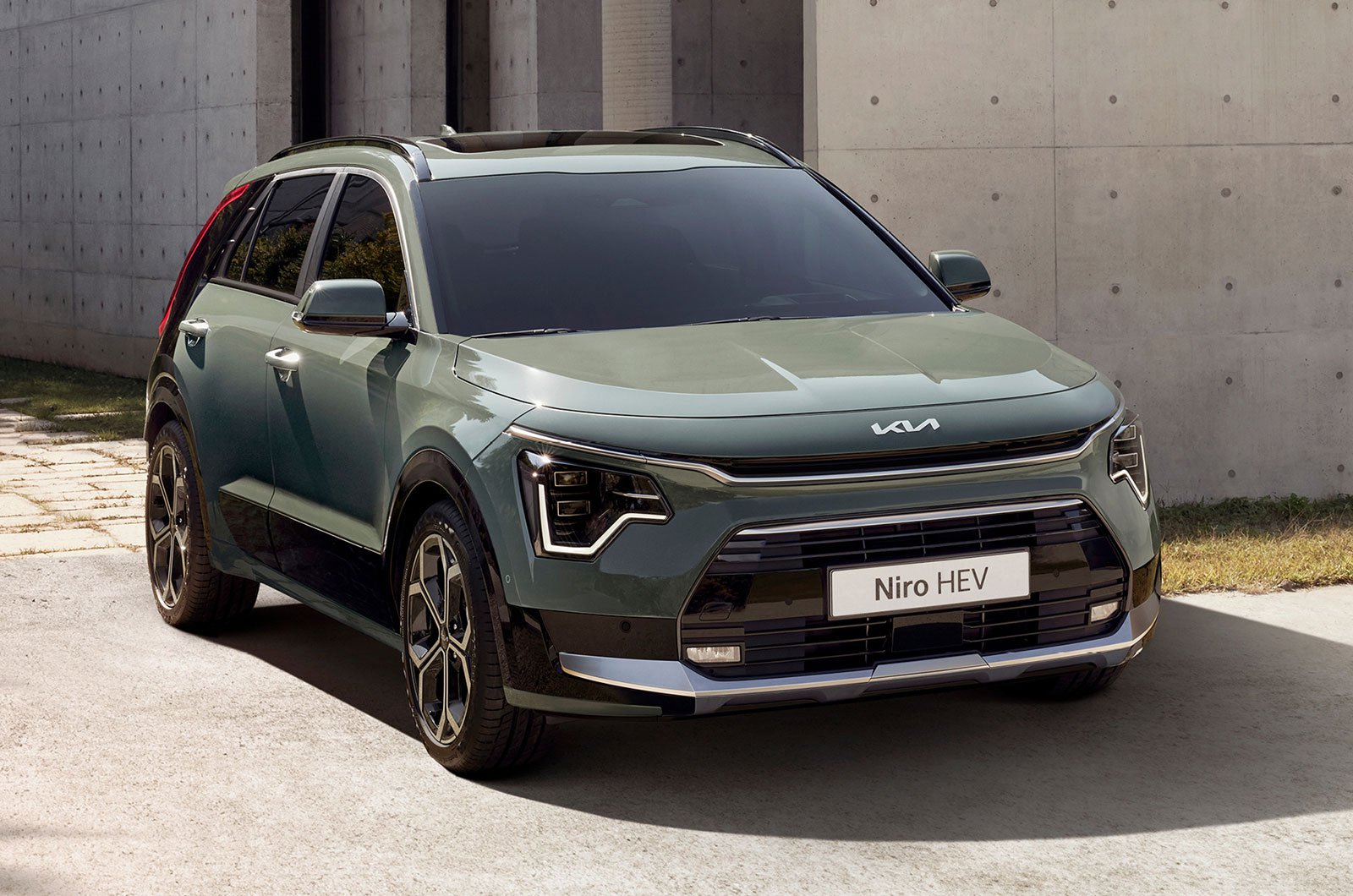 The Niro will continue to be three cars in one – available as a regular hybrid, a plug-in hybrid and a fully electric car, the latter having an official range of 282 miles. The Niro’s looks have changed, though, with a more aggressive front grille, slim LED lights and a contrasting colour panel on its haunches. Inside, you’ll find new digital dials and a larger infotainment screen.

Read our full review of the current Kia Niro >> 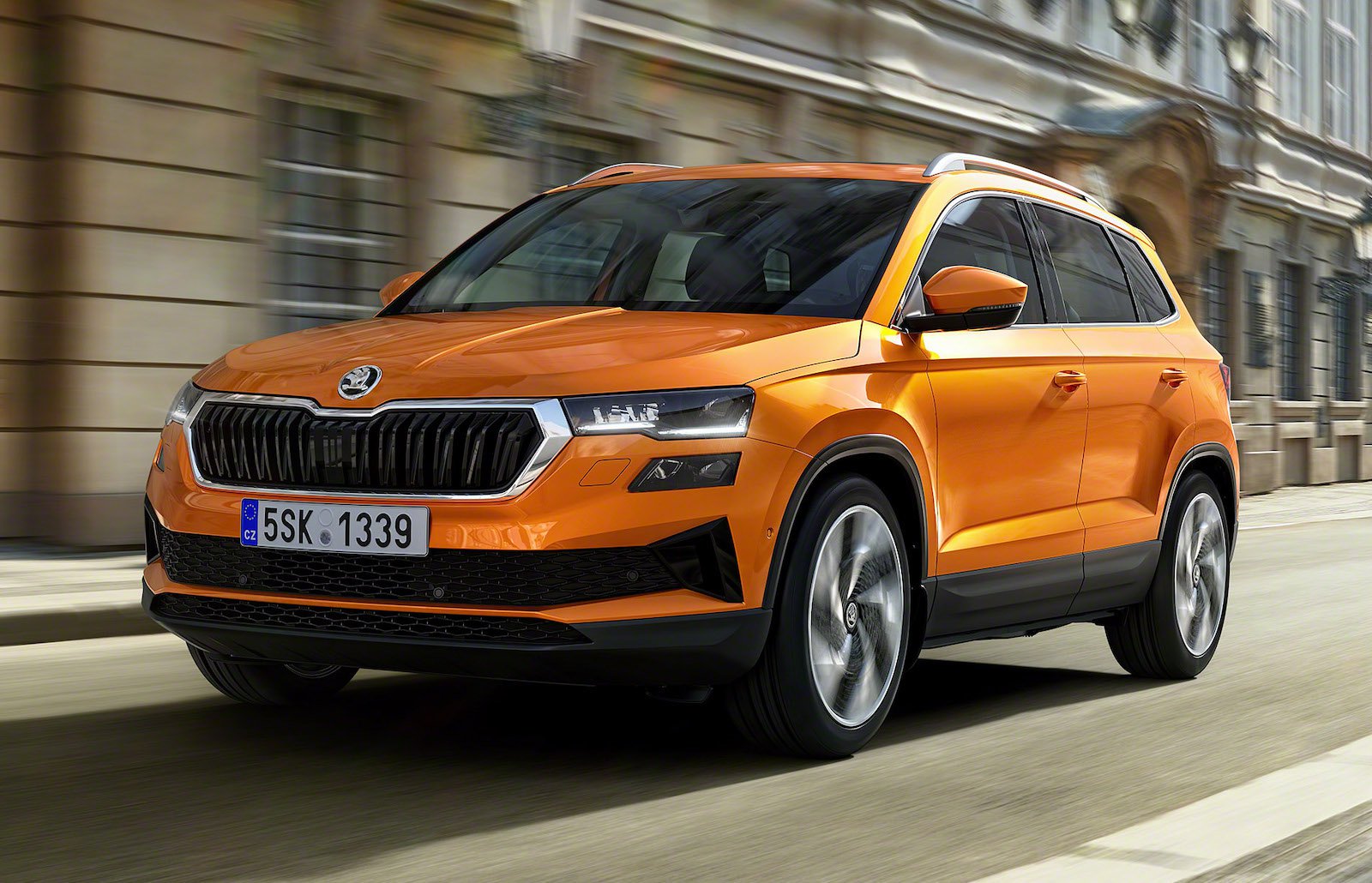 A refresh for our favourite sub-£30,000 family SUV is expected to bring a new-look nose echoing those of the larger Kodiaq and the latest Octavia. The interior will get some technology upgrades, including Skoda’s latest infotainment system. Existing petrol and diesel engines will be tweaked for greater efficiency, and some form of electrification is possible.

Read our full review of the current Skoda Karoq >>